WMC girls fight hard to the end, but lose 59-44 to Springport in Class C regionals

GRANDVILLE – There’s something to be said for playing hard until the end, even when the curtain is closing on your season.

The Warriors, who made a Cinderella run to the regionals by upsetting Kent City in last week’s district finals, finished the season with a 14-10 record. 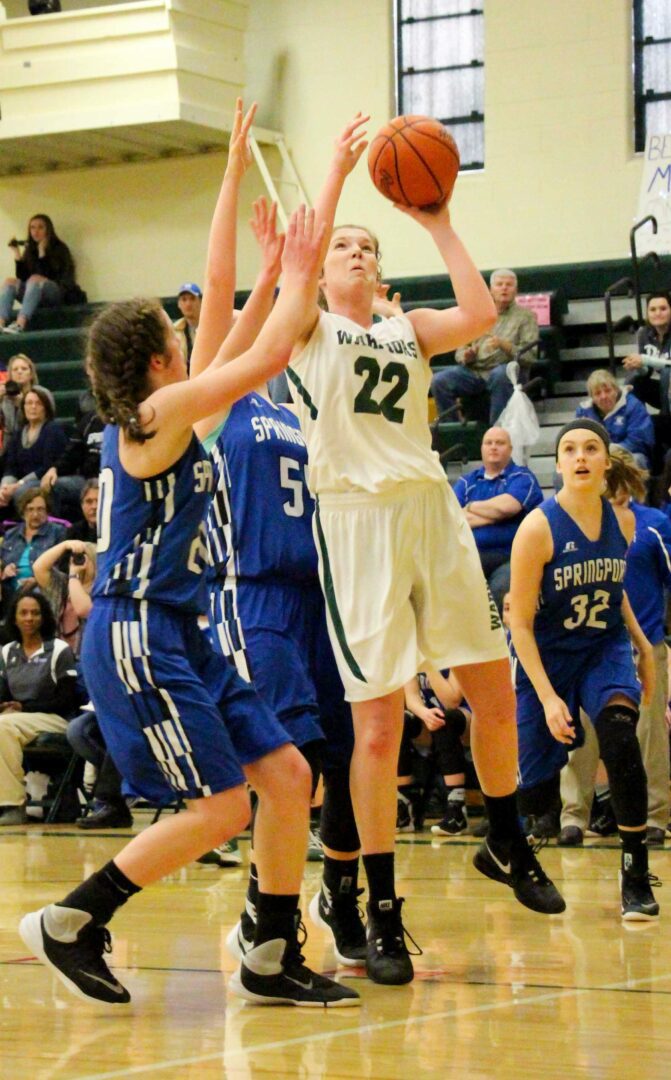 Anna Sytsema goes up for two points in the first half. Photo/Jason Goorman

The Warriors faced adversity right from the tipoff on Tuesday, surrendering the first six points of the game before WMC Coach Jeremy Goorman called a wise time out.

WMC fought its way back to make the score 18-16 at the end of the first quarter. Cassie Kingma led the Warriors with five first-quarter points while Anna Sytsema and Harlie Hubers each added four.

More trouble came on the first possession of the second quarter, when WMC’s leading scorer, junior Aubrey Goorman, went down with a broken nose.

But the Warriors fought and stayed in the game until Goorman returned with 27 seconds left in the second quarter. They trailed 31-25 at the break.

“I liked how we played, being down six at the half,” Coach Goorman said. “(Aubrey) got in foul trouble in the first and then came out with the broken nose. Our girls just played their hearts out and kept it close. I was proud of them.”

Springport gained some breathing room in the third quarter with a 12-4 advantage, and led 43-29 heading into the fourth.

But they couldn’t get any closer and their season came to a close.

“A lot of times we could have given up, but kept battling,” Goorman said. “That’s how it’s been all year. They never give up and it makes a coach proud.”

Defensive rebounding and turnovers were problems for the Warriors. They gave up 10 second-chance points to Springport and coughed the ball up 23 times.

“We had two keys to the game plan – rebounding and turnovers,” Goorman said. “Every shot (Springport) missed, it seemed like they got the rebound. But they’re just a really good, strong team.”

Cassie Kingma led the Warriors with 11 points, Sytsema finished with 10 and Goorman had eight.

Springport was led by Emmy Dyer with 17 points and Alana Nelson with 11. 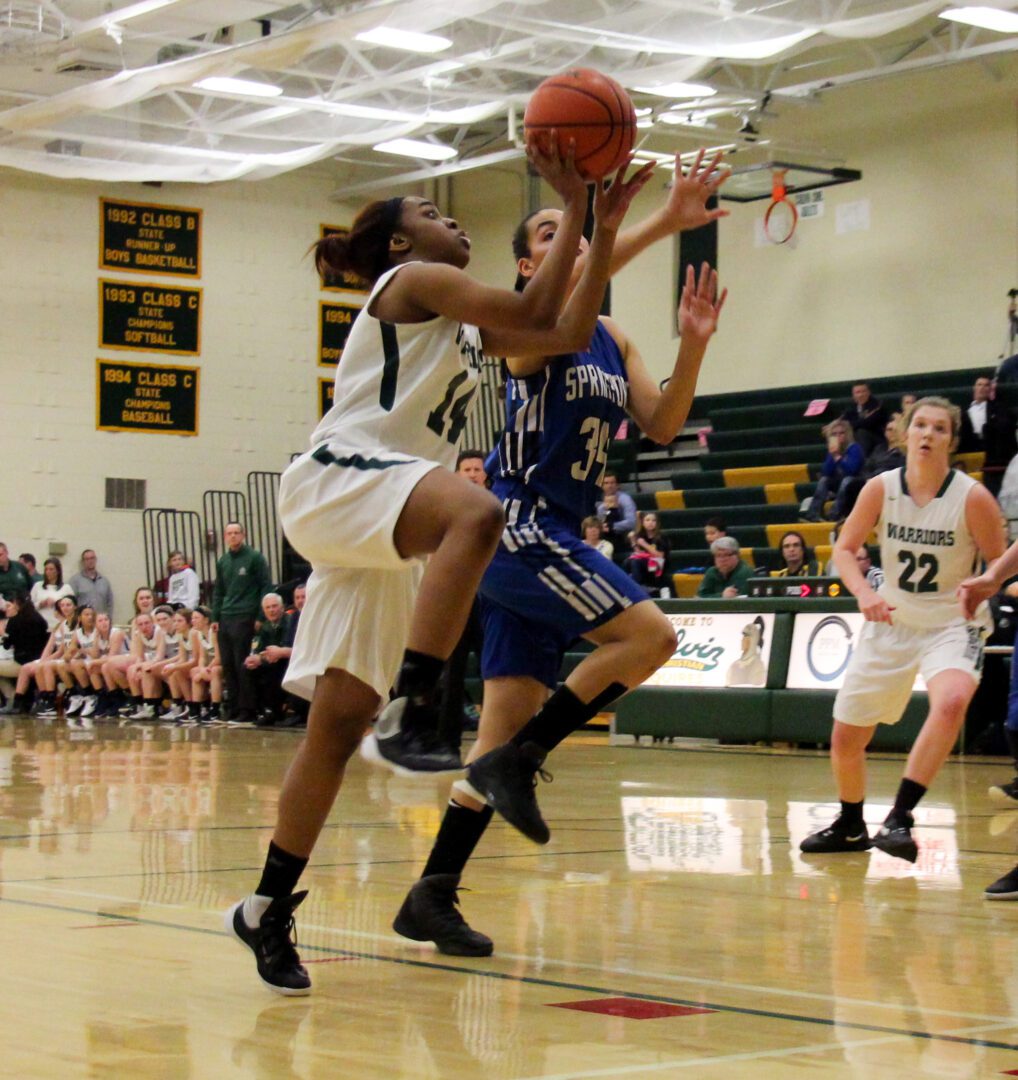 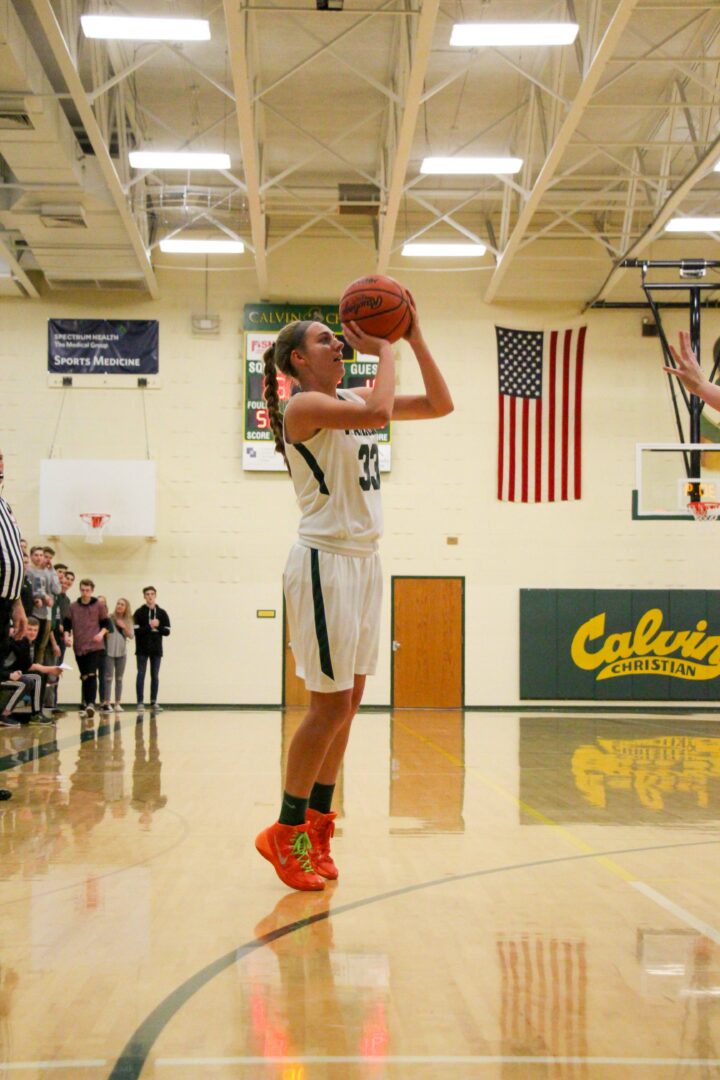 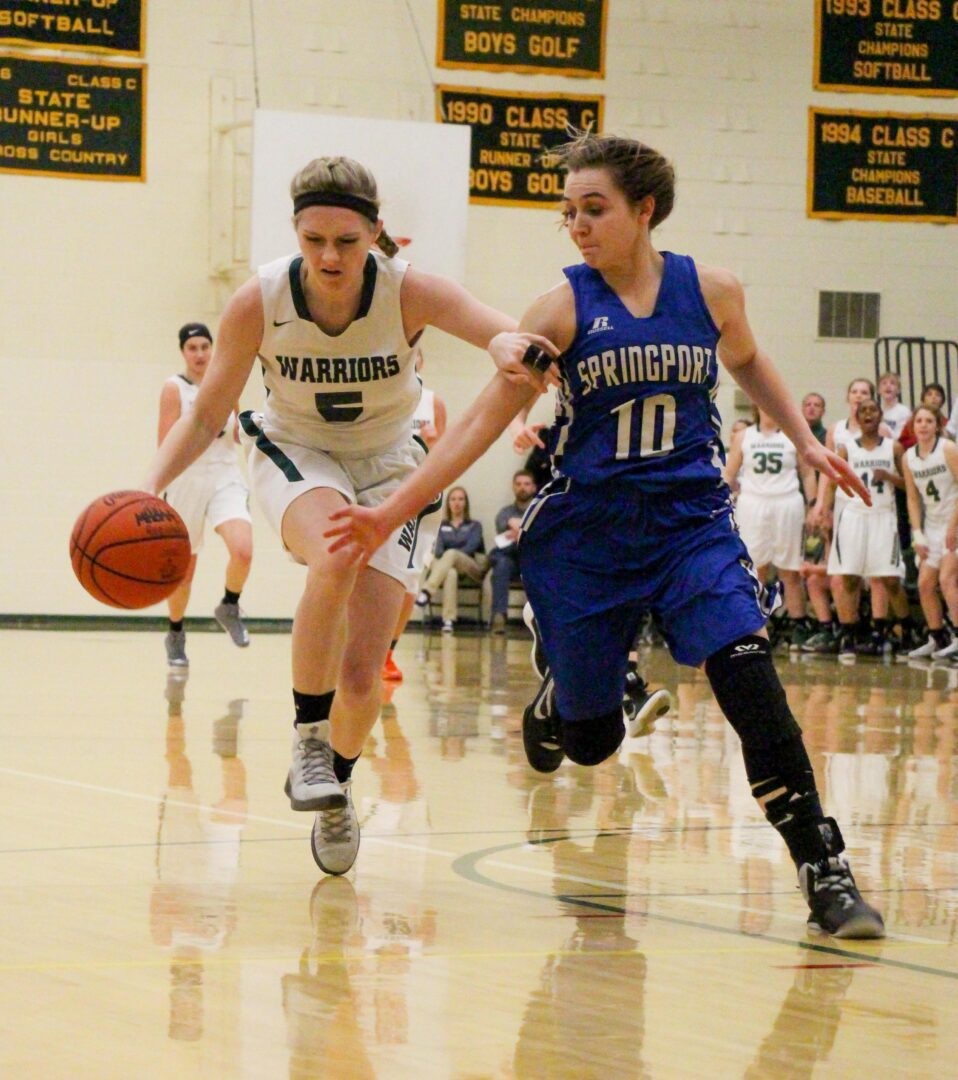 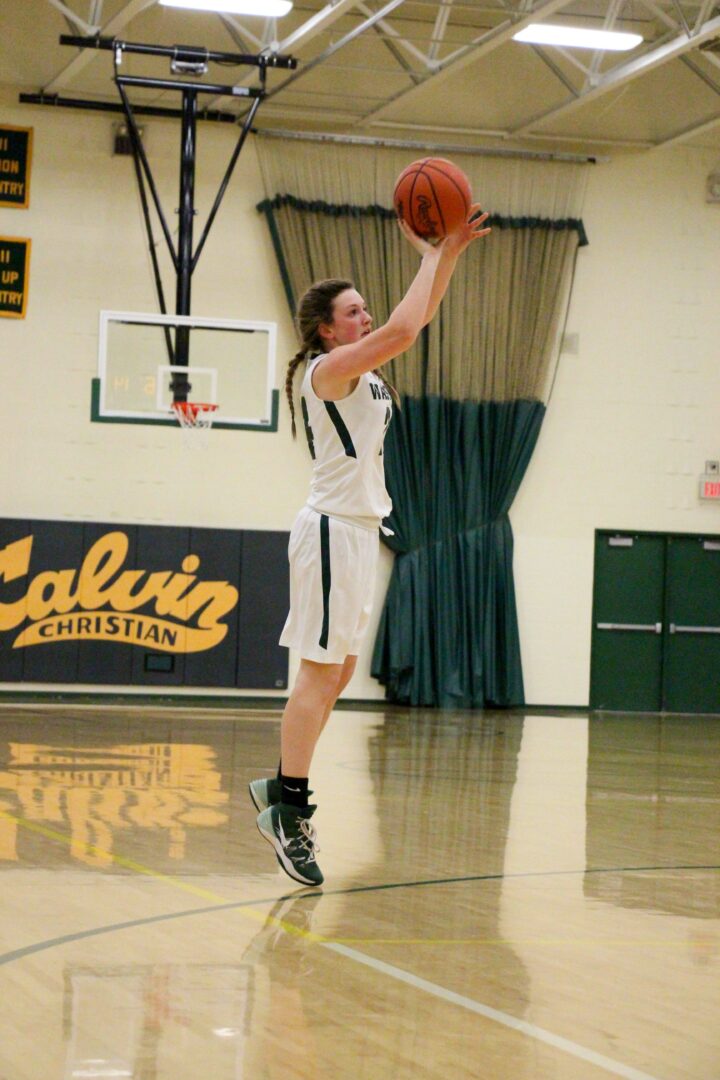 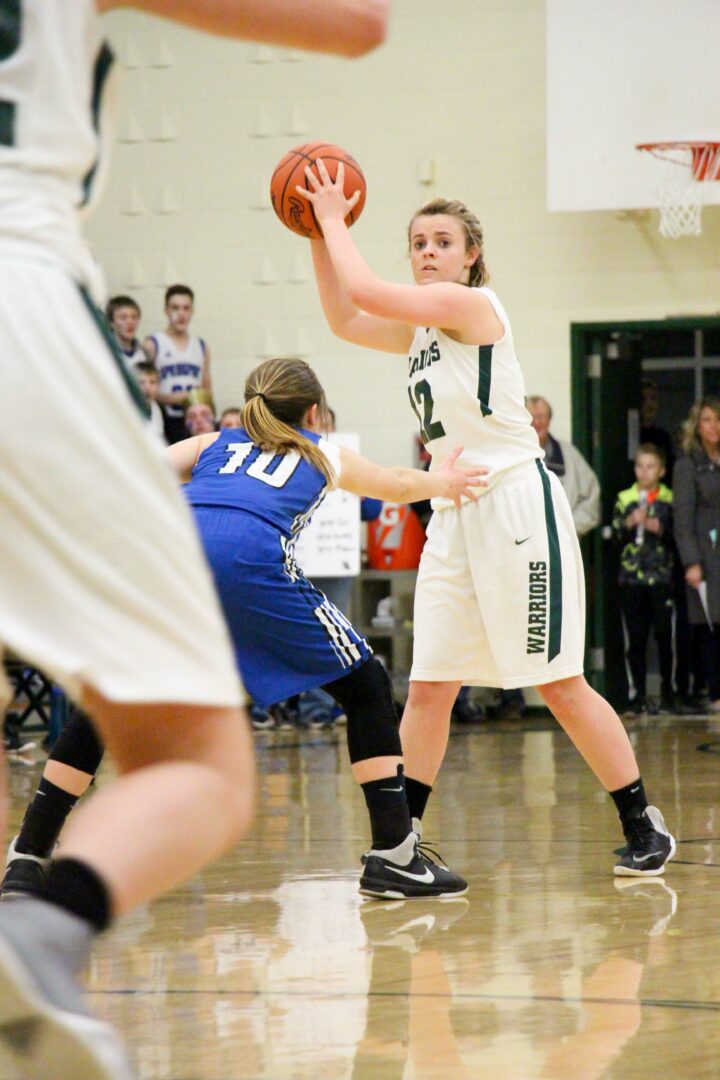 Grace Johnson squares up to the Springport defense. Photo/Jason Goorman 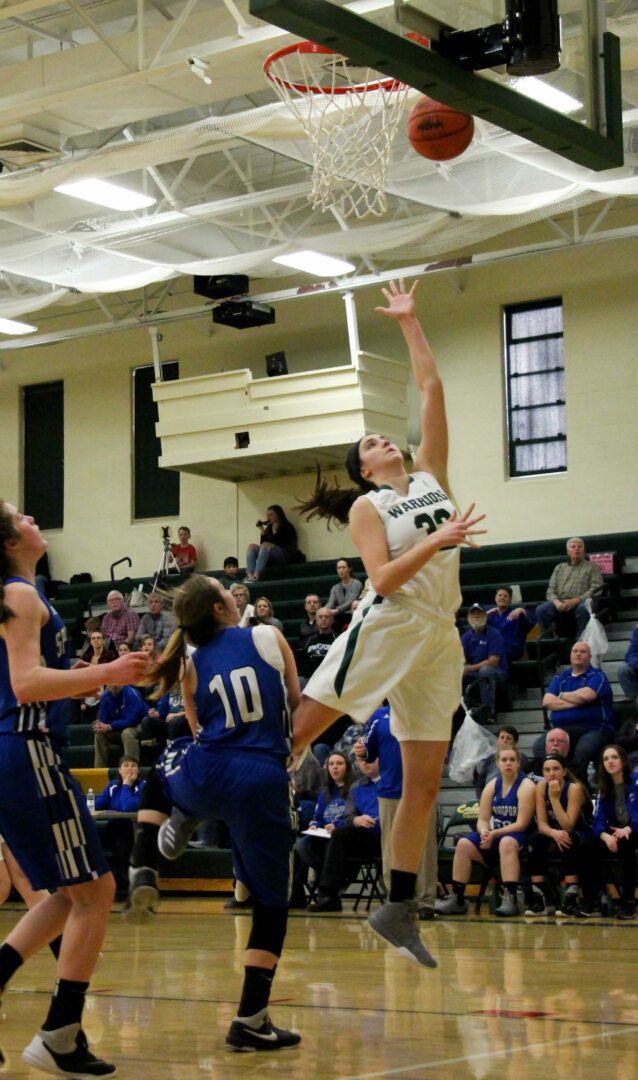 Vernonell Smith’s skills were on display in N. Muskegon’s stunning upset of Montague