Fruitport, Grand Haven each grab a win in a non-league softball matchup

GRAND HAVEN – Two of the better girls’ softball teams in the area squared off on Friday, and to nobody’s surprise, they ended up splitting a non-league

The Fruitport Trojans drew first blood in Game 1, holding off a late Grand Haven rally to claim an 8-7 victory. 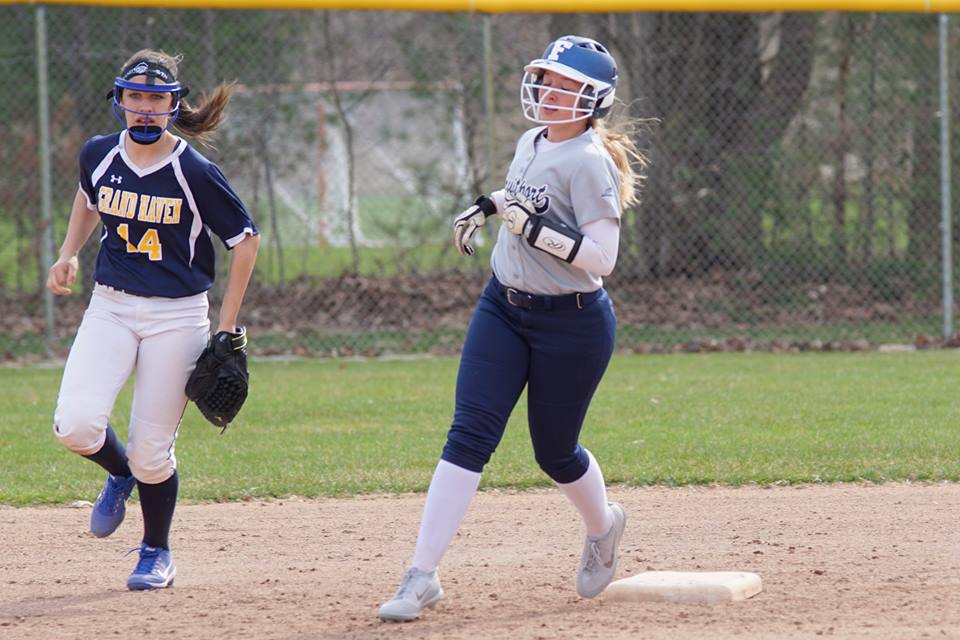 Rachel Paulsen had the big bat for Fruitport, coming just short of hitting for the cycle with a single, triple and a home run.

The Trojans led 8-5 heading in the seventh inning, then Grand Haven rallied to pull within a run. The Bucs had a runner on third and only one out, but Fruitport pitcher Aurora Wilks dug deep to get out of the jam and preserve the victory.

Grand Haven took out its frustration in Game 2, powering its way to a 10-0 victory in five innings.

The Bucs tallied four runs on four hits in the first inning, then tacked on three more in the third on five hits.

Grand Haven finished off the scoring with three runs in the fourth inning. Fruitport failed to score in the top of the fifth, ending the game on the 10-run mercy rule. 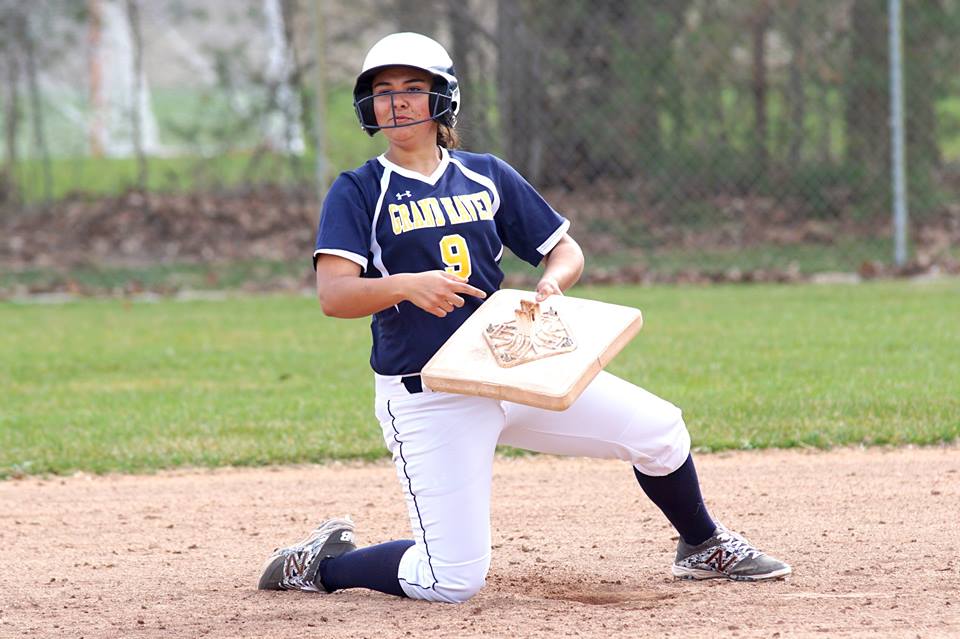 Grand Haven’s Jackie Craw holds up second base after sliding in. Photo/Leo Valdez

Haley Aldred led the way for Grand Haven, going 2-for-2 with two RBIs in Game 2, which gave her five hits in the doubleheader. Mikayla Gronback also had a big game, going 3-for-3 with an RBI.

Bucs pitcher Amaya Scluler did the rest. She scattered five hits while walking two and striking out four to earn the shutout.

“She threw well,” said Grand Haven Coach John Hall. “She commanded. When you can keep them off balance, when you can command your fastball on either side, high and low, east and west, north and south, then you can mix in a changeup, and her curveball on the outside corner was great.”

Fruitport was led offensively in Game 2 by Paulsen, who went 2-for-3 with a single and a double, and by Tori Nash, who had a single, a walk and a stolen base.

Grand Haven (3-1) moves into a tough stretch of games over the next week and a half. The Bucs begin O-K Red Conference play against state-ranked Grandville on Tuesday.

Fruitport (3-1) will face Kenowa Hills at home on Tuesday in O-K Black action.

Boys soccer tournament starts back up, Spring Lake against Reeths-Puffer and Frutport vs. Whitehall are Tuesday’s games to be at