MUSKEGON – The Muskegon Lumberjacks entered Thursday night’s USHL playoff game with their backs against the wall.

They needed a win to stay alive and force a Game 4 in their best-of-five, first-round series against Dubuque.

The Fighting Saints lead the series 2-1, which means the Lumberjacks will again be playing to avoid elimination on Friday on their home ice. Faceoff is slated for7:15 p.m.

“We said all year when there is a challenge, we rise up,” said Lumberjacks Coach John LaFontaine. “It was a great team effort tonight. It was all-hands-on-deck and everybody worked hard.”

The Lumberjacks managed to keep the series alive despite being without four key players – leading scorer Andrei Svechnikov and Jachym Kondelik, who are both competing in an overseas international tournament; along with Mikael Hakkarainen, who is injured, and Matt Steeves, who is suspended. 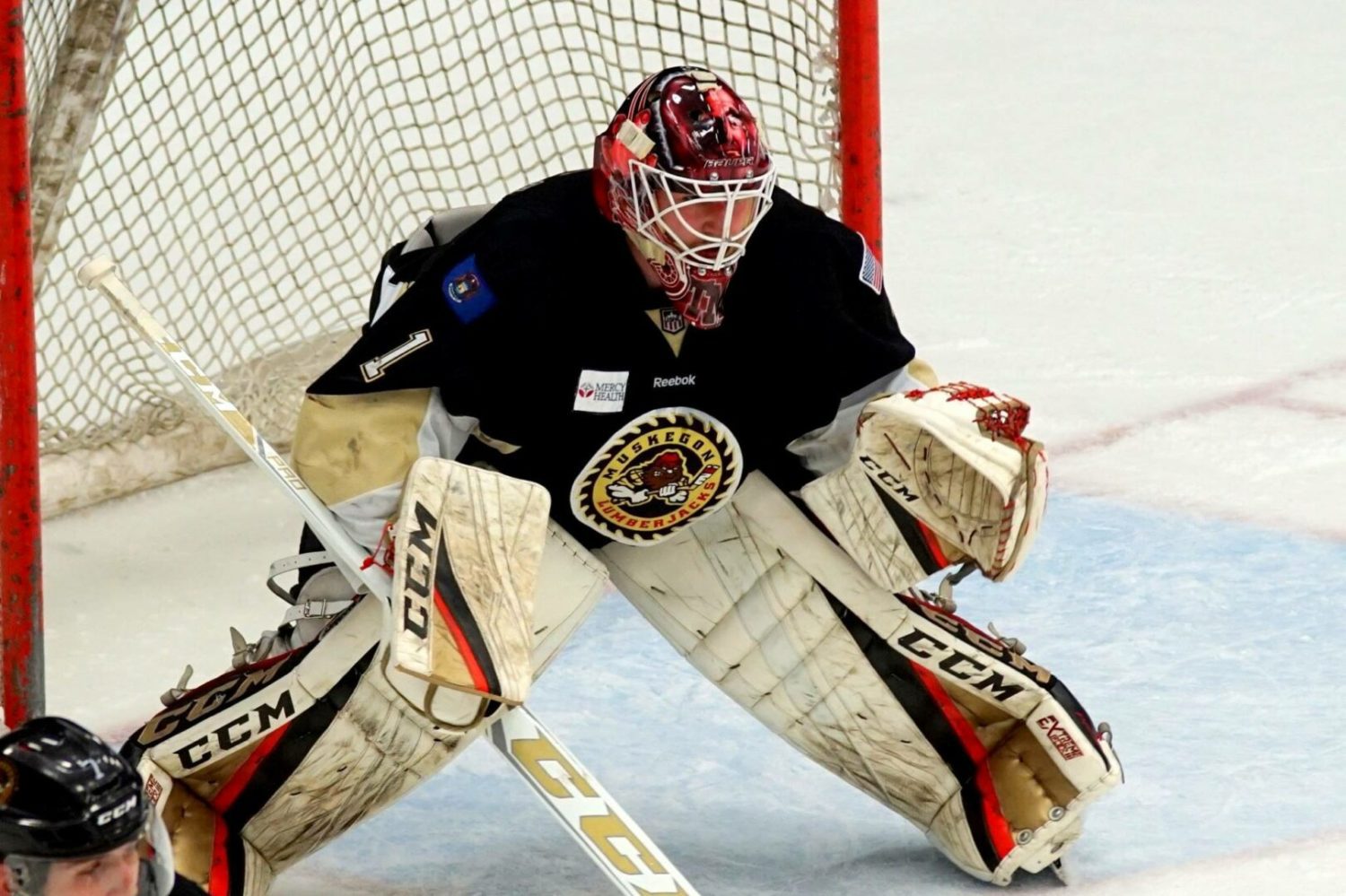 Muskegon’s goalkeeper Adam Brizgala was tremendous for the Lumberjacks in his first ever USHL playoff start.

Brizgala stopped all 33 Dubuque shots for a shutout win. He replaced Keith Petruzzelli, who started the first two games of the series last weekend in Dubuque.

Brizgala is expected to start again in Game 4, according to LaFontaine.

“He played a hell of a game,” LaFontaine said about Brizgala. “Both our goalies just keep getting better, and that’s the difference right now.”

The Lumberjacks opened the scoring at the 10:57 mark of the first period on a goal by Collin Adams, who took advantage of a Dubuque turnover in front of visitors’ goal and buried the shot.

Muskegon thought its lead had increased to 2-0 at the 17:40 mark of the first period, but Austin Albrecht was ticketed for a charging penalty on the play, nullifying the apparent goal.

The Jacks finally took a 2-0 lead at the 1:41 mark of the second period on a power play goal from Marc Del Gaizo. 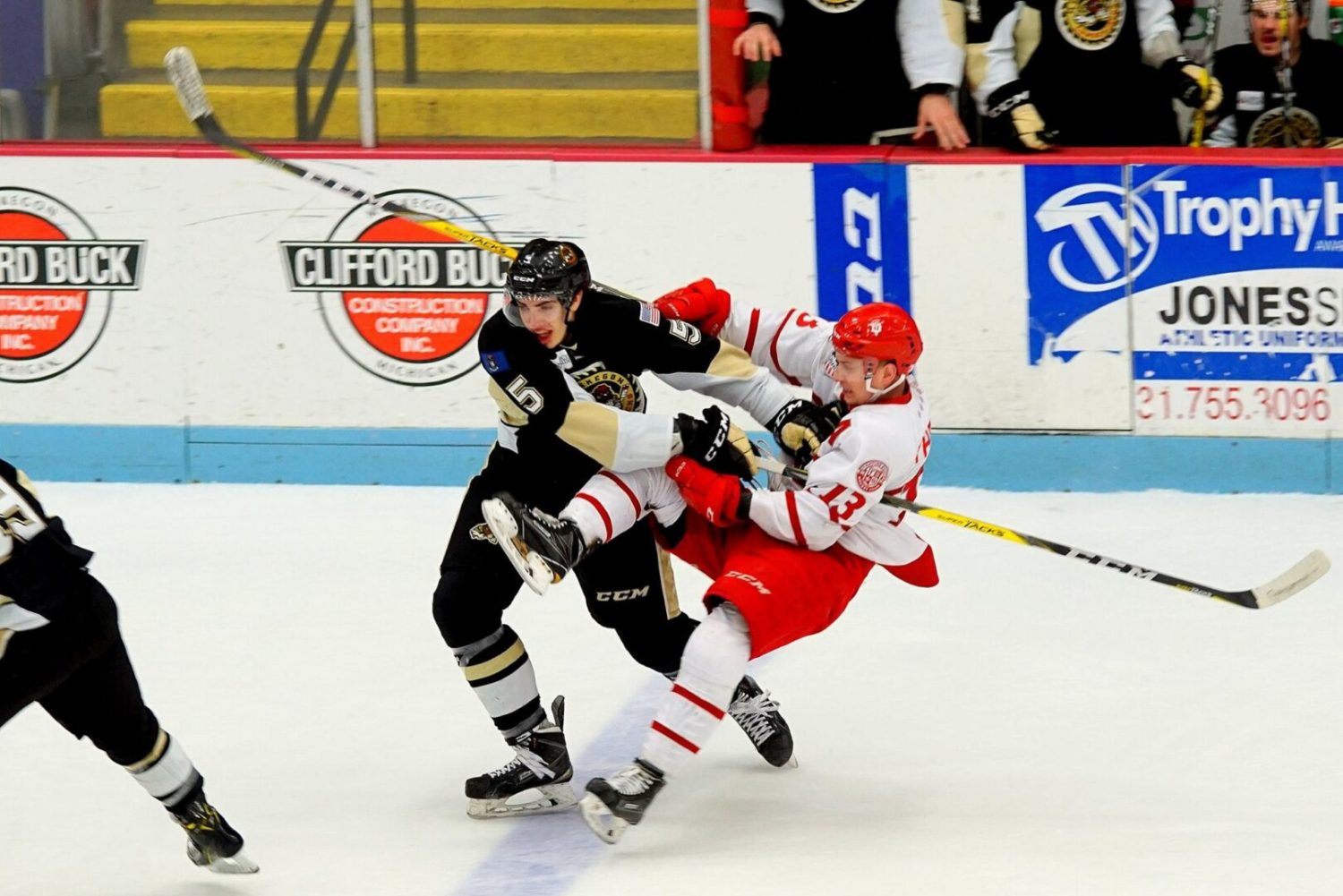 Both teams had to cools their heels during the second intermission, which ran about 45 minutes longer than usual due to a malfunction with the arena’s Zamboni.

The game almost resumed with only a quarter of the ice resurfaced, but Dubuque refused to continue play until the entire rink was resurfaced.

Muskegon’s penalty-killing unit was key in the third period, stopping both of Dubuque’s power-play opportunities. The Jacks held the Fighting Saints scoreless in all six of their power play chances throughout the game.

The Lumberjacks capped off the scoring with an empty-net goal from Ty Farmer at the 16:35 mark of the third period.