FRUITPORT – The Mona Shores soccer team had its first big test of the week on Tuesday, and passed with flying colors.

The Sailors faced off against Fruitport in an O-K Black Conference showdown between unbeaten teams. 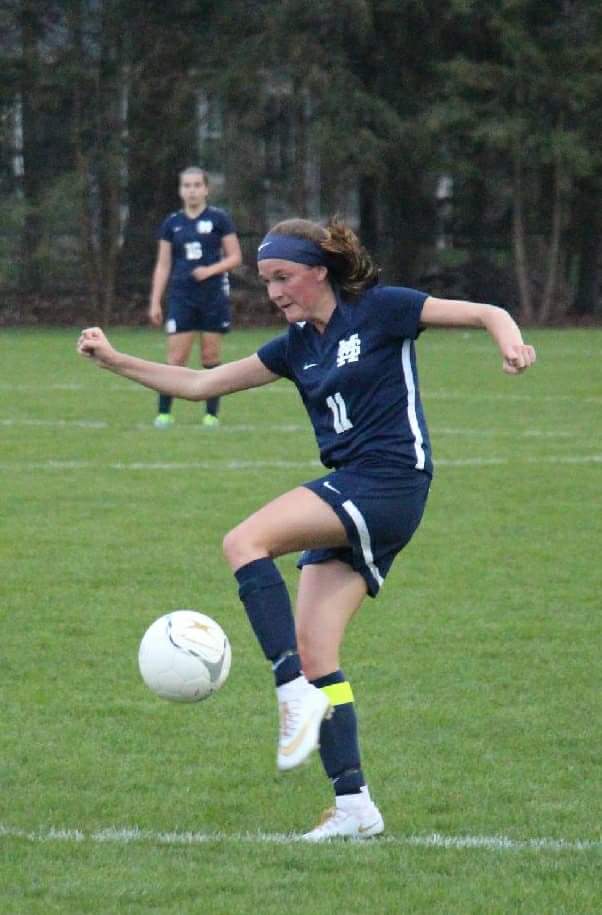 Sarah Mikesell blasts a shot for Mona Shores early in the second half. Photo/Jason Goorman

Raegan Cox scored two goals and Mona Shores emerged with a 4-1 victory, improving their record to 8-0 overall and 3-0 in conference play.

The Sailors will face another conference challenge on Thursday when they play rival Reeths-Puffer and its standout goalkeeper, Elysia Mattos.

“Any time you can win at Fruitport and take a game away in the conference, it’s huge,” said Mona Shores Coach Dylan Darga. “We took a game from Jenison, we took one from Fruitport, now hopefully we can get the same result on Thursday at Puffer.”

The Sailors had a bit of an advantage on Tuesday, because Fruitport was missing five starters, four of whom were in California for an academic competition.

“I’m very pleased with the way we played,” said McClain, whose team dropped to 6-1 and 2-1. “I had to bring up two freshmen who are not used to this speed, and they did pretty well.”

It didn’t take long for the Sailors to get on the scoreboard.

Less than eight minutes into the game, junior Carlie McNiff centered from the left wing to Cox, who beat Fruitport goalkeeper Madalyn Fett to the loose ball and blasted her team-leading 11th goal of the season. 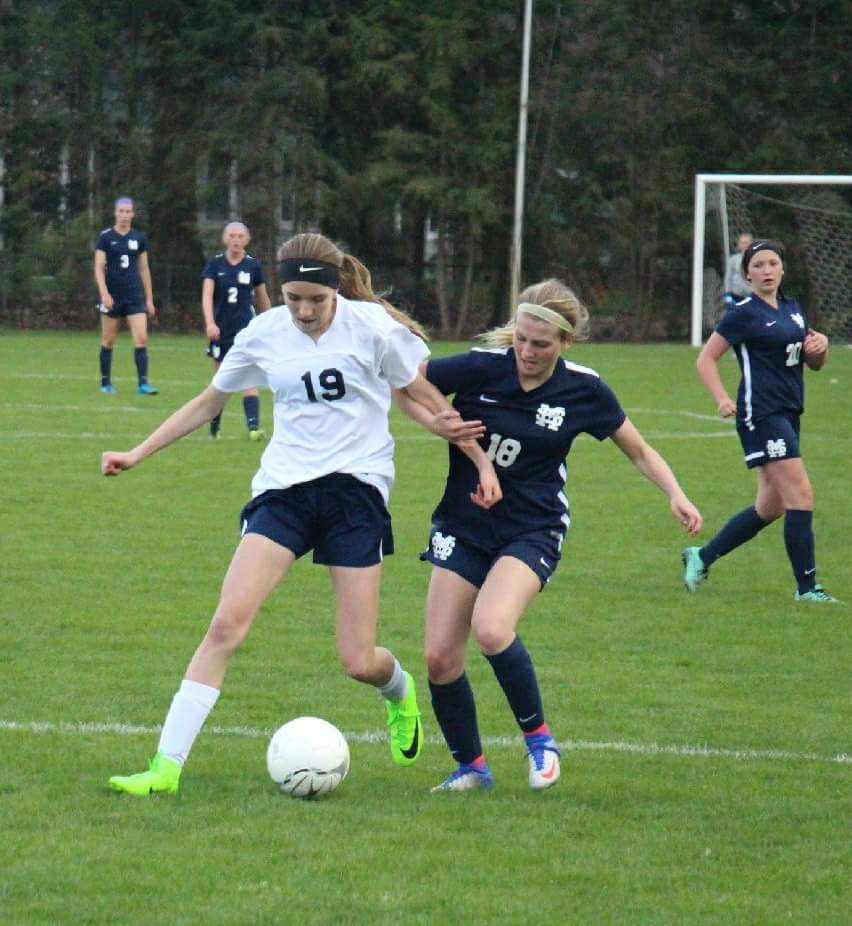 With 24:35 remaining in the first half, Cox was taken down just inside the penalty box and was awarded a penalty kick. Her kick went to the top right corner of the net and put Mona Shores up 2-0.

Fruitport was whistled for another penalty about eight minutes later.

Mona Shores junior Erin Powers had the free kick and lofted the ball downfield. Sailor forward Sarah Mikesell emerged with the ball and hammered a shot into the right side of the net to put the Sailors up 3-0 at halftime.

The goal was Mikesell’s 11th of the season.

Fruitport made halftime adjustments and controlled the zone in the second half, especially in the final 25 minutes.

The Trojans got on the board with 21:08 remaining when freshman Ellie Fisher found Isabelle Raven far out on the left wing. Raven lofted a shot that went over everyone’s head and into the net and made the score 3-1.

The best save of the night came with just over 10 minutes to play when Shores freshman Alexa Musk blasted a shot from less than 10 yards out, but Fett made a diving stop to rob the Sailors of another goal.

Mona Shores finished the scoring when sophomore Alexa Dorsey centered the ball to the goal line, where it deflected off a Fruitport defender and went in the net. 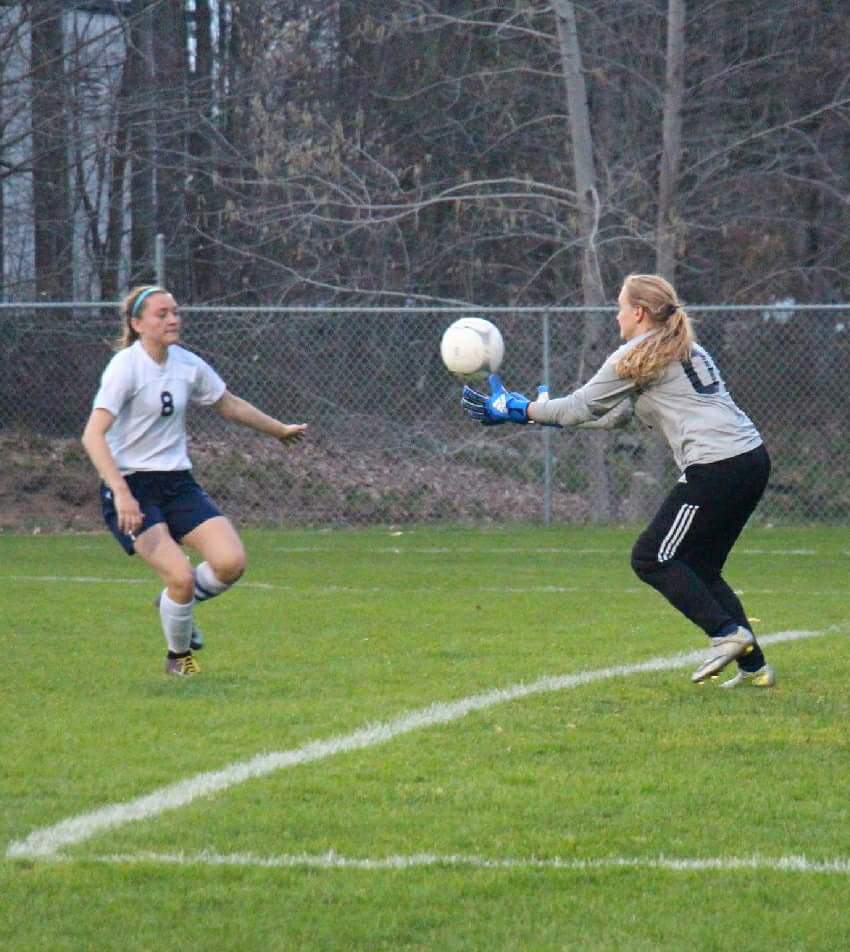 Megan Swanker gets ready to make the save for Mona Shores with Peyton Erndteman waiting in case of the rebound. Photo/Jason Goorman 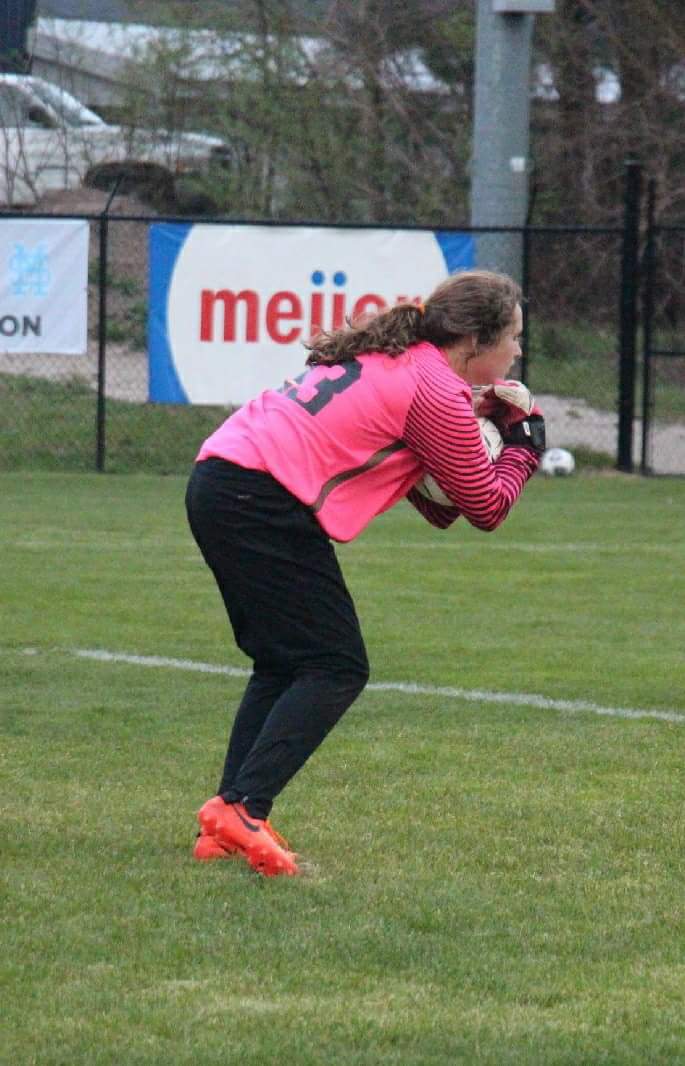