MUSKEGON –Going into the season, the Reeths-Puffer girls’ soccer team planned to focus its offense around junior standout Haley Ruiter.

That all changed when, a week before the first game, Ruiter tore her ACL and was forced out of the lineup for the season. 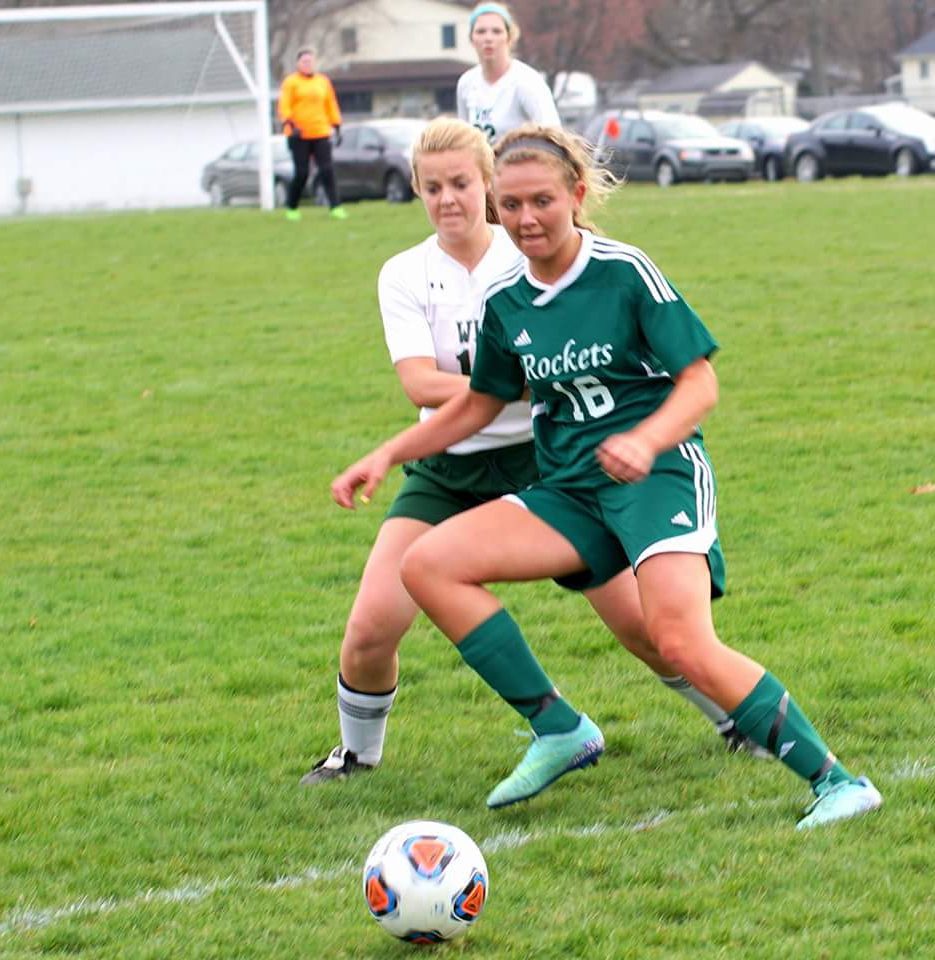 The Rockets visited Division 4 state power Western Michigan Christian on Thursday, and learned they can beat good teams, even with their top scorer missing.

Three quarters of the game passed before either team got on the board, but Reeths-Puffer broke the deadlock with 15 minutes to play, then added an insurance goal to claim a 2-0 non-league victory.

“We had a lot of high expectations coming in, then a couple season-ending injuries took over,” said Reeths-Puffer Coach Jeremy Tjapkes, whose team improved to 1-1-1 on the season. “(Ruiter) was a big part of all our scoring.

“We have to find out who we are now without her. For two years we’ve had her and we’ve built our offense around her, now other girls need to step up. We’ll do it by committee now.”

Neither team was able to sustain significant pressure in the first half and went into halftime in a scoreless tie. 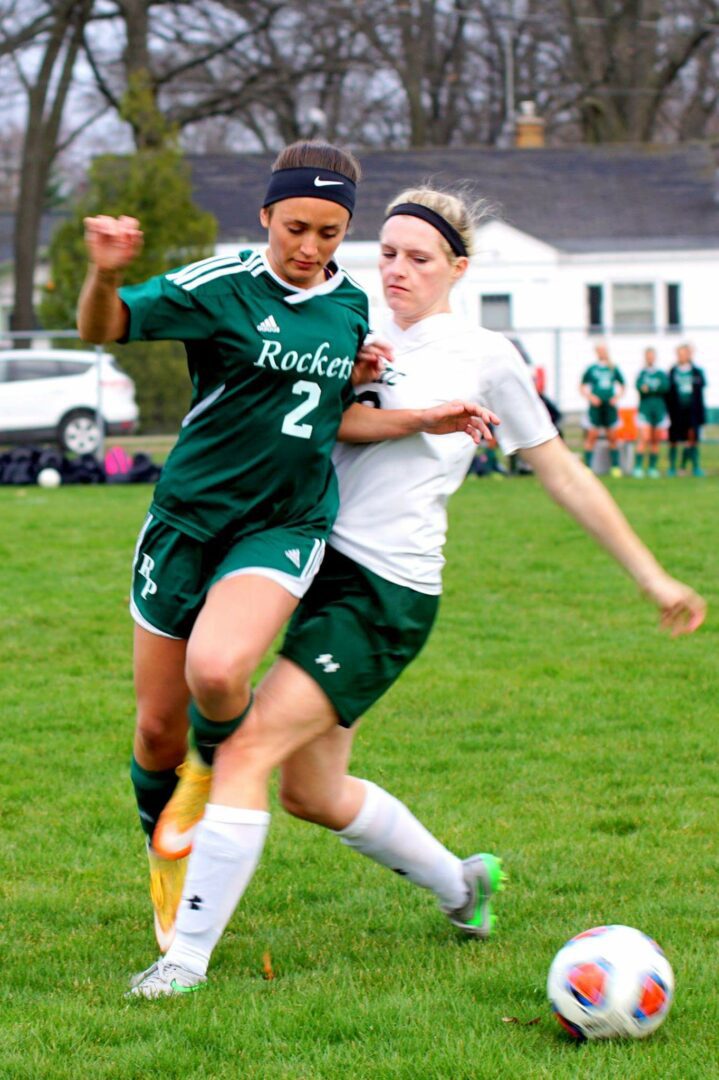 As the second half wore on, the depth of each team became more and more apparent.

Reeths-Puffer was able to substitute three or four players at a time and keep everyone fresh, while WMC, a much smaller school, had just four players on its bench.

“They’re a better team than us, we recognize that, we really only had three subs (due to injuries),” said WMC head coach David Hulings, whose team fell to 2-2. “Not an excuse, but they’re a Division 2 team, so they’ve got their whole student body sitting over there.

“I felt like we stayed with them pretty good. Our defense was superb up until we made a mistake. We had one swing and a miss that let somebody in, and then we’re in trouble.”

Blaski fed freshman Kendall Jones at the top of the box, and Jones fired a long shot off the far post and into the net, putting the Rockets up 1-0.

Less than ten minutes later, Jones returned the favor, finding Blaski with a pass on the left wing. Blaski let go a slow rolling shot that hit the far post and bounced into the net to give R-P the 2-0 victory.

“Kendall and Amber kind of played off each other well,” Tjapkes said about Jones and Blaski. “In the second half, we moved Amber from center back to forward and she ended up getting a goal and an assist, so it was the right move.

“We’re not always going to do that in games, but sometimes when we see an opportunity we take it. That was an opportunity today and it worked out. Maybe tomorrow it doesn’t.”