Maybe after a doubleheader sweep of visiting Whitehall on Friday at Mona Shores High School, the lightbulb is starting to go off for the young Sailors. 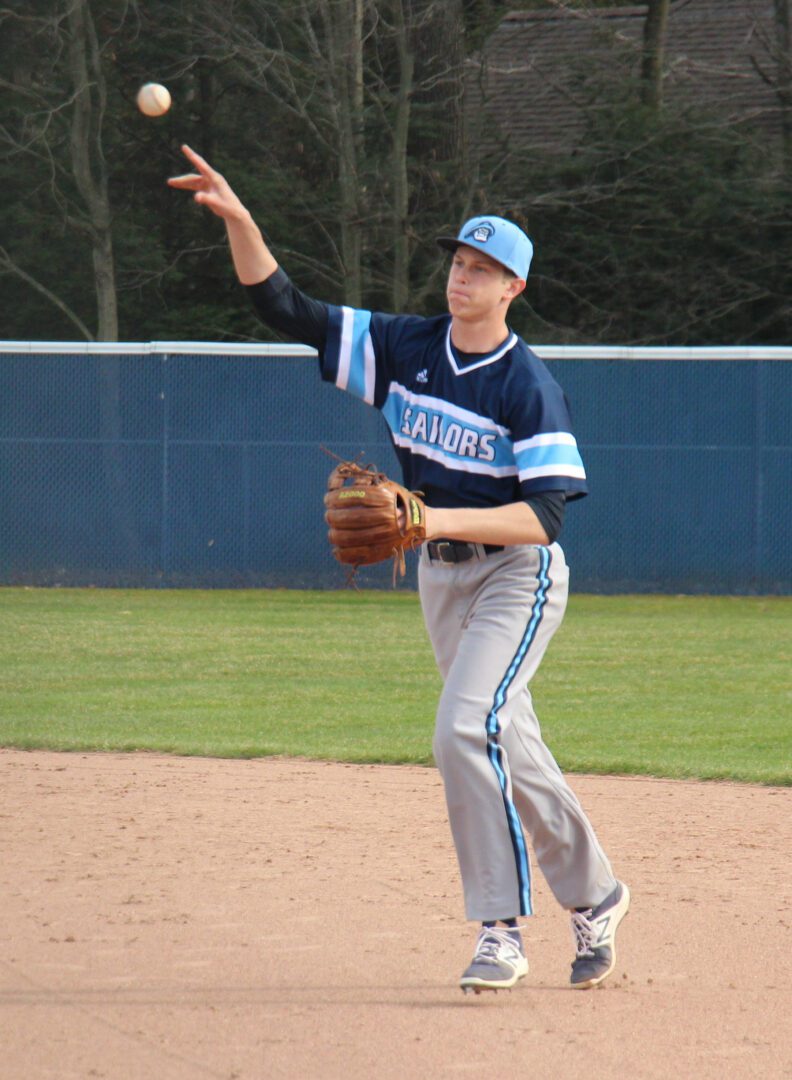 Caden Broersma makes the throw from second base for Mona Shores. Photo/Jason Goorman

Mona Shores pulled out an exciting come-from-behind 5-4 victory over the Vikings in the opener, and then took advantage of Whitehall’s shaky relief pitching in a 12-2 mercy-shorted win in the nightcap.

The non-conference sweep improves the Sailors’ record to 3-4 overall – a much-needed boost after dropping three of four to O-K Black rival Jenison this week.

“We were coming off a loss in extra innings yesterday to Jenison, 13-11, so it was nice to be able to bounce back,” Bard said. “The first five, six innings (Whitehall) kept us off balance with a lot of curves. We were out in front of everything. But we used our bunt game to our advantage in the bottom of the seventh.

“We’ve got some younger kids with good speed. Kids like Matt Martin and Jake Walhberg, they helped set us up for success with their speed.”

Alec McNarland got the double bonus in the opener, connecting on a walk-off hit through the hole between first and second base in the seventh inning, and also pitching the win in relief.

“It was good to see us come back,” Bard said. “Even in our losses, we’ve shown the ability to fight back and stay in games. Same with tonight. We came back late. It’s good to see that.” 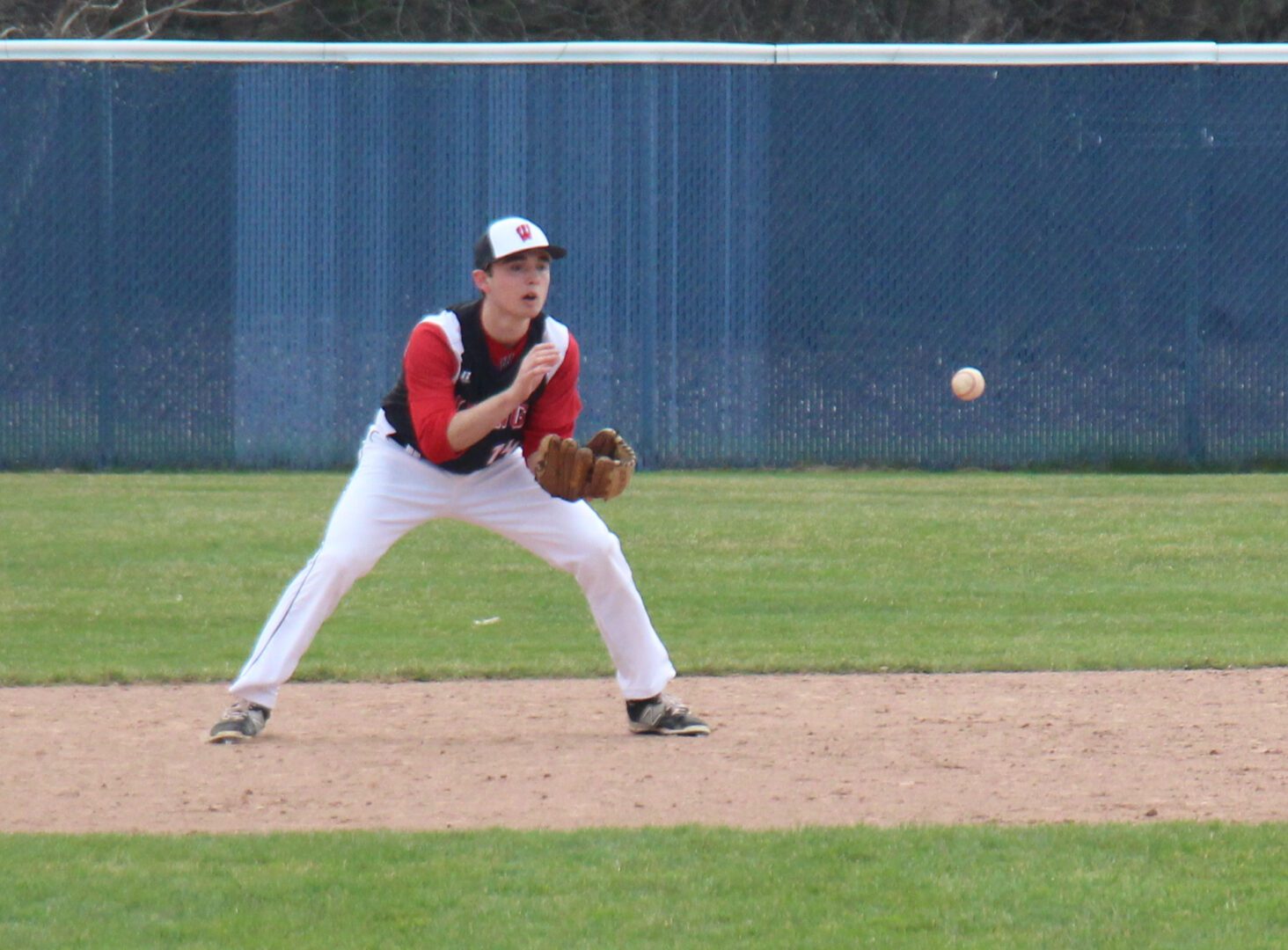 In Game 2, some fresh faces with familiar names – freshmen Caden Broersma and Kolbe Trovinger – brothers of Mona Shores grads and current Division 1 athletes Hunter Broersma and Tyler Trovinger – each got their feet wet at the varsity level.

Broersma picked up the win on the mound, keeping Vikings’ hitters off balance with a good fastball and sweeping curve.

He allowed just two hits, and fought through his only rough inning in the fourth when he walked the first two Vikings he faced, then gave up an RBI single to Luke Evans. He finished with five strikeouts.

“He’s got great command of his curve,” Bard said. “He started 3-0 on the first batter he faced, but he struck out the side on three batters in the first inning. This was his first time being on the mound for us and I thought he pitched very well. He’s coming along with his hitting, too, but I decided to DH for him today.”

The Sailors took advantage of three Whitehall relief pitchers who each struggled to find their command in the fourth inning. As a result, Mona Shores sent 14 batters to the plate in the inning, and turned a 2-2 game into a 11-2 blowout.

Junior Connor Belanger had one of the key hits, a two-run shot to the gap.

“We carried the momentum from the walk-off win in the opener to the second game,” Belanger said. “That first game we started slow, but we just decided to pull it together and we got a few good hits. And it carried over.”

Walhberg and Jackson Neely also had fourth-inning RBI hits for the Sailors.

Nick DeBruin’s RBI single in the fifth gave the Sailors’ a 10-run advantage and ended the contest early. 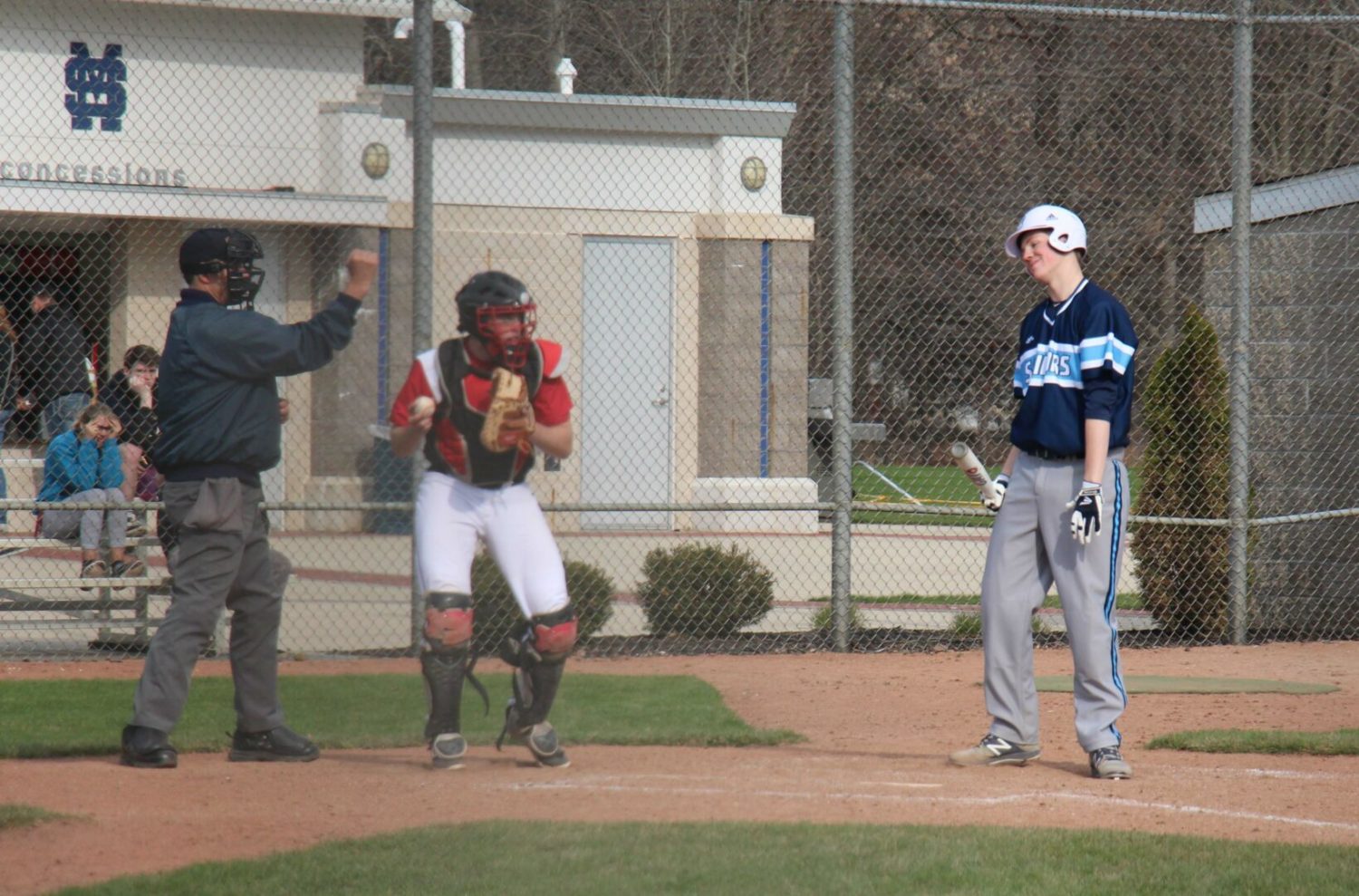 Nick DeBruin reacts after a called strike by the umpire. Photo/Jason Goorman 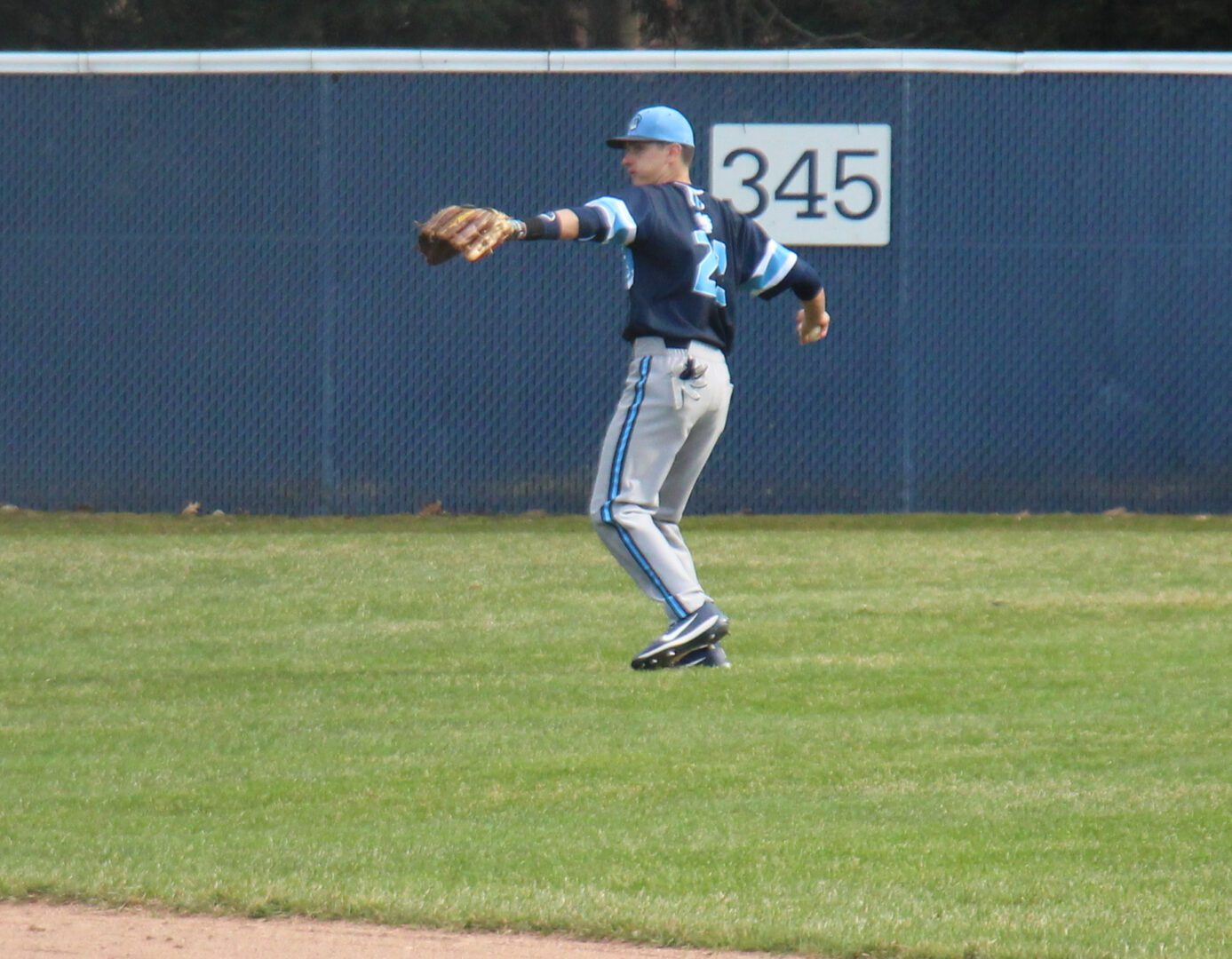 Kolbe Trovinger throws the ball back into the infield after a Whitehall hit. Photo/Jason Goorman 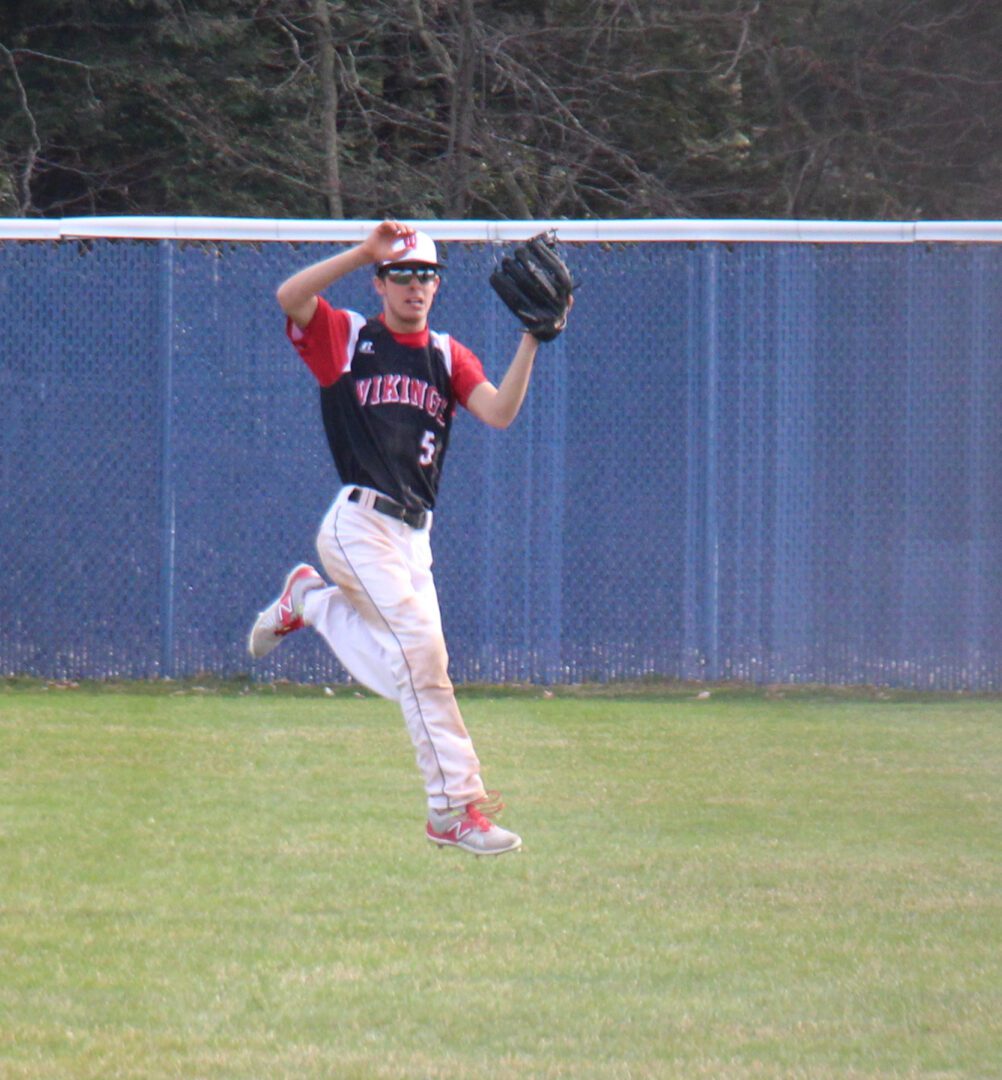 Lukas Evans slides into second base on the Whitehall steal. Photo/Jason Goorman