After a so-so start, the young West Michigan Whitecaps are piling up the wins

COMSTOCK PARK – In lower-level minor league baseball, it’s all about young players adjusting to the professional game and finding a comfort zone.

They started out in bit of a funk, going 6-8 after 14 games. But they’ve been on fire since then, winning 18 of past 22 games, including a three-game sweep of Burlington on the road last week.

They have a 24-12 record and are one game behind first-place Dayton in the Midwest League’s Eastern Division. The Whitecaps will begin a three-game series at home against Bowling Green on Monday at 6:35 p.m.

Performing so well, so early in the season, has been no small feat for a group of young guys who are mostly in their first or second seasons of professional baseball, playing at the Class A level of the Detroit Tigers’ minor league system.

They have to adjust to each other, a much longer season than most of them ever played before, all the travel that goes with it, and the pressure of performing well enough to get their careers off the ground.

That’s a lot of challenges, and they are handling it beautifully. 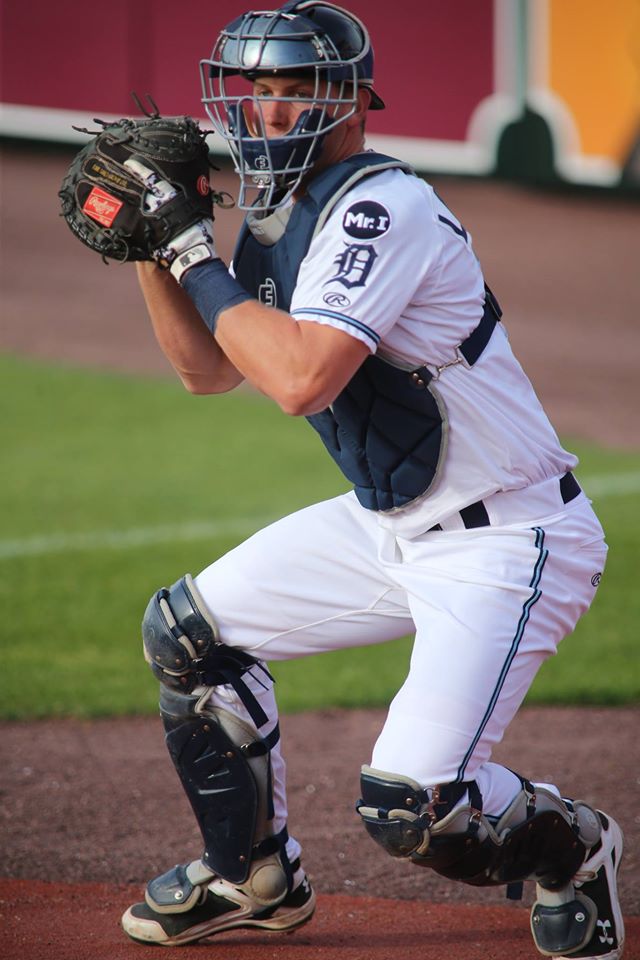 “It’s a great bunch of guys,” said first-year Whitecaps Manager Mike Rabelo. “They are getting a little more comfortable with their living situations and getting settled in. But it’s minor league baseball, and everyone is in the same boat, whether living with a host family or in an apartment.”

Whitecaps first baseman Blaise Salter said many of the players are familiar with each other before coming to West Michigan, so that wasn’t much of a problem. He said the improved record has simply been a matter of performing better, particularly at the plate.

“I don’t think it takes too much time,” said Salter, who played college baseball at Michigan State. “The majority of us played in Connecticut last year so we’re pretty familiar with one another and the coaches. A lot of us played on same team in spring training so we kind of knew where we’d be.

“We started off with pitchers really hot and the batters a little slow, but I think now it’s starting to equal out. The pitchers are still pitching great, and now we’re getting some timely hitting.”

Getting the team out of the gate on the right track is a credit to Rabelo and his staff. They worked with many players in the Detroit Tigers’ minor league camp in Lakeland, Florida in February and March, but didn’t know for sure, until days before the season opener, exactly who would be assigned to West Michigan.

“Tigers personnel look at it and for the most part make the (roster) decisions,” Rabelo said. “I have some input here and there, but they’re the administrators and put the teams together at every level.”

Rabelo has had one advantage in sorting out his new squad, because he managed many of the current Whitecaps in Connecticut last season, at the entry level of the Tigers’ minor league system. 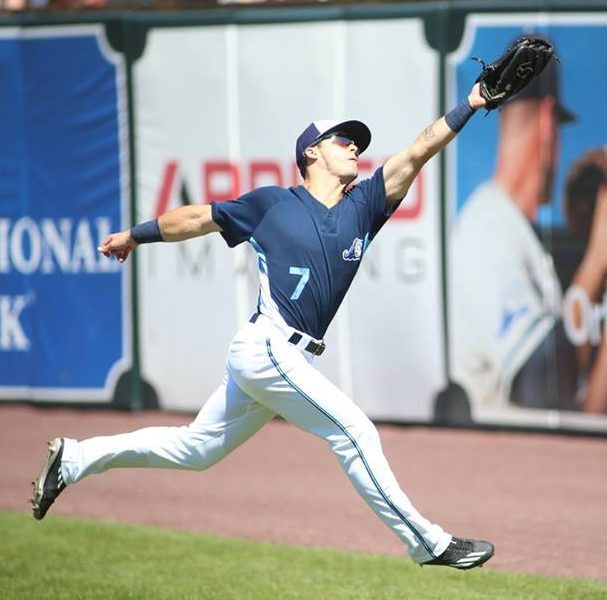 Jacob Robson stretches out to make the catch for West Michigan. Photo/Tom Reynolds

He also said it’s easier to manage the Whitecaps’ 25-man roster than it was to handle personnel in Connecticut, which carried 35 players.

“With only 11 position players I can manage a little more,” said Rabelo, who has the luxury of carrying an unusually large 14-man pitching staff. “I haven’t changed much so far with lineups, but it will change as the year goes on.”

Pitching staff has been key to the Whitecaps’ early success. The group has an outstanding team ERA of 2.47 and a WHIP of 1.09.

Austin Sodders has team-high four wins with a barely noticeable 0.87 ERA. Kyle Funkhouser leads team with 41 strikeouts and has a 3-1 record with a 3.91 ERA.

Gregory Soto opened the season by pitching an amazing 28 innings without allowing an earned run, until that streak was broken on Saturday. He now sits at 3-0 with a 1.26 ERA.

The Whitecaps’ have a very impressive team ERA of 2.55, which is second in the league.

“You’re only as good as your pitching,” said Rabelo. “Obviously you have to score to win, but if you’re giving up more than you’re scoring, you’re not going to win.” 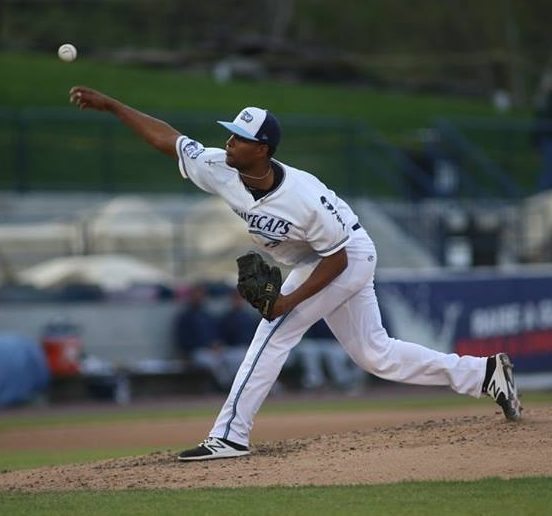 Tom De Blok delivers the pitch during a game on April 24. Photo/Tom Reynolds

The offense has come around, as well. After struggling at the plate early in the season, the Whitecaps now have a respectable .253 team batting average, which is fifth in the league.

Left fielder Jacob Robson is leading the team with a .336 batting average. Cam Gibson has a team-best five home runs.

Salter was named the Midwest League’s Player of the Week in late April, after hitting .407 with three doubles and a pair of home runs.

“It’s a big honor,” Salter said. “You look around this league and there are a lot of good players. To be mentioned is an honor, and I think it’s more of a tribute to the guys in front of me who were able to get on base, and I happened to get a couple of good hits.”

That sort of team-first attitude is not a given in minor league baseball. The players all dream of catching the eye of the Tigers’ brass, moving up through the system and eventually playing in Detroit’s Comerica Park.

That means Rabelo and the coaches have dual responsibilities – helping individual players improve their games and maximize their potential, while still trying to win games.

While the Whitecaps players all have personal goals, there has been no problem embracing the team concept, according to Salter.

“I think it’s more team,” he said about the clubhouse attitude. “If the team does well, you’re going to do well. A lot of us here haven’t won a championship, so getting a playoff spot is our number one goal.” 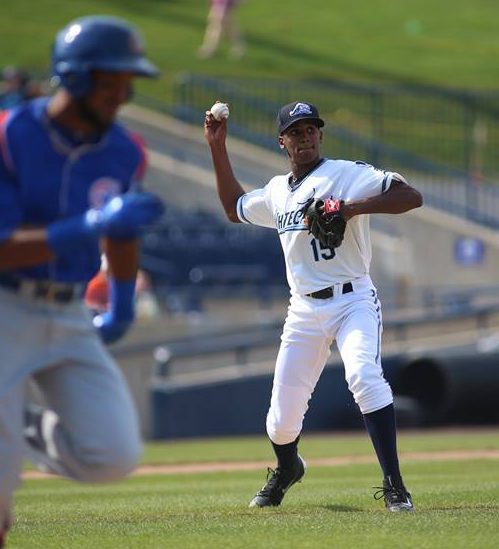 Whitecaps pitcher Anthony Castro winds up to make the play at first base during a game on April 24. Photo/Tom Reynolds 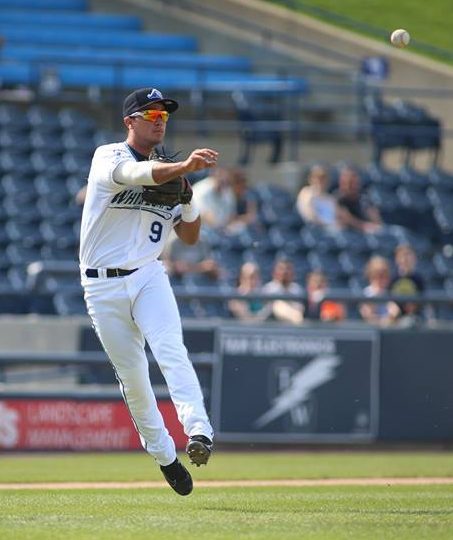 Anthony Pereira throws to first base during the Whitecaps game on April 24. Photo/Tom Reynolds 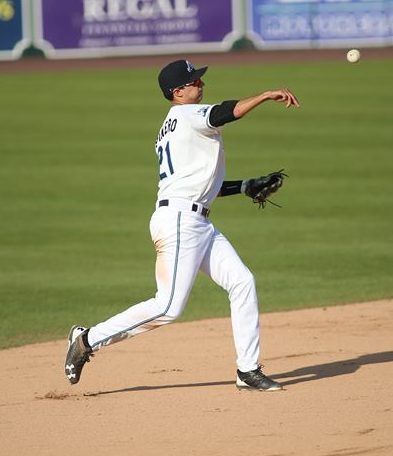 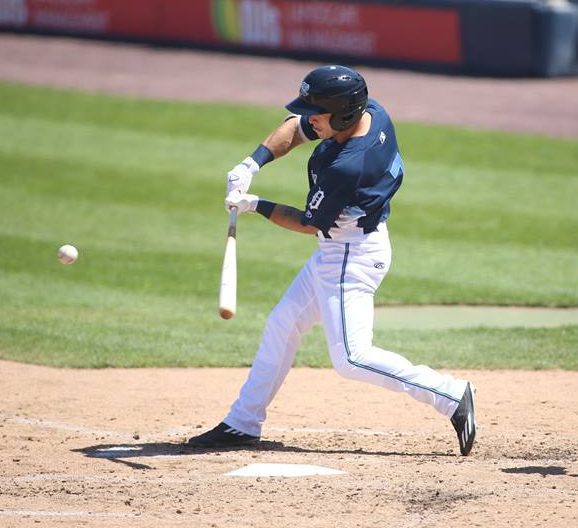 Jacob Robson gets ready to blast a home run on April 23. Photo/Tom Reynolds