She won the No. 2 singles title as a freshman and sophomore, but her championship string ended last year when she finished third in her first try at No. 1 singles. 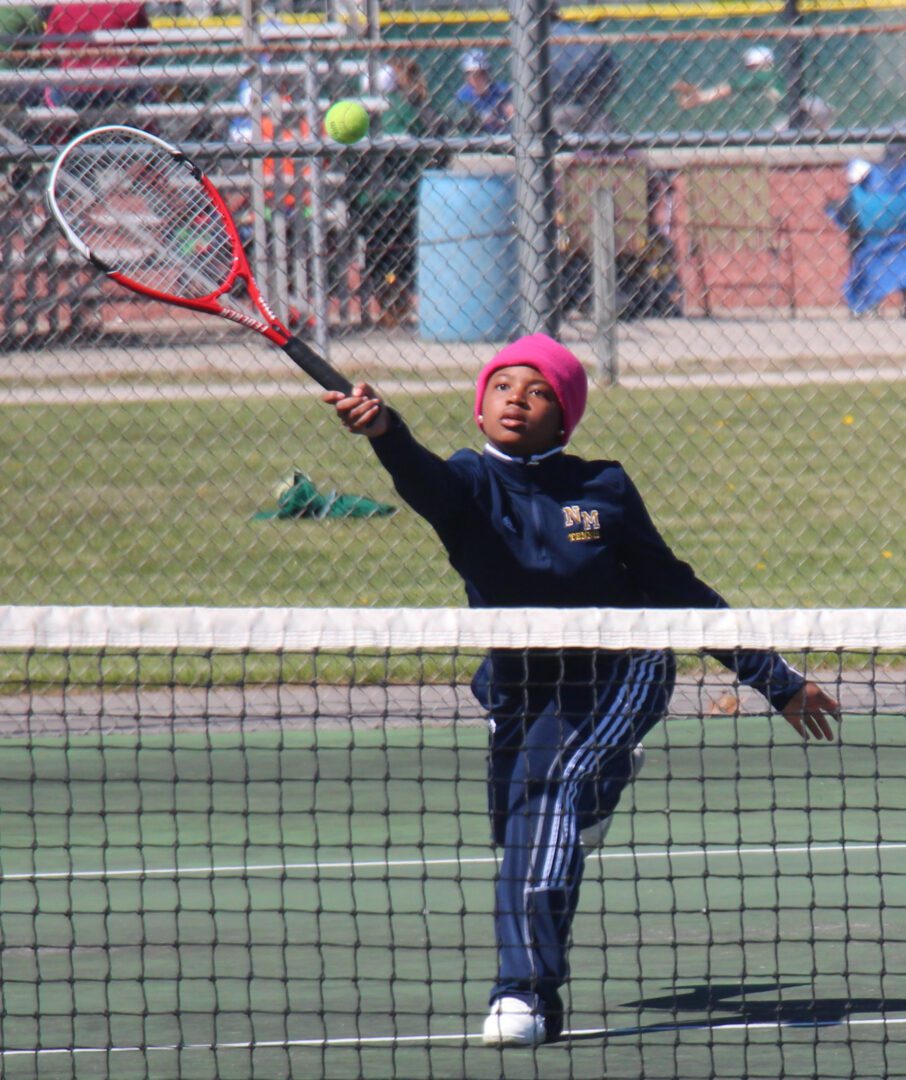 Brittany Bailey approaches the shot at the net for North Muskegon. Photo/Jason Goorman

That makes Bailey a three-time city champion, which is a pretty significant feat.

“I got third last year, and I really wanted to get first this year. I really had to work hard for it.”

Both Bailey and Heylmun had to deal with a strong, cold wind on Saturday, and Bailey said it made a difference in her game.

“It was a very tough wind, and it carried a lot of balls,” she said. “My slices were short because of it at times, but overall I feel I played really good.” 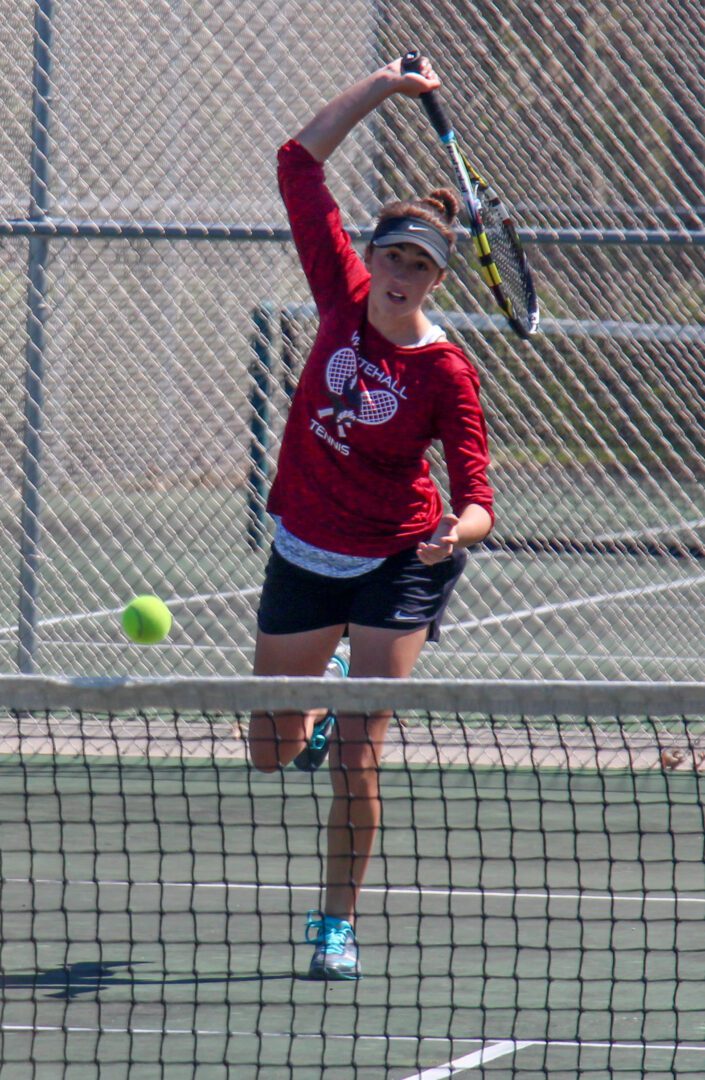 Vanessa Heylmun sends a shot over the net for Whitehall. Photo/Jason Goorman

North Muskegon Coach Cody Liverance said he couldn’t be more proud of Bailey, and how she goes about her business on the court.

“She’s amazing,” Liverance said. “She’s a joy to coach because you don’t have to do much. She corrects herself and she’s easygoing. She’s on a tear right now, and I think she’s only getting better.”

Bailey was actually a double champion on Saturday, because her North Muskegon squad won its fifth straight tournament team title with 48 points. The Norse edged out second-place Fruitport, which had 42.

Runners-up for North Muskegon were Lauren Golden (No. 3 singles), Abbey Canfield and Claire McCall (No. 3 doubles), Sophia Effken and Carina Steketee (No. 4 doubles). 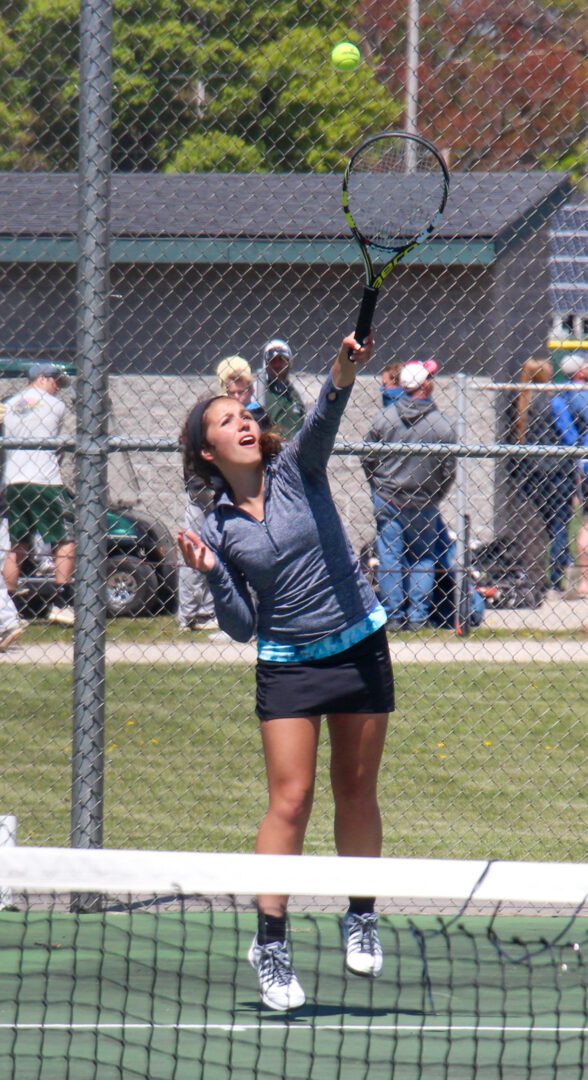 Maggie DeYoung gets ready to hit a serve for Mona Shores. Photo/Jason Goorman

“We knew we’d probably be the strongest team here if the seeds held, and we did that,” said Liverance, whose team is ranked No. 6 in the state in Division 4. “We knew Fruitport would be tough, but the girls came through and held.

“We set this out as one of our goals before the season, to win city and regionals. It’s huge. It means a lot to be the best team in the Muskegon area. We have a lot of good tennis players and coaches in the area.”

Other doubles champions were Reeths-Puffer’s Jordan Ball and Morgan Scussel (No. 3) and Whitehall’s McKenna Hepler and Braley Johnson (No. 4). 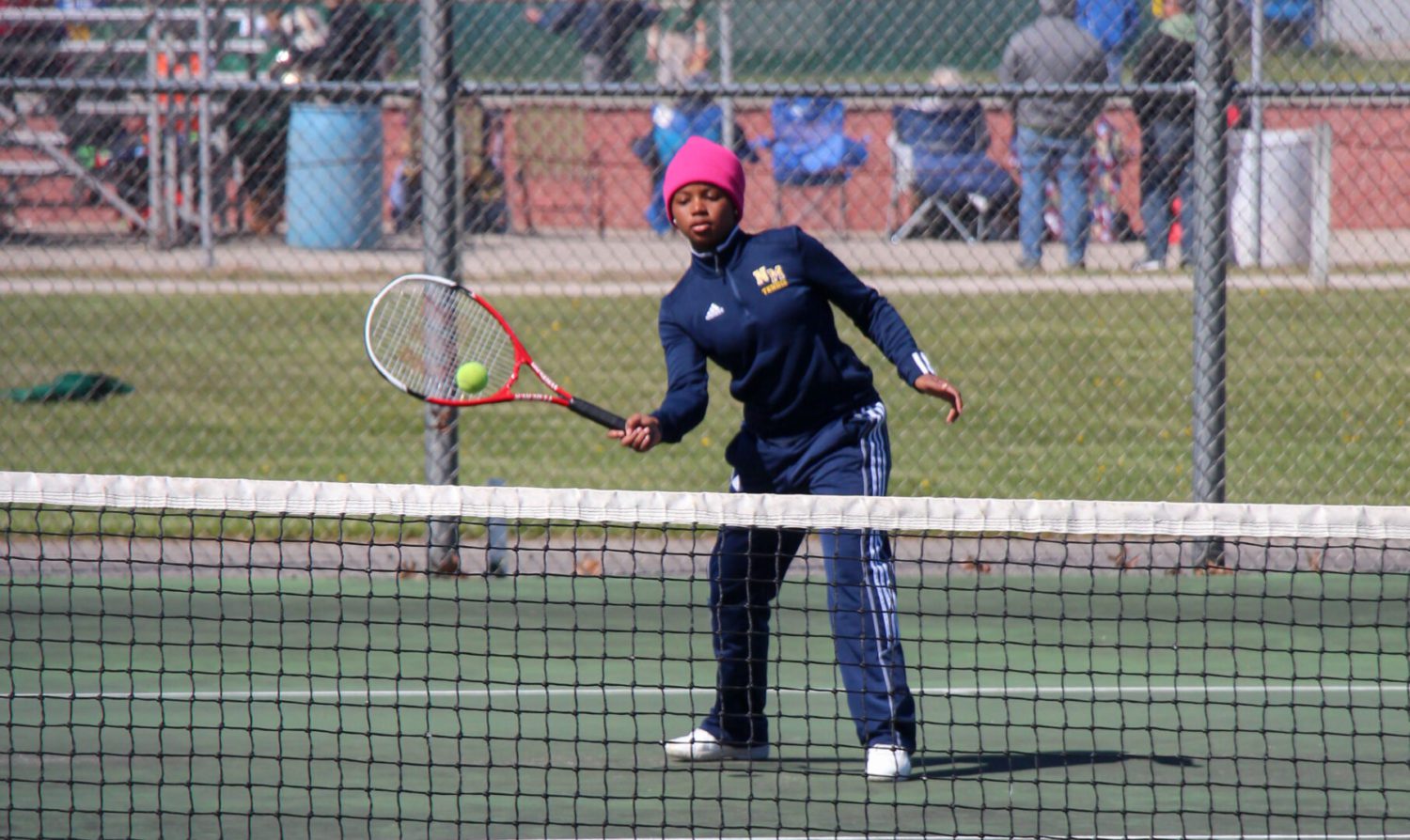 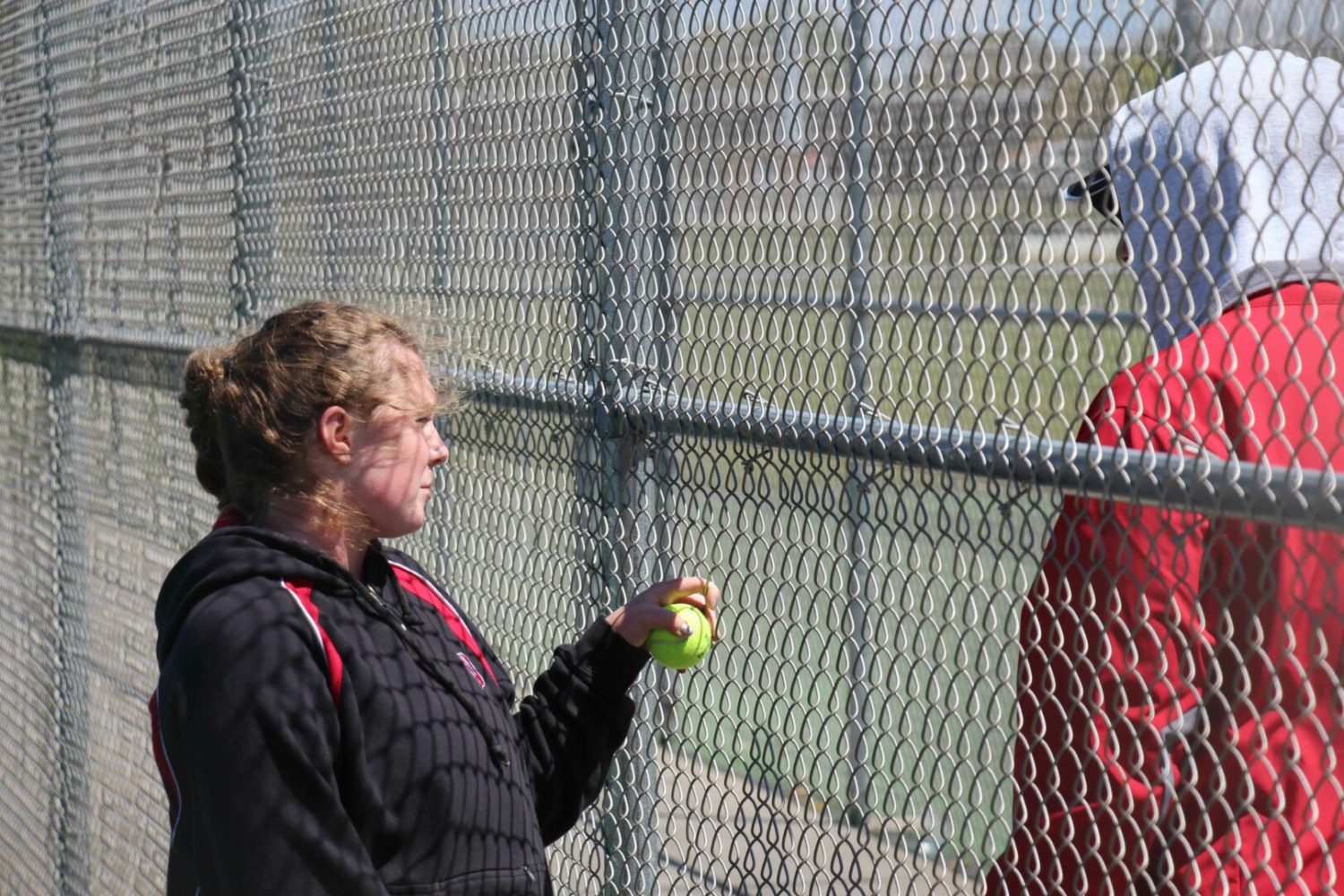 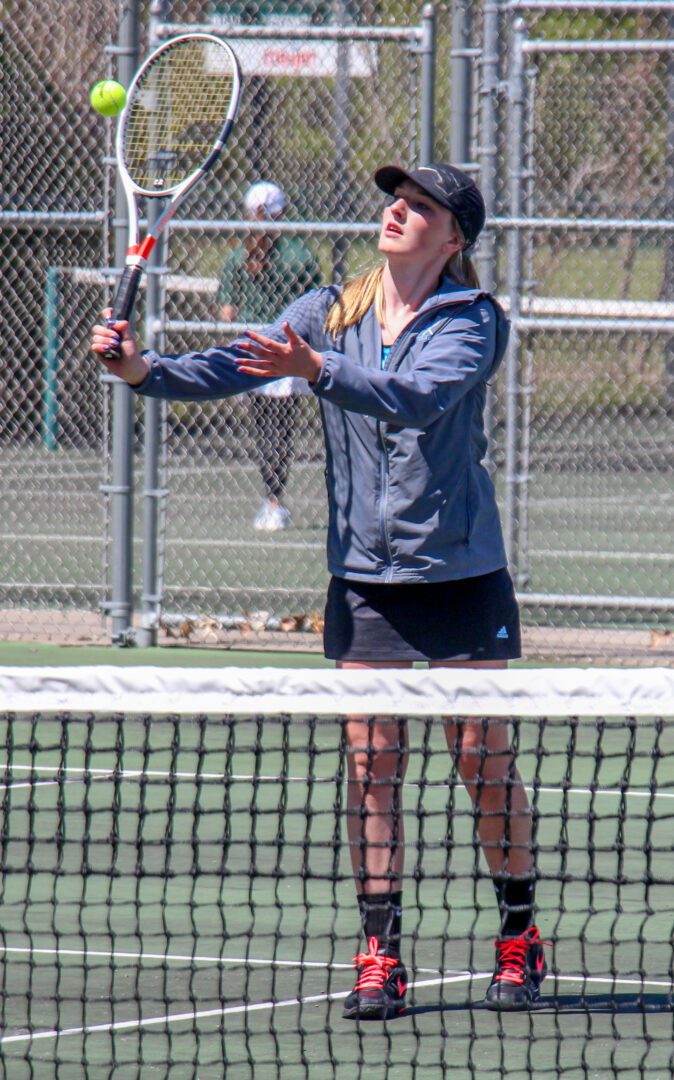