COMSTOCK PARK – When a Major League Baseball team drafts a player in the fourth round, club officials expect to see signs of excellence.

Kyle Funkhouser, the hard-throwing right-hander who was drafted fourth by the Detroit Tigers last summer, was excellent for the West Michigan Whitecaps on Monday – and it’s certain that

Funkhouser pitched six innings of shutout baseball, striking out eight batters and surrendering only six hits. The result was a 2-0 West Michigan victory over Bowling Green in the first game of a home stand at Fifth Third Ballpark.

The red-hot Whitecaps have now won 19 of their last 23 games and are 25-12 overall. They are in second place in the Midwest League Eastern Division, one game behind Dayton. 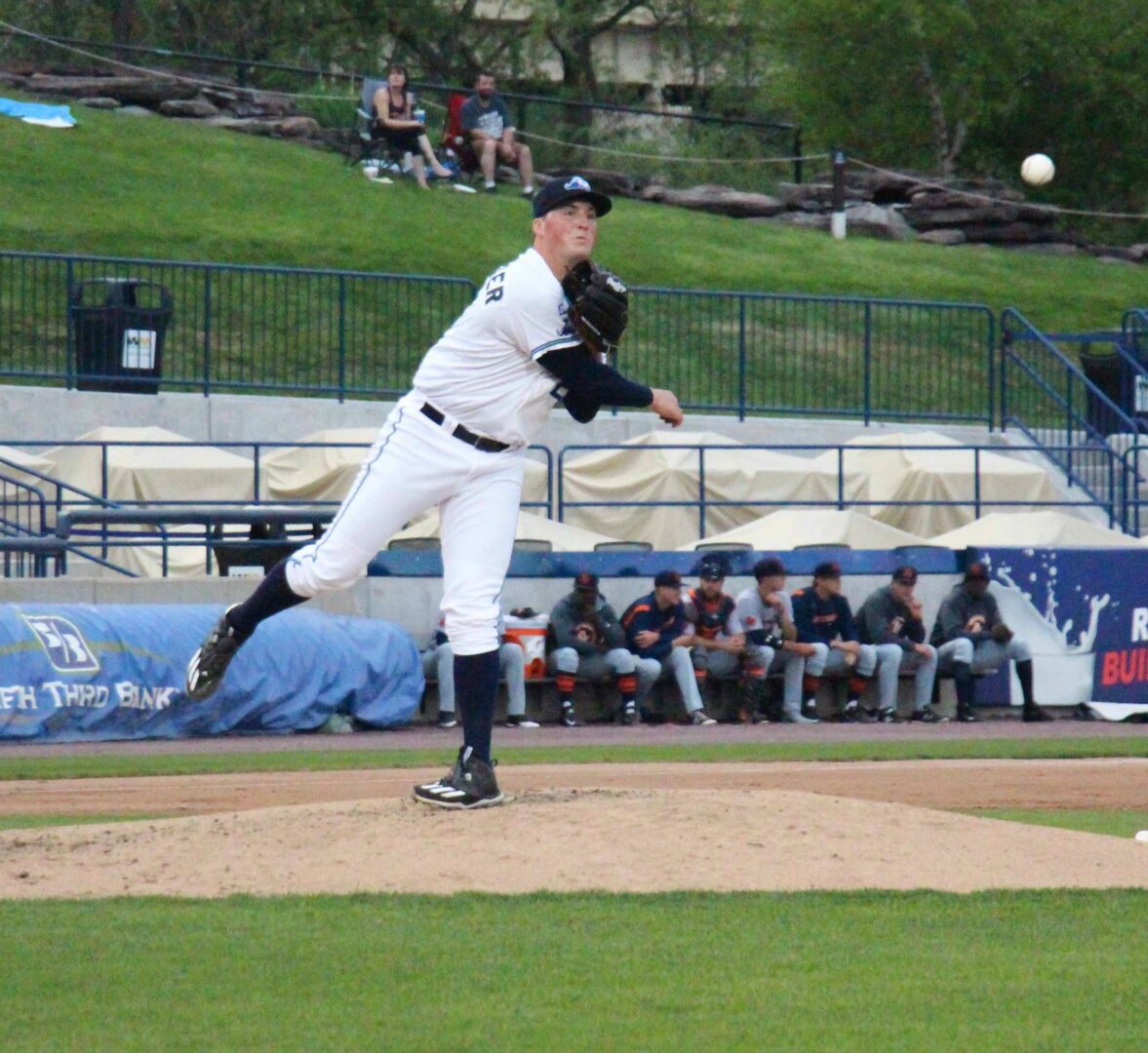 Kyle Funkhouser makes a throw to first base for West Michigan. Photo/Jason Goorman

The Caps will continue their series against Bowling Green on Tuesday at 6:35 p.m. Eudis Idrogo is slated to pitch for West Michigan while Travis Ott will get the start for Bowling Green.

Funkhouser was in command for most of the game on Monday. He only got in trouble in the third inning, when a walk and a double put Bowling Green runners on second and third with one out.

Funkhouser coaxed Jesus Sanchez into hitting a soft dribbler for the second out, then walked Mike Brosseau to load the bases.

He said the walk was more-or-less part of his plan.

“I was just really pitching around him,” said Funkhouser about his approach to Brosseau, a good hitter who bats third for Bowling Green. “I was trying to make him swing at a ball out of the zone, because a walk really does no damage there.” 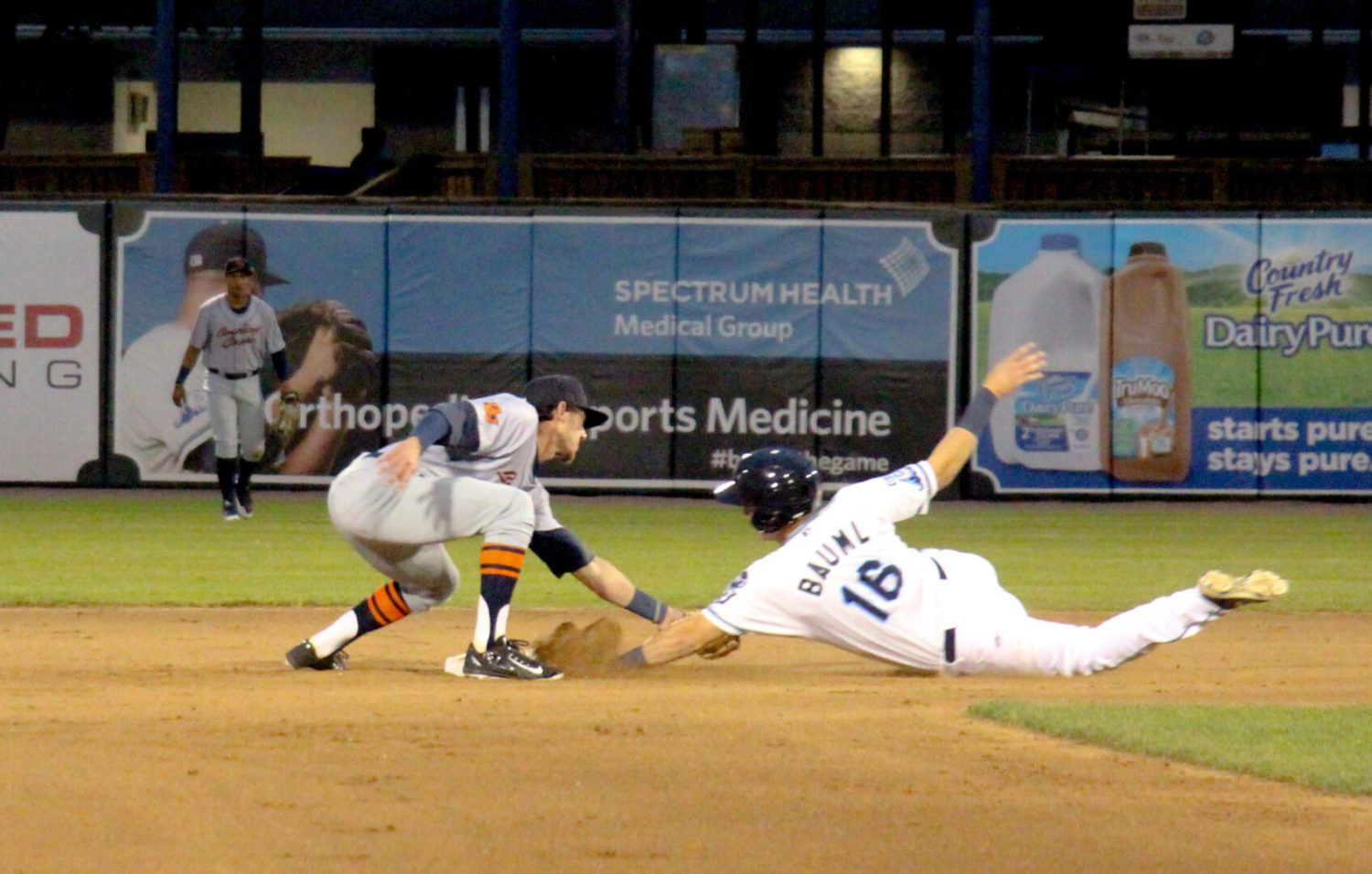 No. 16 Cole Bauml makes a nifty slide into second base to beat the tag. Photo/Jason Goorman

The plan worked. Funkhouser got Nathaniel Lowe to ground out to second, ending the inning with three runners stranded and no damage.

“He tip-toed around a jam, but he has the stuff to get out of that,” said Whitecaps manager Mike Rabelo. “He did a good job.”

Funkhouser surrendered only three hits the rest of the night before turning the game over to the Whitecaps’ bullpen in the top of the seventh.

“That’s been pretty much our song-and-dance all year,” said Rabelo about his pitchers. “They all have good arms and they’re all prospects.” 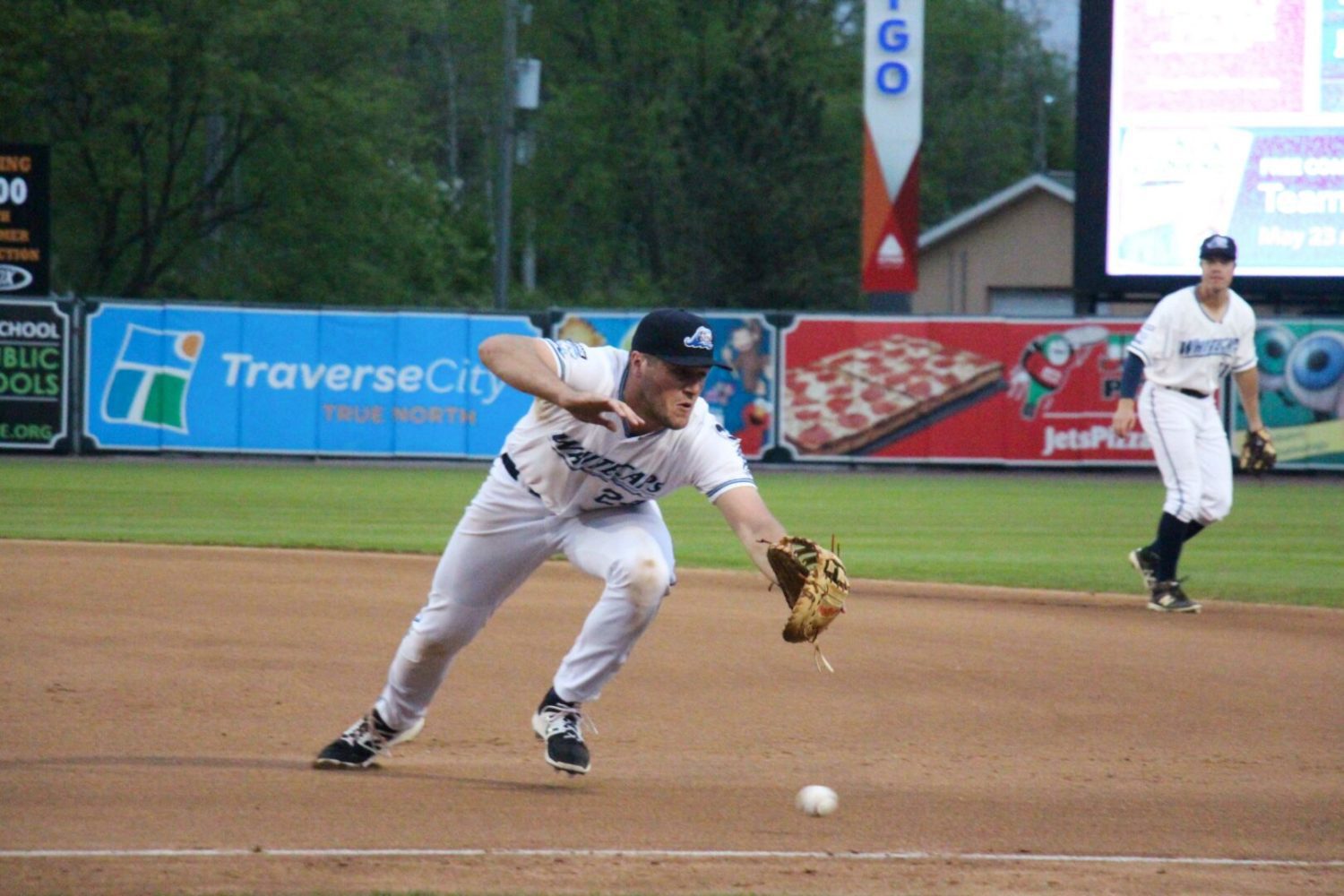 The Whitecaps offense was led by Blaise Salter, who collected his league-leading 16th double and league-leading 29th RBI in the first inning when he found the left-center gap to score Danny Woodrow.

West Michigan added an insurance run in the fifth inning when Jake Robson singled to left field to score Woodrow.

Woodrow finished with three hits while Robson and Salter each had two.

“We’re starting to piece it together,” Rabelo said about the Whitecaps’ hot streak. “The only thing that has been different is we’re starting to hit. We’ve always pitched well.”