MUSKEGON – A blocked extra point kept the West Michigan Ironmen from getting a crucial victory on Saturday night.

The Ironmen trailed Bloomington 68-61 with three minutes remaining in the game, then scored on a two-yard run by Korey Ringer to cut their deficit to a single point with 1:04 left in

They went for the tie by going for the one-point PAT kick, but it was blocked, allowing Bloomington to escape with a 68-67 win at the L.C. Walker Arena.

The Ironmen fell to 3-6 on the season with three game left. They remain in fifth place in the Champions Indoor Football league’s Northern Division, a game behind fourth-place Bismarck in the race for the final playoff spot.

They will close out the home portion of their schedule next Saturday at home against the Omaha Beef. 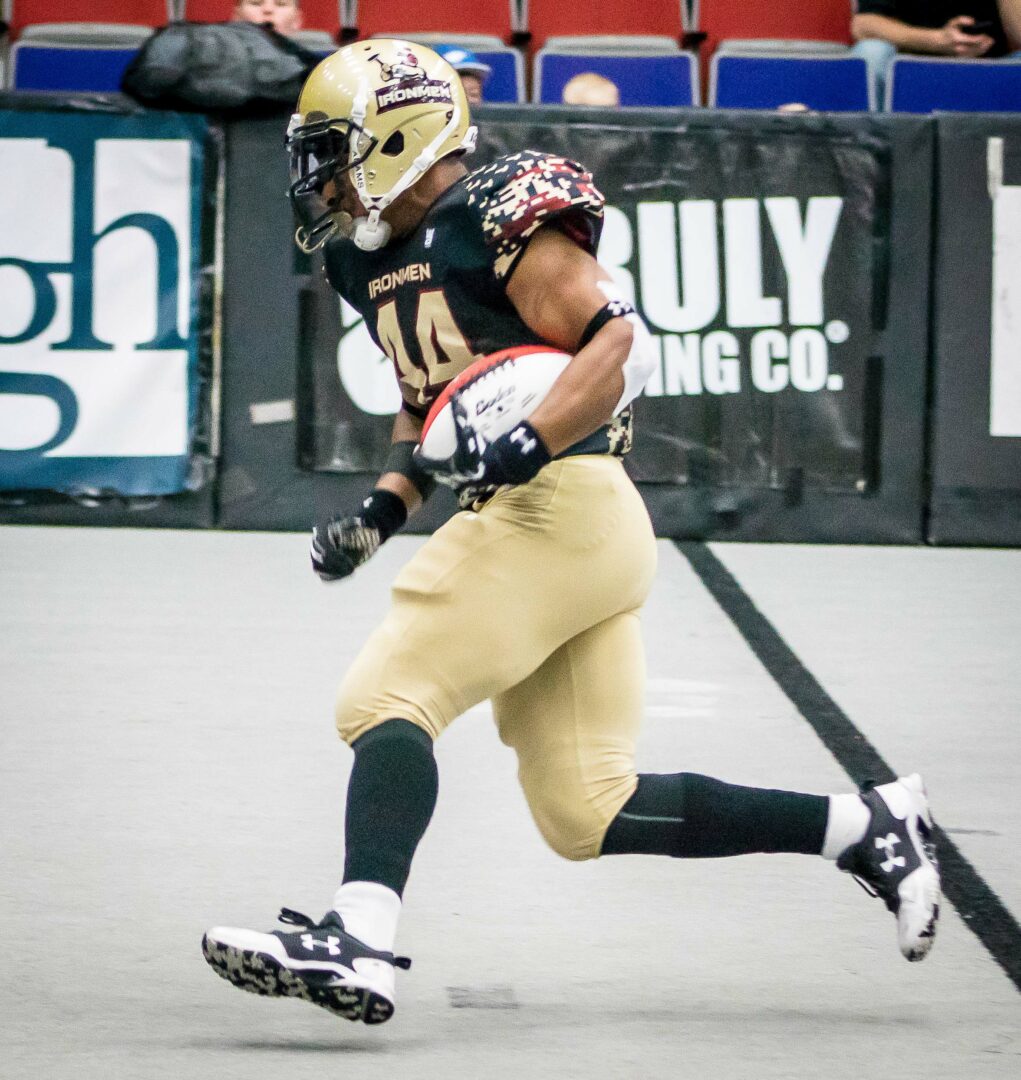 Korey Ringer breaks free for one of his six touchdowns. Photo/Kris Rake

“We continue to make mistakes that just kill us,” said Ironmen Coach Ty Lynk, whose team overcame a slow start to gain a second-half lead, then lost it in the fourth quarter. “We are a very good team, but we just can’t get out of our own way at times. The effort is there and the will to win is there, we just keep making mistakes.”

West Michigan struggled rout of the gate against Bloomington, giving up a quick touchdown on the first possession of the game, then allowing a pick-six for a touchdown, giving the Edge a 14-0 lead just five minutes into the contest.

The Ironmen bounced back, scoring three of the next four touchdowns to cut their deficit to 21-20 after the first quarter. They trailed 40-34 at halftime.

The Ironmen took a 41-40 lead early in the third quarter on a three-yard touchdown run by Ringer, who paced the team with six TDs on the night. They increased that lead to 55-43 with five minutes left in the third and 61-58 heading into the fourth. 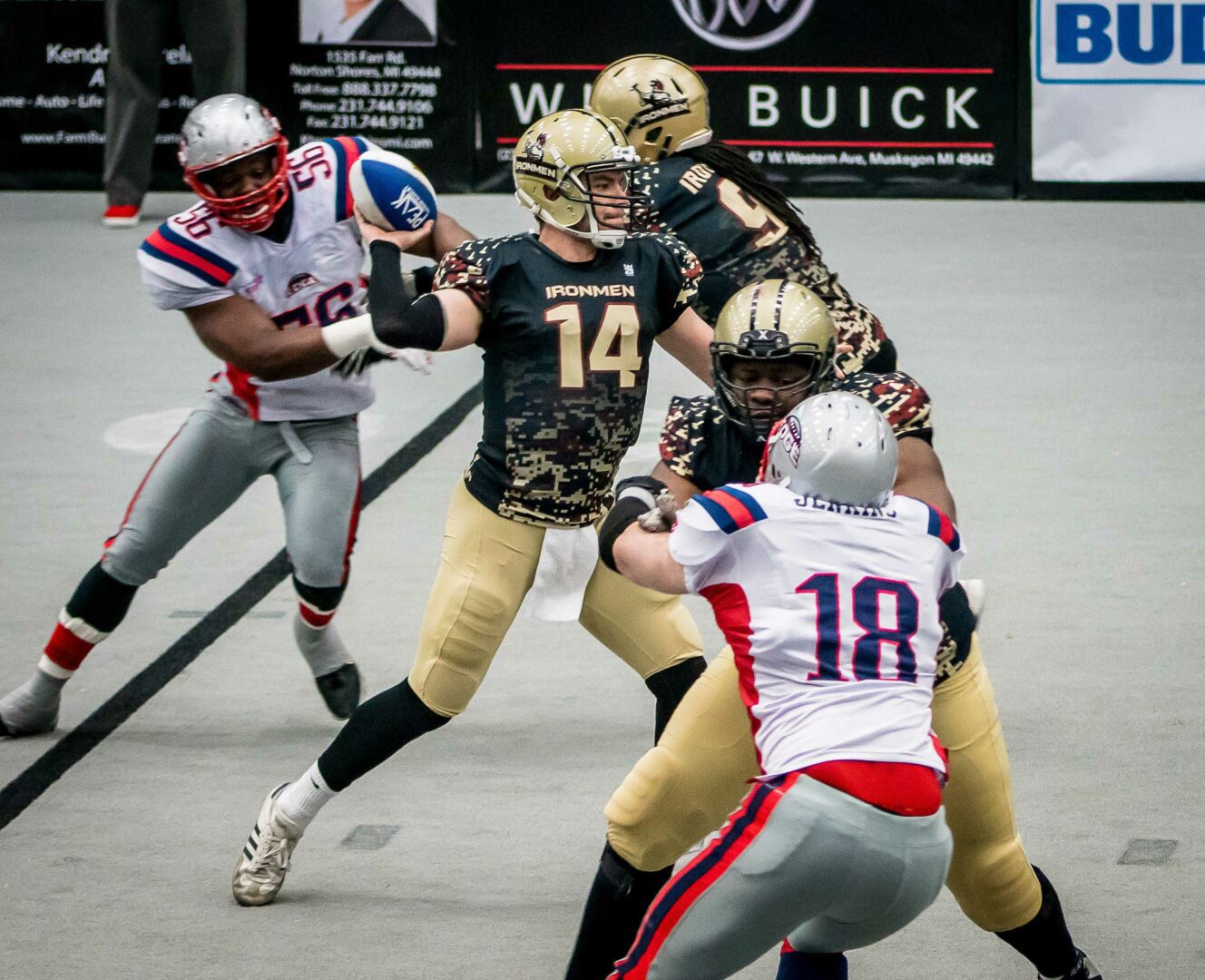 The Edge regained its lead, 68-61, with a nine-yard touchdown catch by J.J. Hayes with 10:09 left in the game and a 19-yard field goal from Cody Barber with three minutes remaining.

West Michigan fought back with a late touchdown run from Ringer with 1:04 left, but the blocked extra point left them just shy of forcing overtime.

Bloomington maintained possession of the football for the final 64 seconds of regulation. 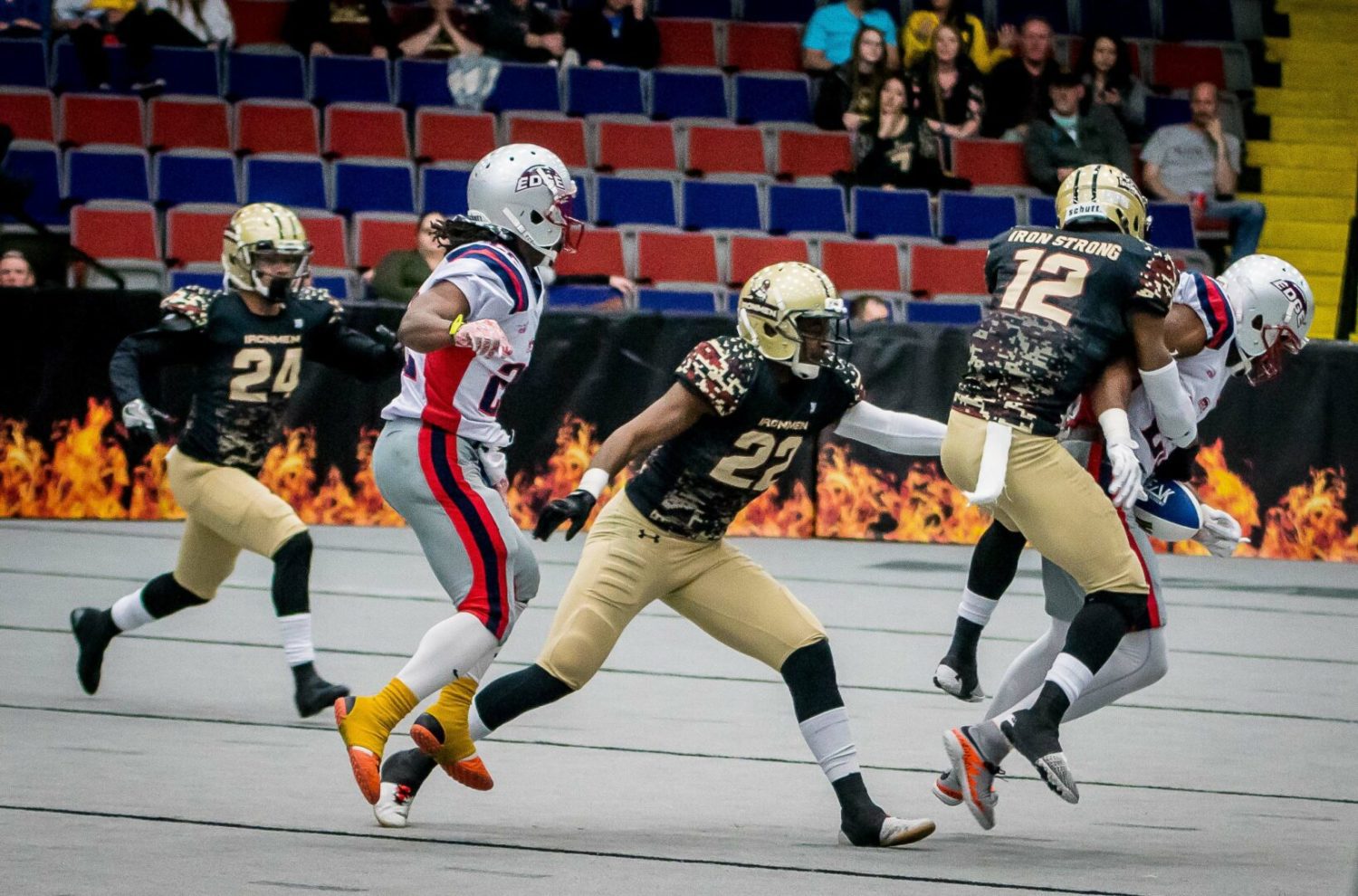 Jame Ester ties up the Bloomington run with No. 22 Erik Thompson. Photo/Kris Rake 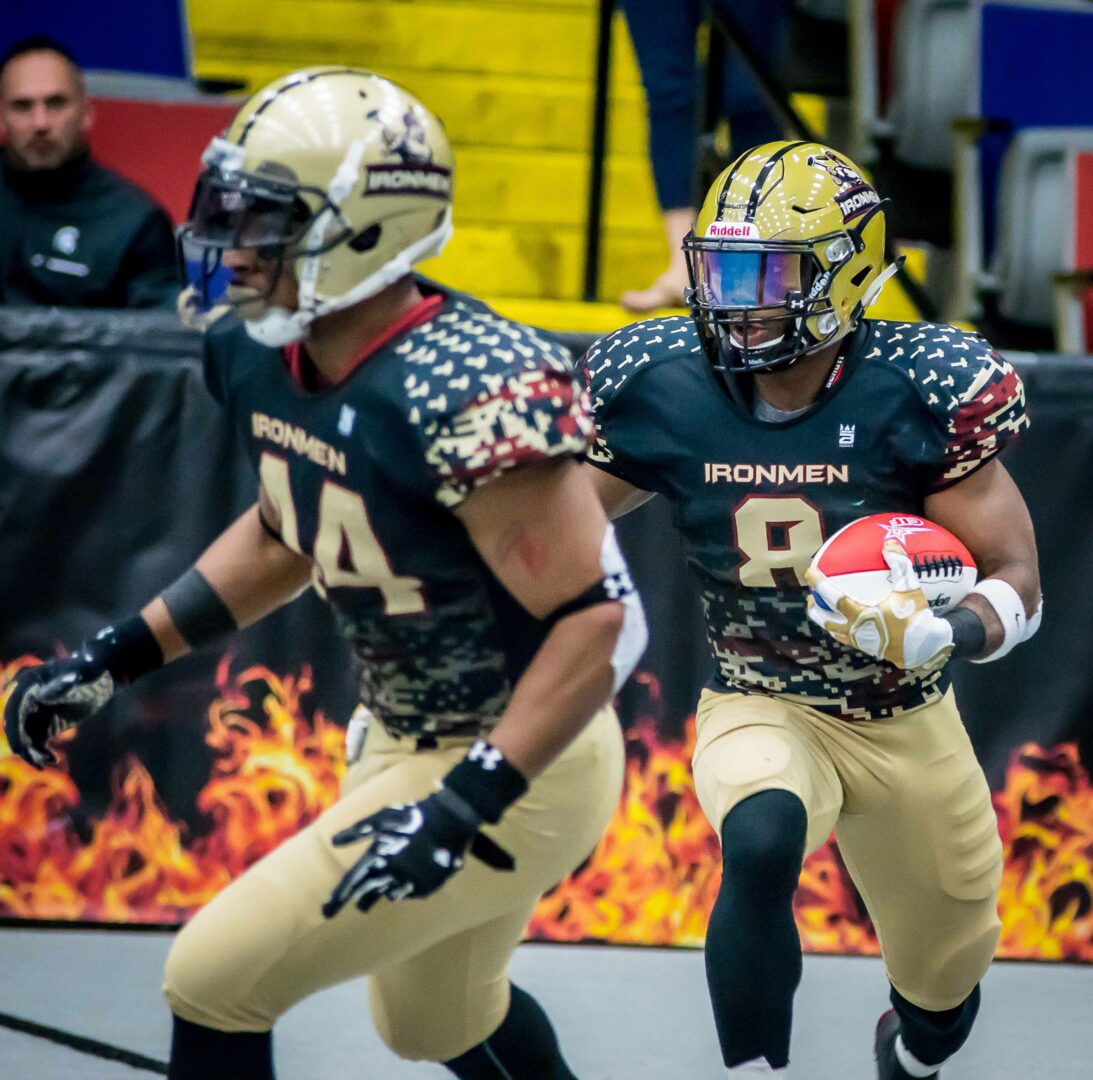 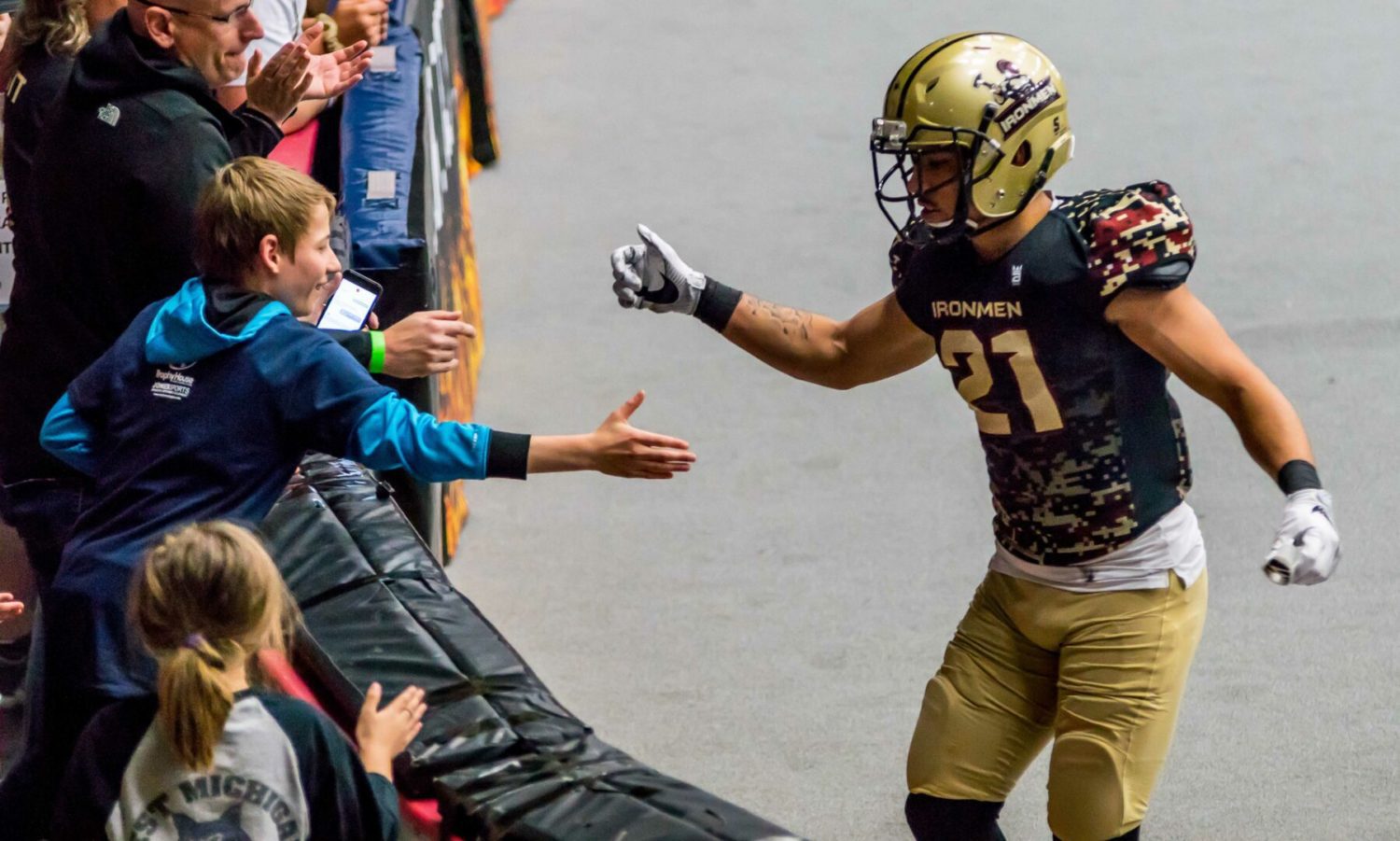 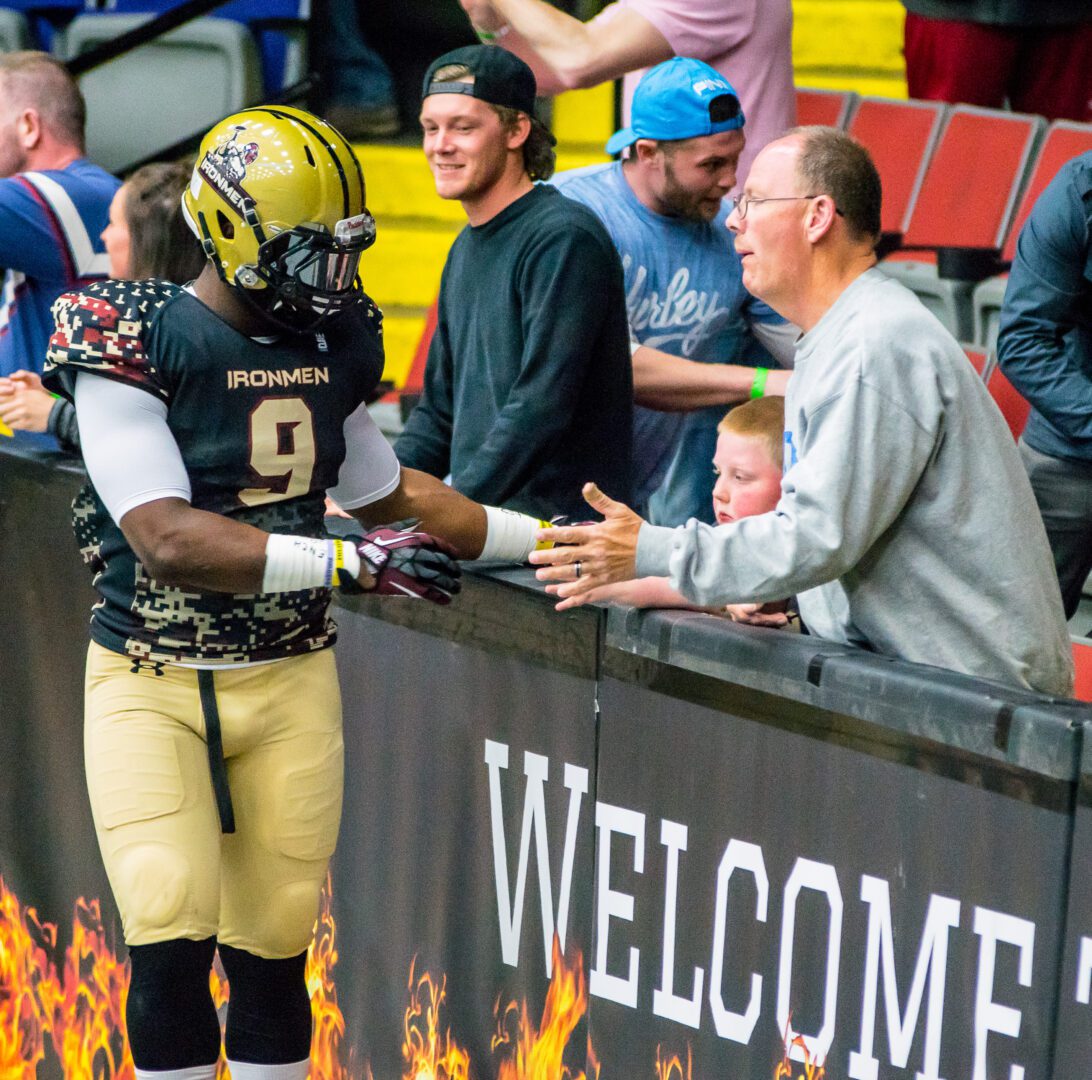 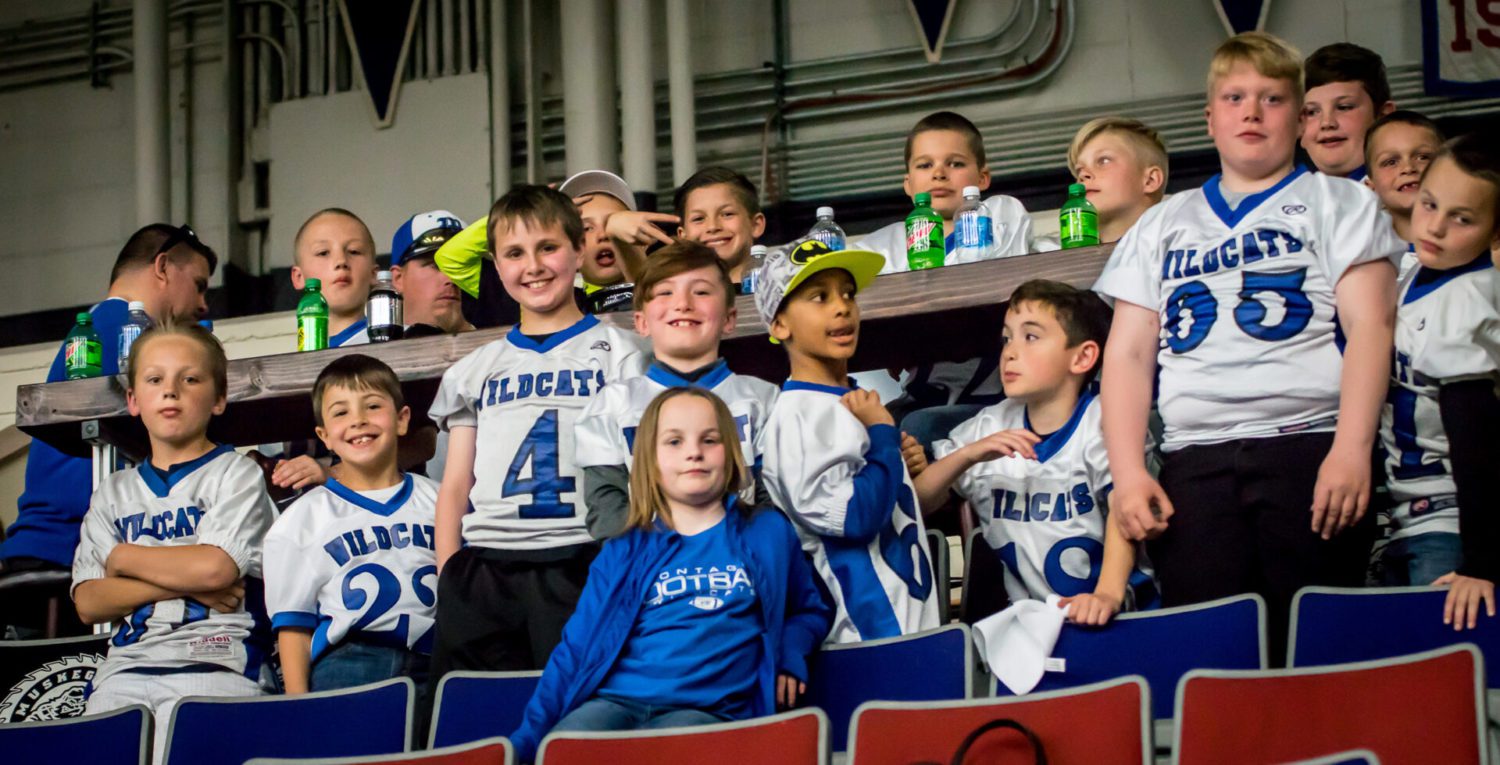 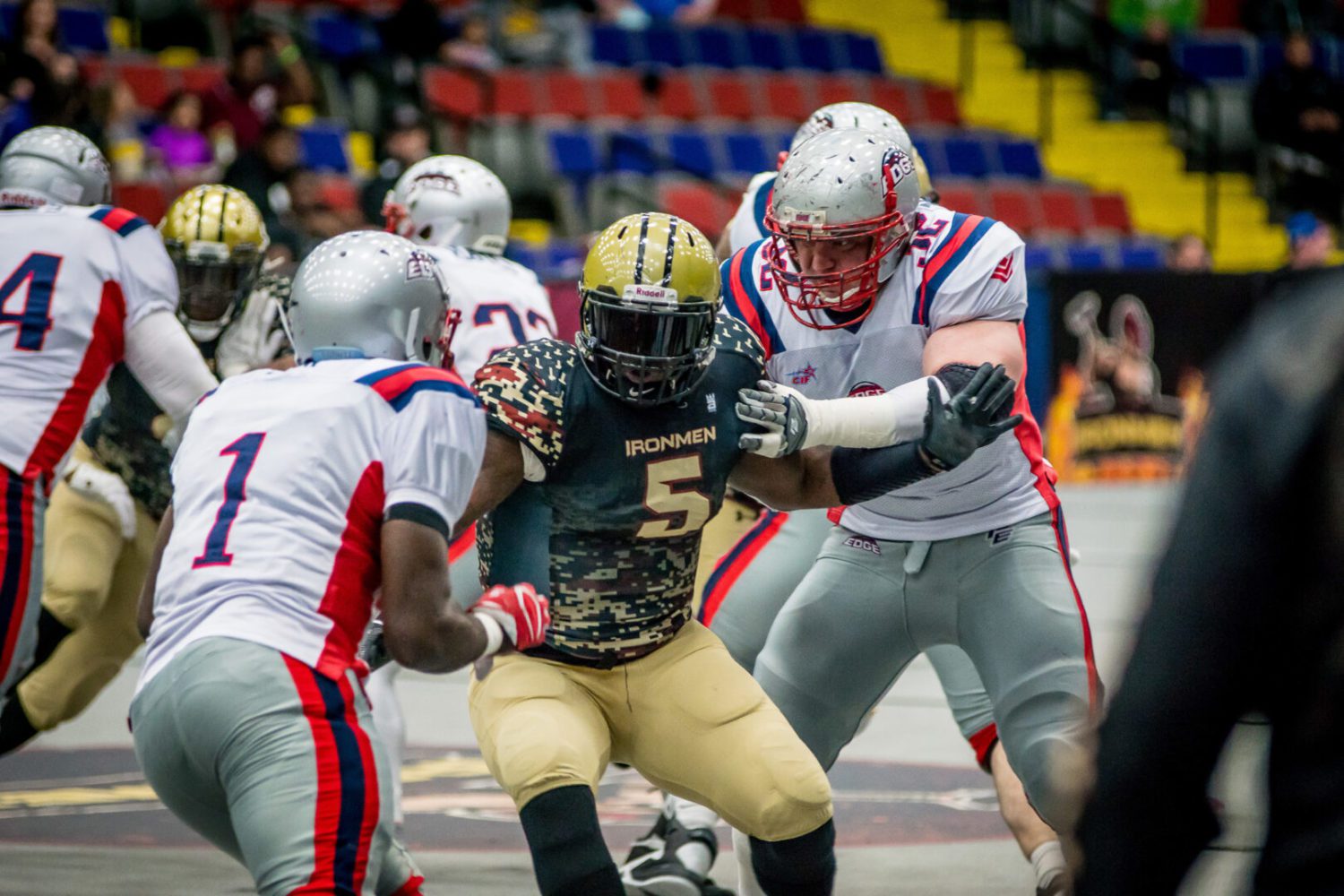 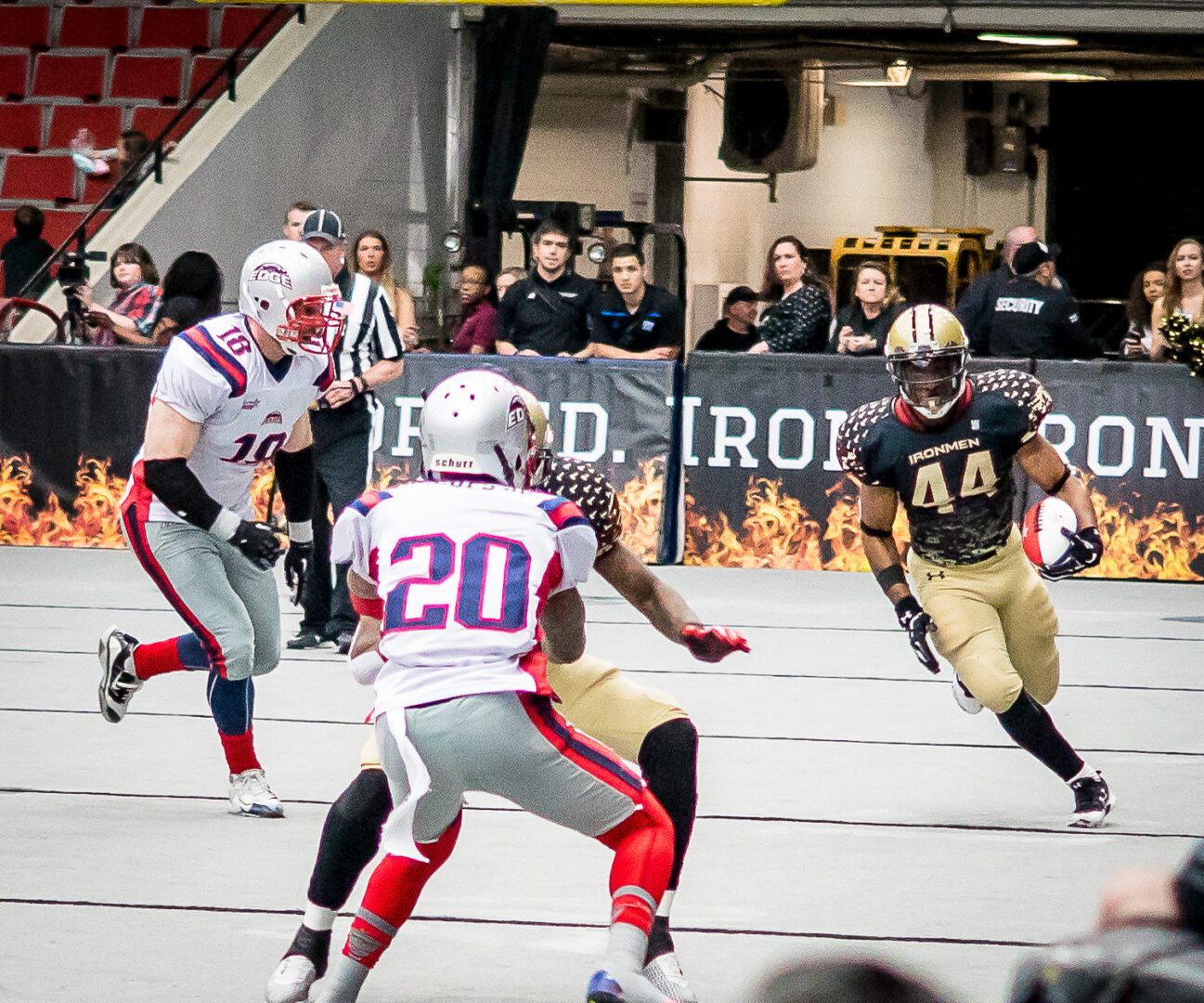