MUSKEGON – So much of Talia Tyler’s athletic career has been defined by speed – and for good reason.

It’s her key strength on the soccer field, helping the junior striker pile up 21 goals and 20 assists for the successful Muskegon Catholic girls team this spring.

It’s equally important in track, where she has qualified in four events for the Division 4 state 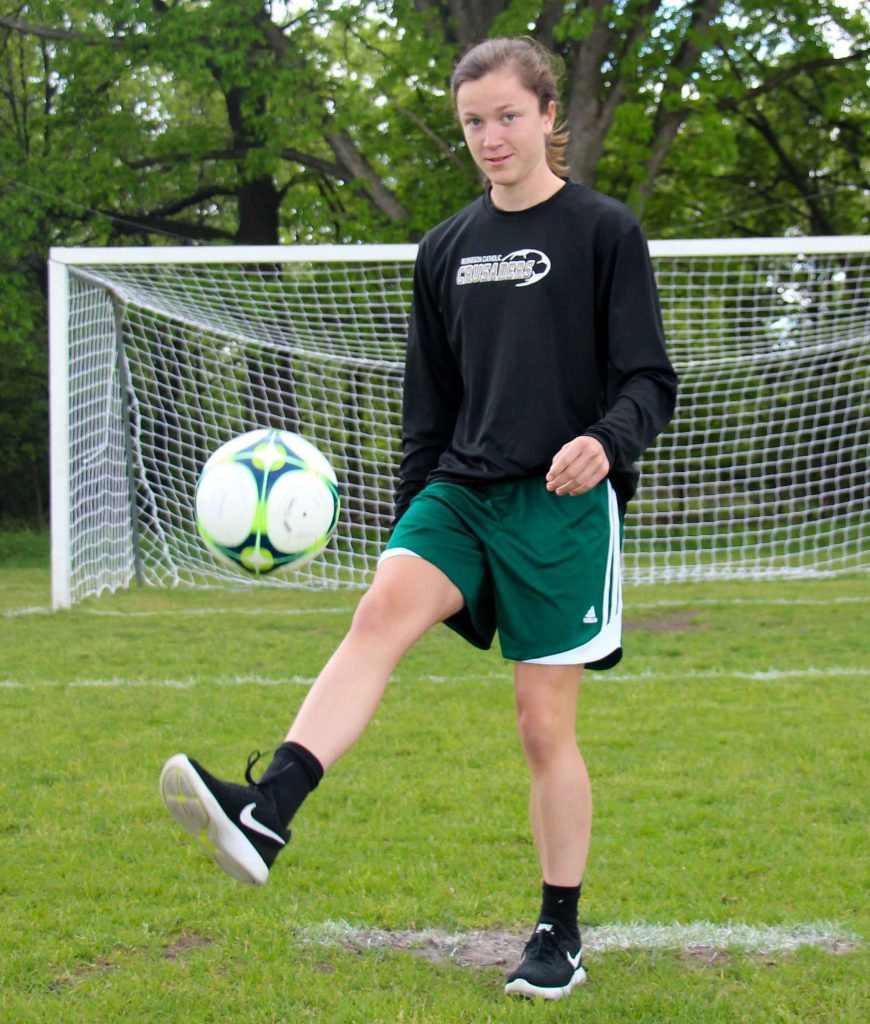 finals at Houseman Field in Grand Rapids. She hopes to repeat as the 200-meter dash state champion, and also has goals for setting school records in that event and the 100-meter dash.

But before the state track finals, Tyler will lead 14-5-1 Muskegon Catholic into the Division 4 district soccer tournament this week against a tough field of opponents. The Crusaders will travel to face Kent City on Tuesday, with the winner moving on to the semifinals against either Western Michigan Christian or North Muskegon on Thursday.

If MCC advances to the soccer district finals, Tyler will have a tough decision to make – whether to skip that game, or miss the state track finals, because both are scheduled for early afternoon on Saturday.

That would be a tough predicament, but Tyler said she would rather face that difficult choice instead of the alternative.

“I picked up track my sophomore year,” Tyler said, who also plays basketball in the winter. “It’s really hard doubling up sports in the same season, but at MCC, because we’re so small, a lot of the athletes feel like they have to share their time in multiple sports. It’s nice to have that freedom to play a lot of different sports.

“There’s some weeks where it’s really tiring,” she admitted. “But it’s the kind of thing where I don’t want to look back when I’m done with high school and regret not doing it. I’m glad I am doing (track) because I feel I do get better in soccer because of it. And I think it will help me prepare for college and in general, just to be a better overall athlete.”

MCC soccer coach Art Dorsey worries that Tyler wears herself down by playing two sports in the spring, and he’s also concerned about the possibility of injury.

“There are a couple D-1 (colleges) looking at her, and I’d hate to see her hurt herself and lose out at that opportunity,” he said. 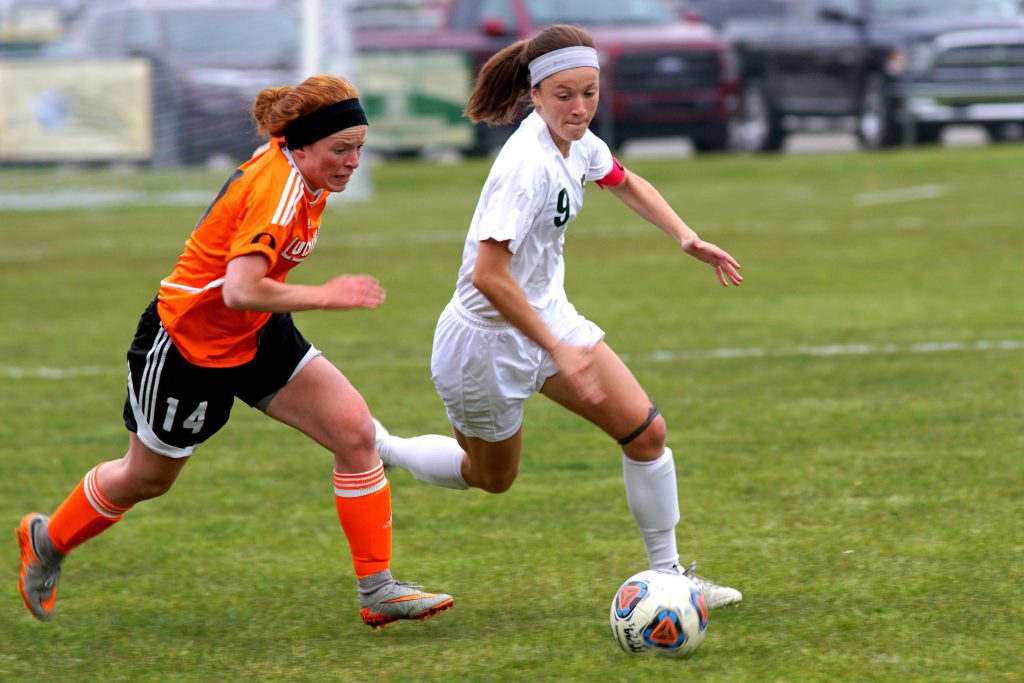 Dorsey remembers coaching Tyler and her older sister, Annika, in the Sailor Select youth soccer program when the two of them were 10- and 11-years old.

“She was definitely an above-average player even back then,” Dorsey said.

Dorsey remembers encouraging her dad, Jim Tyler, to find a premier youth travel team for Talia to hone her skills.

Tyler has advanced to the Grand Rapids-based Alliance Academy, which has allowed her to compete against the best soccer competition in the Midwest, at tournaments in Pittsburgh and Cleveland — and against some of the best in the country at the Surf Cup tournament in San Diego.

“She’s fast with the ball and fast without the ball,” Dorsey said. “There are a lot of girls who are fast, but Talia has the skills to change speed and get to her top speed in a blink of an eye.”

Tyler says she isn’t all flash and dash on the soccer field.

“I’d say speed is a strength to my game, but so is grit,” she said. “My ability is getting to the goal. You have to have that attitude that’s it’s all about your mindset, a mindset to have a fearless attitude and go out there and do it.”

Tyler’s dedication to athletics and academics was inherited from her family, including her dad, who graduated from MCC and studied at the University of Notre Dame and Michigan. Tyler’s mom, Kristine, studied at the Juilliard School of Dance in New York City, one of the premier institutions of the fine arts in the country –

Tyler’s older brother Ian, a member of MCC’s state championship football team in 2013, has played football at Columbia University in New York City for the past three years. Tyler said she might follow in her brother’s footsteps to the Big Apple and play soccer for Columbia.

Annika Tyler is now playing club soccer at the University of San Diego, and Tyler’s younger sister, Kyra, is a standout defender for the Crusader soccer team as a sophomore.

“It’s always been competitive (within my family),” Tyler said. “They’ve helped me become the person I am today.”

What Tyler has become is a blur to watch, both in  soccer and track. And she won’t be content with slowing down anytime soon.

Montague volleyball team wins all three matches in a quad