And in a tight defensive battle with East Kentwood, the small things made the difference as the host Sailors grabbed a 2-0 non-conference win on Tuesday. 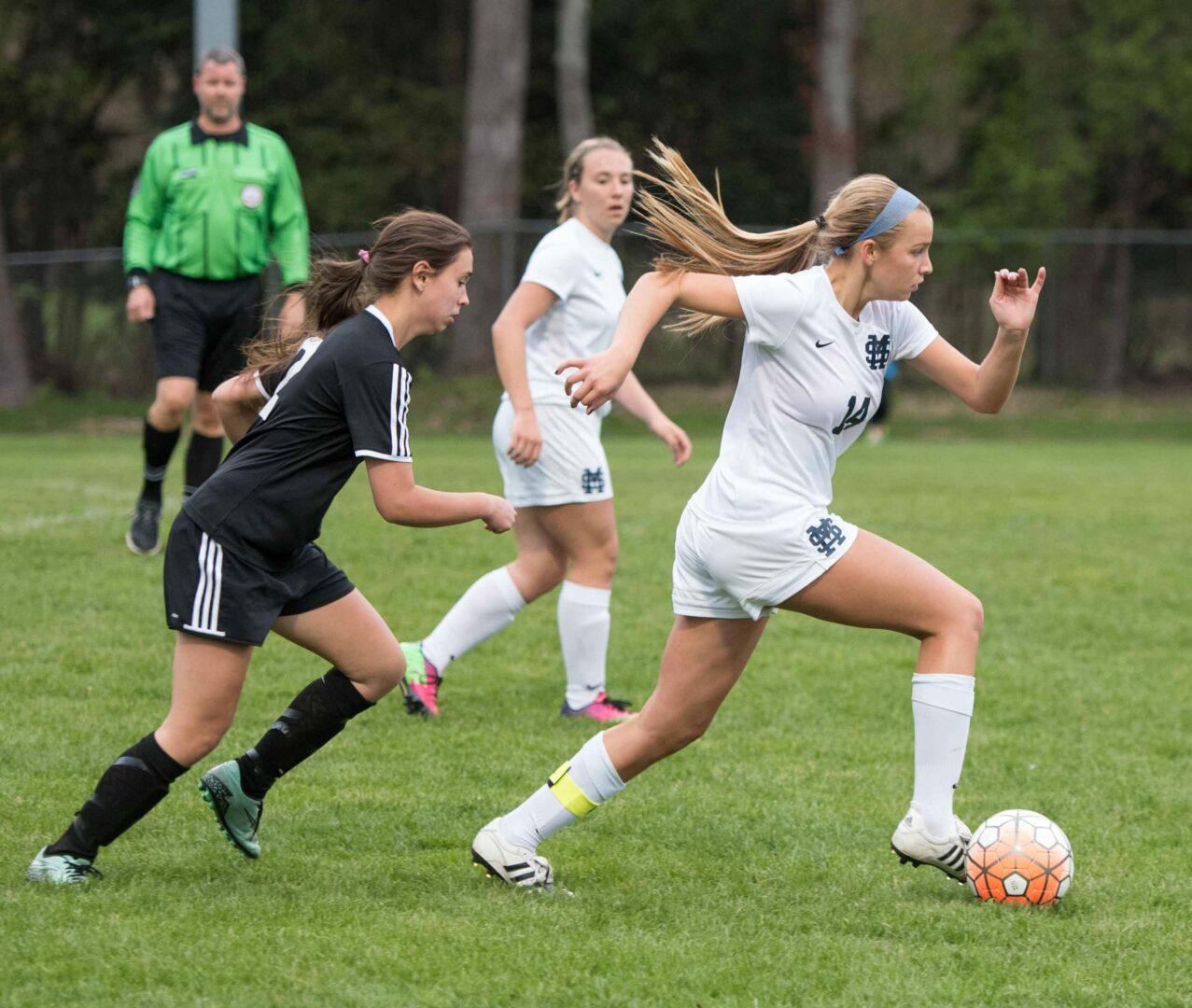 Nora Brown scored late in the first half for Shores, Raegan Cox added a goal midway through the second half, and goalkeeper Megan Swanker had nine saves for the Sailors.

Mona Shores remained perfect on the season, improving its record to 13-0.

“We started off kind of slow,” said Darga, Mona Shores’ first-year coach. “But I told the girls that if we keep doing the things we did in the first half, good things will come in the second half.”

It took 12 minutes of the first half before a scoring opportunity presented itself for either team.

East Kentwood’s Janelle Quinn broke free in the Sailors’ zone and slid a shot past Swanker. But before the ball crossed the goal line, Sailors’ defensive back Erin Powers got to the net and knocked the ball away. 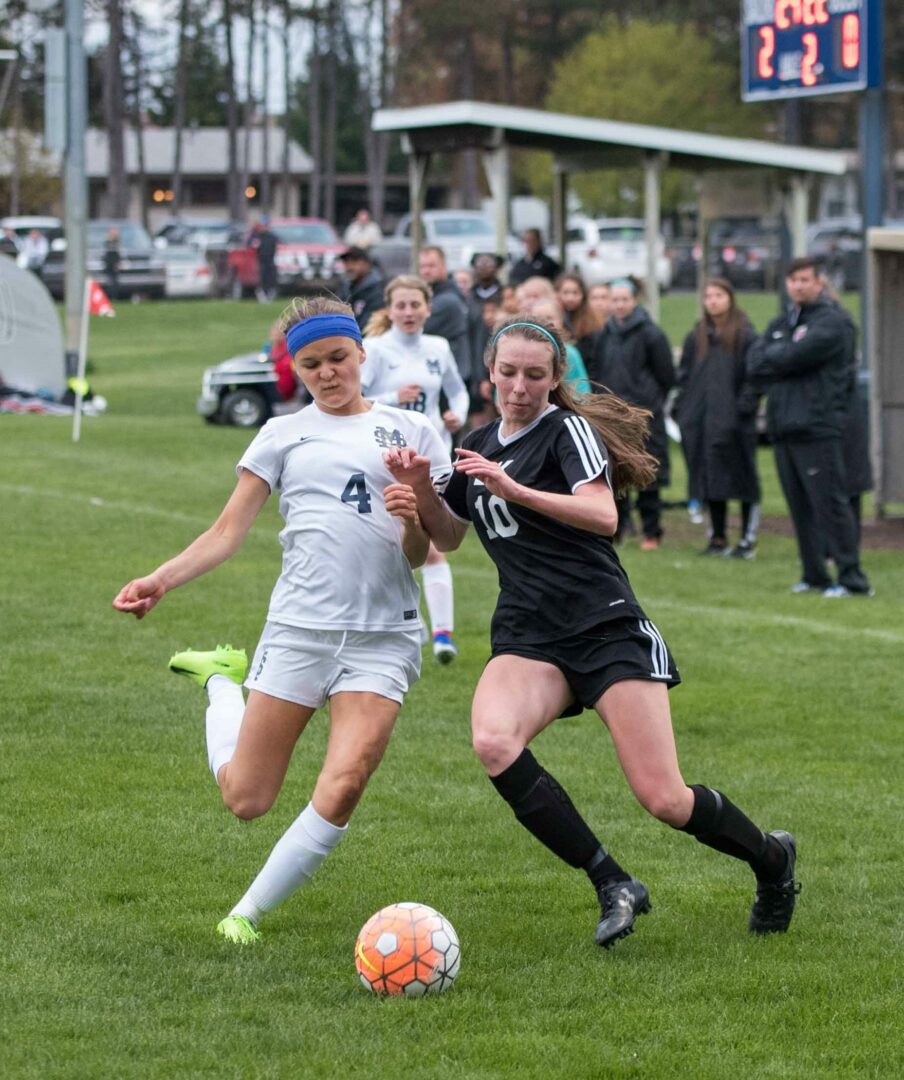 “I’m so glad she was there to help me,” Swanker said about Powers. “The whole defense did a great job and helped save me a few times.”

Mona Shores got on the board late in the first half when Brown battled for a loose ball in front of the net and slide it past Falcons goalie Maia Perez to give the Sailors a 1-0 halftime lead.

Mona Shores jumped out to a quick second-half start, firing three shots on goal in the opening two minutes, but couldn’t hit the mark.

The Sailors continued to control the action, and eventually broke through when Cox took a pass from Peyton Erndteman and found the back of the net.

“In the first half we weren’t getting to the 50-50 balls or the balls in the air,” Darga said. “I told the girls at halftime we needed the extra effort and they really put that effort in.”

Mona Shores finished with an 11-9 shot advantage. Cox had an assist on Brown’s goal. 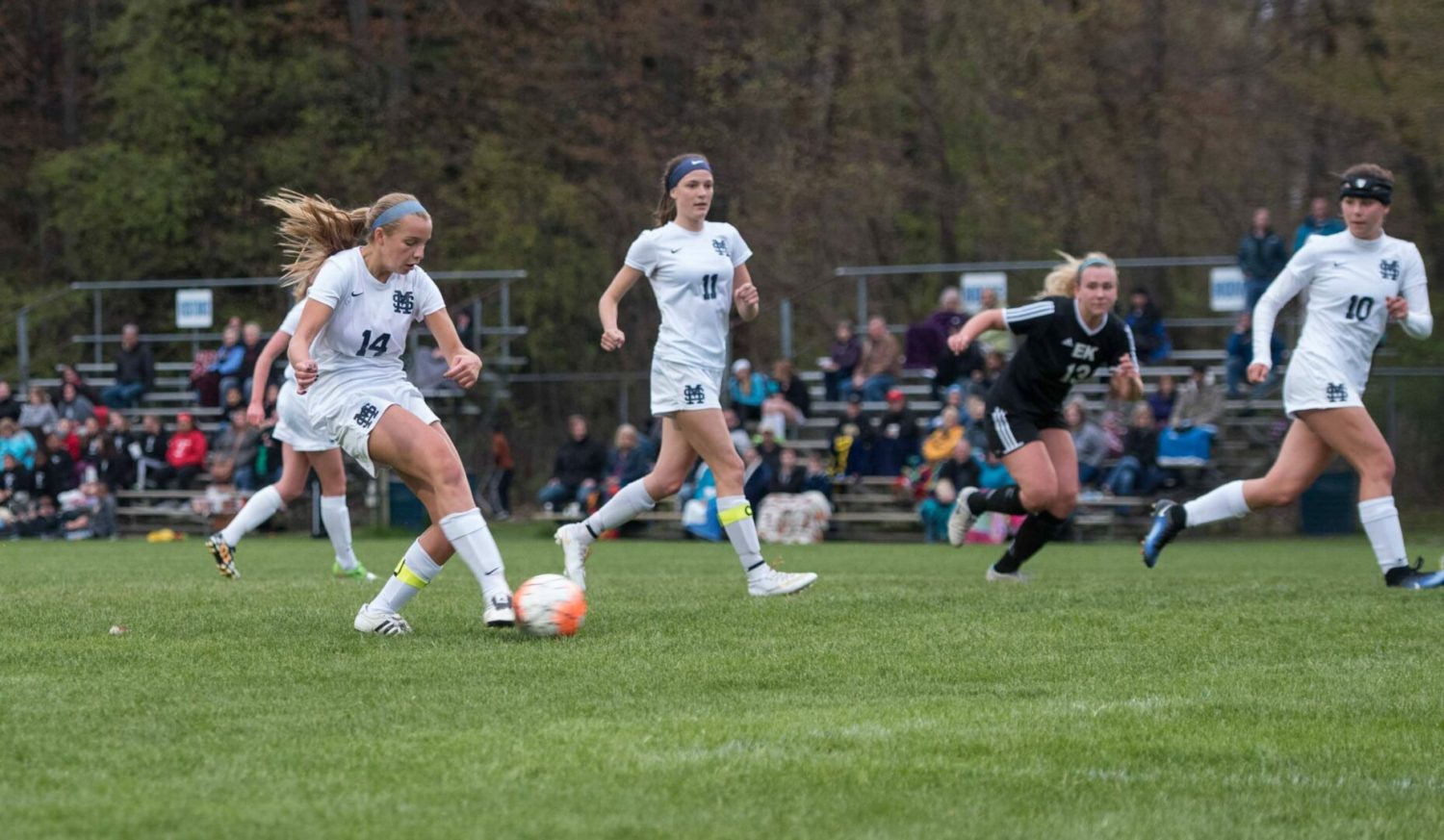 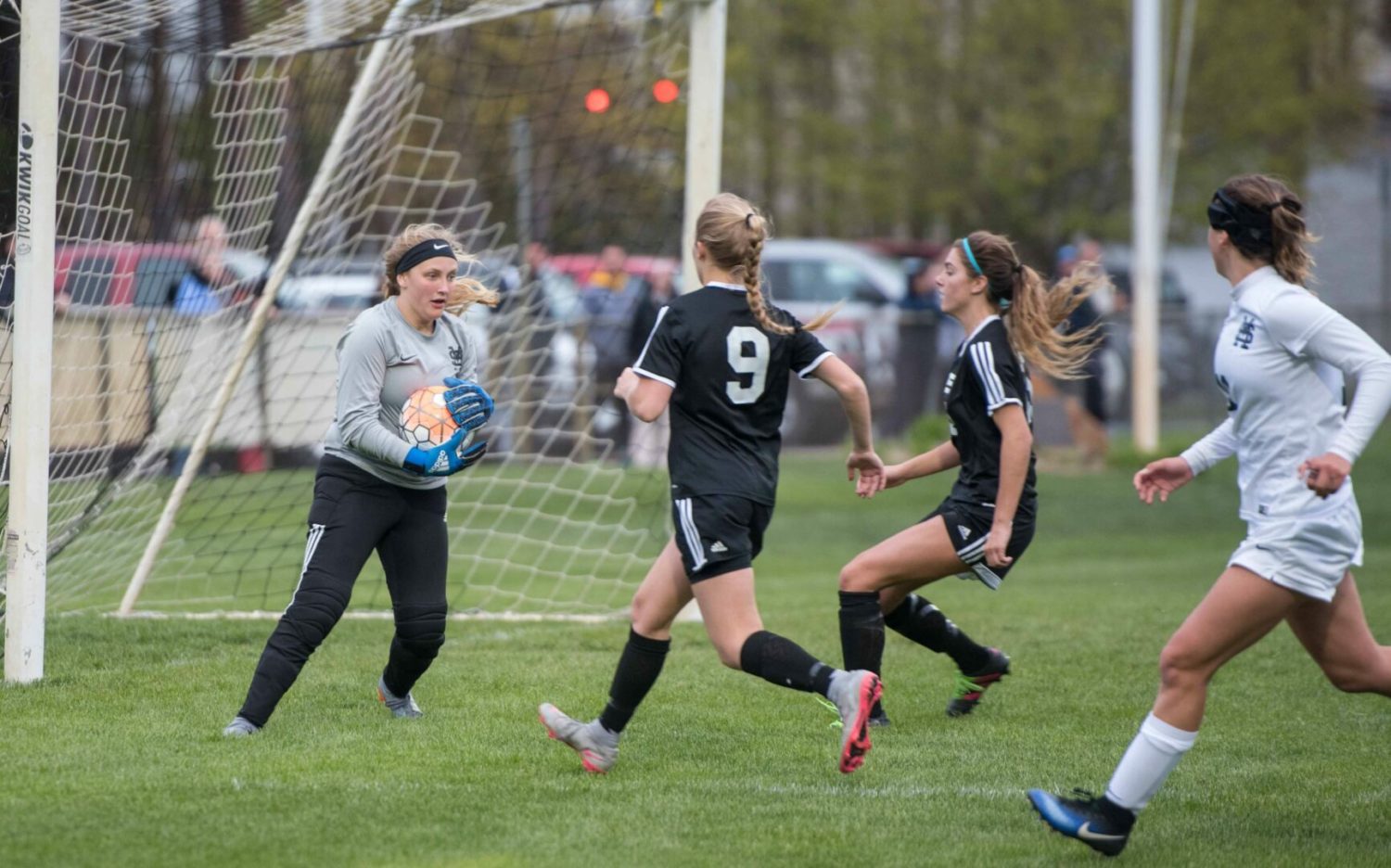 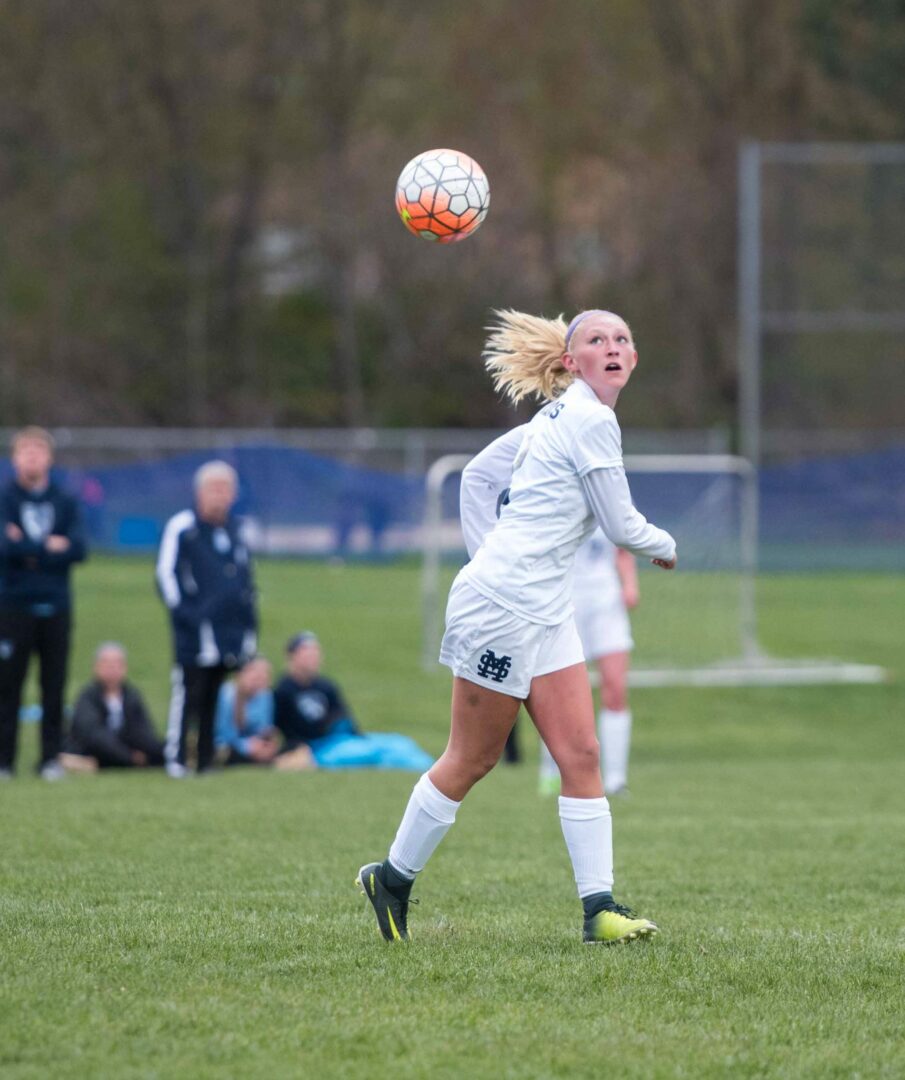 Mal Meston eyes the ball on a clear from the defensive zone. Photo/Eric Sturr 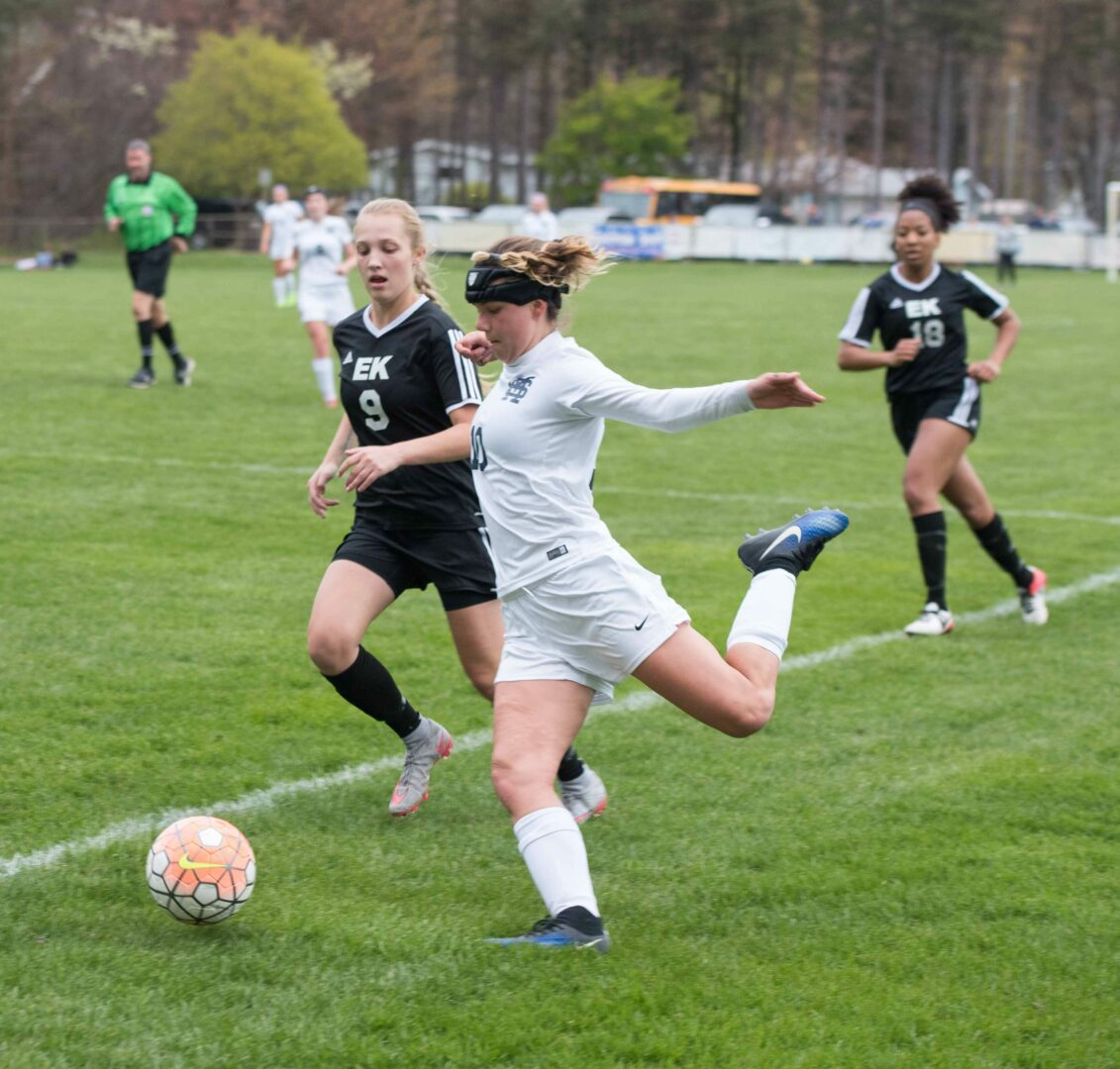 Mona Shores’ Nora Brown crosses the ball from the left wing against East Kentwood on May 9. Photo/Eric Sturr 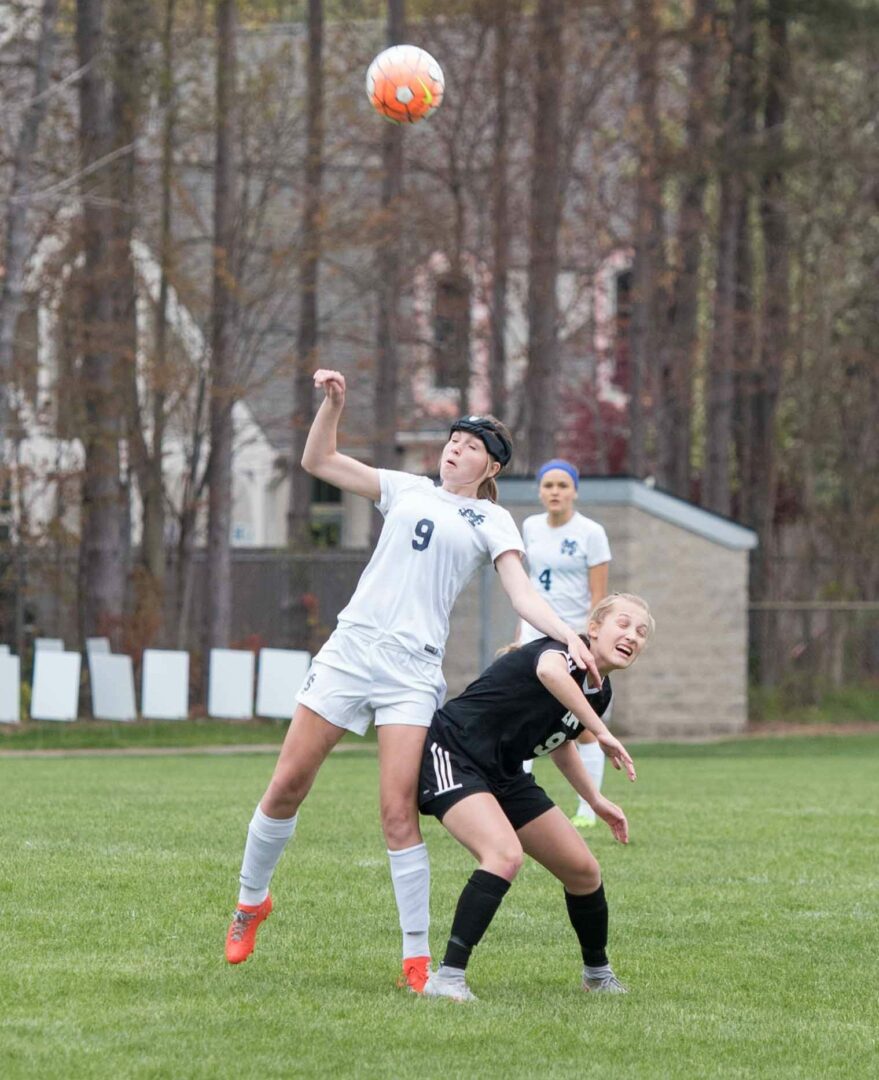