HOLTON – Even with a lineup that can generate runs anywhere in the batting order, the Oakridge softball team still

relies on its big bats to get things started. 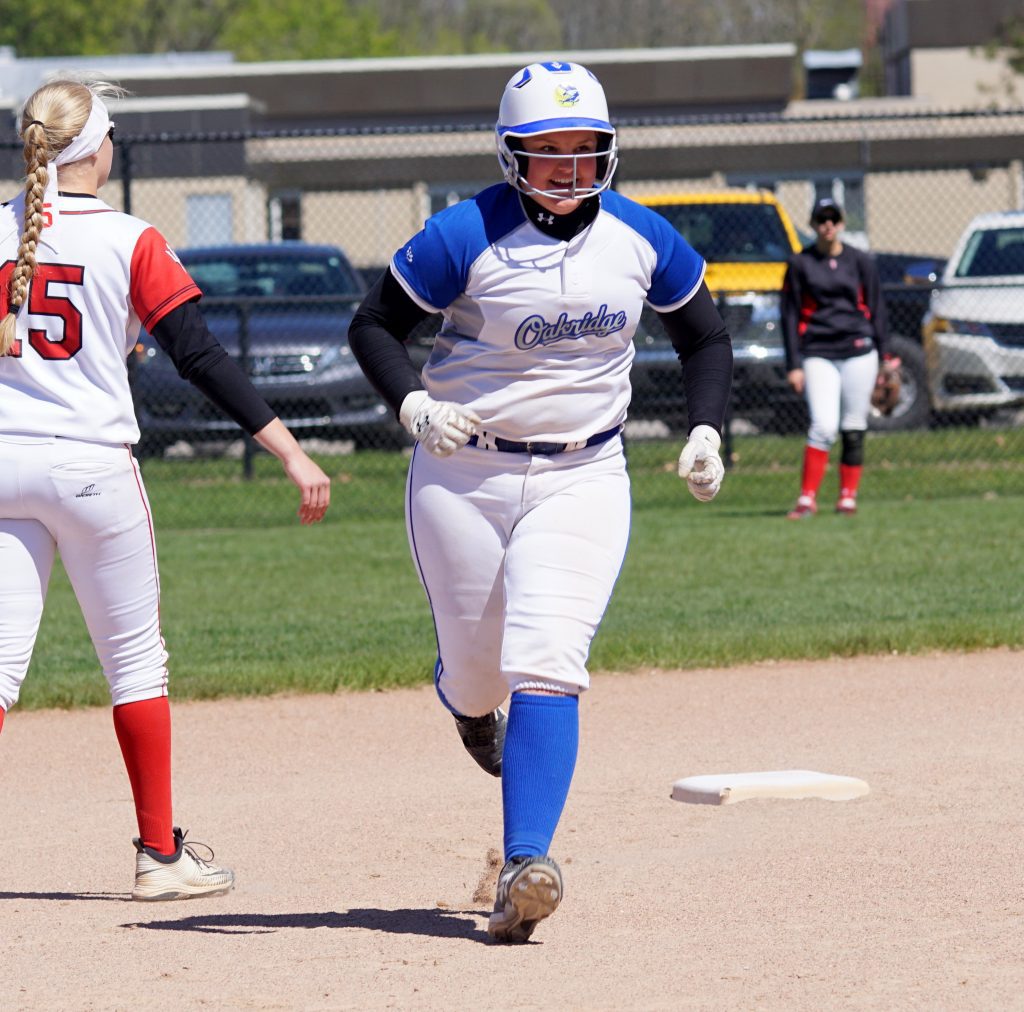 With two outs in the bottom of the first, the Eagles’ Alyssa Fessenden singled and scored on Hannah Reinhold’s triple that hit the fence in right field. On the very next pitch, Madison Carroll launched a 2-run homer to right-center, and within a span of five pitches, Oakridge had a 3-0 lead.

The Eagles cruised to the victory from there, winning the title over Holton, a great team that came into the tournament with only two losses on the season.

“Between Hannah and Madison, they have been just crushing it this week,” said Oakridge Coach Joe Coletta. “I think our whole lineup stood out in parts today, but it was nice to have the heart of our lineup step up in this game and get us the lead.”

Oakridge, which reached the tournament final with wins over North Muskegon and Ravenna, increased its lead to 5-0 on a RBI single by Kayla Fessenden in the bottom of the third. 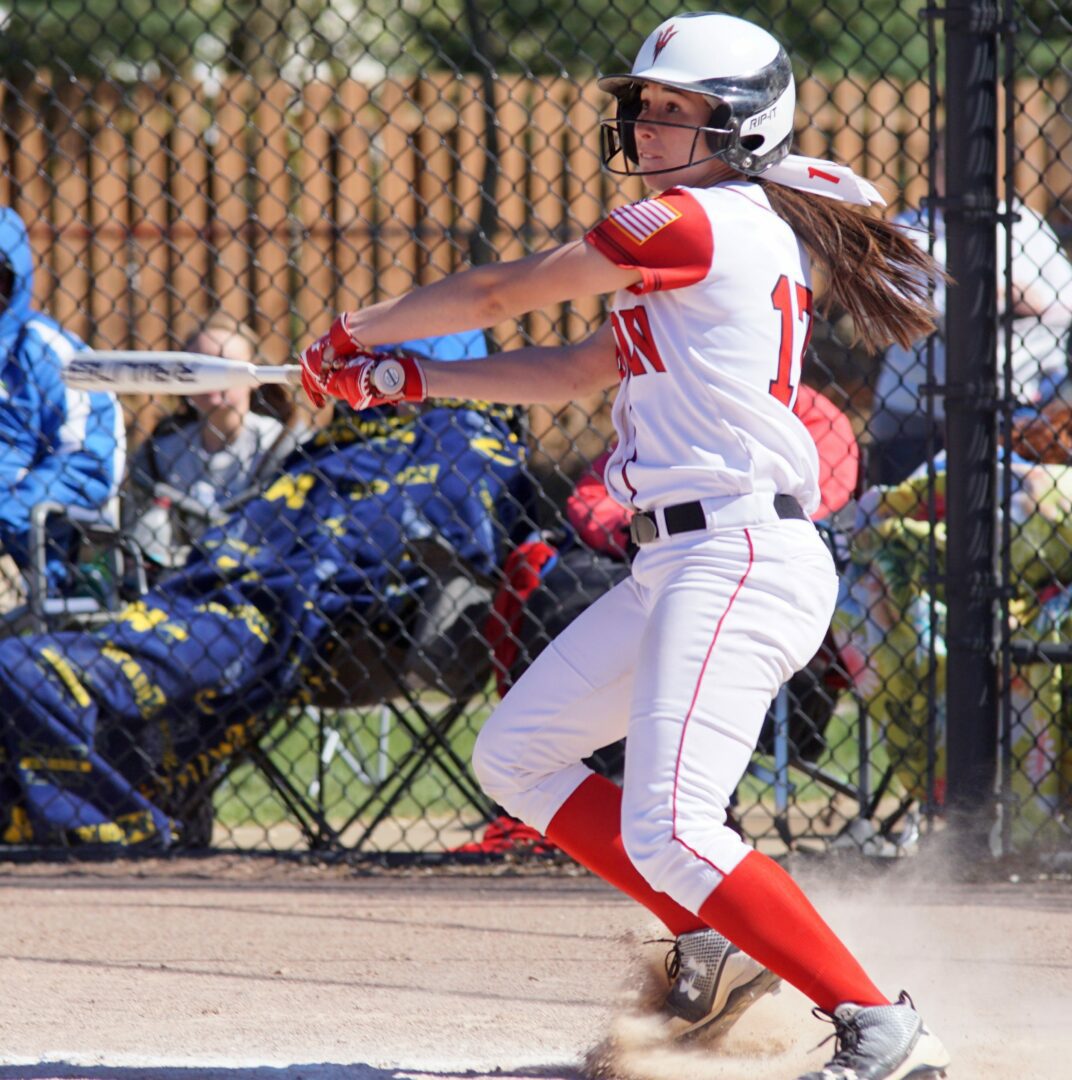 Emily Larabee connects on the pitch for Holton. Photo/Leo Valdez

Holton responded in the following inning, taking advantage of two Eagles errors, two hit batters and a RBI single from Kaylie Piper, to cut its deficit to 5-2.

That’s how the game stayed over the next few innings, with Oakridge pitcher Alyssa Fessenden and Holton pitcher Makaela Baker shutting down opposing batters.

Oakridge finally added some insurance runs in the bottom of the sixth, with Holly Wydeck laying down a perfect bunt on a squeeze play for one run, and Brie Pastor doubling in two more, giving the Eagles an 8-2 lead.

Fessenden put the final touches on the city championship, striking out the side in the top of the seventh to finish with eight K’s in the game.

“To me this is special,” Coletta said. “This is a county tournament and to win it, it should be special. We went 12 years without winning one of these, and now we’ve won two in a row.”

The Eagles outhit Holton 12-4, led by Carroll with three hits, including the homer that started it all.

“When I hit it, it felt pretty good,” said Carroll, a sophomore first baseman. “Even with the wind, I felt pretty confident.”

Reinhold, Wydeck and Madison Dutton finished with two hits apiece for Oakridge, whose record improved to 19-1 with the tournament title.

Holton, now 21-3, advanced to the finals with wins over Western Michigan Christian/Muskegon Catholic and Montague. Courtney Slater had a double for the Red Devils in the finals. 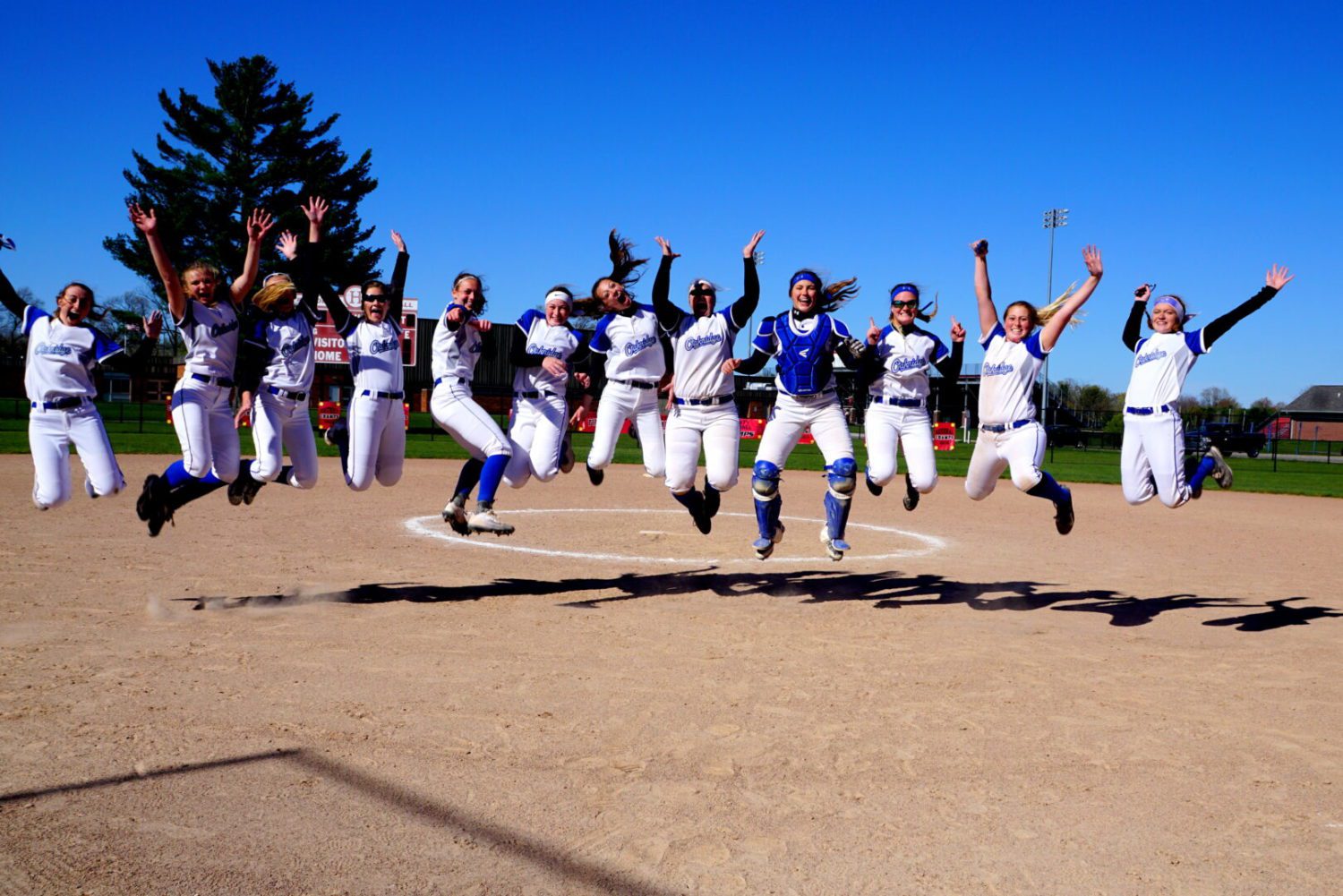 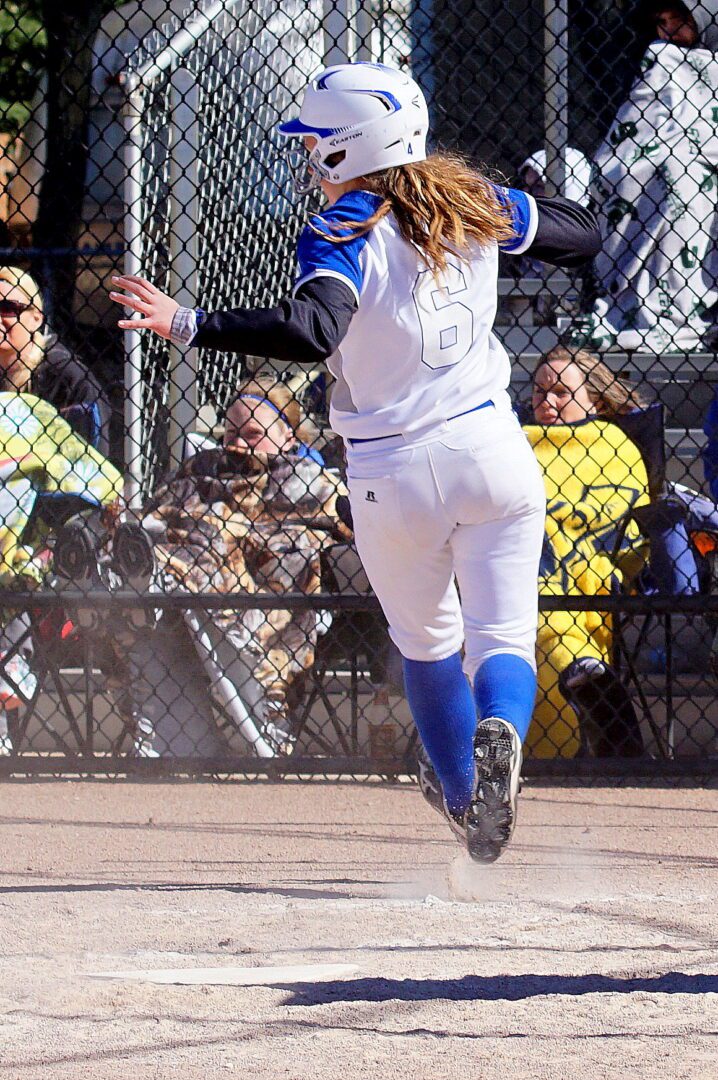 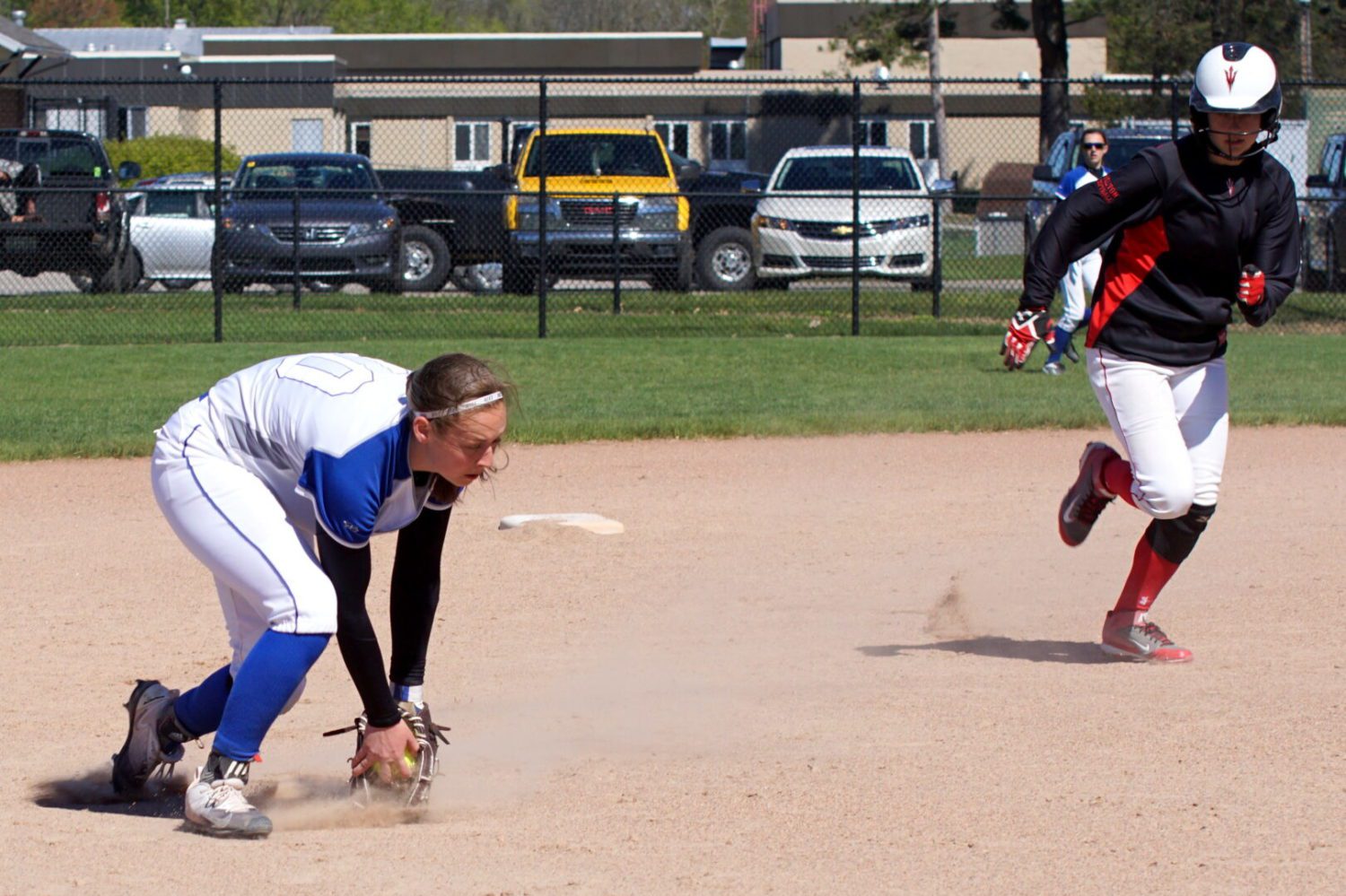 Sophia Wiard makes the play at third base for Oakridge. Photo/Leo Valdez 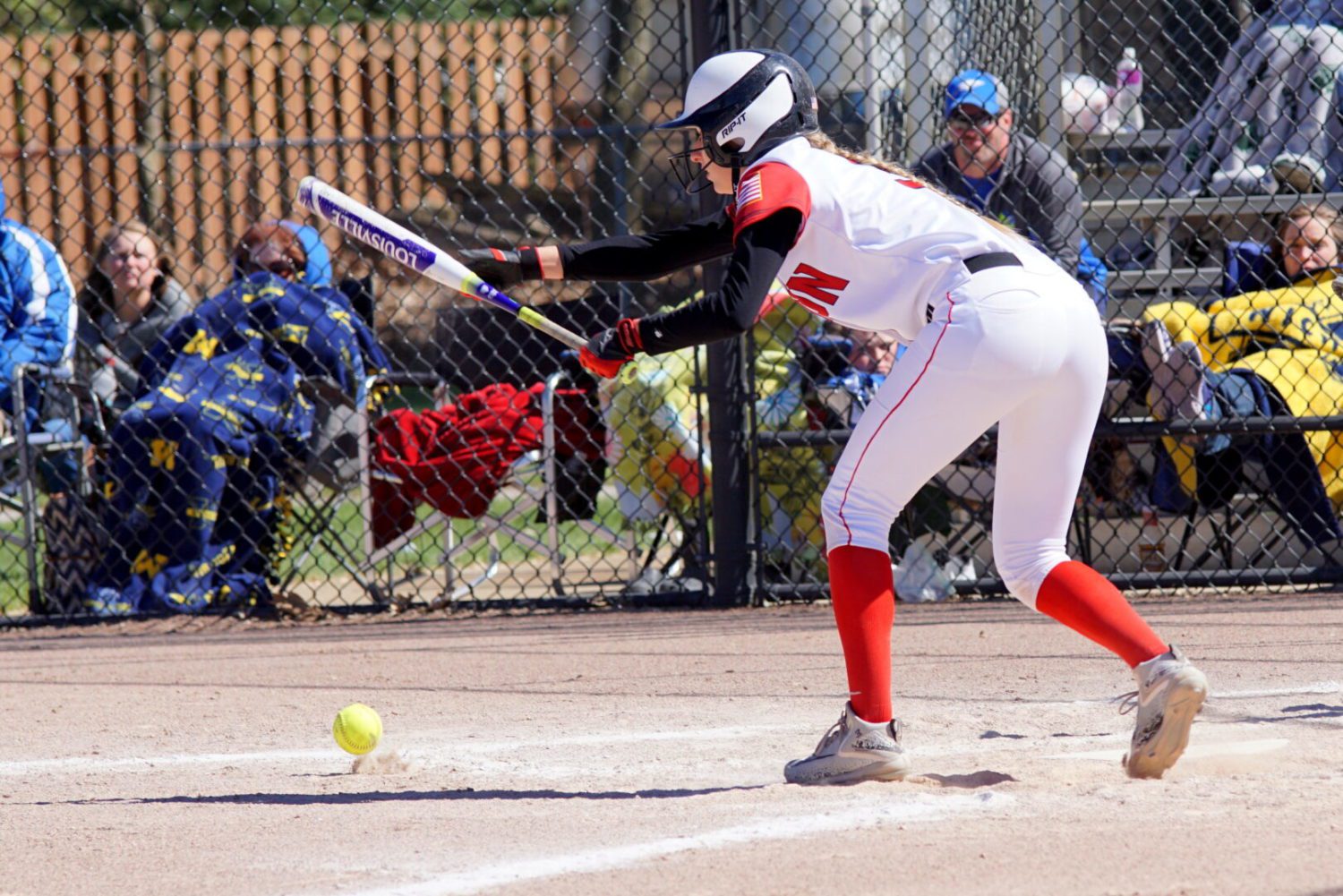 Mikaela Baker lays down the bunt for Holton. Photo/Leo Valdez 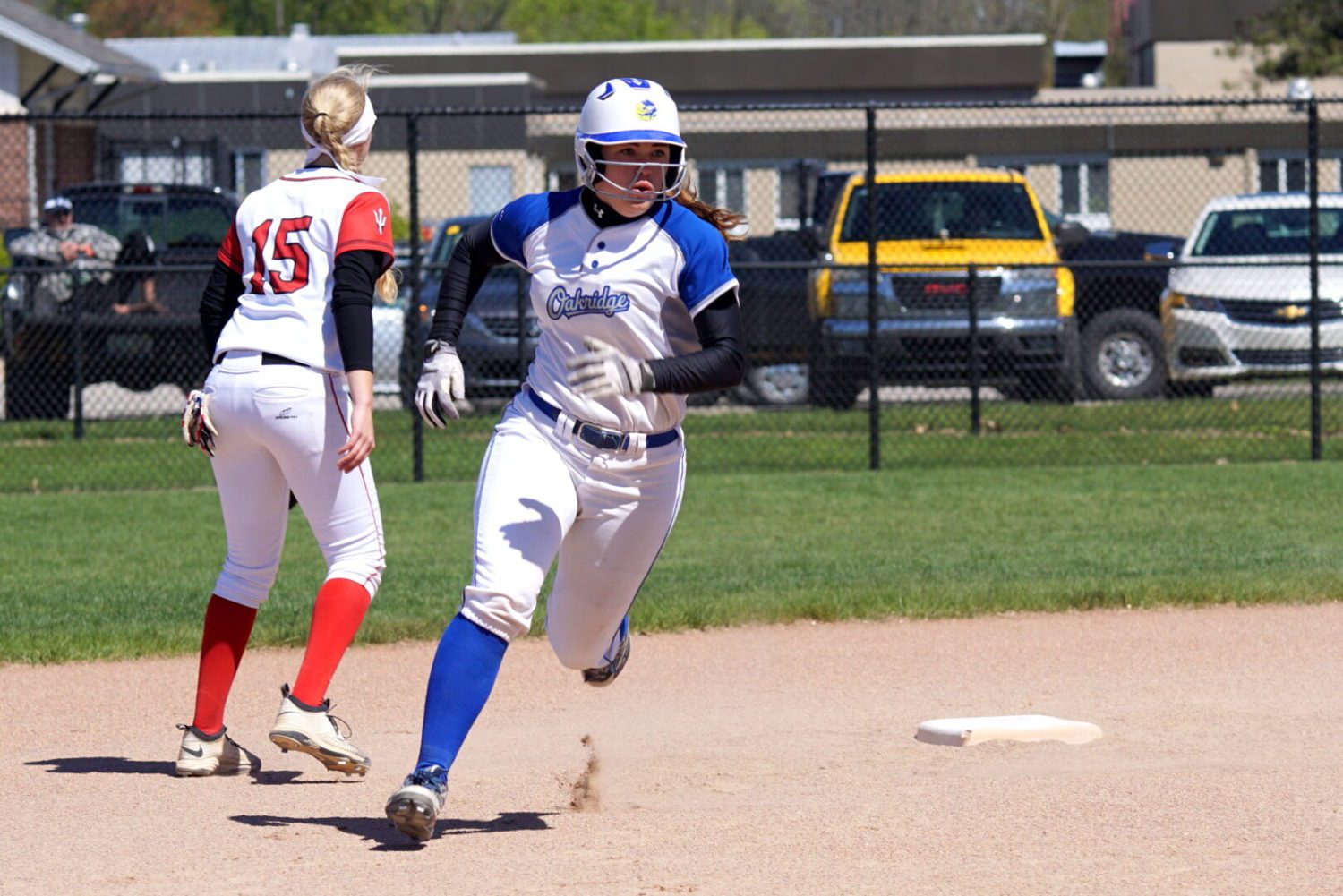 Oakridge takes two from Montague in a softball doubleheader