MUSKEGON – The first time Ludington and Muskegon Catholic faced off in girls soccer this season, the game was

scoreless in regulation and the outcome was determined in an overtime shootout. 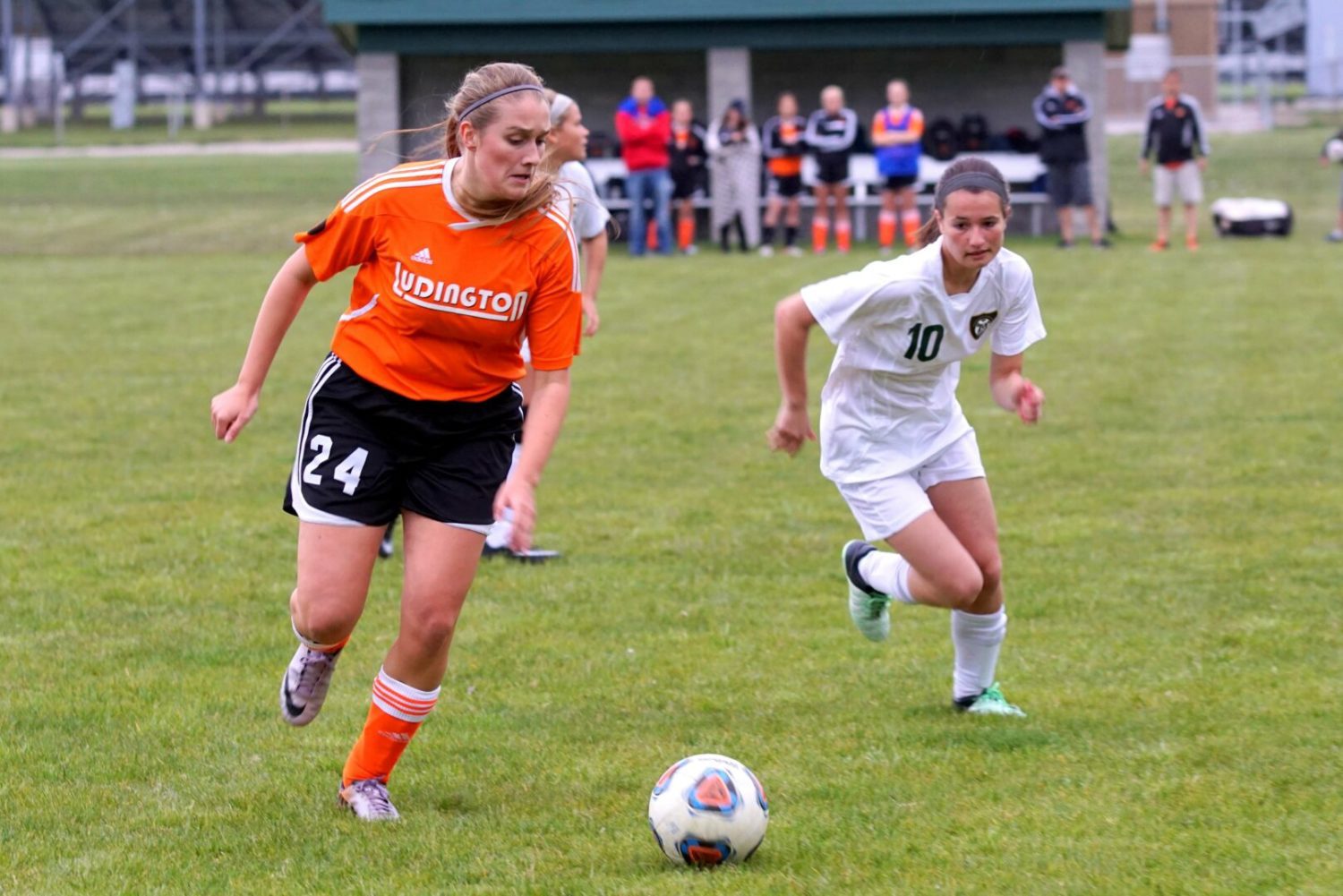 Ludington made the trip to MCC for a rematch on Wednesday, determined to avenge that loss and gain a leg up in the race for the Lakes 8 Conference championship.

The Orioles got the job done, jumping out to a three-goal lead, then holding on for a 4-2 victory over the Crusaders in a battle of two good teams.

Brittany Shay scored two goals for Ludington, which improved to 9-4 overall and 4-1 in conference play. Muskegon Catholic fell to 12-3-1 and 4-2 in the Lakes 8 Conference.

“If we win out, we’ll be conference champs, but we still have Western Michigan Christian, and we know how good they are,” said Ludington head coach Kris Anderson.

Winning the big game was an extra big challenge for the Orioles, who were missing three starters when the contest began, and lost another to injury during the action. 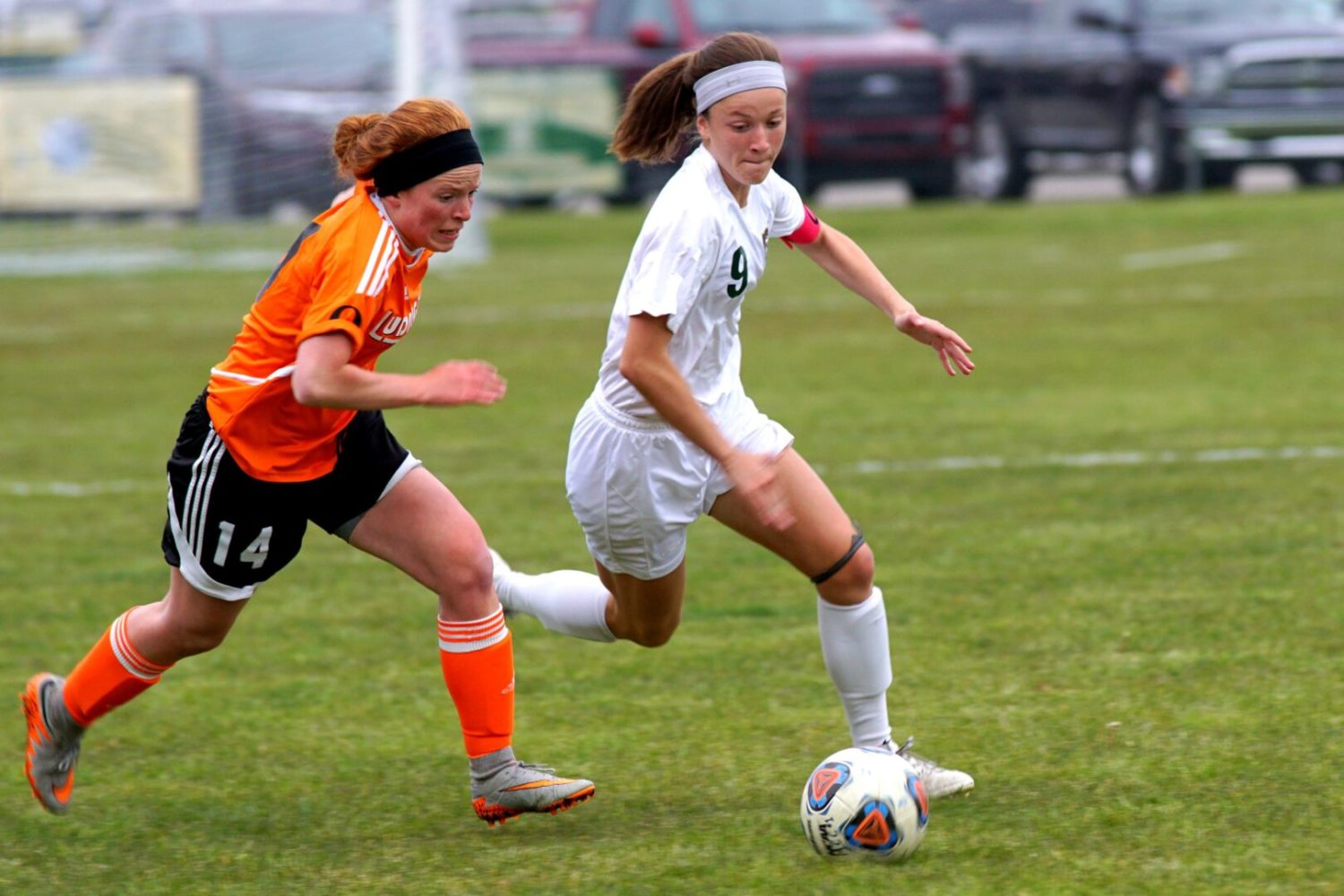 Several Orioles played out of position to cover for their missing teammates.

“We were without three starters today who were either sick or injured, and now we’re down a fourth starter,” Anderson said. “You’ve got people who just aren’t in their normal positions, and (MCC) started to control the midfield. When you’re a little out of sync, it shows.”

Both teams had scoring chances from the outset, but only one shot found the mark in the first half.

With 26:18 left on the clock, Ludington freshman Eleaha Billings chipped the ball into the Muskegon Catholic box. Shay beat the Crusader goalkeeper to the ball and touched it into the net, giving the Orioles a 1-0 lead.

The Crusaders suffered a setback late in the first half, when goalkeeper Isabelle Bertolone was involved in a collision near the goal and was forced out with an apparent leg injury. Hannah Ladd replaced her for the rest of the game.

Shay scored again 8:15 into the second half on a long shot from the right wing, giving Ludington a 2-0 edge. 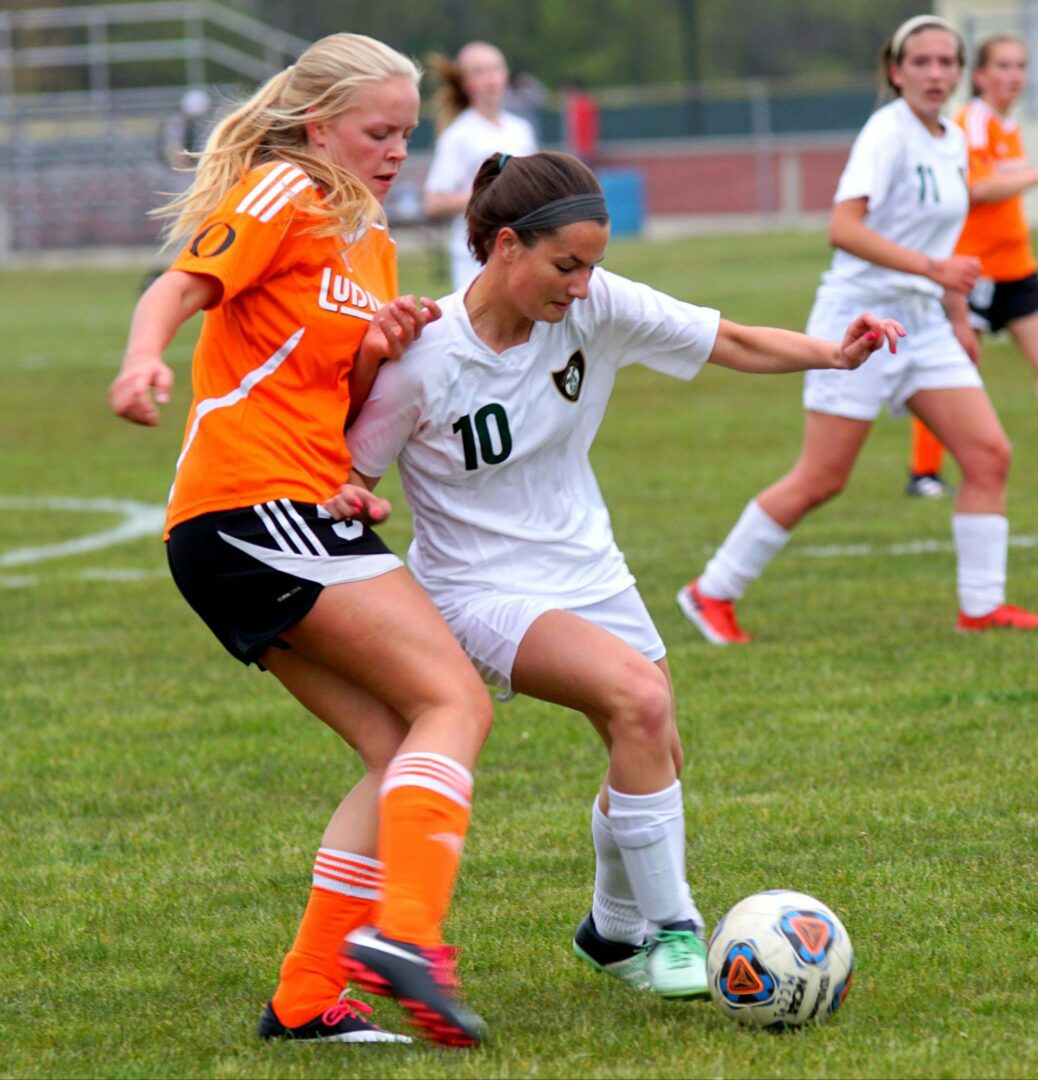 Ludington’s Jenna Keson launched a free kick from near the center line into a crowd at the top of the MCC box with just under 25 minutes left to play. Courtney Edwards emerged with the ball and scored, giving the Orioles a seemingly safe 3-0 lead.

But the Crusaders fought back and made things interesting.

They got on the board with 15:07 to play when Lauren Doriot centered the ball to Caitlyn Fodrocy, who beat the keeper to cut the lead to 3-1.

MCC’s Talia Tyler drove down the sideline and blasted a goal from short range with 6:49 to play, making the score 3-2.

But the Crusaders’ comeback was stymied when one of their players received a red card for a defensive infraction and was ejected from the game, forcing MCC to play the last few minutes one player short.

Ludington took advantage  with 2:21 remaining when Olivia Sekenske lofted a high, arching free kick over everyone – including the MCC goalkeeper – and it landed in the back of the net.

“We had our opportunities, it is what it is,” said MCC head coach Art Dorsey. “At the end of the day, we’re trying to grow and get better for districts. We’ll be ready when that time comes.

“I’m not disappointed at all. This is the way soccer goes sometimes.”