But the results were not so good for the Red Devils this time around. 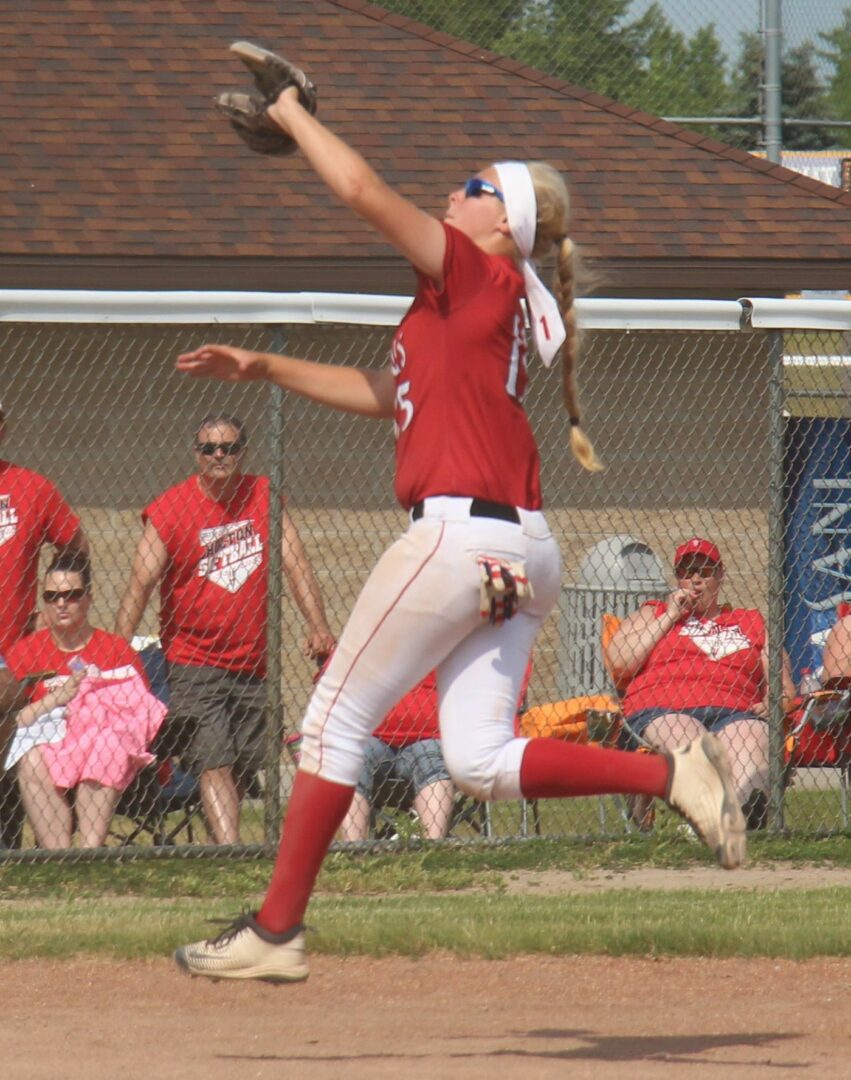 Kaylie Piper jumps up to snag the short pop up for Holton. Photo/Jason Goorman

One year after defeating the Comets and advancing to the state semifinals, Holton was blanked by Coleman 5-0 on Tuesday at Greenville High School.

The Red Devils closed their season with a 32-10 record, which included a CSAA conference championship and district and regional titles.

“We had chances and couldn’t make it happen,” said Holton Coach Kirk Younts. “Coleman made good plays. They are a good team. I am getting sick of playing them. They are always competitive, but so are we.”

The Red Devils struggled offensively, only managing to muster three hits throughout the comtest. Haylee Brant, Kaylie Piper and Shelbey Younts each collected singles for Holton.

The Comets opened the scoring in the third inning on an RBI single by Jaden Berthume, which scored Liz Dana.

The Red Devils looked to tie the game in the fourth inning with a pair of one-out walks by Morgan Murat and Courtney Slater, but failed to get a runner past third base. 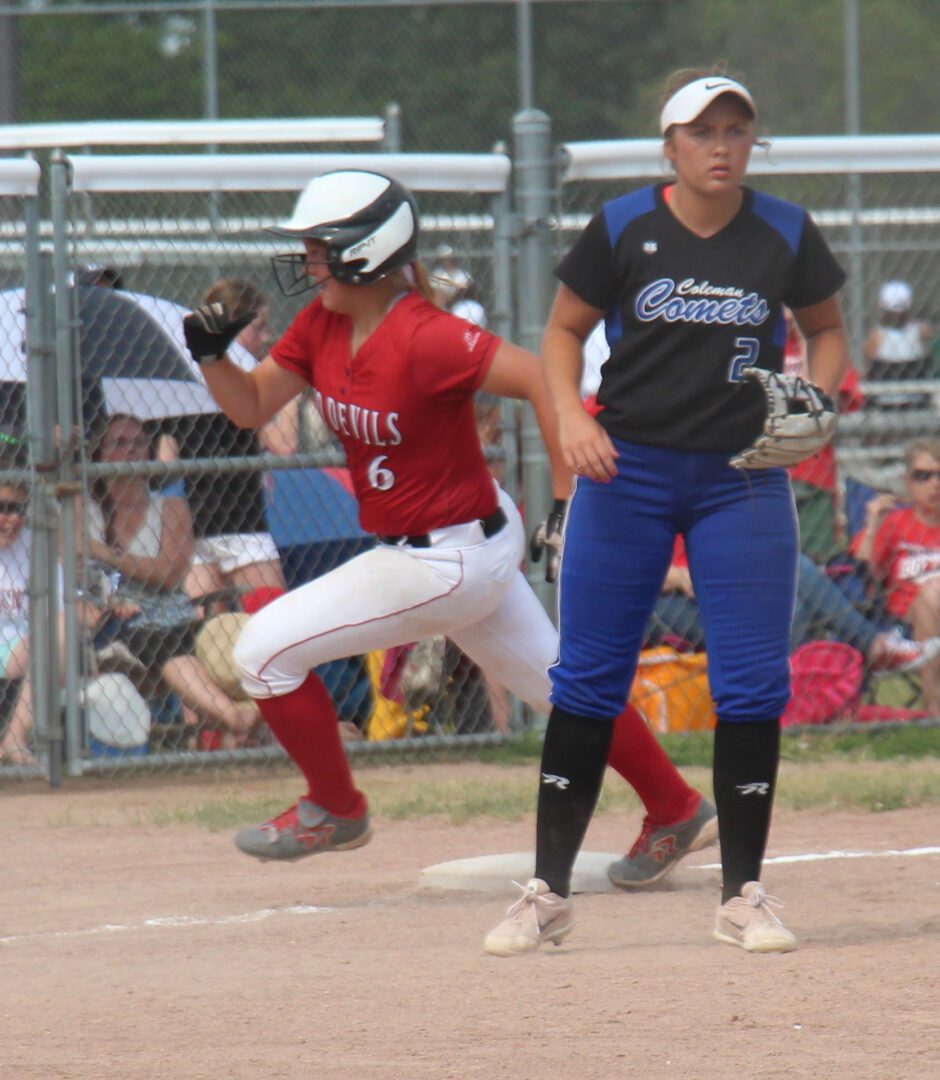 Morgan Murat rounds third base in hopes of reaching home for Holton but is held up. Photo/Jason Goorman

Coleman increased its lead to 2-0 in the sixth inning on an RBI single from Kalie Weidman, which scored Brianna Townsend following her two-out triple.

Holton had the tying runs on base in the bottom half of the sixth with two outs, but ended the frame on a groundout to the pitcher.

The Comets added three runs in the seventh inning on an RBI double from Berthume and an RBI single by Faith Barden.

Barden scored the final run of the contest on a Holton error.

“It’s been great,” Younts said about the Red Devils’ season. “We played tough against tough competition. We are going to keep fighting and keep playing good schools to get better.”

Schedule and matchups for this week’s boys basketball regional tournaments