The Muskegon Catholic girls’ soccer team is headed to the Division 4 state semifinals.

The Crusaders earned that right with a thrilling 2-1 overtime victory over Elk Rapids on Thursday in the Division 4 regional finals at Big Rapids Crossroads Academy. 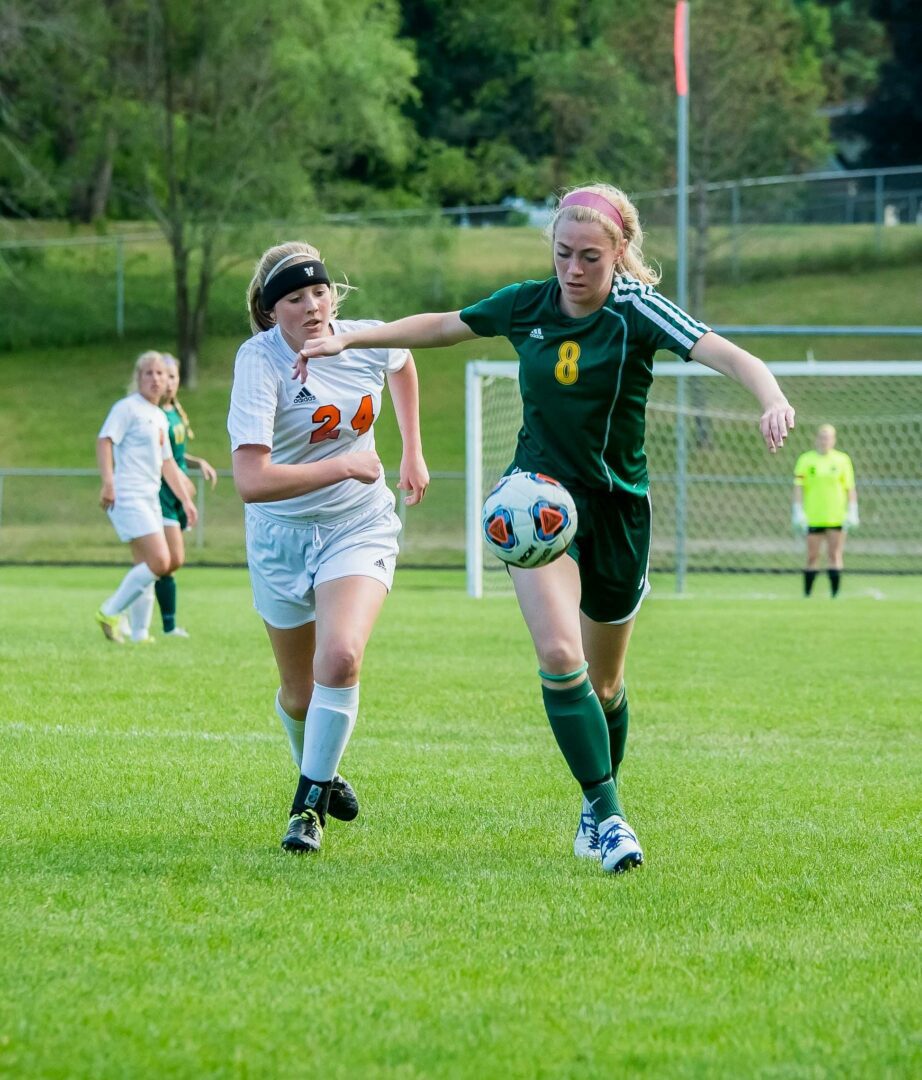 No. 8 Lauren Doriot follows the possession up field for MCC. Photo/Christine Tyler

Lauren Doriot scored the game winner for MCC 30 seconds into the second overtime.

MCC, now 21-4-1 on the season, will play Kalamazoo Christian in the semifinals on Tuesday at 7 p.m. at Comstock Park High School. A victory would put the Crusaders in the state finals on Saturday, June 17 in Williamston.

The Crusaders had a 13-5 advantage in shots on goal in the game, but trailed 1-0 at halftime. MCC Coach Art Dorsey said his team never panicked, and he was confident they would score.

“We’ve been in these situations a few times this year,” the coach said. “We are a very mentally tough group. There was no doubt in my mind we would answer. Once we scored that first goal, we took the game over from that point on.”

MCC ‘s first goal came 11:36 into the second half on a penalty kick by Lilli Conroy. It tied the score 1-1 and sent the game into eventual overtime.

The first 10-minute overtime was scoreless, but Doriot broke through with a goal just half a minute into the second OT, after taking a cross-field pass from teammate Collen Murphy. The goal was scored inside the Elk Rapids box, from about 15 yards out.

“That was the one we needed,” Dorsey said. “The girls were super pumped a little more defensively after that, and we killed off the rest of the clock.” 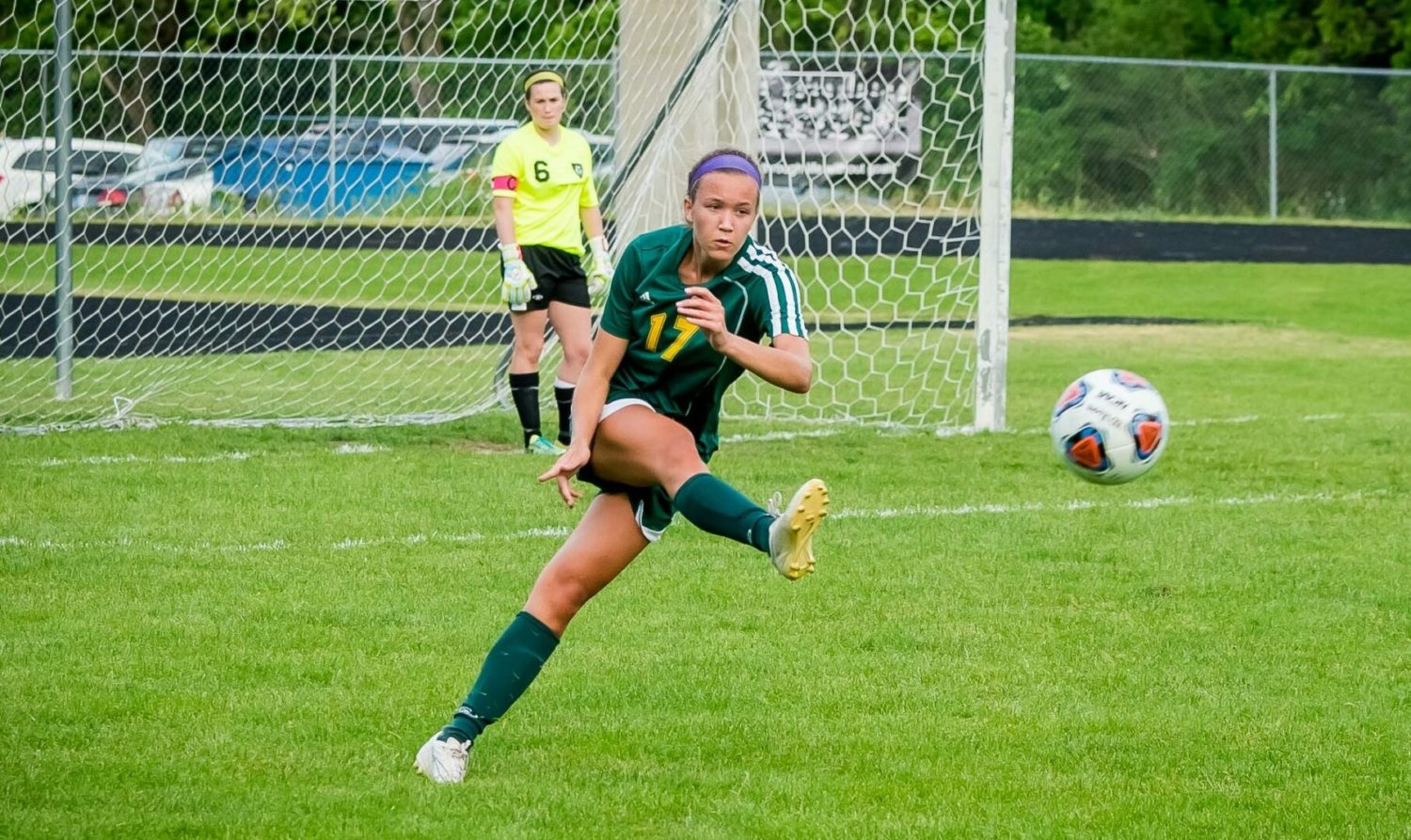 Kyra Tyler clears out for the Crusaders. Photo/Christine Tyler 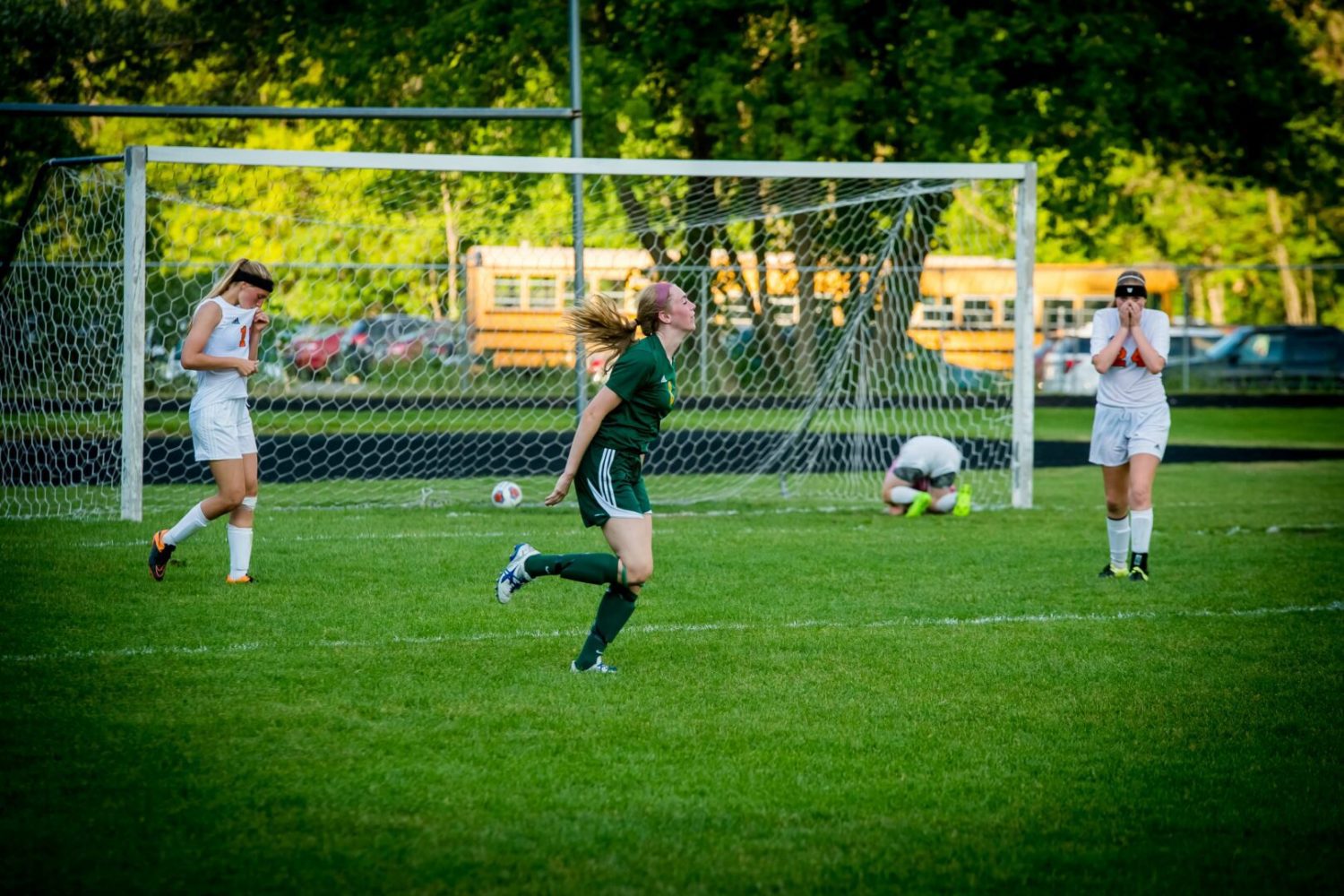 Lauren Doriot looks up in celebration after the MCC goal. Photo/Christine Tyler 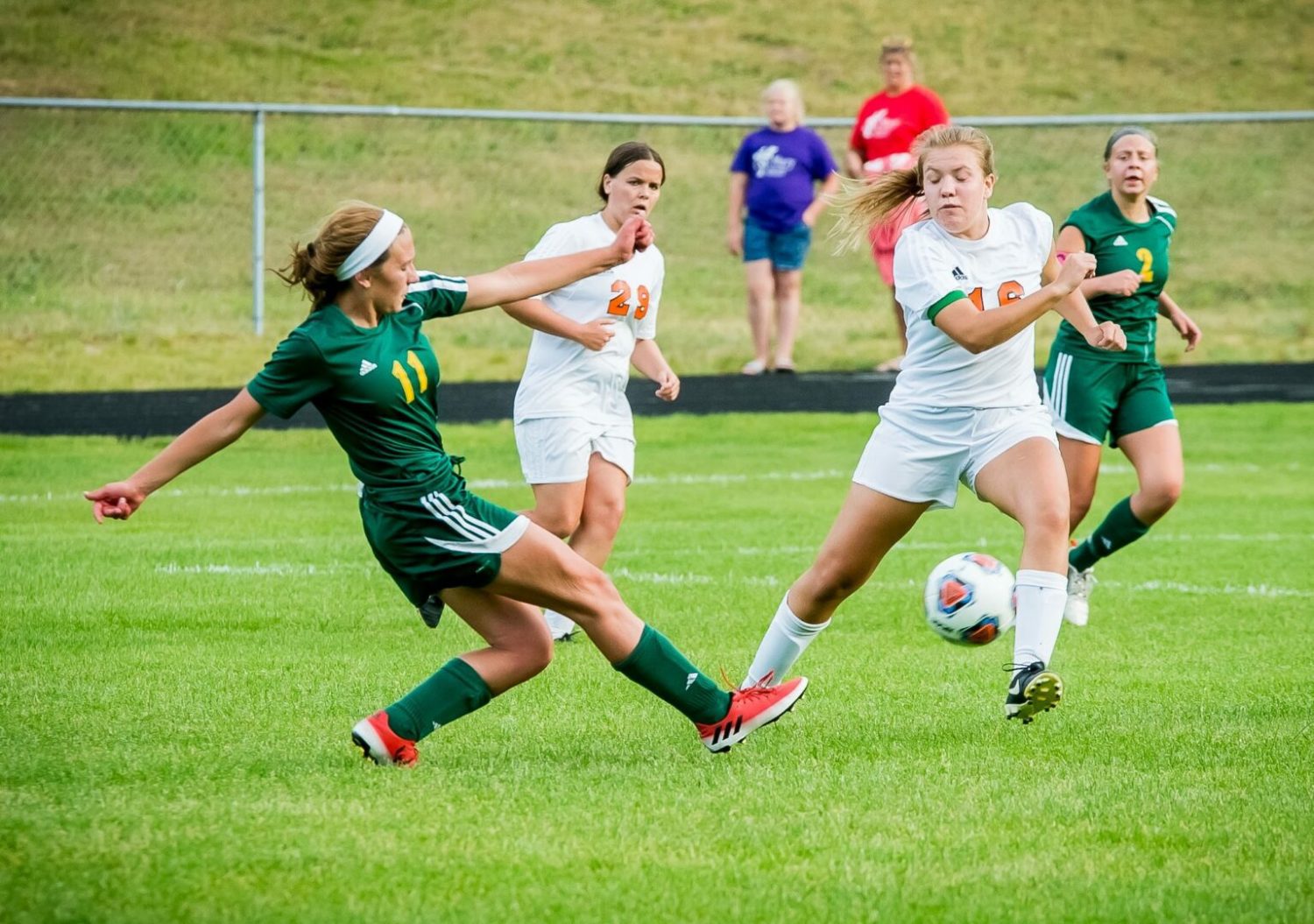 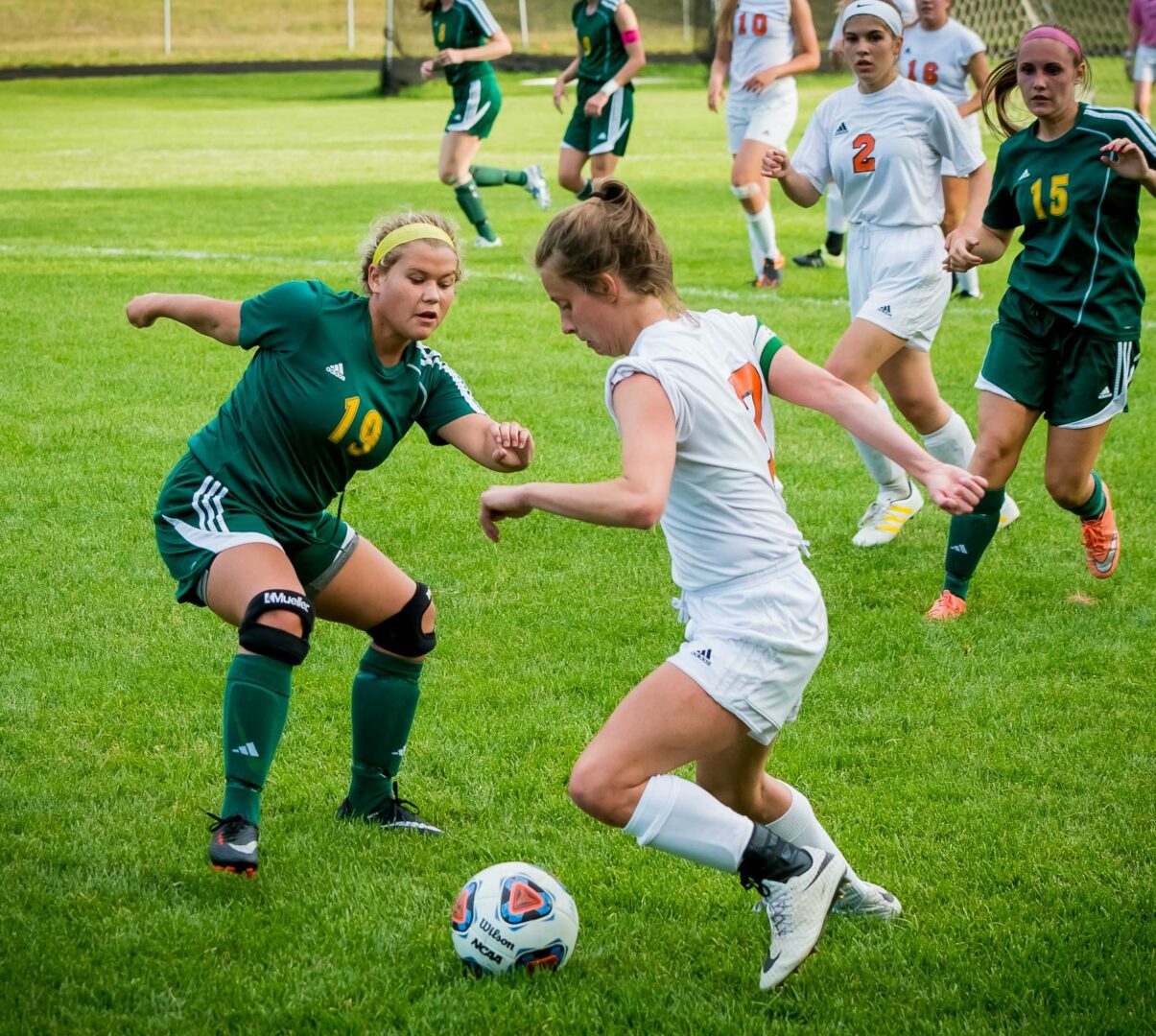 No. 19 Mya Gonzalez on defense for Muskegon Catholic. Photo/Christine Tyler 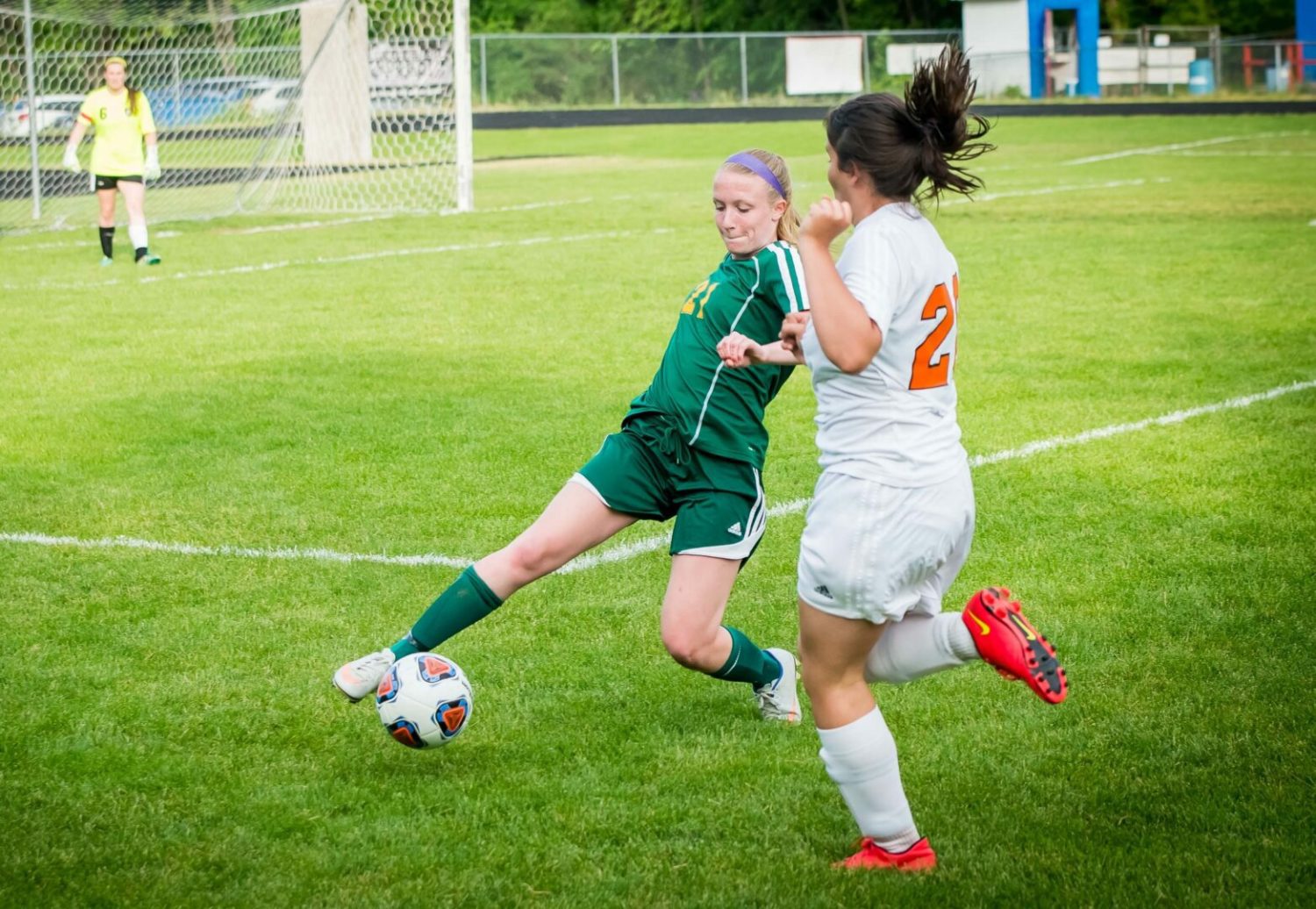 MCC’s Colleen Murphy gets in front of the ball on defense. Photo/Christine Tyler 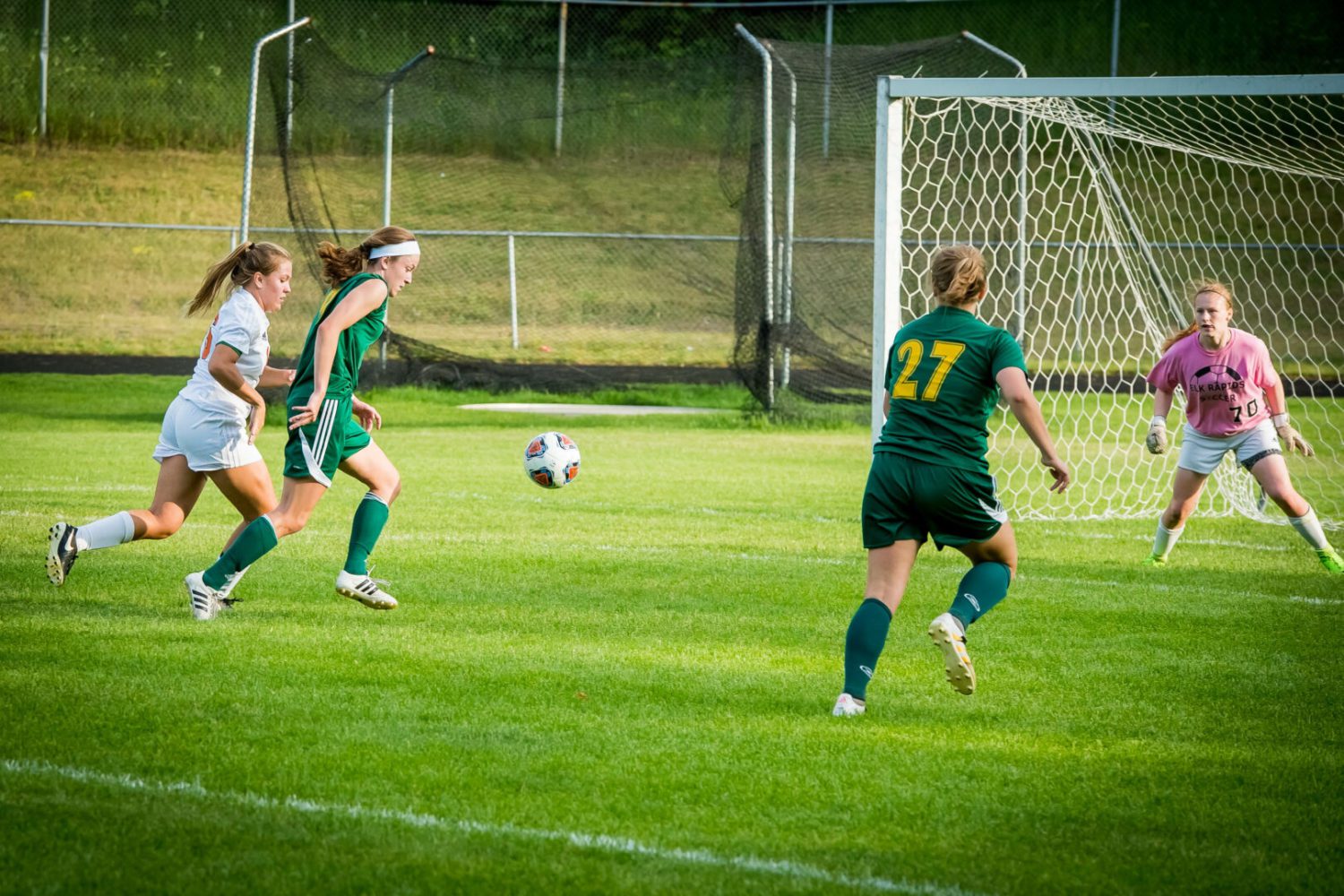 Talia Tyler gets the ball close to the net for MCC. Photo/Christine Tyler