MUSKEGON – For half an inning on Saturday night, it looked like the Muskegon Clippers might be starting to turn their season around.

After pulled out a 5-4 comeback win on Friday over the Grand River Loggers, the Clippers opened Saturday’s rematch by

grabbing a three-run lead in the first inning.

But it didn’t hold up.

Spotty pitching and an error-prone defense allowed Grand River back into the game, and the Clippers ended up on the short end of a 9-6 score at Marsh Field.

The Clippers are now 3-6 on the season. They have lost five of their past six games, and will host the St. Clair Green Giants on Sunday at 7:05 p.m. 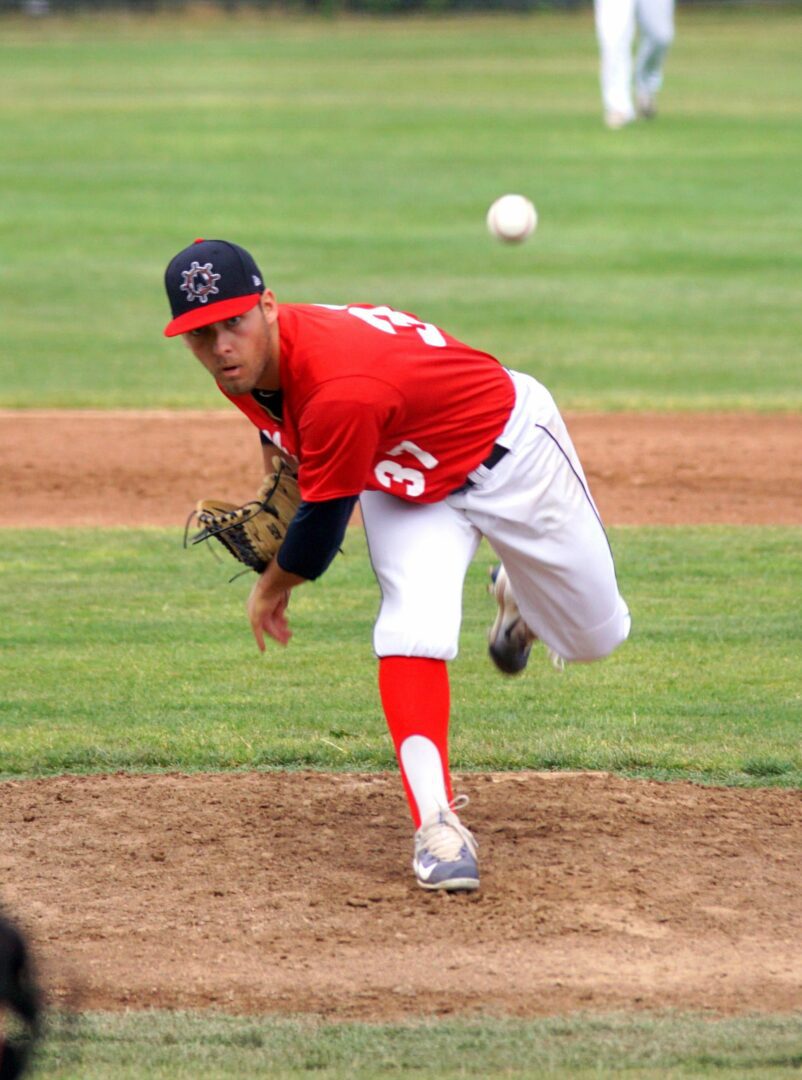 Austin Batka delivers the pitch for the Clippers. Photo/Leo Valdez

“To play so well last night, and then to come out and not play with enough energy, especially after getting out in front, was disappointing,” said Clippers Manager Walt Gawkowski.

“That was not one of our better efforts. We have to throw more strikes, and we didn’t put the ball in play enough and create enough traffic on the bases.”

Clipper fans had reason to cheer in the bottom of the first inning when their team jumped out to a quick lead.

Bryce Kelley and Nolan Bryant led off the inning with singles, and Ryan Blake-Jones walked to load the bases. Pete Zimmerman followed with a two-run single, and another run scored later in the inning on a Grand River error.

But Grand River fought back two runs in the top of the second, aided by two Clipper errors. One of the Logger runs scored on a passed ball.

Grand River took control of the contest with five runs in the top of the fourth, again with assistance from a leaky Clippers defense.

JoJo Allen and Cody Staab led off the inning with singles, and Allen advanced to third on another Clipper error. Grand River scored on a passed ball to tie the game at 3-3, then Jason Cryar knocked in the go-ahead run with an RBI double. 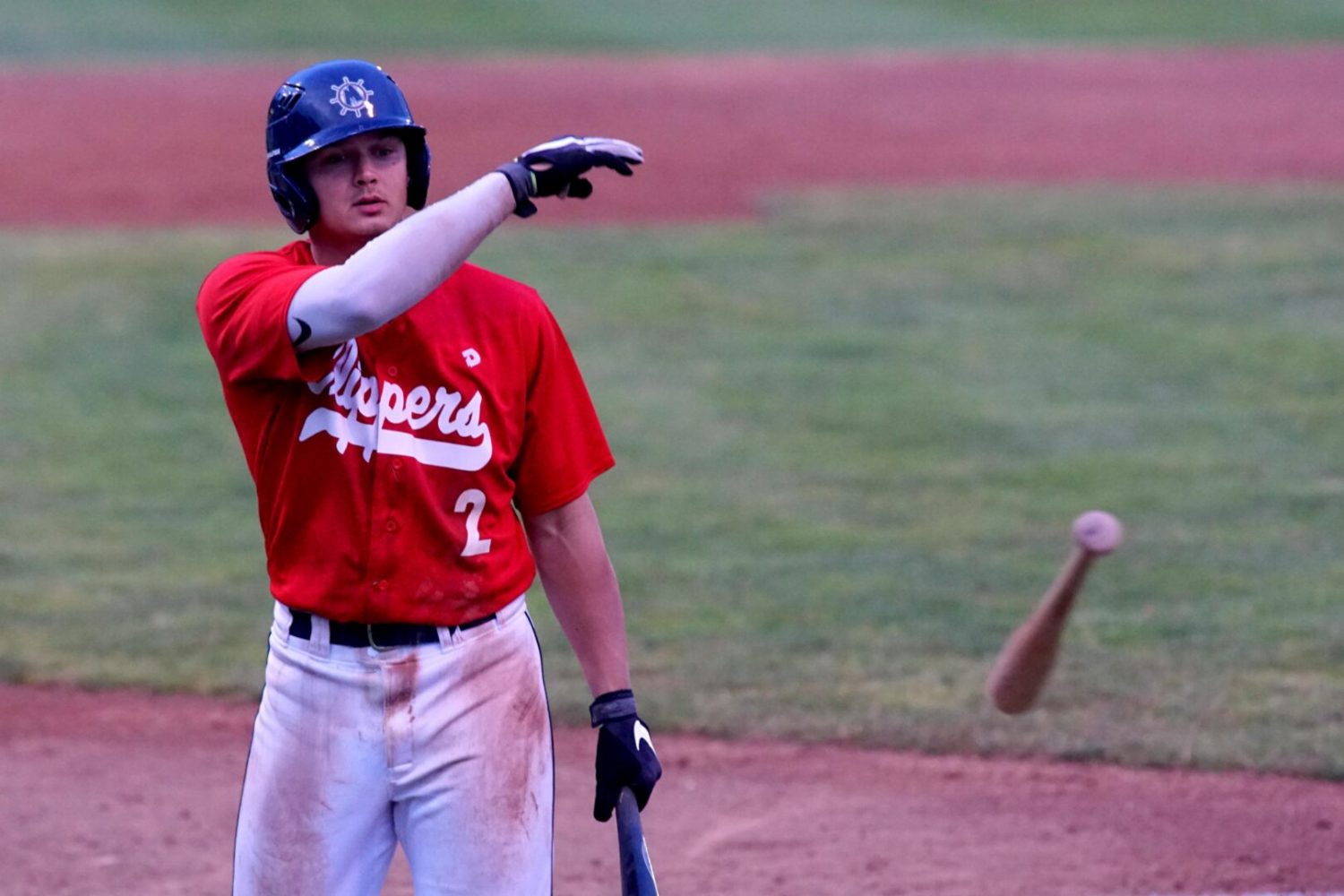 Another run scored on a passed ball two batters later, then Bailey Peterson delivered a run with an RBI sacrifice fly. Harrison Salter capped off the Logger uprising with an RBI single.

Grand River led 7-3 by the end of the fourth, and tacked on single runs in the fifth and eighth innings.

“It was sloppy,” Gawkowski said about his teams’ defensive play. “It’s easy to say that when an inning starts dragging and we’re not throwing strikes, the defense can get back on its heels, but you have to focus.”

The Clippers scored three runs in the bottom of the eighth with a double by Ethan Hajdukovic, a single by Taran Shahidi, an RBI sacrifice fly by Kelley and a two-run double by Blake-Jones.

Overall, Zimmerman and Jacob Buchberger had two hits apiece for the Clippers, who were outhit 16-13 in the game. Salter, Allen, Cryar and Zach Leone all had two hits for Grand River. 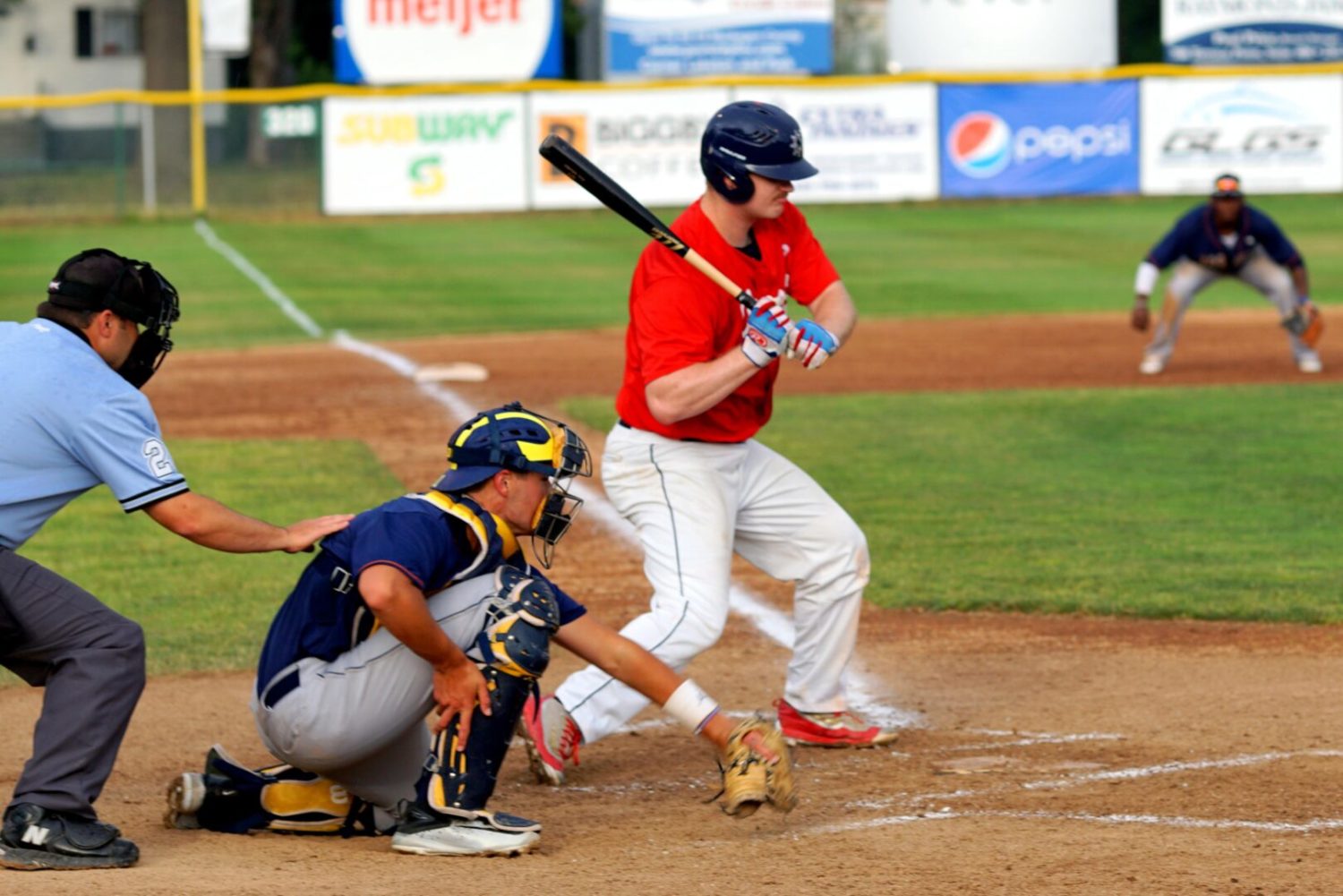 Peter Zimmermann takes the pitch in the dirt for Muskegon. Photo/Leo Valdez 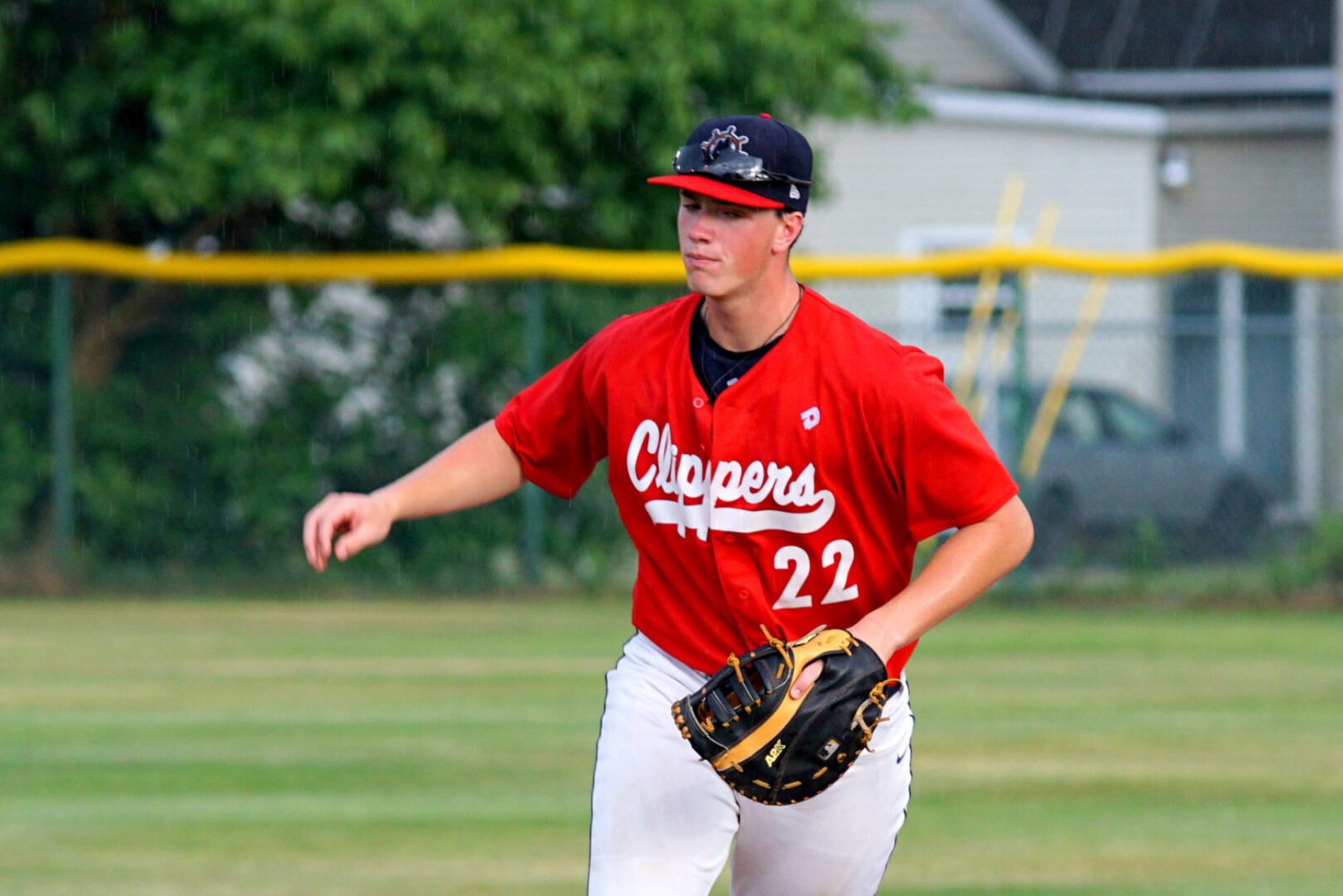 Ryan Blake-Jones heads in for the dugout after Muskegon makes the final out of the inning. Photo/Leo Valdez 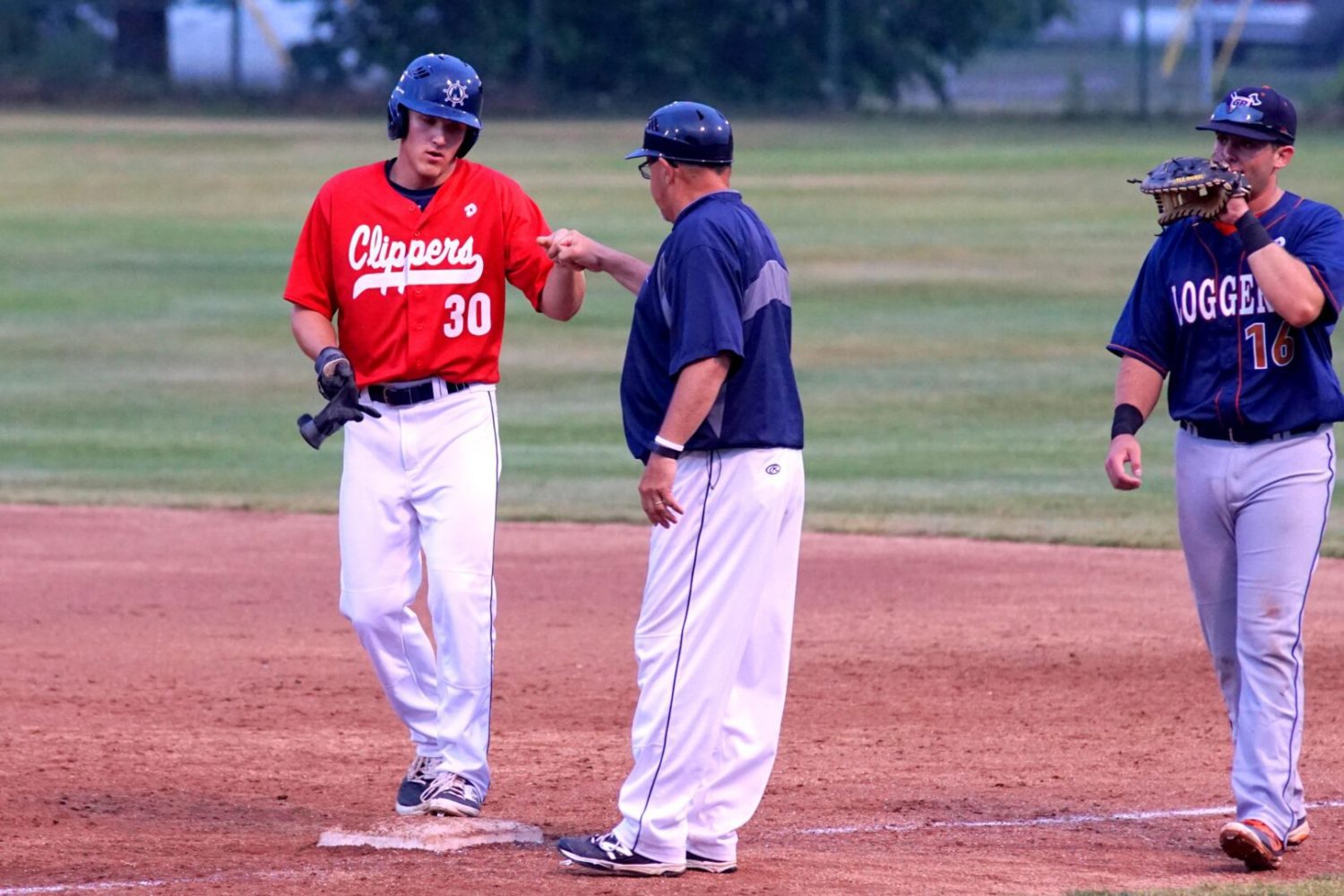 The Clippers’ Wyatt Featherston is congratulated by first base coach Brian Wright for reaching base safely. Photo/Leo Valdez

Holton falls in four sets to Lakeview in conference clash 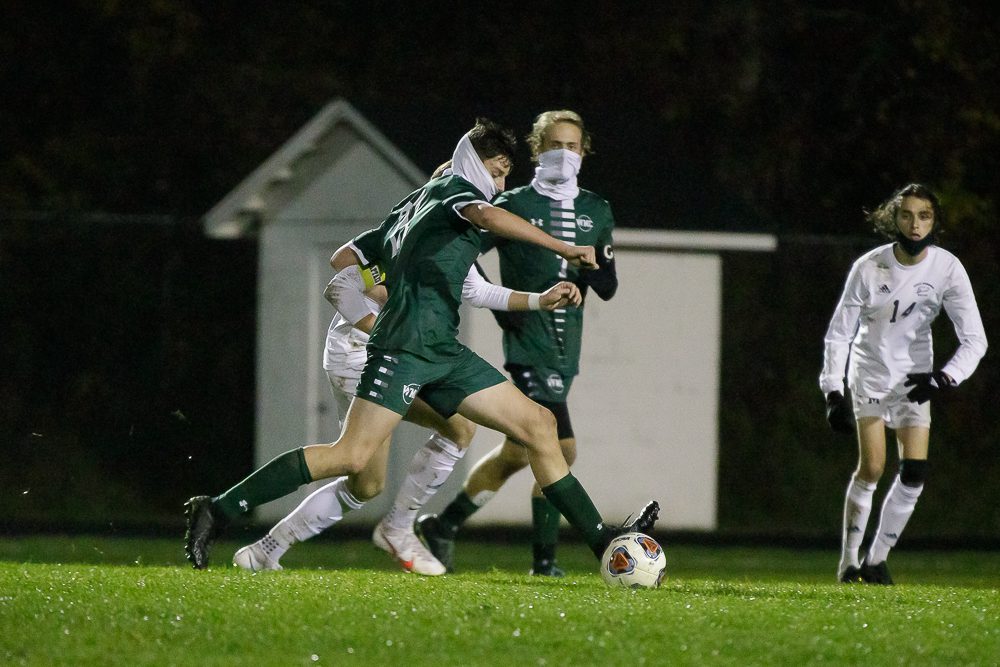