The Muskegon Risers used a Matthew Robinson goal and big saves from goalkeeper Carter Selvius to lead the way in a 1-0 shutout of visiting Carpathia FC on Saturday.

Robinson connected on Muskegon’s lone goal five minutes before halftime after Michael Mayberry rocketed a shot off the post and onto the foot of a waiting Robinson.

Selvius posted key saves in goal early in the first half to set the tone and stopped a pair of dangerous Carpathia opportunities in the box midway through the second half. Selvius came up with another big save later in the second half after Carpathia found itself alone with the ball and five yards out.

Muskegon’s win avenges its only divisional loss which came from the feet of Carpathia back on May 13 when the Risers lost 2-0 in Auburn Hills.

The Risers entered the contest with a second-place hold in the Premier League of America’s East Division with Carpathia trailing just behind in third place.

The game got heated toward the end with red cards being handed to Muskegon’s Miguel Flores and Carpathia’s Ryan Williams eight minutes later.

Carpathia thought it found an equalizer late in the game but was ruled off sides. 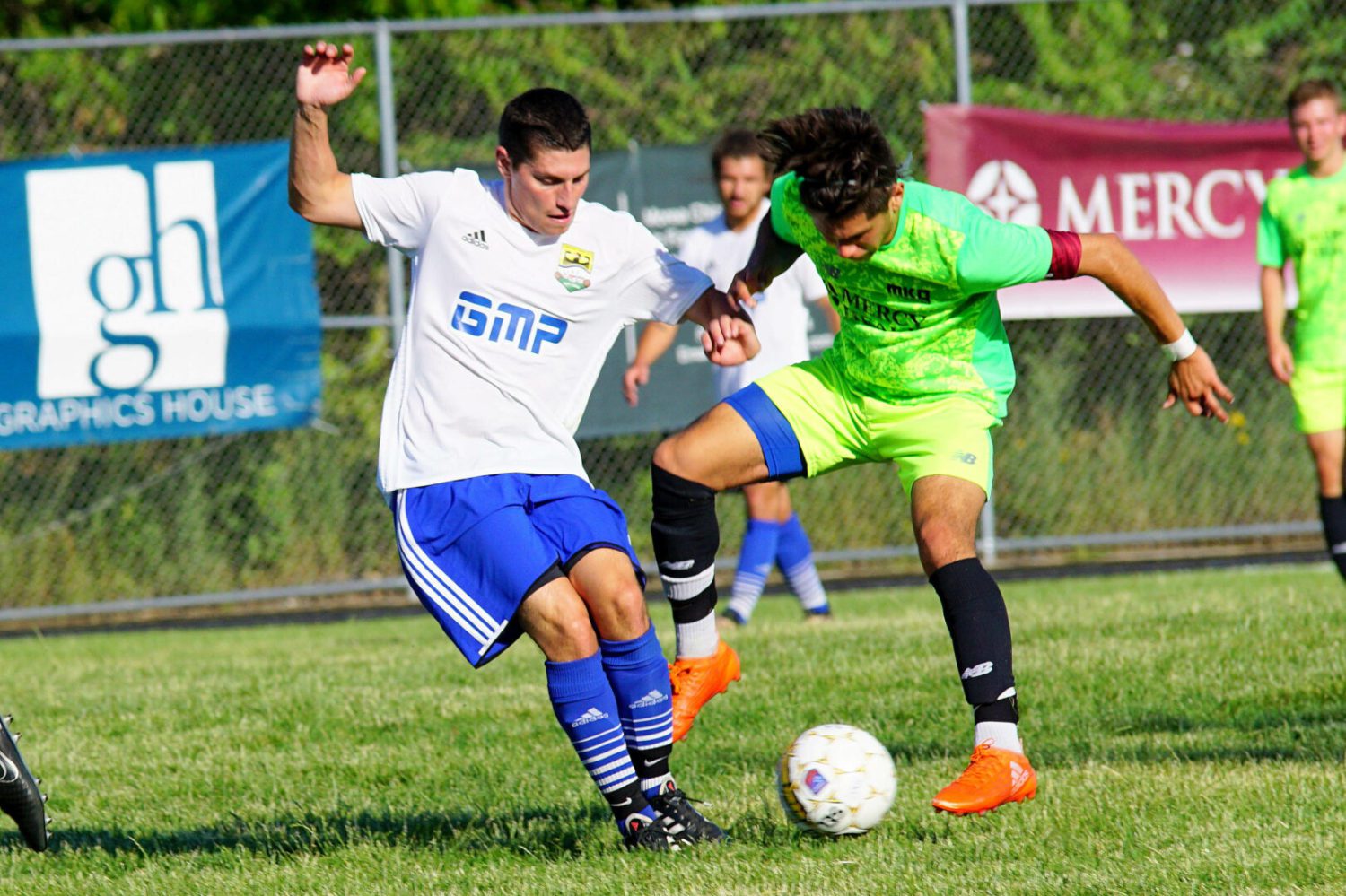 Miguel Flores (right) changes direction for the Risers in a game earlier this season. Photo/Leo Valdez 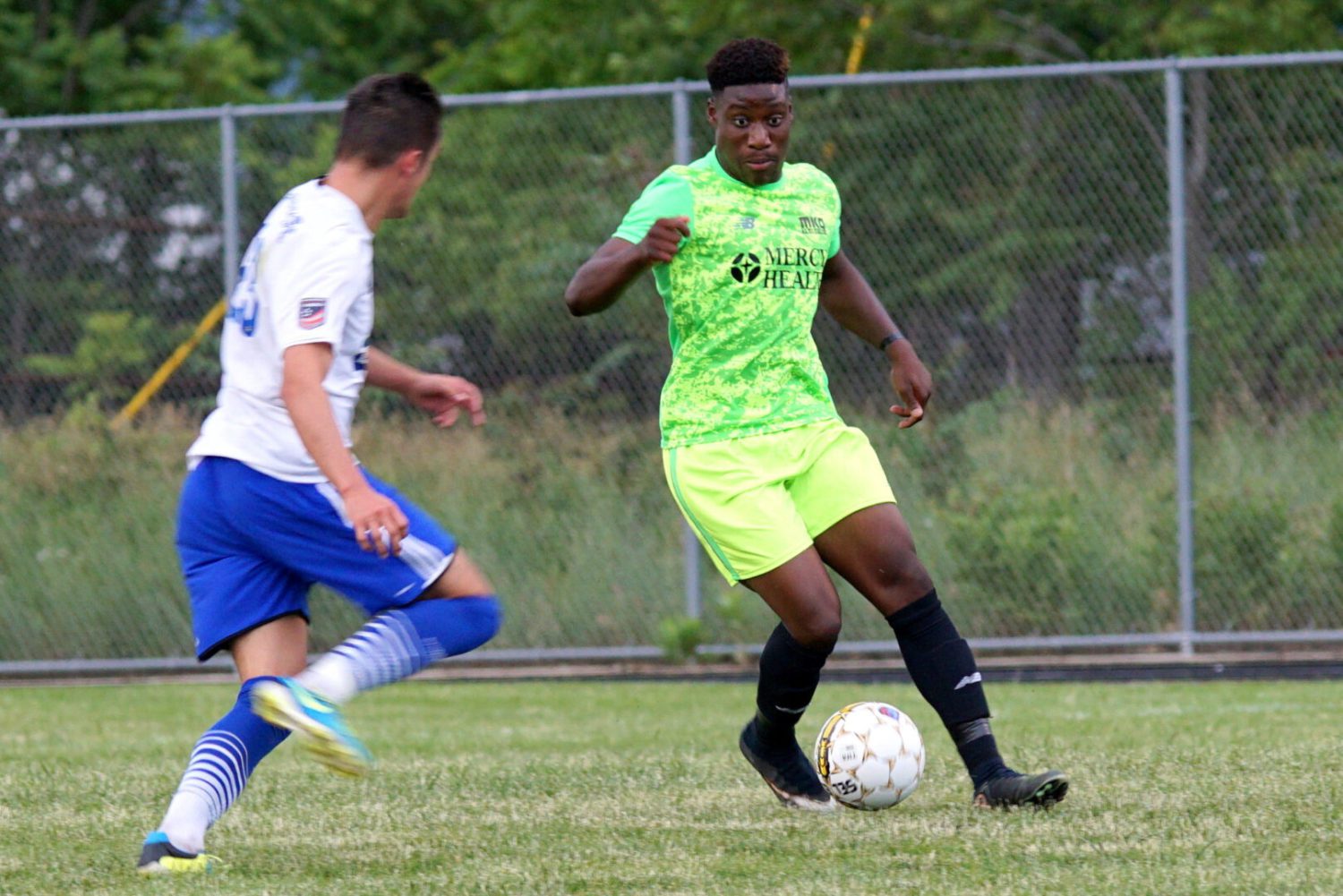 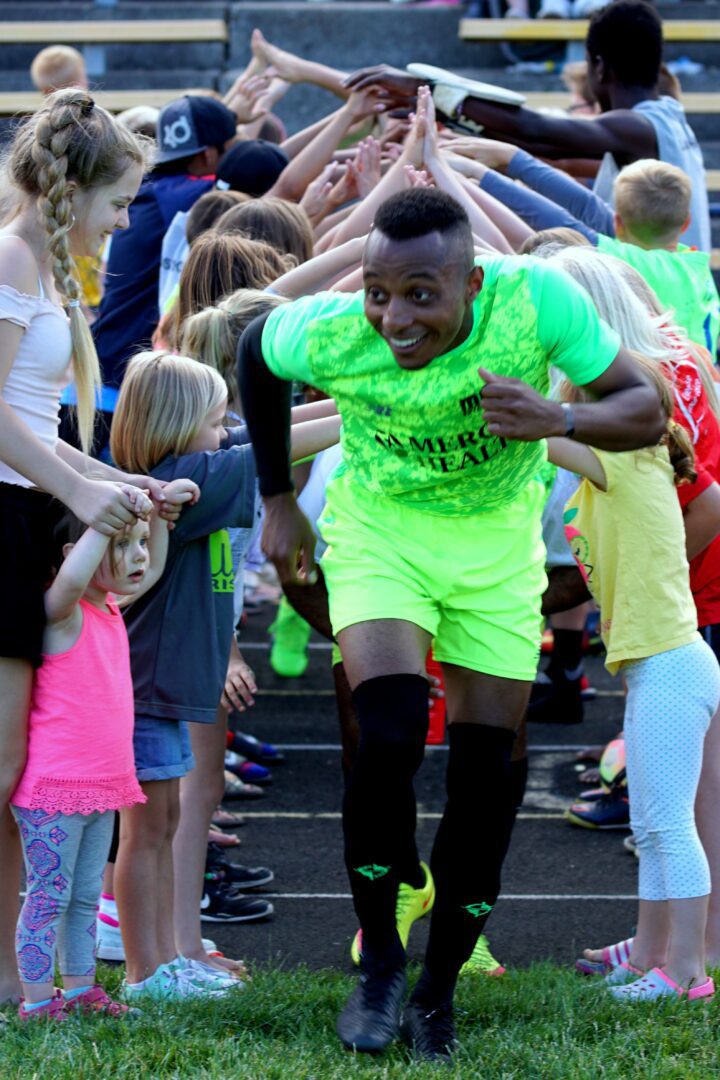 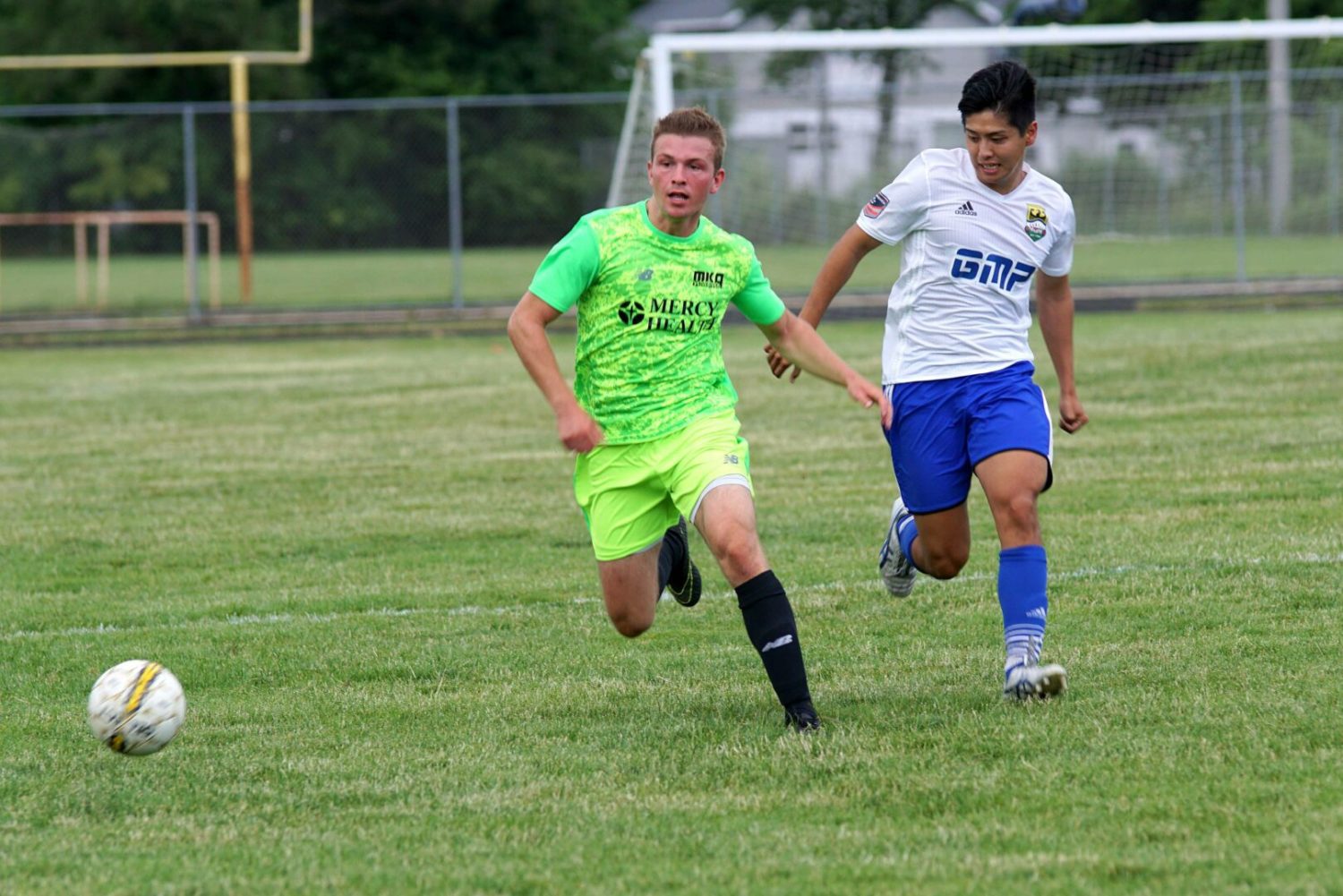 David Waterson chases down the ball for Muskegon. Photo/Leo Valdez 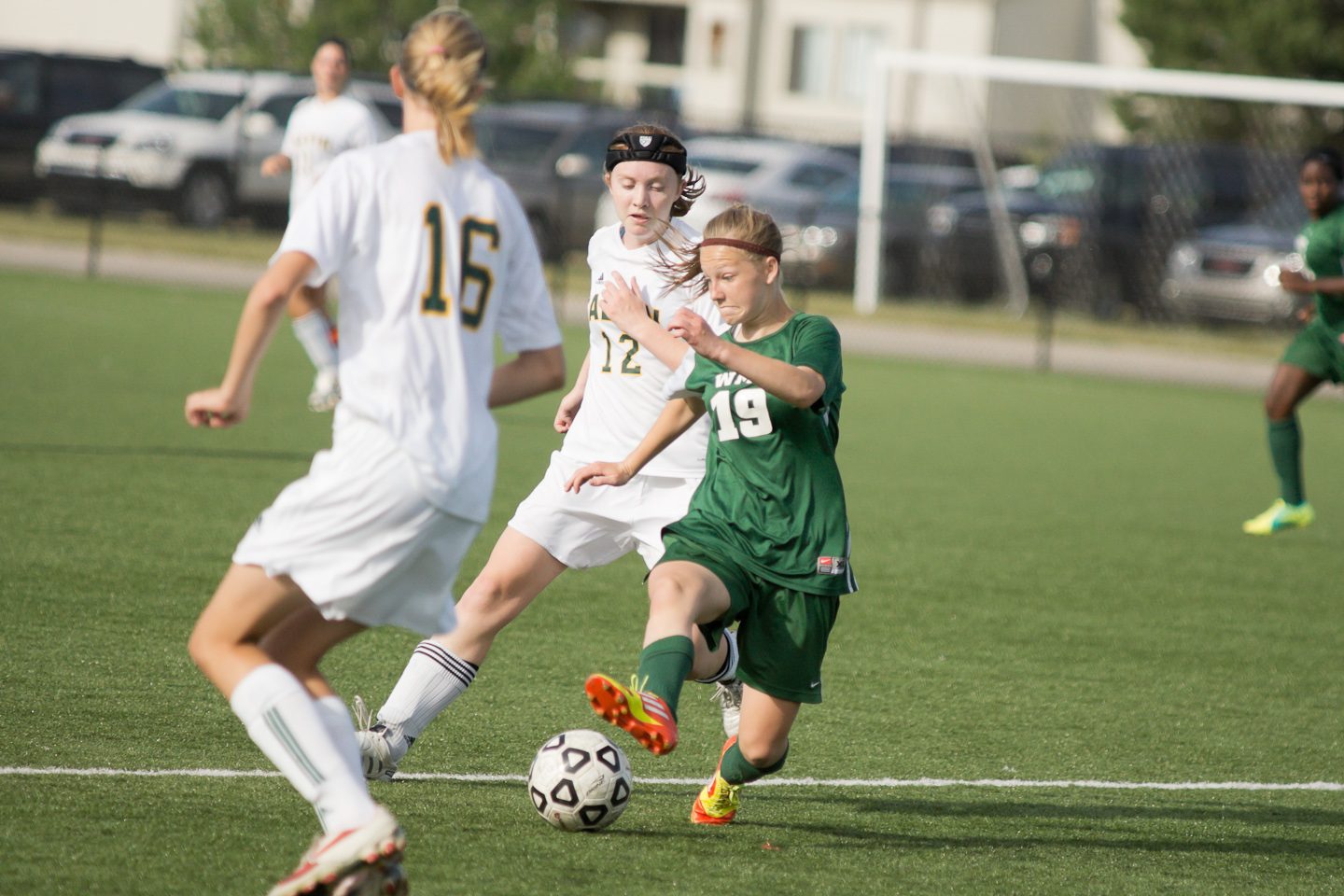