Northern in the Division 2 regional finals at Cedar Springs High School on Thursday.

Then then unthinkable happened. 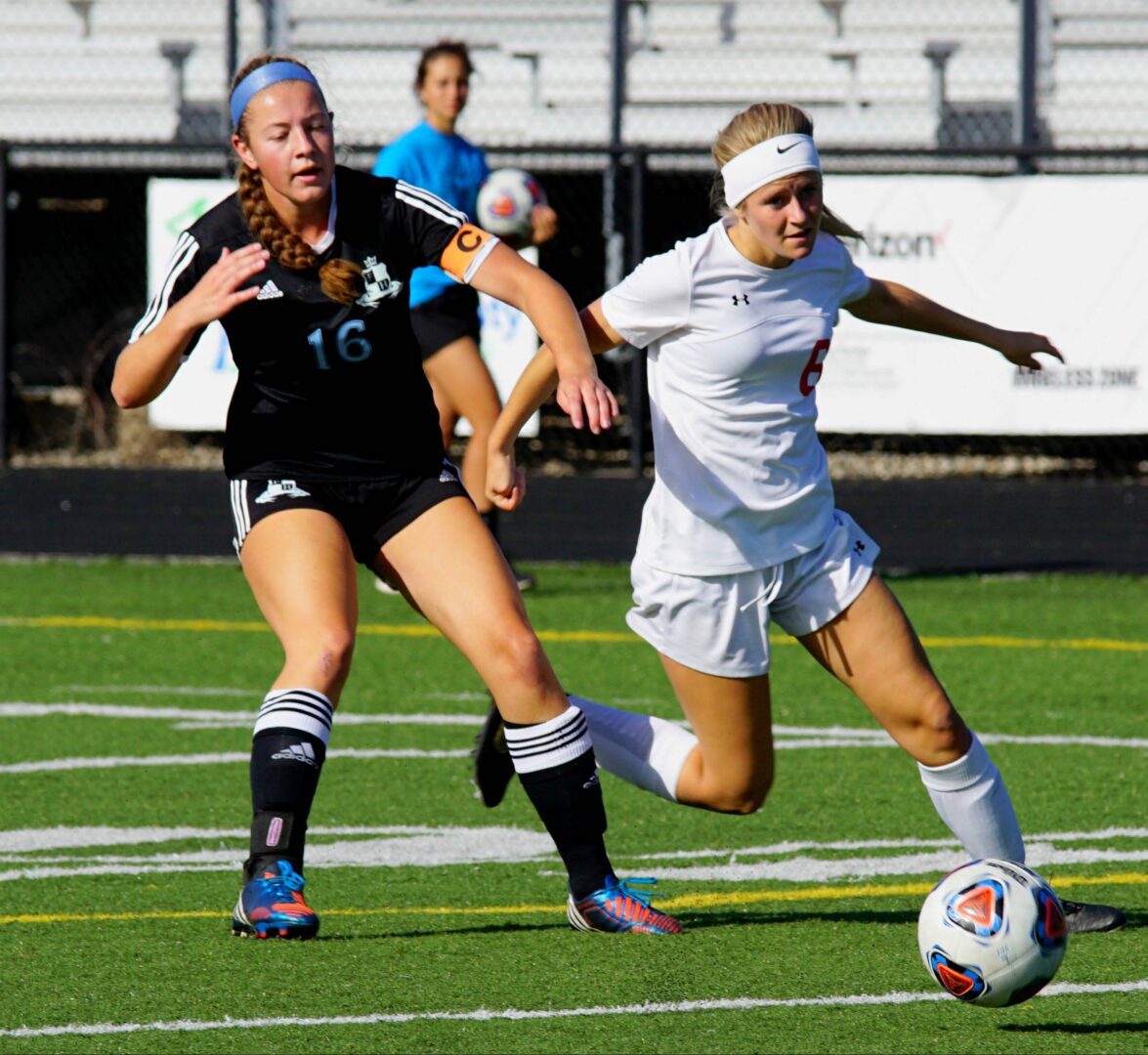 Forest Hills Northern’s Natalie Belsito knocked a shot through a crowd of players that slipped past Spring Lake goalie Gracie VanLangevelde with just 23 seconds remaining, giving the Huskies a 1-0 victory over a stunned group of Lakers.

The shocking finish prevented Spring Lake from earning its first trip to the state semifinals since 2013. Forest Hills Northern will advance to face either Marshall or Holland Christian.

“Everybody but one team ends their season with a loss,” said Spring Lake Coach Becky May, whose team finished the season with a sparkling 20-3-1 record. “It’s tough. But I think we proved that we belong among the top teams in the state.”

Huskies Coach Dan Siminski credited his team for persevering, despite playing more than half of the game one player short on the field. Huskies goalie Amanda Young was given a red card when the referee ruled she deliberately tripped Lakers’ forward Emily Batts on a breakaway attempt late in the first half. 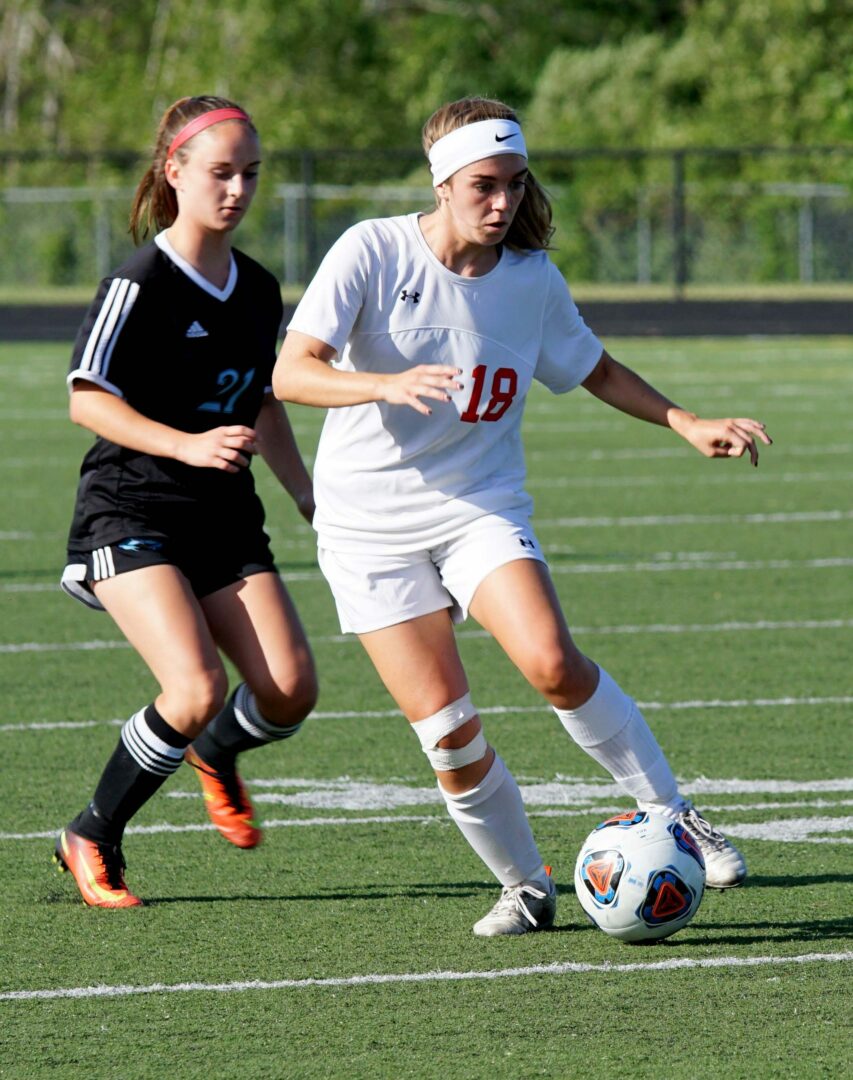 “This group just finds a way,” Siminski said. “They have all season. Even playing (shorthanded) against a talented team like that, I still felt in the last 15 we might make something happen.”

Siminski said the key to the game-winning goal was freshman Alyssa Greskak gaining possession and beating a Laker defender 1-on-1 on the right wing, which drew VanLangevelde a few steps out of the net. When Belsito fired a strong shot on the turf through a shield of players, VanLangevelde couldn’t pick it up.

“(The goalie) had no chance,” Siminski said.

The loss was difficult for the Lakers, who openly questioned a non-call on Batts after she was tripped up for a second time by Huskies’ backup goalie Lauren Kozal with 10:15 left in the second half. Batts was sent flying to the ground after the collision and left the game for several minutes.

“I don’t know the reason why one was called and not the other,” May said. “But we had them on the ropes. I don’t know if that’s good or bad. It’s good that we played with them.

“We competed with them. I wasn’t surprised by that,” she added. “The last 20 seconds were surprising.” 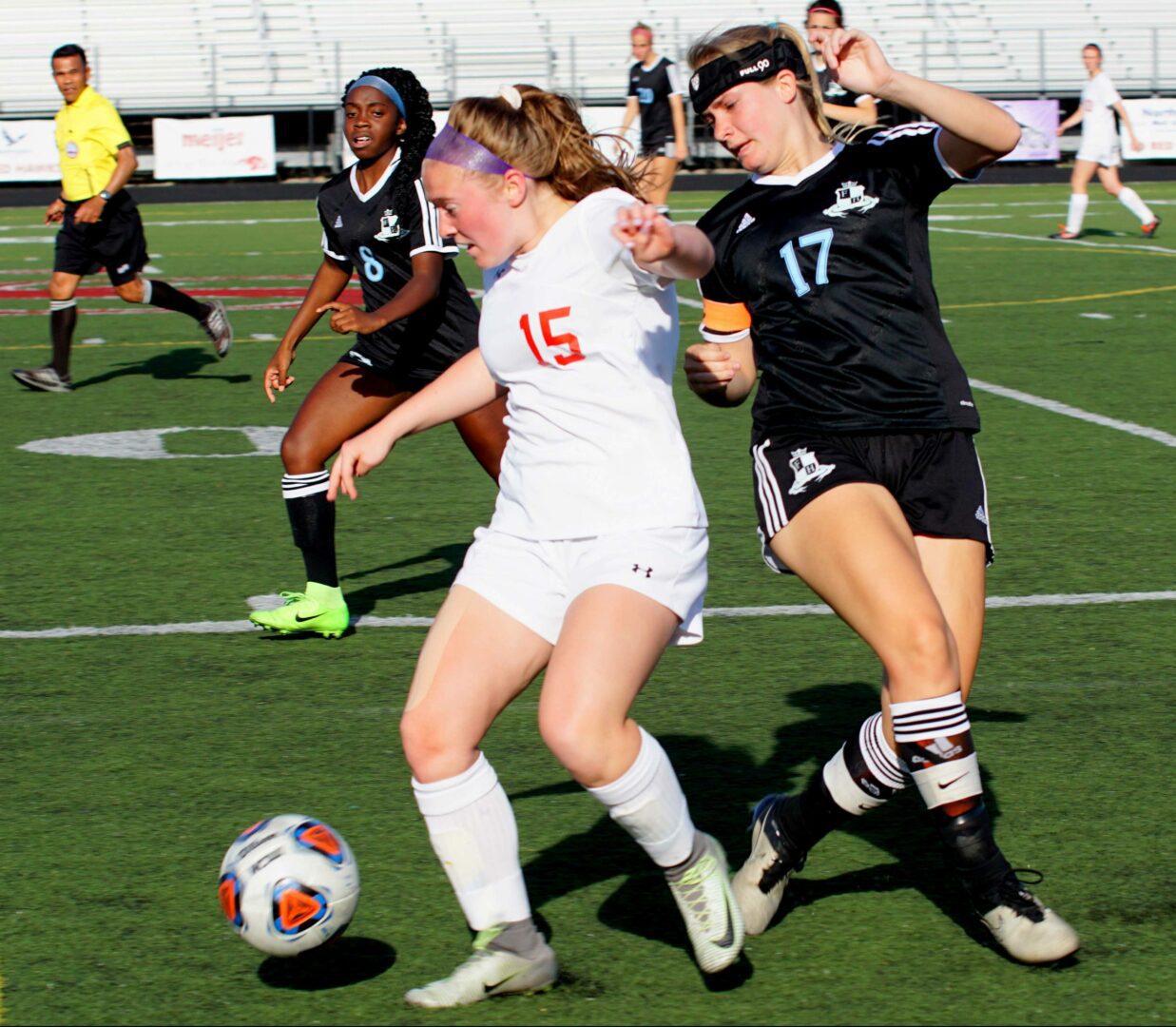 No. 15 Tia Leary on the offensive drive for Spring Lake. Photo/Leo Valdez

Despite having a player advantage, Spring Lake had to work harder to execute its style of play, because the Huskies did a solid job matching the Lakers’ speed and physicality in the midfield and stifling their offense.

The Lakers’ only legitimate scoring chance came on the red card play, when Batts would have had a clean shot on goal if she hadn’t been tripped. But the Lakers’ ensuing free kick was sent high over the crossbar and missed the mark.

The Huskies replaced Young in goal with Kozal, who moved from her striker position.

“She’s committed to Michigan State as a goalkeeper, but I play her at striker and she leads our team in goals,” Siminski said. “We were in good hands back there, although we lost a little offense.”

Spring Lake started to get into an offensive flow midway through the second half, and nearly scored on a header, and later on a breakaway by freshman Phoebe Saunders. Kozal knocked the ball free from Saunders in the box, then just got a hand on it before it could roll behind her toward the goal.

Muskegon Catholic overcomes turnovers, rallies down the stretch to secure a 22-12 victory in Division 8 regionals