culmination of 10 years of playing with the same core group of teammates.

That decade of familiarity has been pivotal in the Lakers’ dominance this season, and their ability to shut down high-scoring squads like Fruitport. 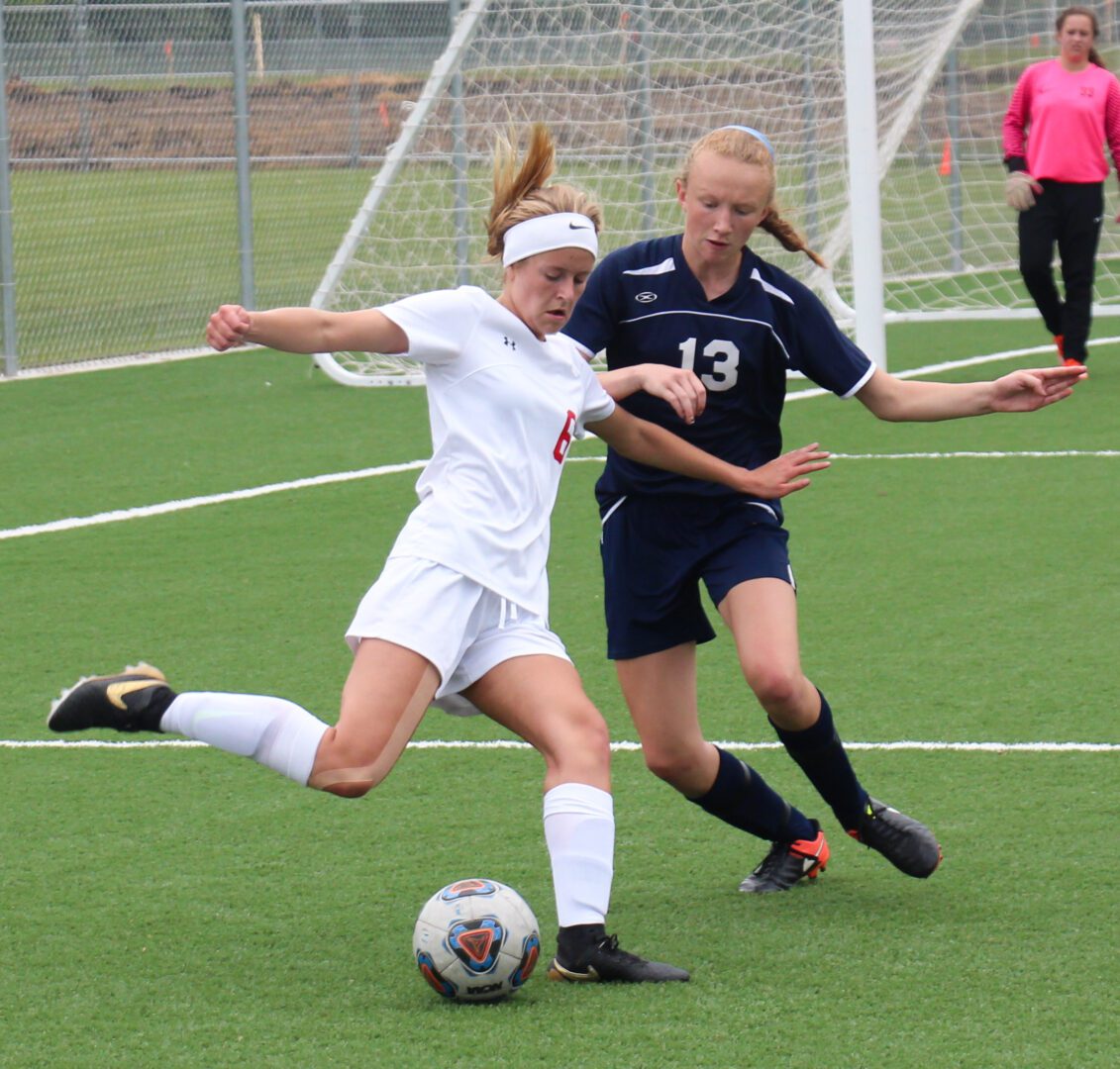 “(In the midfield) it’s all about possession and communication,” George said after the Lakers’ impressive 3-0 victory over Fruitport in the district title game at Spring Lake High School. “I’ve been playing with these girls for the last 10 years of my life. The chemistry is out of this world.

“It’s a little bittersweet,” she added. “It’s kind of sad knowing this is our last game here, but playing Fruitport as a rival, and getting the chance to play with all my friends … it was a good last win on our home field.”

The district championship was the third in a row for Spring Lake (19-2-1), which will now advance to Tuesday’s regional semifinals at Cedar Springs High School, against Mount Pleasant or Cadillac.

But the title was the first for first-year head coach Becky May, who said the Lakers’ ability to possess the ball and keep the Trojans’ dangerous attack in check was critical to victory. The Trojans mustered just four shots on goal and were never really in contention after falling behind 2-0 at the half.

“Everybody really did their job today,” May said, who took over the program from former coach Jeremy Thelen this spring. “Our defense did their job and communicated well, although (Fruitport) hit a couple off the post, so they got behind us a couple times. 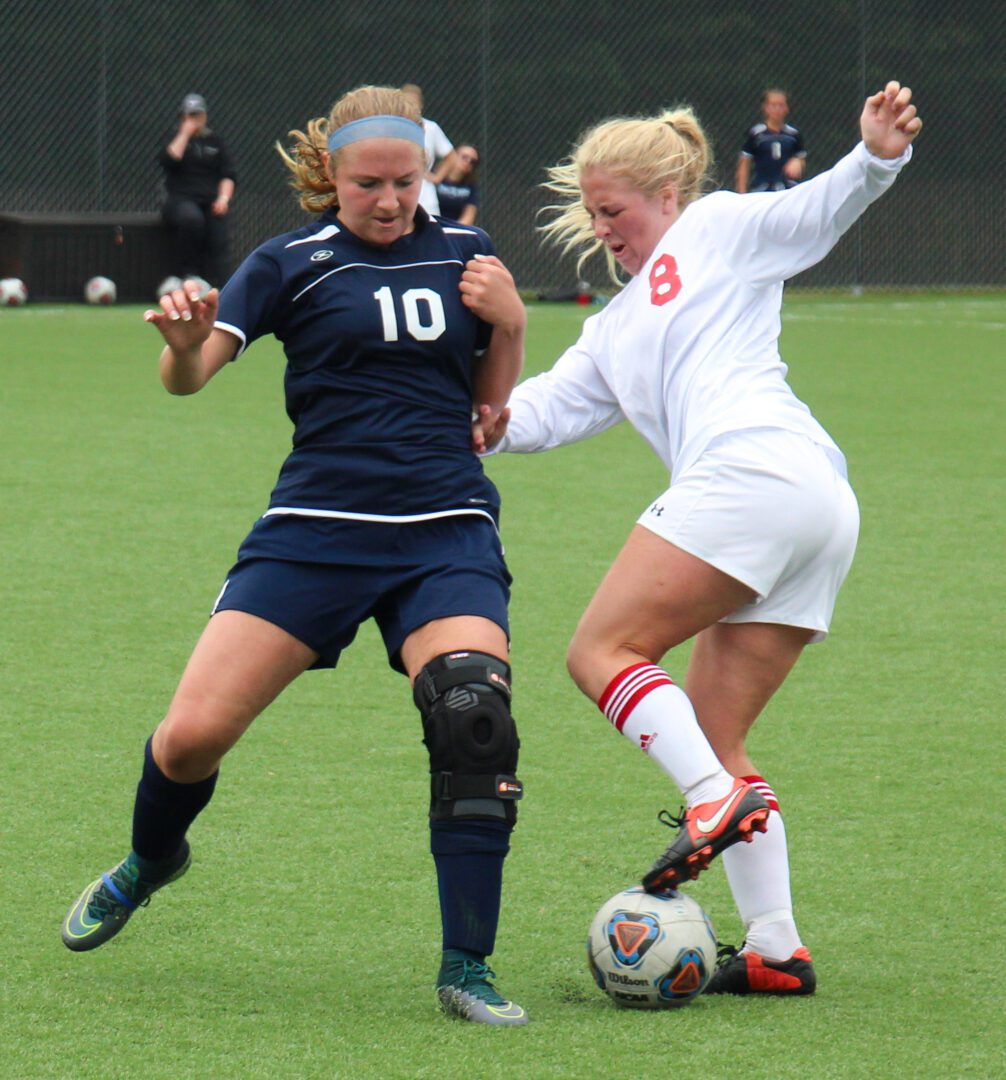 “Our midfield did their job possessing and finding the girls up top, and the forwards did their job. So it was a good game for us mechanically. All the pieces were in play and we needed that.”

The Lakers grabbed the lead early when junior Emily Batts found the back of the net just three minutes and three seconds into the game. She controlled a sweeping pass from Jaedyn Shelton and sent a looping shot over the head of Trojans’ goalie Madalyn Fett to give her team a 1-0 lead.

Fruitport’s first legitimate scoring chance came at 21:30 in the second half when Jensyn Stanberry got behind the Laker defense and blasted a shot that struck the crossbar over goalie Kamryn Lewkowski. The ball bounced back into play, but Fruitport wasn’t in position to pounce on it, and Spring Lake cleared.

Batts’ scored her second goal of the contest with 19:48 remaining, displaying impressive lower-body strength by firing in the shot while being taken down to the turf by a Fruitport player. Batts’ goal was assisted by junior Tia Leary.

The shutout was secured by Lewkowski, who has been rotating in goal with fellow sophomore Gracie VanLangevelde all season.

“There’s no strategy to it,” May explained about the goalie rotation. “As far as I’m concerned, I’ve got the two best goalies (in the O-K Blue Conference) and I have them on the same team. So the problem of rotating them in and out is not really a problem.” 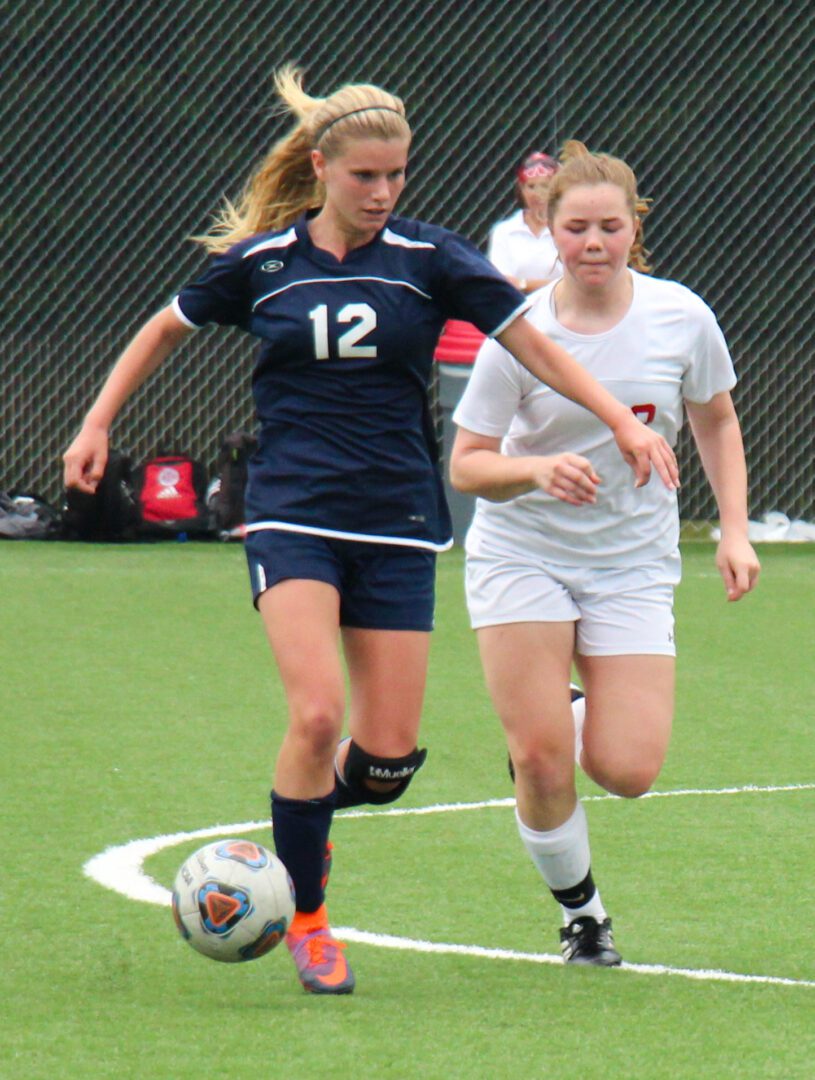 May said the Lakers’ only losses this season have come against undefeated Mona Shores and perennial Division 3 powerhouse Hudsonville Unity Christian. So she’s confident that her squad is prepared for regionals.

“They’re used to big games and I think they’re ready for regionals,” she said. “Coming in, I knew quite a few of these girls, but I didn’t know what a team we had. I tried to implement my new system on them and they’ve adjusted to that.

“We also have a group of really strong younger players and they’ve had to mesh with the seniors. So we’ve had our fair share of challenges. But we’ve gotten better as the season has gone along, and that’s what you need going into the playoffs.”