The Sailors have played 20 games, and walked away with a victory every time. 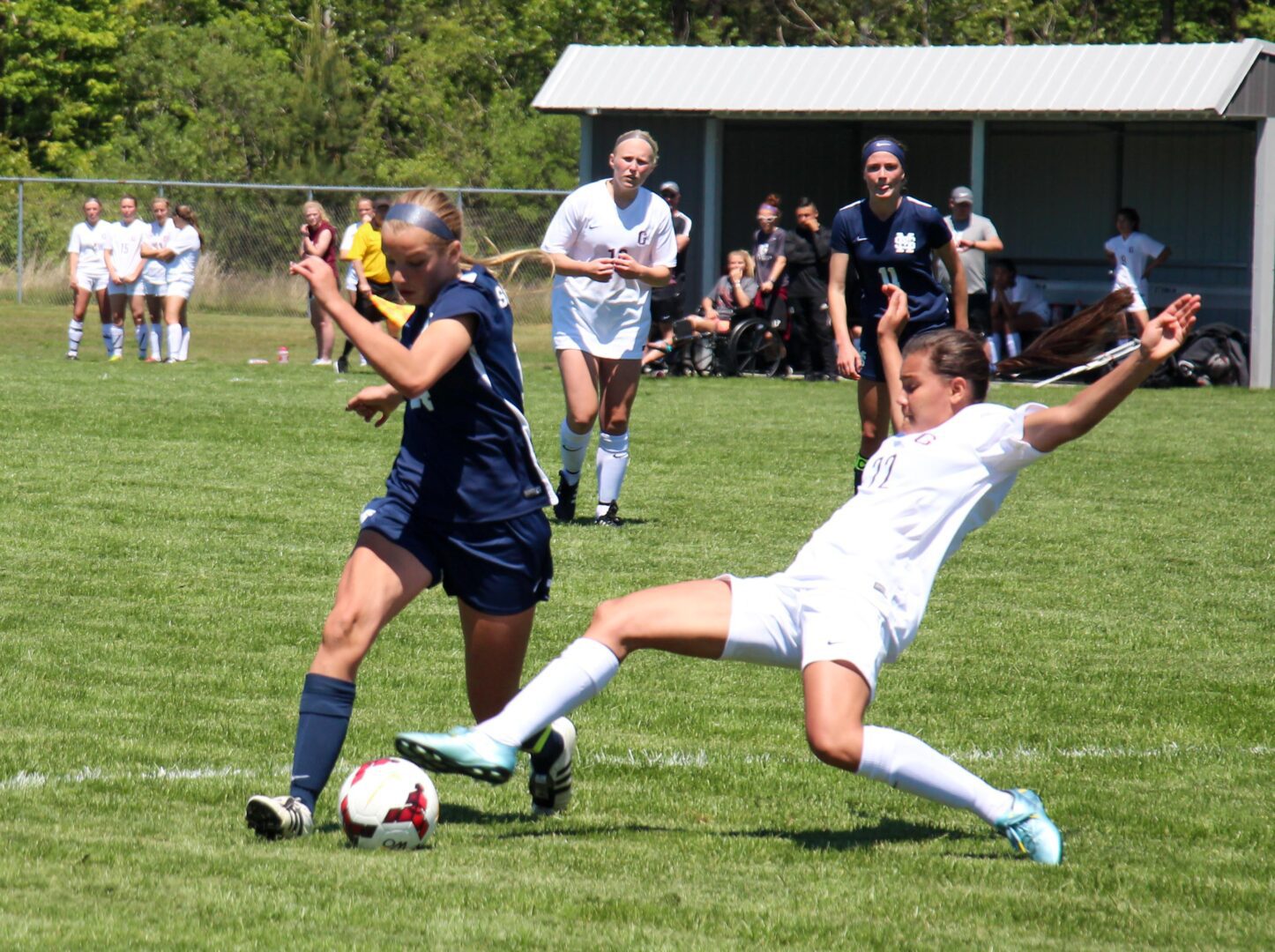 Raegan Cox gets past a Grandville defender just before she put Mona Shores up 3-0. Photo/Jason Goorman

The undefeated Sailors now advance to Saturday’s district championship game against Grand Haven at 1 p.m. on the same field.

“I would never have dreamed his,” Darga said after the victory. “If you would have asked me at the beginning of the season if this was how it was going to go, I would have bet the other way.”

Despite the perfect season record, Darga knows it won’t mean much in the district title game. The Sailors beat the Bucs 3-2 early in the season and expect another nail-bitter in the rematch.

“If you lose you go home,” he said. “Throw out records, throw out everything, throw out your past accomplishments, and be ready for a battle. 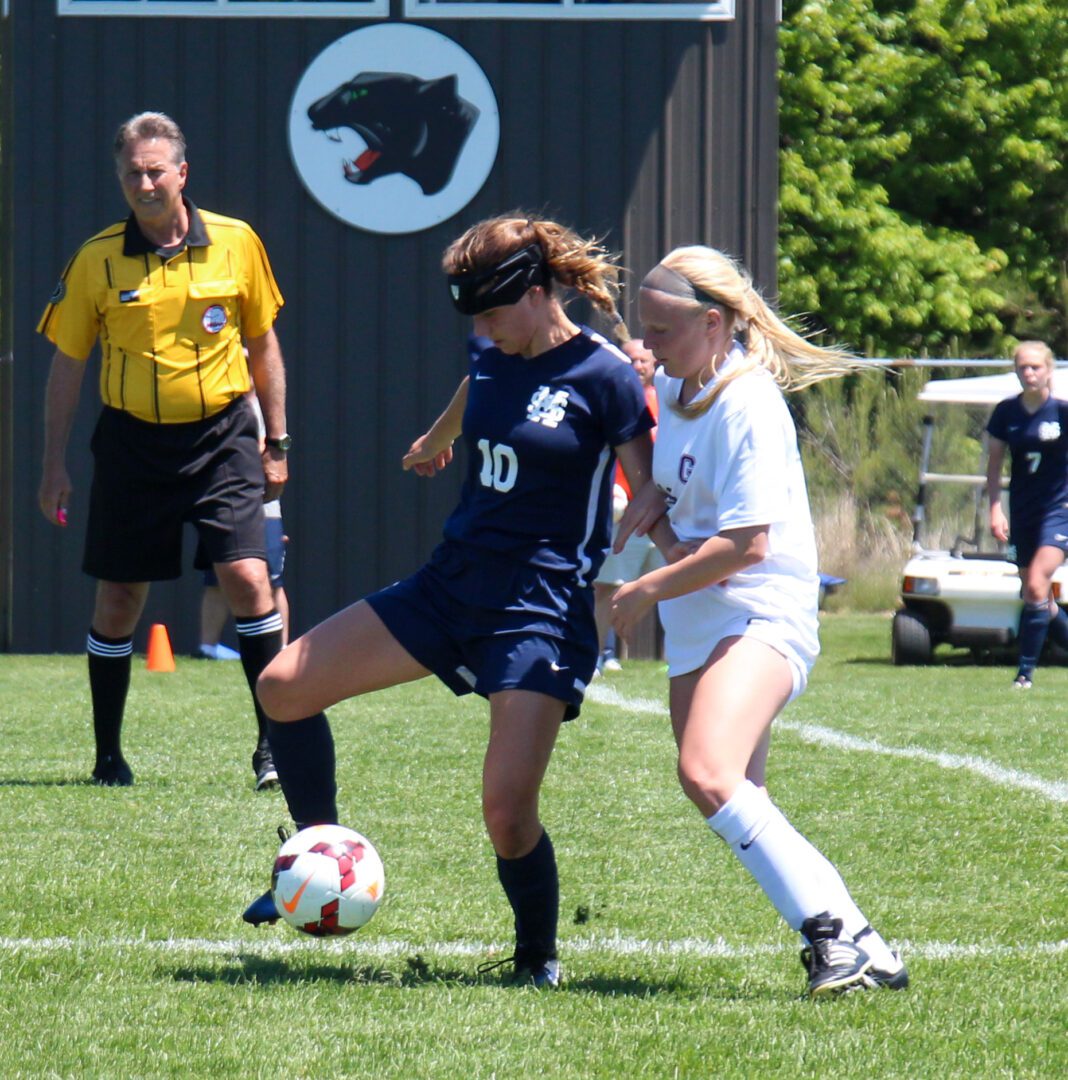 “The only time we’ve been down is when we played Grand Haven, we were down twice and we were able to come back. That was a very physical game. We’re going to expect the same kind of fight from them.”

Mona Shores got the scoring started early against Grandville with a goal from Raegan Cox, who was assisted by Alexa Musk.

Darga said scoring first was a big key for his team.

“It’s huge in games like this,” he said. “It really shifts the momentum.”

The Sailors added an insurance goal with 17:26 remaining in the first half when Sarah Mikesell found the back of the net off a pass from Peyton Erndteman.

Mona Shores led 2-0 at the half and had a chance to extend that lead early in the second.

Cox drew a penalty kick just over two minutes into the half, but Grandville keeper Erika Gabriel corralled the shot for an impressive save.

The Bulldogs had a scoring chance with a penalty kick of their own 10 minutes later, but the shot sailed wide of the goal.

“You’re always nervous for that situation,” Darga said. “We could’ve gone up by three, then we turn around about five, ten minutes later and they get a penalty kick.

“I’m thinking ‘Oh man, we’ve got a ball game.’ Luckily it went wide and we dug deep for the rest of the half.”

With three minutes to go, Cox converted on her second goal of the day and iced a 3-0 victory for her squad.

Sailor goalie Megan Swanker picked up her 15th shutout of the season with four saves. Mona Shores had seven shots on goal. 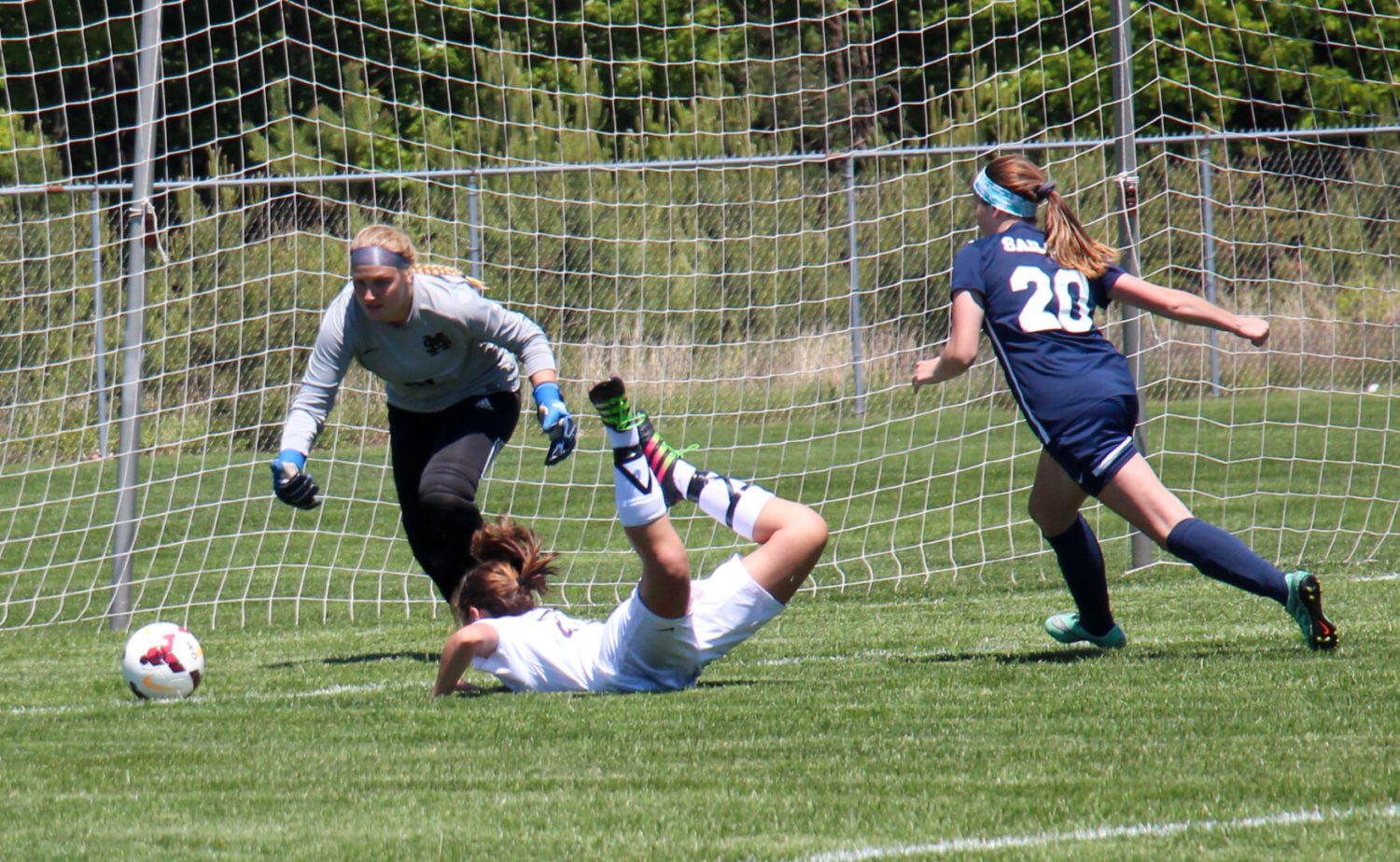 Mona Shores goalie Megan Swanker looks to make the save right after a tough penalty is called in the box. Photo/Jason Goorman 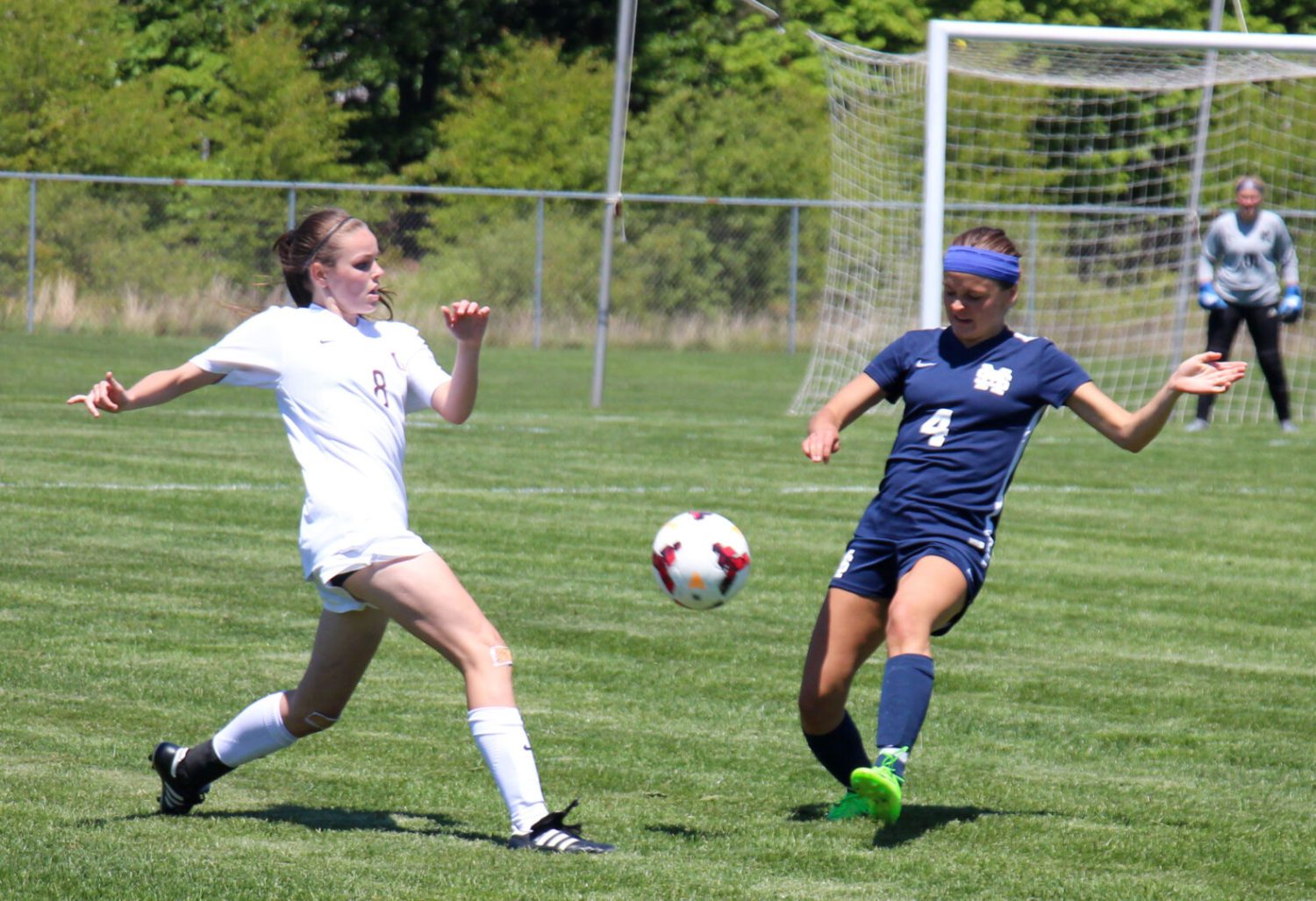 Madeline Eckerman tries to get in front of Grandville’s No. 8 Hannah Daane. Photo/Jason Goorman