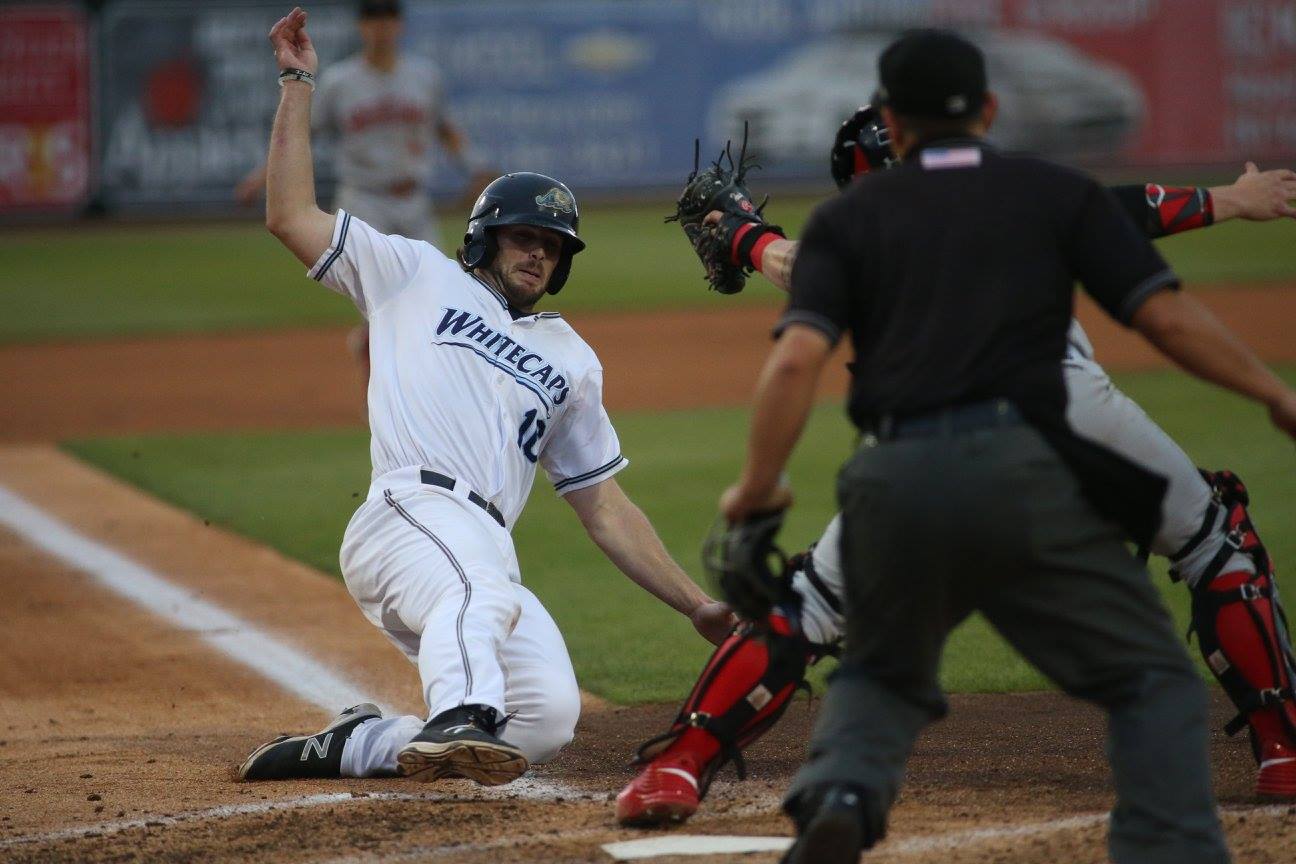 COMSTOCK PARK – We’re all familiar with the elite professional sports teams that make it to the playoffs, year after year.

The New England Patriots come to mind, along with the Detroit Red Wings, whose 25-year playoff run finally ended this spring.

In baseball, perhaps the best recent example is the St. Louis Cardinals, who have qualified for postseason play 12 times since 2000.

Teams with that kind of success are usually big-league clubs with huge budgets and the luxury of bringing back great players every year.

But how do you explain the success of a team like the West Michigan Whitecaps, the Detroit Tigers’ Class A minor league affiliate based in Comstock Park?

The Whitecaps recently clinched the first-half championship in the Midwest League’s Eastern Division, earning a playoff spot for the fourth straight season, and the 18th time in their 24-year history.

They’ve won six league championships, the most recent in 2015. 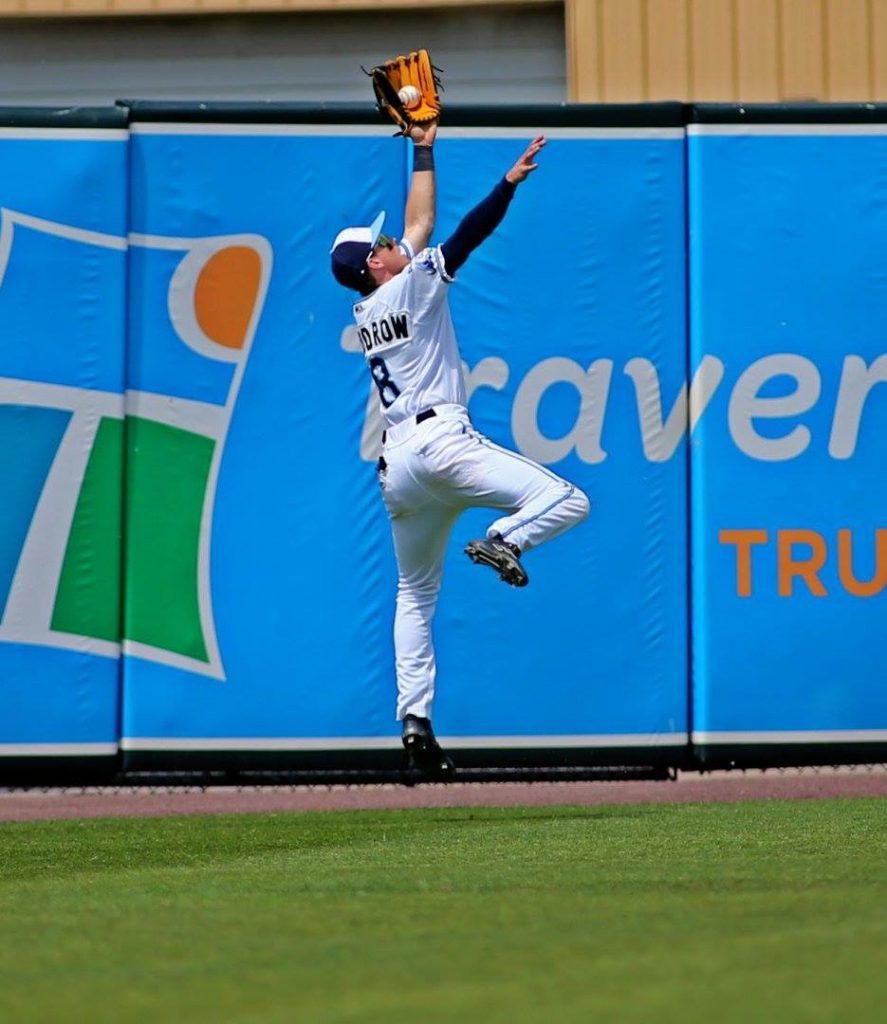 That record is pretty amazing, considering the Whitecaps start each season with almost an entirely new set of young players, assigned to them by the Tigers.

Different faces every year, but almost always great results. How does that happen?

Jim Jarecki, vice president of the Whitecaps, said the success starts with the Whitecaps’ close relationship with the Tigers. He said the big-league club takes pride in making sure the Whitecaps get quality talent every season, so they can put a good product on the field.

“Over the years the Tigers have drafted very well,” he said. “Look at the guys we’ve had here over the years, like (current Tigers) Nick Castellanos and Alex Avila. We’ve had more than 100 players move on to the Major Leagues.

“We’ve been associated with the Tigers since 1997, and have a great relationship with them. The Tigers understand how important West Michigan is to them from a marketing standpoint. They know how important it is to have a solid presence here.”

Jarecki also said the Whitecaps take great pride in providing a positive, professional environment for the young players, and they tend to respond.

“We provide the facility, the atmosphere, and meet their needs from clubhouse to playing field,” he said. “We give them the environment and opportunity to develop their skills. When they come into a good environment, it helps them play well.”

This year’s group of Whitecaps, under the direction of first-year Manager Mike Rabelo, did not start out looking like a playoff team, despite winning the first three games of the season.

They had great pitching from the start. The most impressive performance came from starting pitcher Gregory Soto, who opened the season by tossing an amazing 28 innings without allowing an earned run.

But the hitting lagged behind, and the Whitecaps found themselves with a mediocre 6-8 record after 14 games. 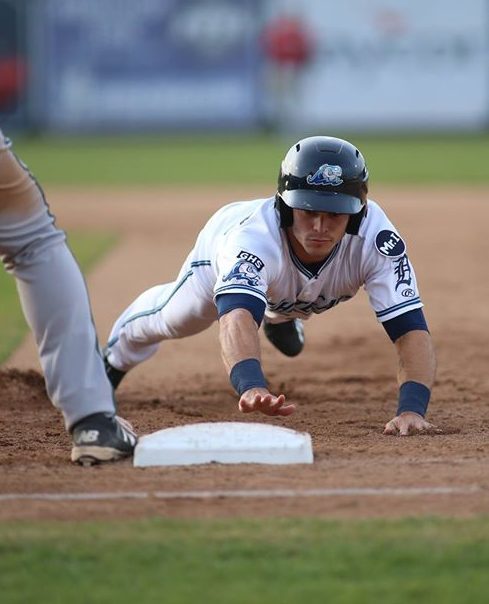 Whitecaps outfielder Jacob Robson gets back to first base on the pickoff play. Photo/Tom Reynolds

Some fans obviously wondered if the team’s proud playoff tradition would hit a bump in 2017.

But then the runs started to come in big bunches, and so did the victories. The Whitecaps ripped off 18 wins in 22 games and started pushing for first place in the Midwest League’s Eastern Division.

They finally passed the Dayton Dragons, the early division leaders, on May 4, and never gave up first place.

The Whitecaps clinched the first-half Eastern Division title on June 15, when they were rained out, but Dayton lost a game. They celebrated the next day with a hitting fest, setting a new league record with 11 doubles in an 15-8 rout of the Lansing Lugnuts.

The Whitecaps finished the first half with a sparkling 45-22 record, 5 ½ games ahead of Dayton and 7 ahead of third-place South Bend. Through June 19, they had the highest winning percentage of any team this season in professional baseball.

The Midwest League splits its season in two halves, and the first-half championship clinched a postseason playoff spot for the Whitecaps, regardless of how they play in the second half.

They will open the second half of the season Thursday night at home against LansING.

The Whitecaps finished first in the league in pitching in the first half with an impressive 2.63 team earned run average.

“Our pitching staff, one through five, has been incredible,” Jarecki said. “The pitching really held everything together.”

The offense also finished near the top of the league, after the slow start. The Whitecaps’.268 team batting average was tied for second in the league with Bowling Green.

Blaise Salter, a first baseman from Michigan State University, was second in the league batting race with a .330 average and led the league with 29 doubles and 53 RBIs.

Jacob Robson was third in the league with a .329 average while Danny Woodrow was 10th with a .303 average.

Outfielder Cam Gibson was eighth in the league with 10 home runs.

“Coming into the season, hitting was something we saw as a possible struggle, and we were last in the league in hitting after the second or third week,” Jarecki said. “Then when the weather started warming up, the hitting started to come around, and it was contagious.”