COMSTOCK PARK – The West Michigan Whitecaps are going to have to play better defense, and walk fewer opponents,

if they plan to apply a knockout punch to the Dayton Dragons.

The Whitecaps opened a four-game home series against the Dragons on Friday night, hoping to inch closer to the first-half championship in the Midwest League’s Eastern Division. They were in first place in the division, three games ahead of Dayton and South Bend.

But that lead dwindled to two games after the Whitecaps committed five errors, walked six batters and lost 4-3 in front of 6,664 fans at Fifth Third Ballpark. 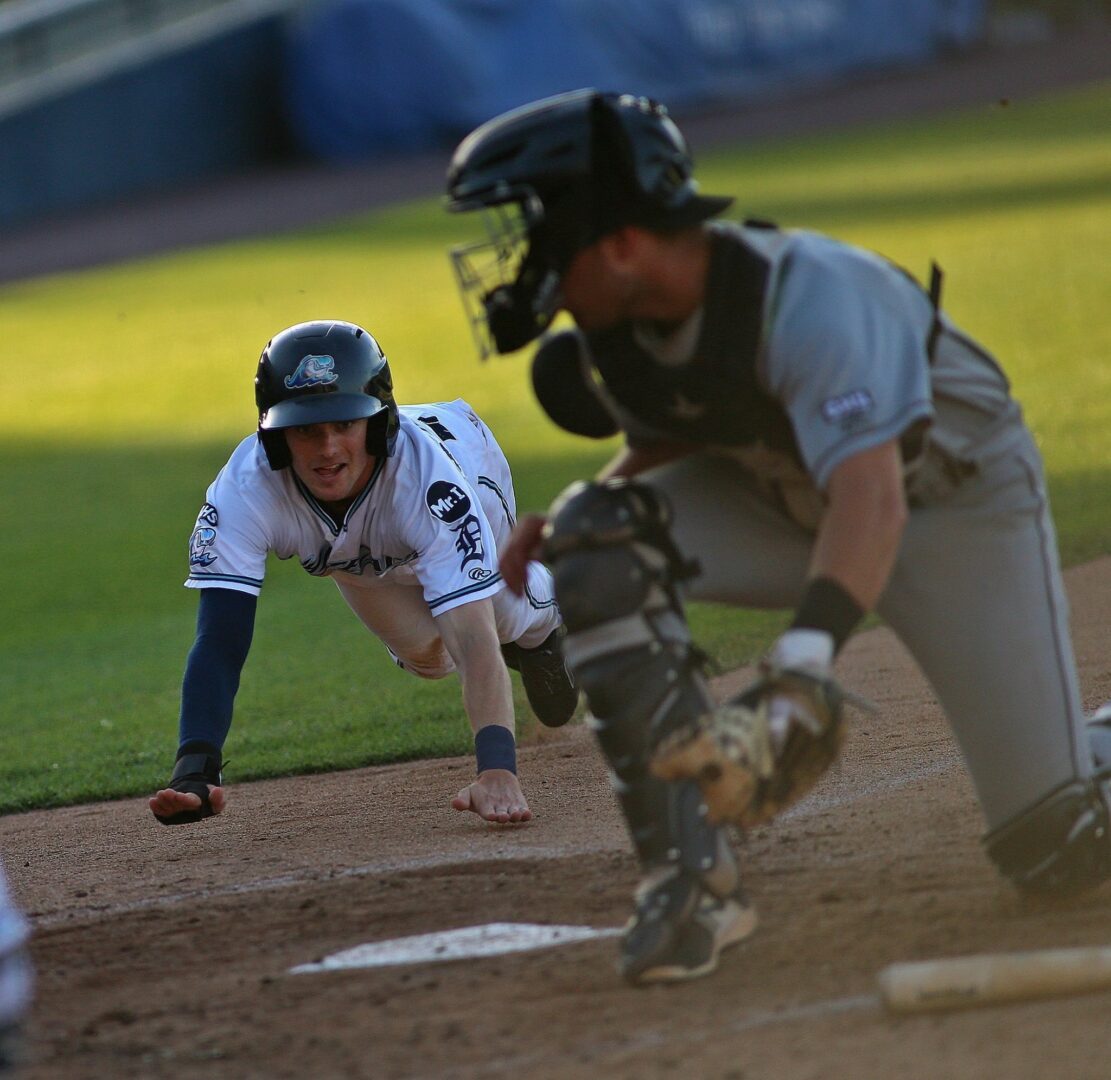 “That’s two nights in a row,” said Whitecaps Manager Mike Rabelo. “I told them I can’t believe we didn’t lose by 10. Five errors and you give a team five extra outs.

“You know we’re just scuffling now and that’s going to happen. Nothing we can do. Guys play hard and we move on.”

The Whitecaps, who have now lost two straight games, are 39-21 with nine games left in ihe first-half schedule.

The Dragons took a 1-0 lead in the top of the second when they loaded the bases, then scored on an error by West Michigan third baseman Josh Lester.

The Whitecaps tied the game in the bottom of the third when Danny Woodrow reached on an infield single, then scored on an RBI double by Cam Gibson.

West Michigan pulled ahead 3-1 in the fourth when Cole Bauml singled, then Anthony Pereira launched a two-run homer to left field.

The inning might have been bigger for the Caps, who had runners on first and second with two outs when Austin Athmann was picked off second base for the third out.

Dayton got a run back in the fifth, then took the lead for good with two in the sixth.

The Whitecaps should have gotten out of the sixth with no damage. Dayton had the bases loaded with two outs when Tyler Stephenson hit a grounder to Pereira at second that should have been the third out, but the throw got past first baseman Blaise Salter and two Dragons scored.

West Michigan went down quietly, with no serious threat to tie the game, in the sixth through ninth innings.

Walks were also a problem for the Whitecaps, who outhit Dayton 9-6 but allowed too many bases runners with free passes.

Starting pitcher Greg Soto, who came into the contest with a sparkling 5-1 record and 1.86 ERA, issued six walks. Reliever Locke St. John, who took the loss, walked one.

Athmann and Woodrow had two hits apiece for the Whitecaps.

Dayton’s starting pitcher Tony Santillan got the victory, scattering eight hits with seven strikeouts and one walk in 6 1/3 innings.

“Their starter had really good stuff and that’s the third time we’ve faced him,” Rabelo said. “We squared up some balls, but you play a good team and give away five extra outs and you’re going to be in trouble.” 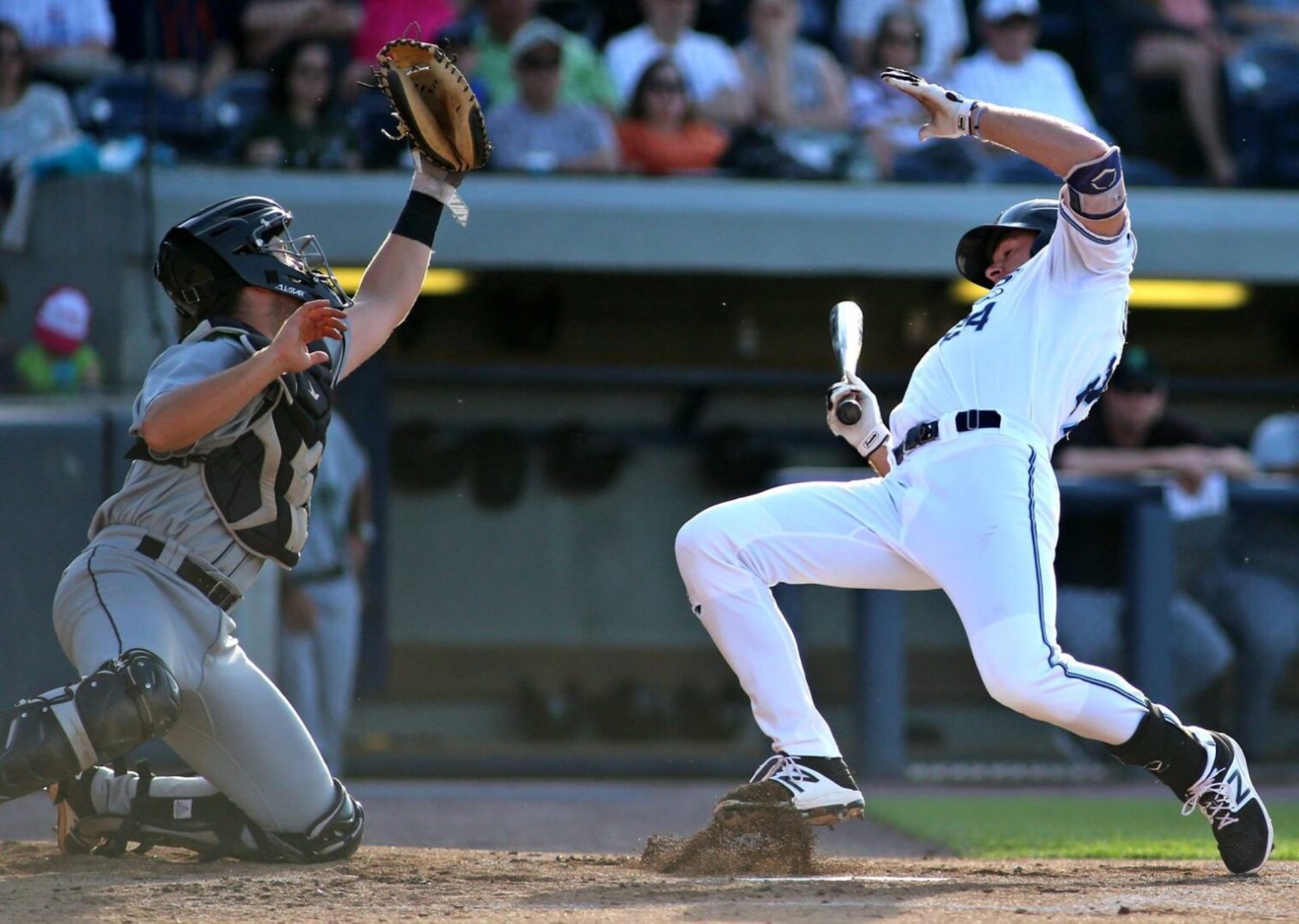 The Whitecaps’ Blaise Salter ducks back away from the tight pitch. 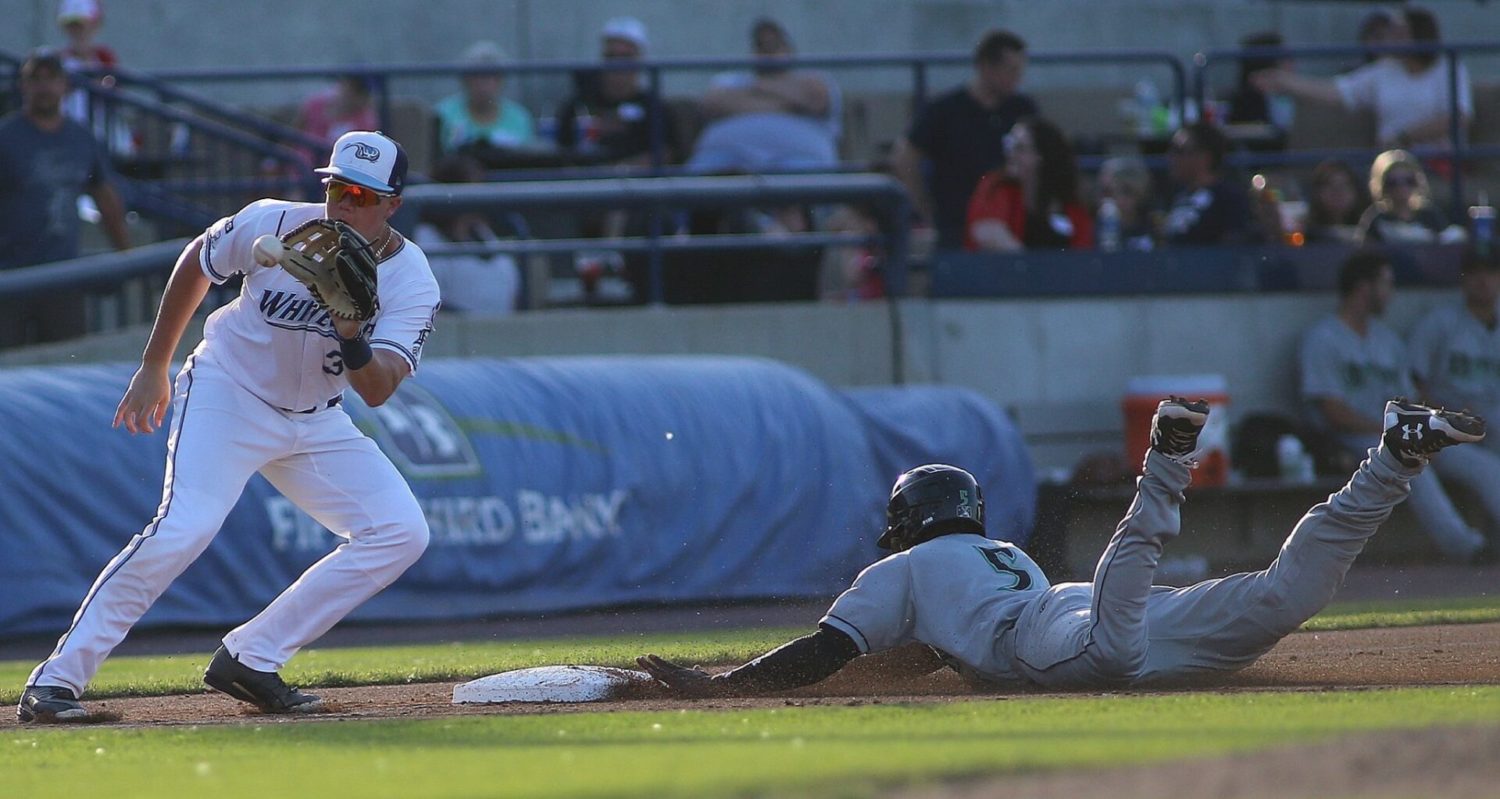 Josh Lester tries to make the tag at third base for West Michigan. Photo/Tom Reynolds 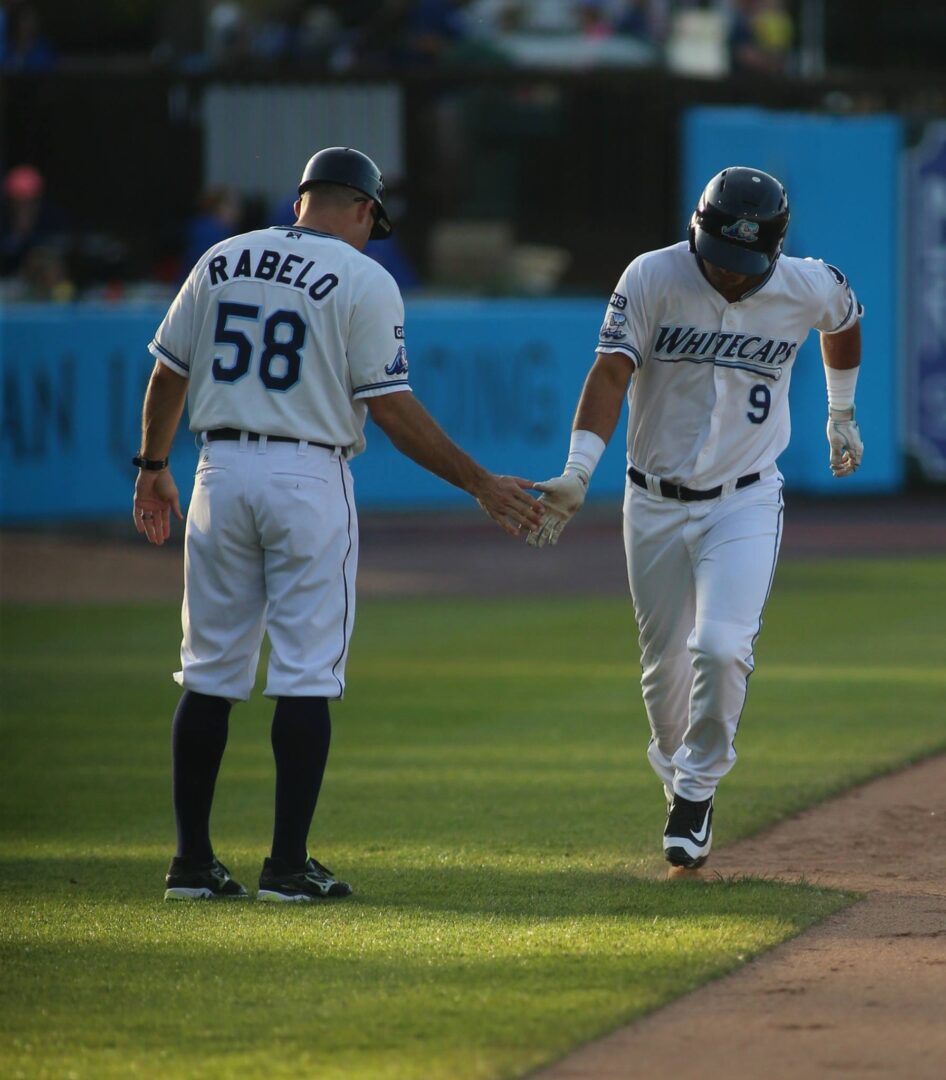 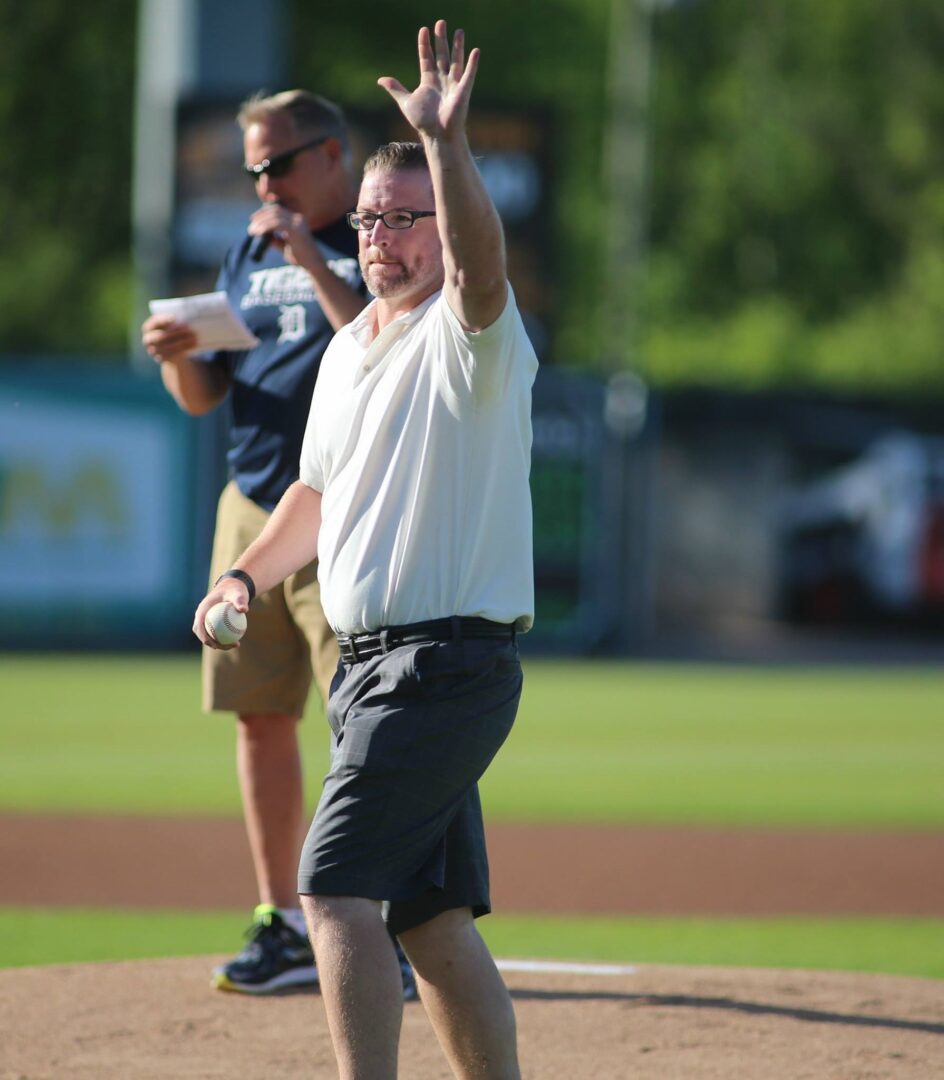 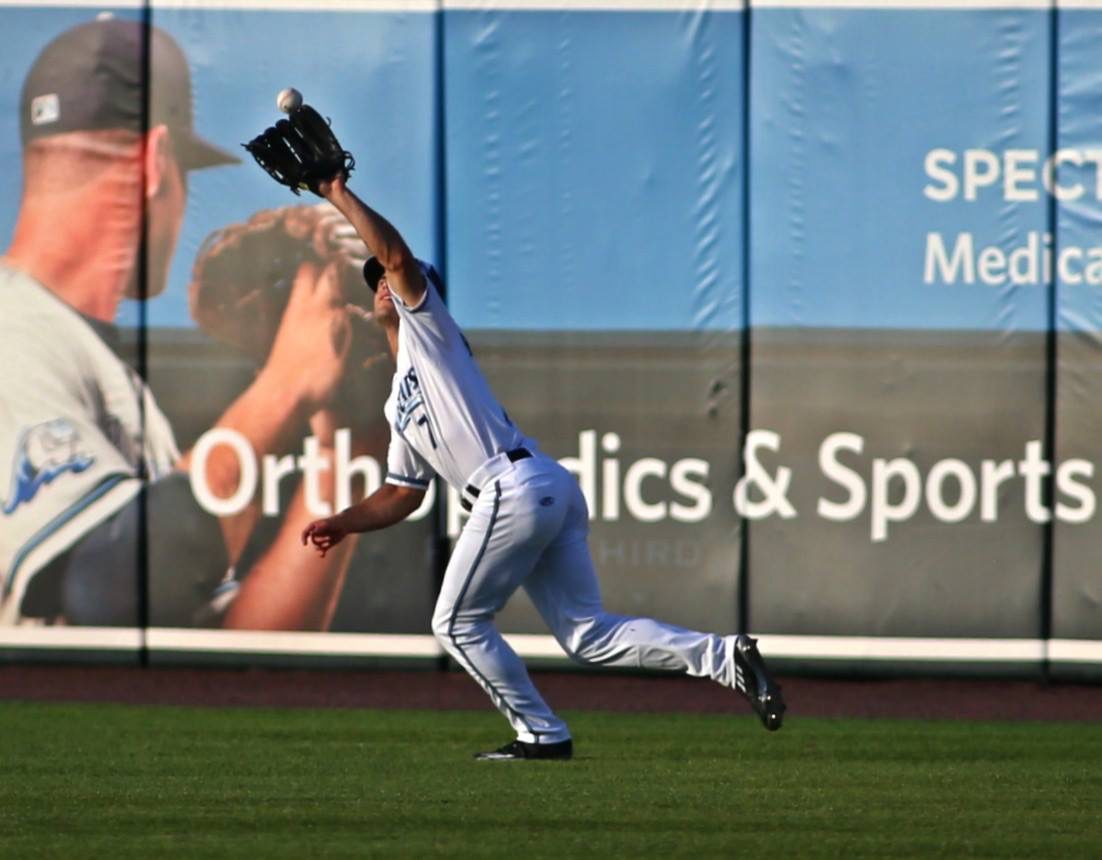 Jacob Robson makes the catch for the Whitecaps. Photo/Tom Reynolds 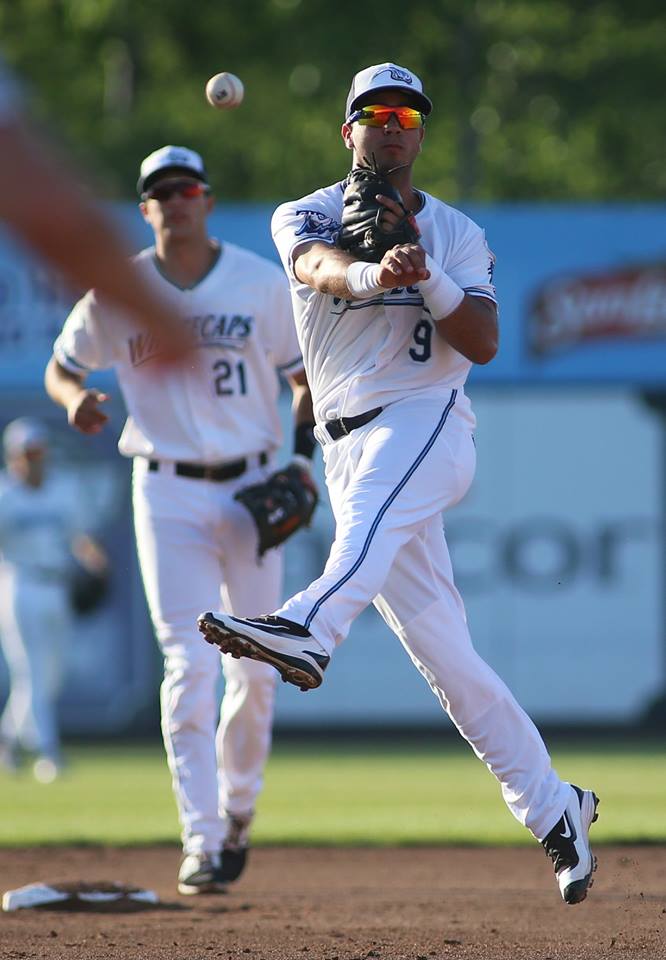 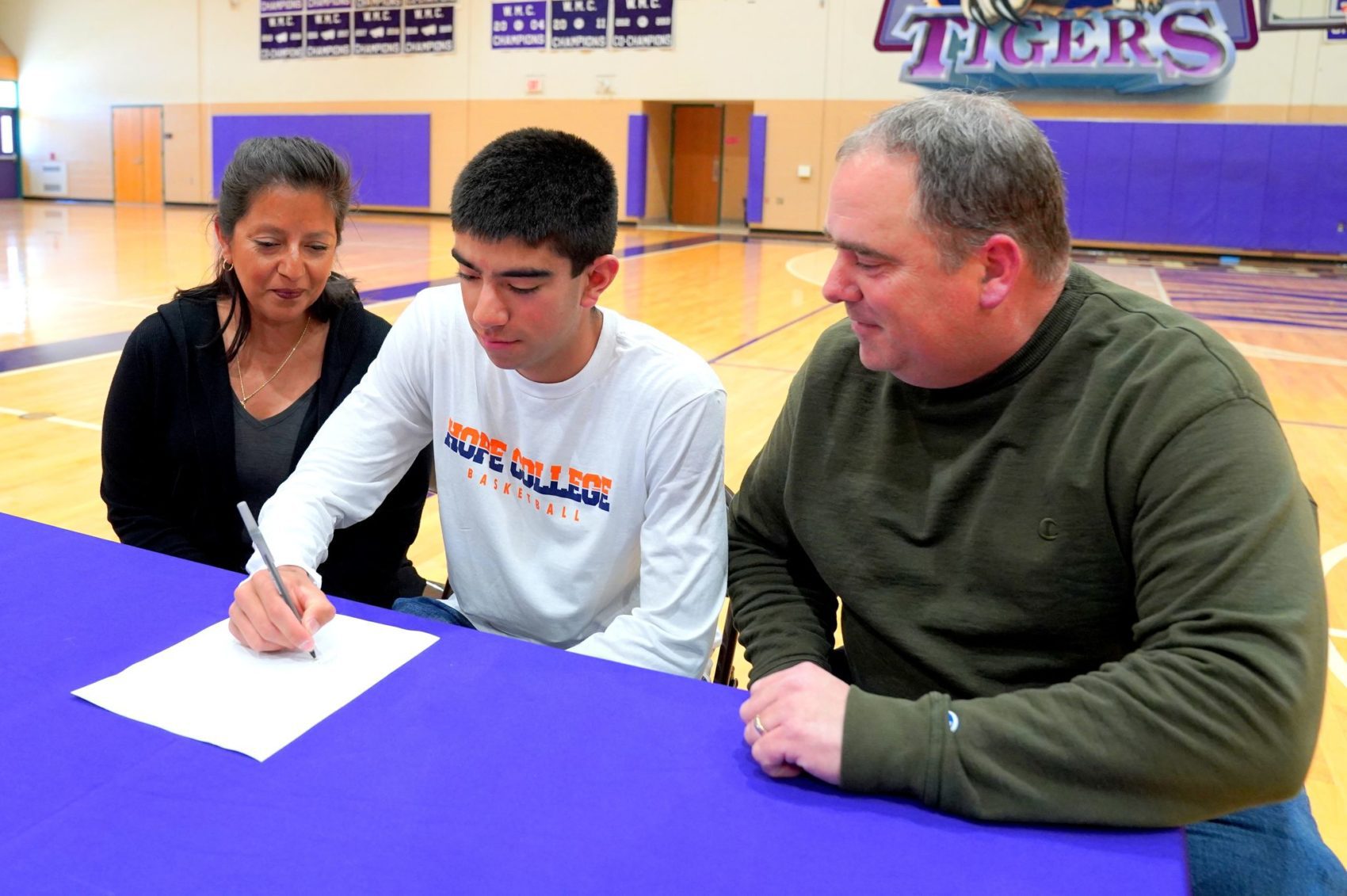 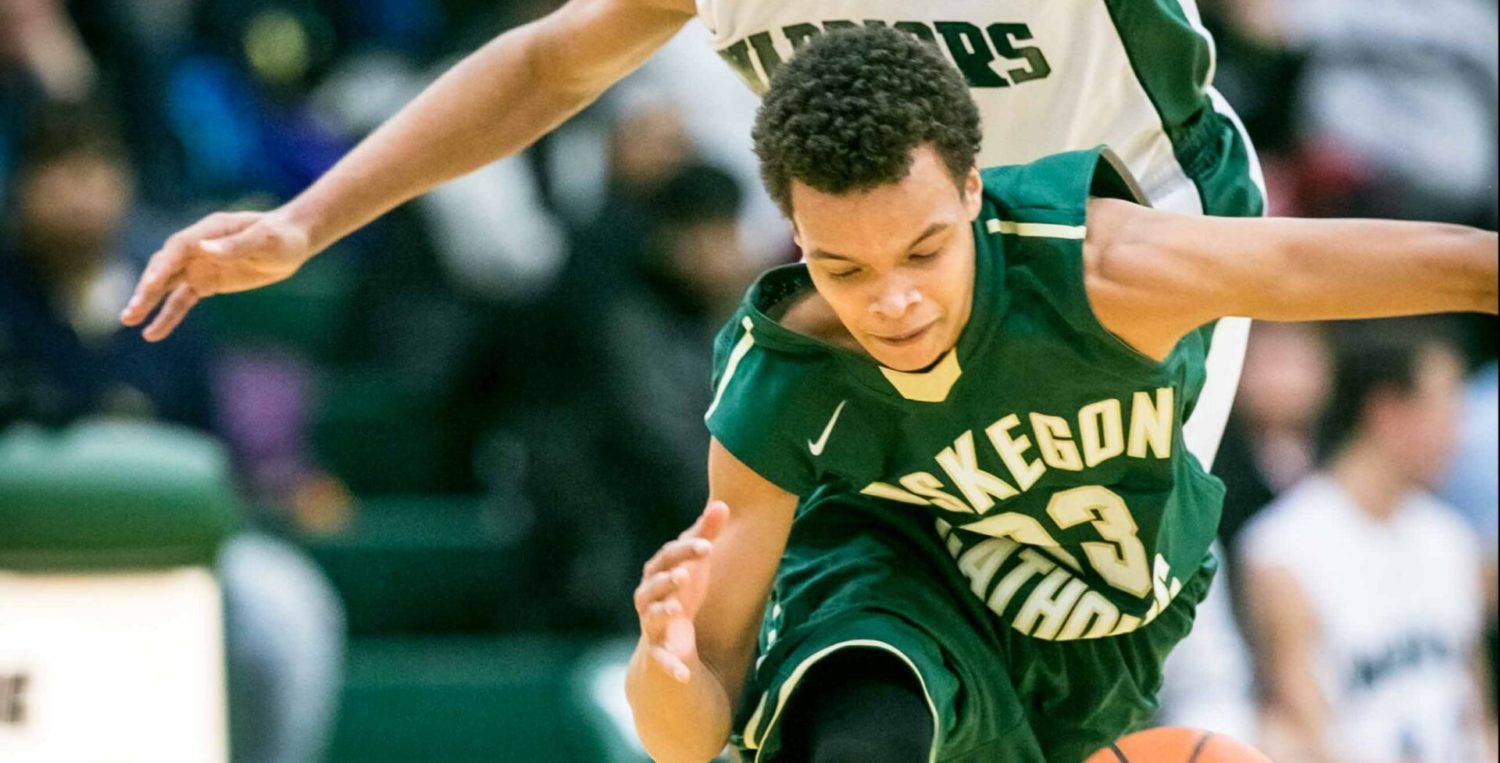