The Clippers were down to their final out, trailing by five runs with one runner on base in the bottom of the ninth inning.

Then they rose up and finished the season with a bang, stringing together six straight hits and scoring six runs to earn a thrilling 9-8 victory over the Grand River Loggers.

Muskegon completed a two-game weekend sweep of the Loggers, and prevented Grand River from earning a postseason playoff spot in the process.

Tyler Trovinger opened the ninth inning for Muskegon with a leadoff walk. before the Loggers struck out a pair of batters, pushing the Clippers to their final out. 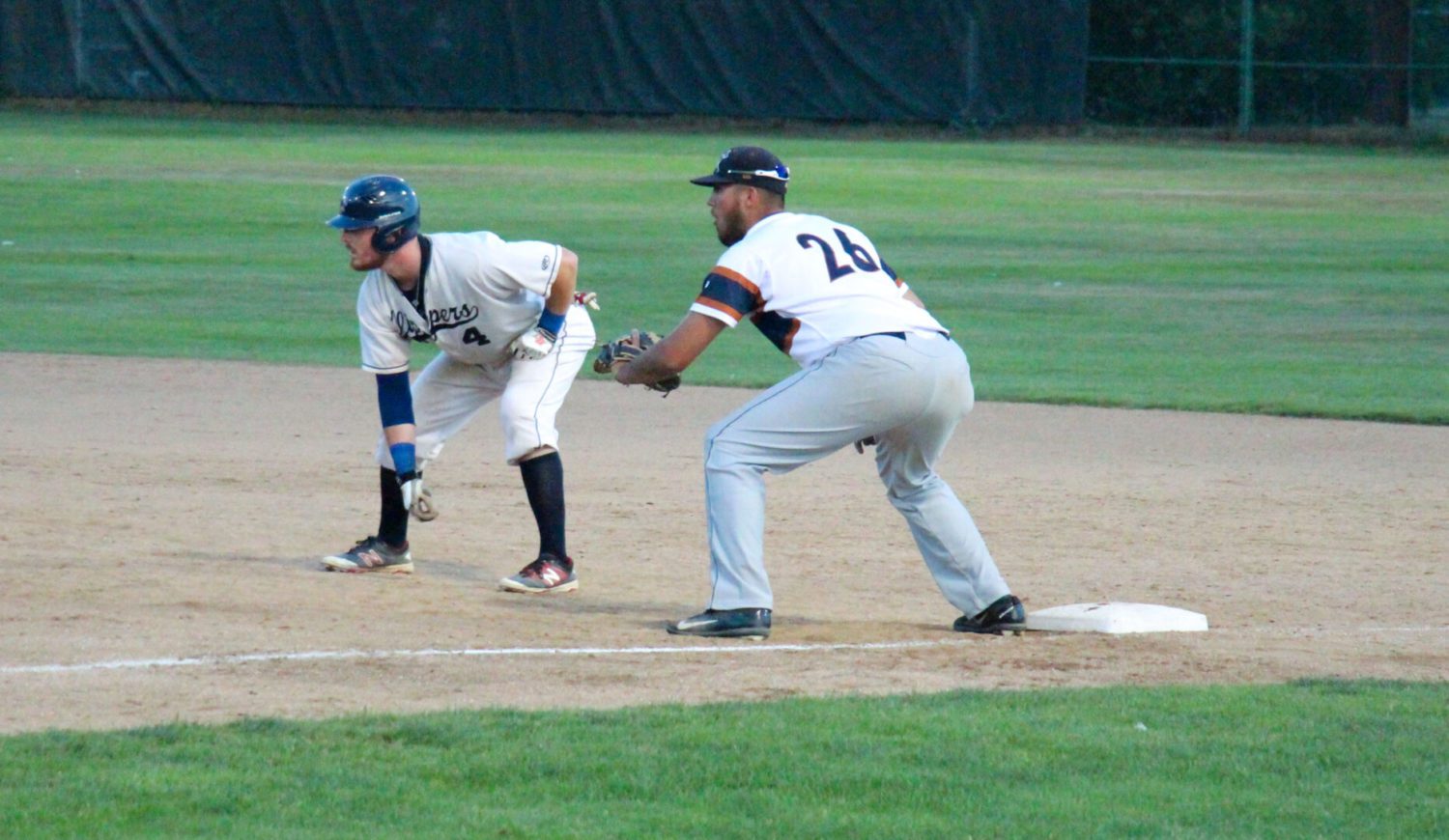 Muskegon catcher Cameron Bair leans toward second base during the pitch. Photo/Jason Goorman

But the Clippers did not quit.

Cameron Bair and Connor Henderson each singled to load the bases for Ethan Hajdukovic, who represented the tying run.

Hajdukovic hit a bullet toward the Loggers’ center fielder and the ball took a bad bounce, rolling far behind the defender. Three runs scored on the play to even the score at 8-8.

Montague’s Jacob Buchberger closed the game and the season with a walk-off single up the middle to complete the comeback win.

The Clippers ended the season with an 18-23 record, but still managed to finish with a three-game winning streak. 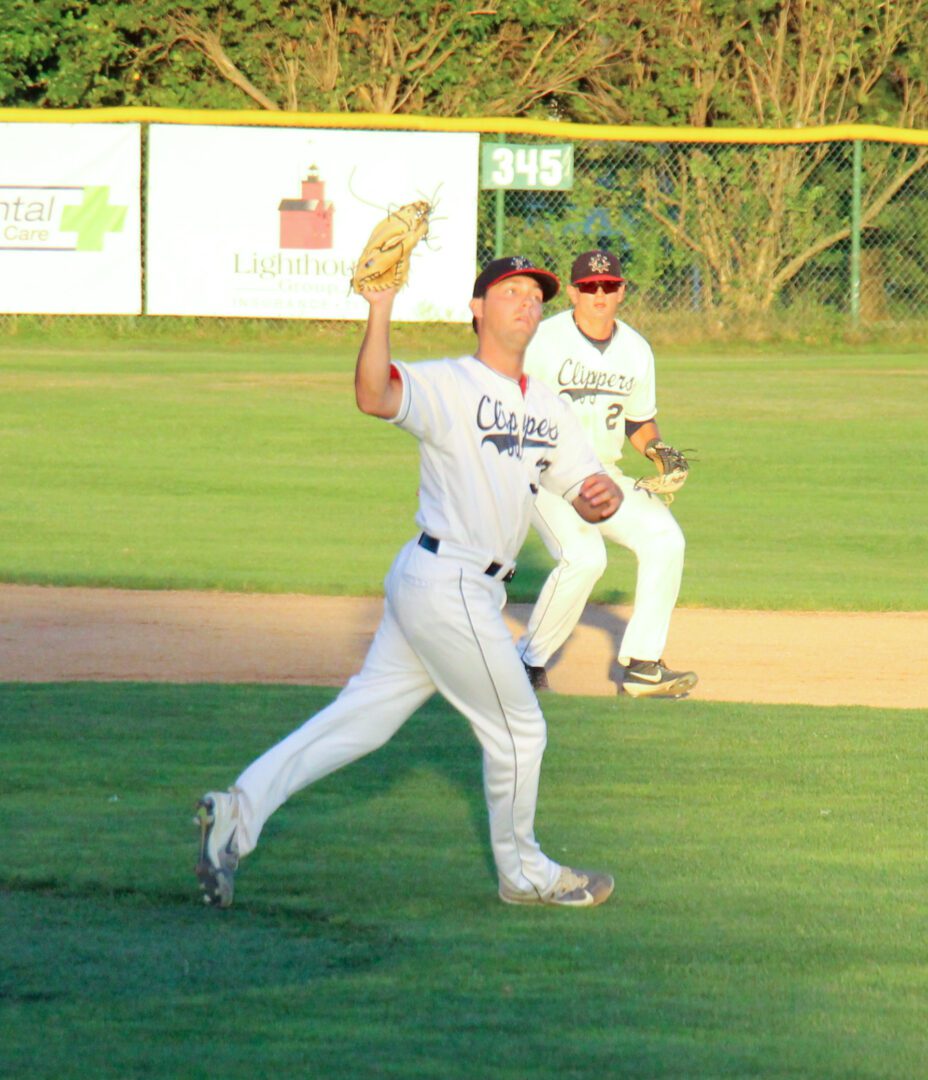 Austin Batka makes the play from the mound for Muskegon. Photo/Jason Goorman

“I am so proud of these guys,” said Clippers Manager Walt Gawkowski. “We got behind early again like we have done a million times. but there was no quit and they battled. They are great kids and I will miss them.”

The Clippers will look to regroup next season after a disappointing first season in the Great Lakes Summer Collegiate Baseball League.

“We learned a lot this year. but we will look forward, and I am proud of our entire organization,” Gawkowski said. “We can do really good things here and we will do it better.”

The game started sloppy for the Clippers, who allowed five runs on two hits, five walks and two errors in the first inning, giving Grand River a 5-0 lead.

Muskegon responded in the second inning with a solo home run from Hajdukovic to cut its deficit to 5-1.

The Clippers added a run in the sixth inning on an RBI double by Buchberger.

The Loggers responded with a run in the seventh frame on a home run from Logan Hudson.

Muskegon made the score 6-3 in the bottom half of the seventh on an RBI single by Blake-Jones.

Grand River countered with a run in both the eighth and ninth innings to take a seemingly safe 8-3 lead. That led to the dramatic Clippers comeback in the bottom of the ninth.