MUSKEGON – Last week Muskegon Clippers infielder Jimmy Roche was still healing from a back injury that kept him out of the lineup for two weeks.

Four games into his return, he played hero in a comeback victory at Marsh Field.

Roche knocked in two runs late in the game, including the game-winning run in the bottom of the ninth inning, to lead the Clippers to a 6-5 victory over the Lake Erie Monarchs on Friday night.

The Clippers improved their record to 10-11 on the season, good for third place in the Great Lakes Summer Collegiate Baseball League’s Northern Division.

The two teams will play again Saturday night at Marsh Field at 7 p.m.

“I was really just looking for something to hit,” said Roche, who plays college ball at Western Michigan University. “First pitch I just wanted to get my timing down, and the second pitch was at the same spot, so I tried to hit it in the field and I got it done.”

Muskegon jumped out to a 1-0 lead, then fell behind 4-1 before tying the game 4-4 in the eighth inning.

The Monarchs regained the lead at 5-4 in the top of the ninth, before the Clippers responded with two in the bottom of the frame to win the contest.

Manager Walt Gawkowski said he felt confident about winning, despite falling behind in the ninth.

“I told the kids we were going to walk it off and I guess they just believed it,” Gawkowski said following the victory celebration around first base. “There is no quit in this team and I’m really proud of them.

“Jimmy Roche came through and it was good execution. It was a hell of a game and a hell of an effort for our guys.”

The Clippers opened the scoring in the first inning on a double from Peter Zimmermann.

Lake Erie responded by scoring two runs in the third frame and two in the seventh to take a 4-1 advantage.

Muskegon cut its deficit to 4-2 in the bottom of the seventh with a solo home run from Wyatt Featherston.

The Clippers tied the game 4-4 in the eighth inning, scoring on an RBI single by Roche and a sacrifice fly from Zimmermann.

The Monarchs regained the lead in the top of the ninth with an RBI single from Alex Kerschner, but the Clippers didn’t fold up.

Conner Henderson led off with a walk, then advanced to third base on a bunt by Ryan Blake-Jones that was thrown wildly past first base by the Monarchs’ third baseman.

Jacob Buchberger tied the game at 5-5 with an RBI single with no outs.

After a sacrifice bunt by Bryce Kelley, Lake Erie intentionally walked Nolan Bryant to load the bases with just one out.

Roche came up to the plate and hit a single to shallow right field to knock in the game-winning run. 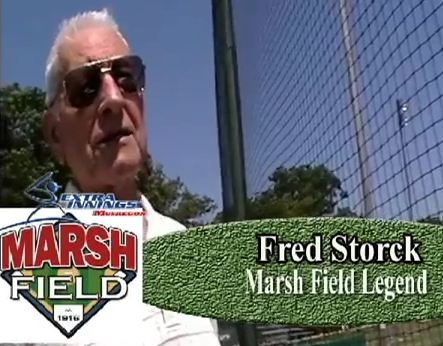