MUSKEGON – The season opener turned out to be business as usual for the Muskegon football team.

The Big Reds pounded out 526 yards on the ground and used a smothering defense to beat Ann Arbor Pioneer 56-0 at Hackley Stadium on Friday night.

The drubbing came a year after the Big Reds beat the Pioneers 51-14 at Michigan Stadium in Ann Arbor.

The Big Reds’ opening drive covered 62 yards on nine plays before Clinton Jefferson Jr. found the end zone from six yards out for the only score of the first quarter.

That 7-0 lead turned out to be enough for Muskegon, because Pioneer never came close to the end zone. 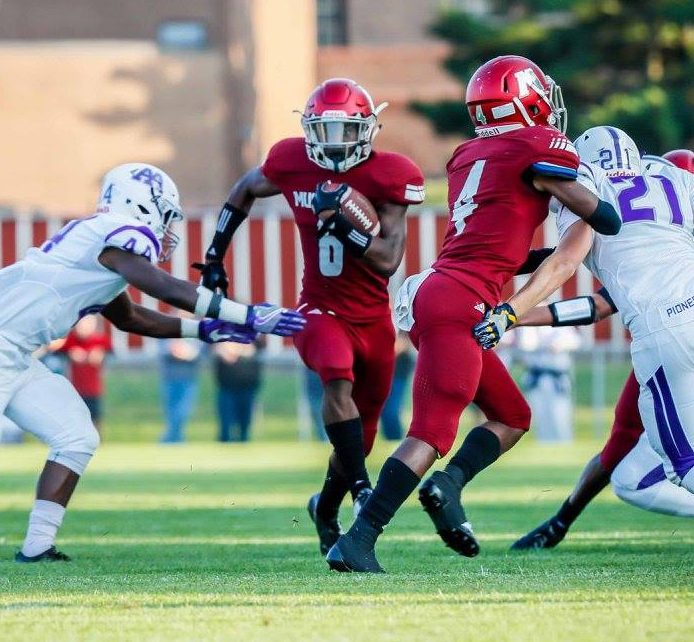 “I was very pleased with our execution on our defensive alignments,” Big Reds coach Shane Fairfield said. “But we didn’t tackle very well and we missed a few sacks.”

Down only seven to start the second quarter, the Pioneers were unable to muster any offense, and were doomed by poor field position.

The Big Reds started four of five offensive possessions deep in Ann Arbor territory. That resulted in three Muskegon touchdowns in a span of nine minutes, and there would have been another if not for a fumble at the goal line.

“Anytime you can get the field position in a high school game, that is key,” Fairfield said.

By halftime Muskegon had already rushed for 252 yards, with La’Darius Jefferson accounting for 135 of that total on 13 carries. The senior quarterback finished with 232 yards, thanks in part to a 59-yard TD sprint in the third quarter.

Willie Shanks Jr. scored a touchdown to give Muskegon a 42-0 lead at the end of the third quarter. Davion McCall and Johnny Martin III each added fourth-quarter touchdown runs.

Ali’Vonta Wallace led the Muskegon defense with seven tackles, Eli Jackson had six and Shanks and Robert Carson each had an interception.

Nate Yuhas passed for 89 yards and rushed for 50 for Pioneer. 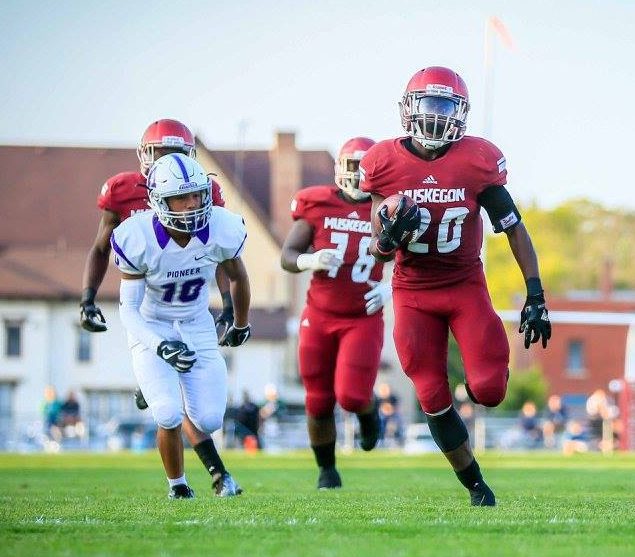 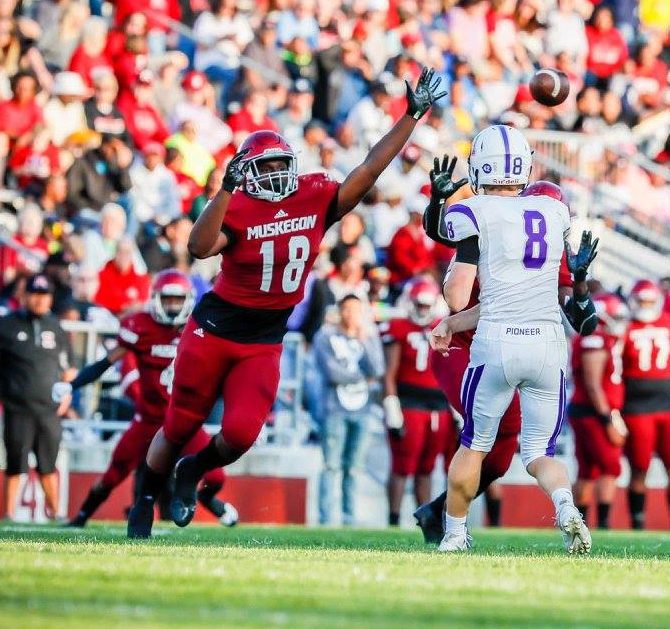 Ali’Vonta Wallace gets a hand in the face of Ann Arbor quarterback Nate Yuhas. Photo/Tim Reilly 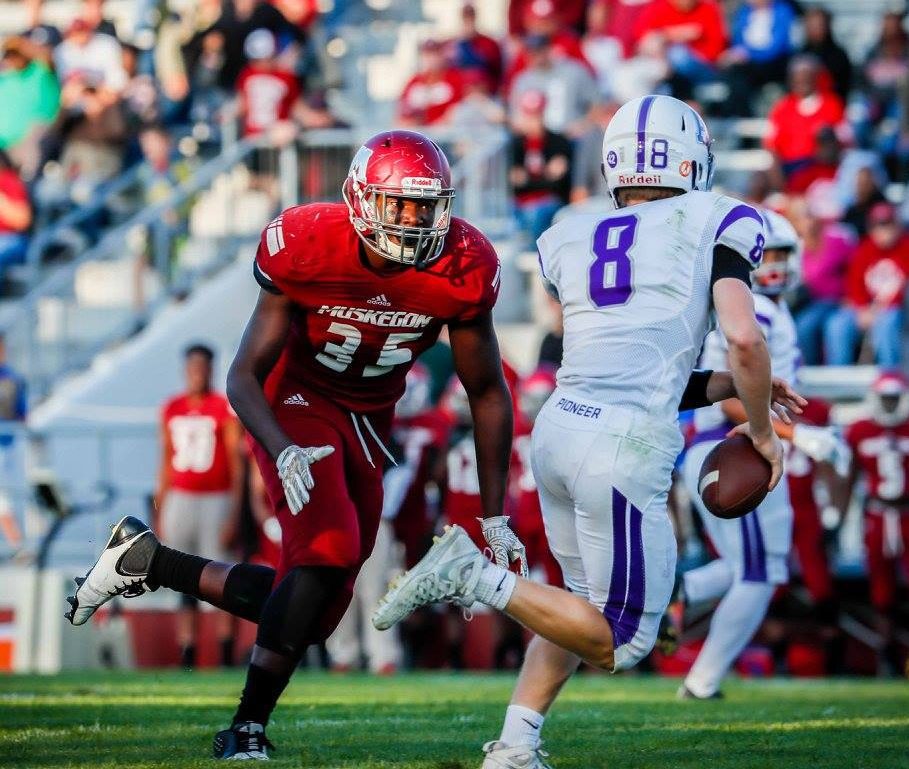 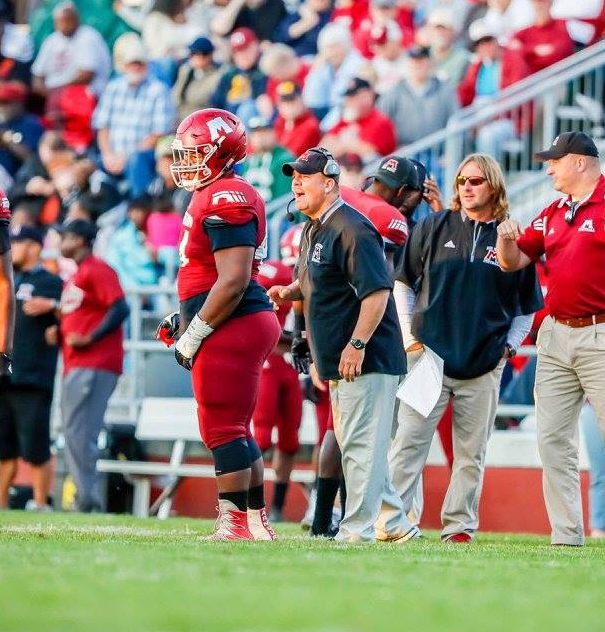 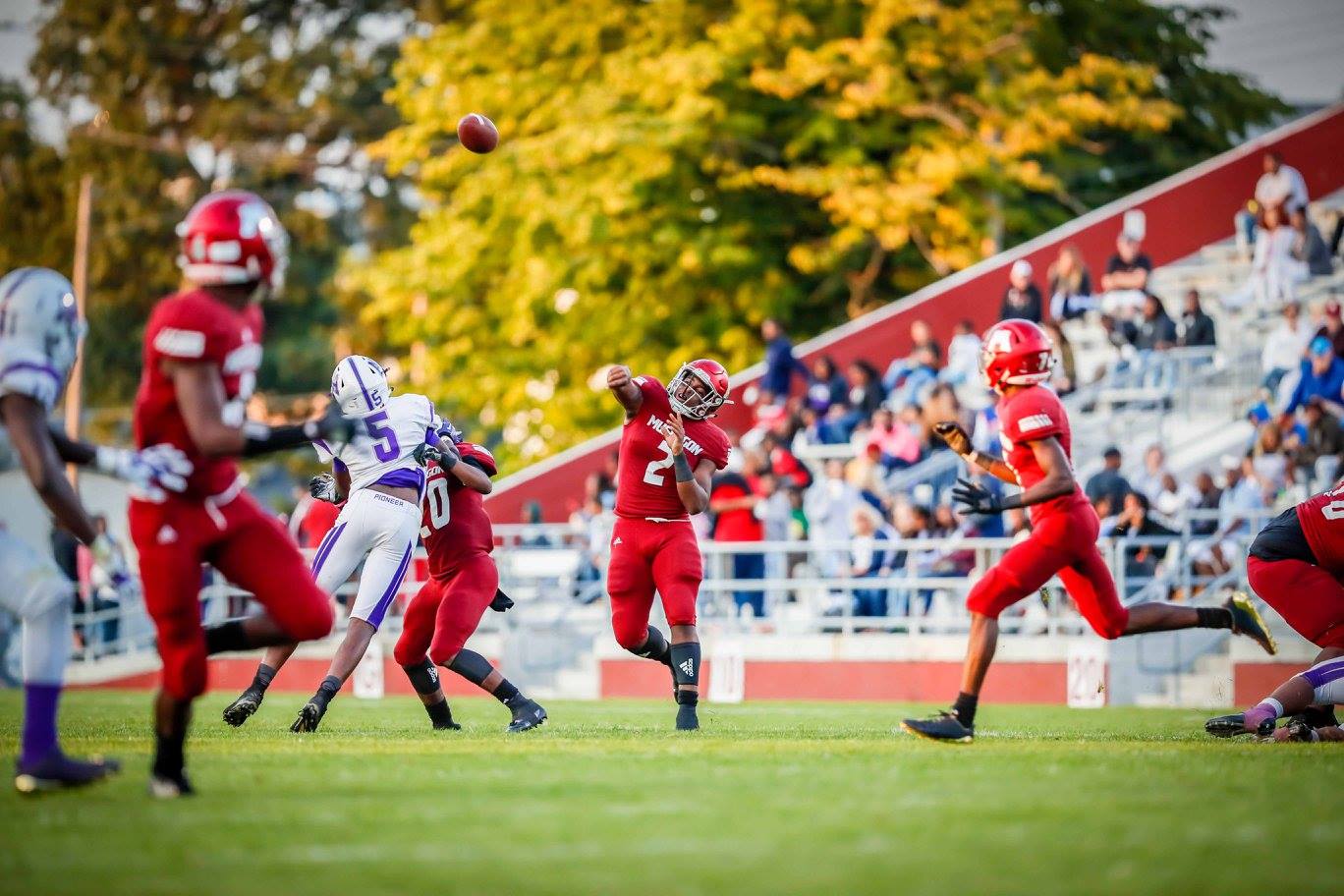 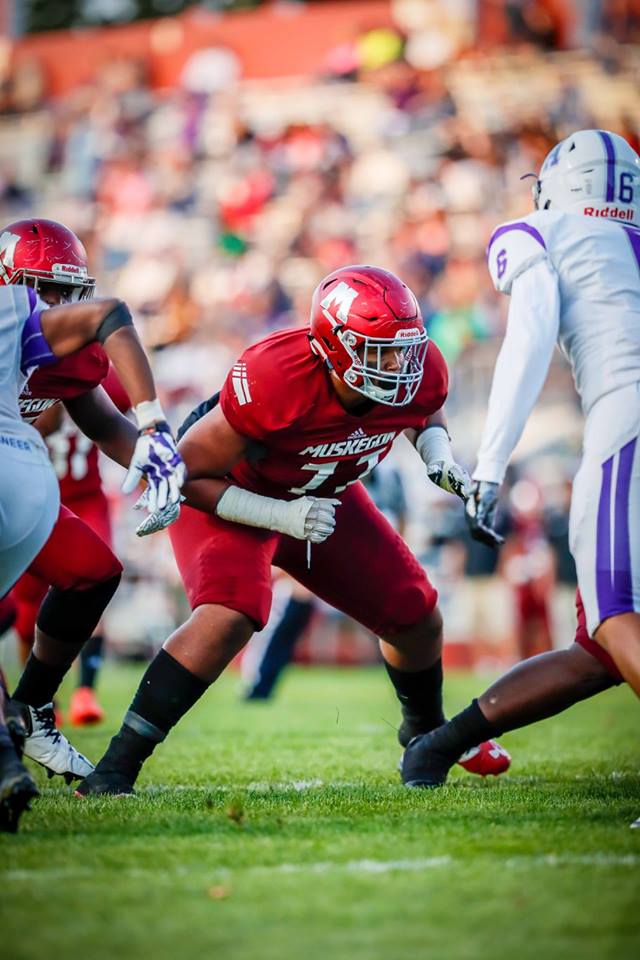 Antwan Reed Jr. gets ready to make the block on the Muskegon line. Photo/Tim Reilly 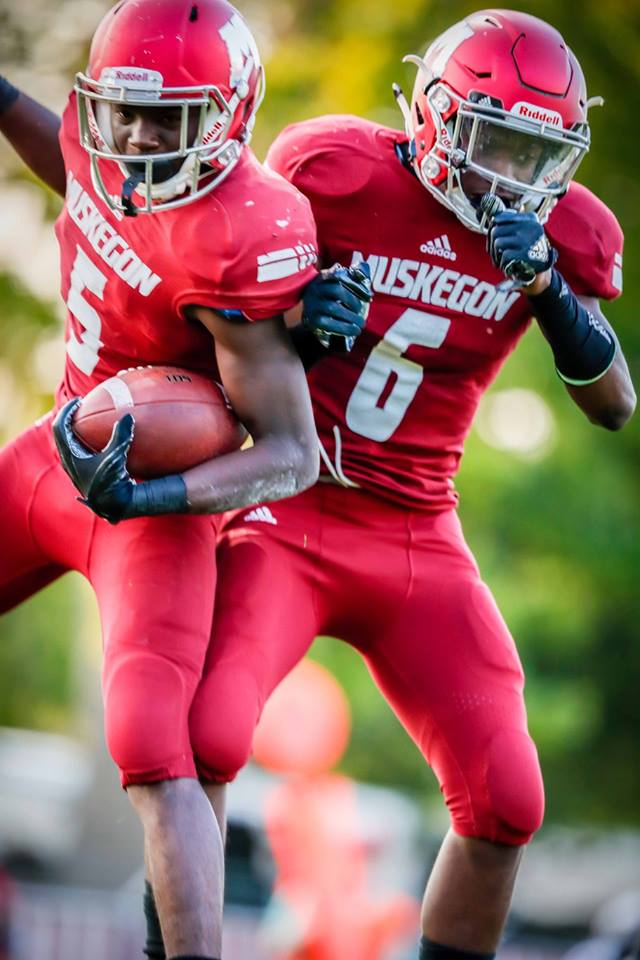 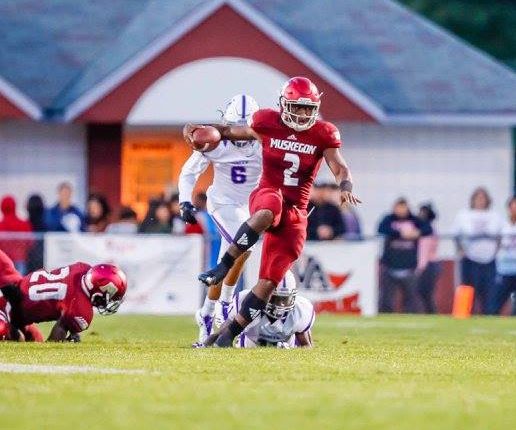 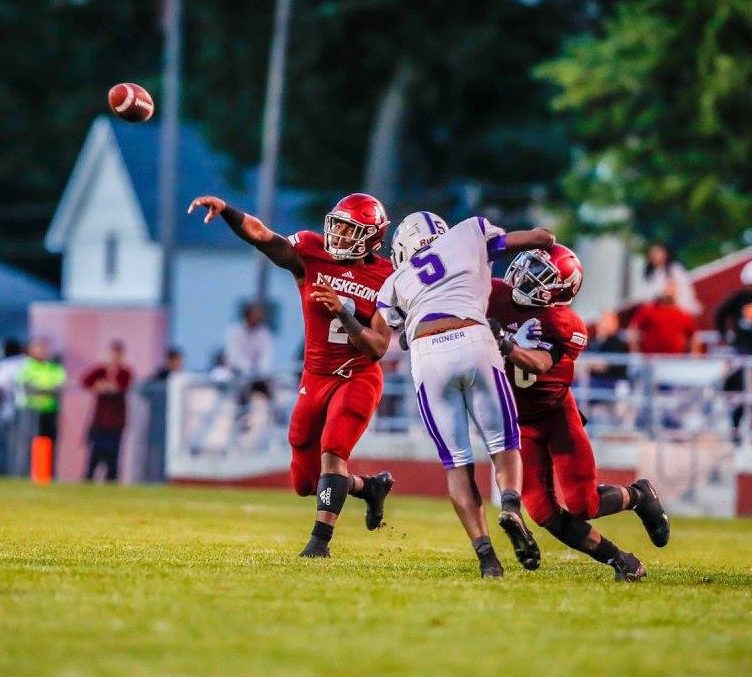