SPRING LAKE – The key to keeping a veer option offense under wraps is to make sure the playmakers are confined between the tackles.

Fruitport’s defense not only executed that plan to perfection on Thursday against rival Spring Lake, but many times kept the Lakers moving in reverse.

The Trojans held the Lakers to a mere six yards of total offense in the second half and 110 overall in a big 21-0 victory in the Battle of the Bayou on Thursday. It was Fruitport’s first shutout over the Lakers since 2006.

Fruitport, which now has its first four-game winning streak over Spring Lake since 2000-2003, improves its season record to 1-1, while the Lakers fall to 0-2. 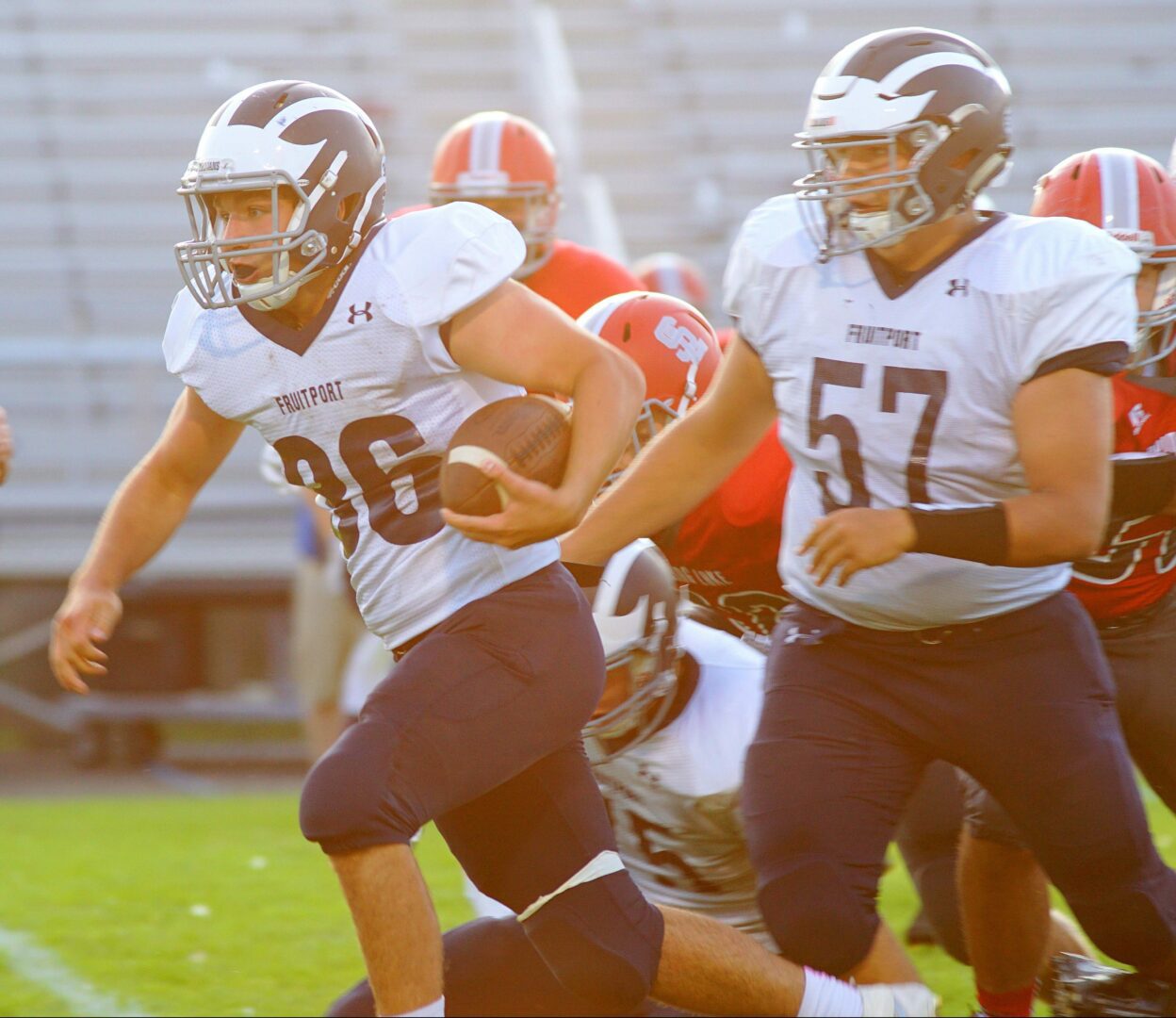 Fruitport coach Greg Vargas said the biggest difference with his squad, compared to a disappointing Week 1 loss to Coopersville, was the tenacity of the defense.

“It was excellent,” Vargas said of the unit’s overall performance. “(Spring Lake) has some playmakers. We watched them on Saturday (against NorthPointe Christian) and they have some kids who, if you put them in space, they can do some damage. We did a good job of bottling them up and not letting them get north and south on us.”

Defensive end Crue Cooper said the Trojans focused all week on eliminating the big-play potential of Spring Lake junior quarterback Caleb Montgomery. Cooper had a big tackle for a loss on Montgomery in the first half and a sack in the second half.

“He’s a mobile quarterback, so we worked a lot in practice at defending the quarterback, and I thought we did a good job tonight,” Cooper said. “We worked our butts off all week to get ready for this game.”

The teams were scoreless after one quarter, but the Trojans amped up their run game in the second behind bruising sophomore running back Dominic Colegrove, who totaled 119 yards on 23 carries and two touchdowns. 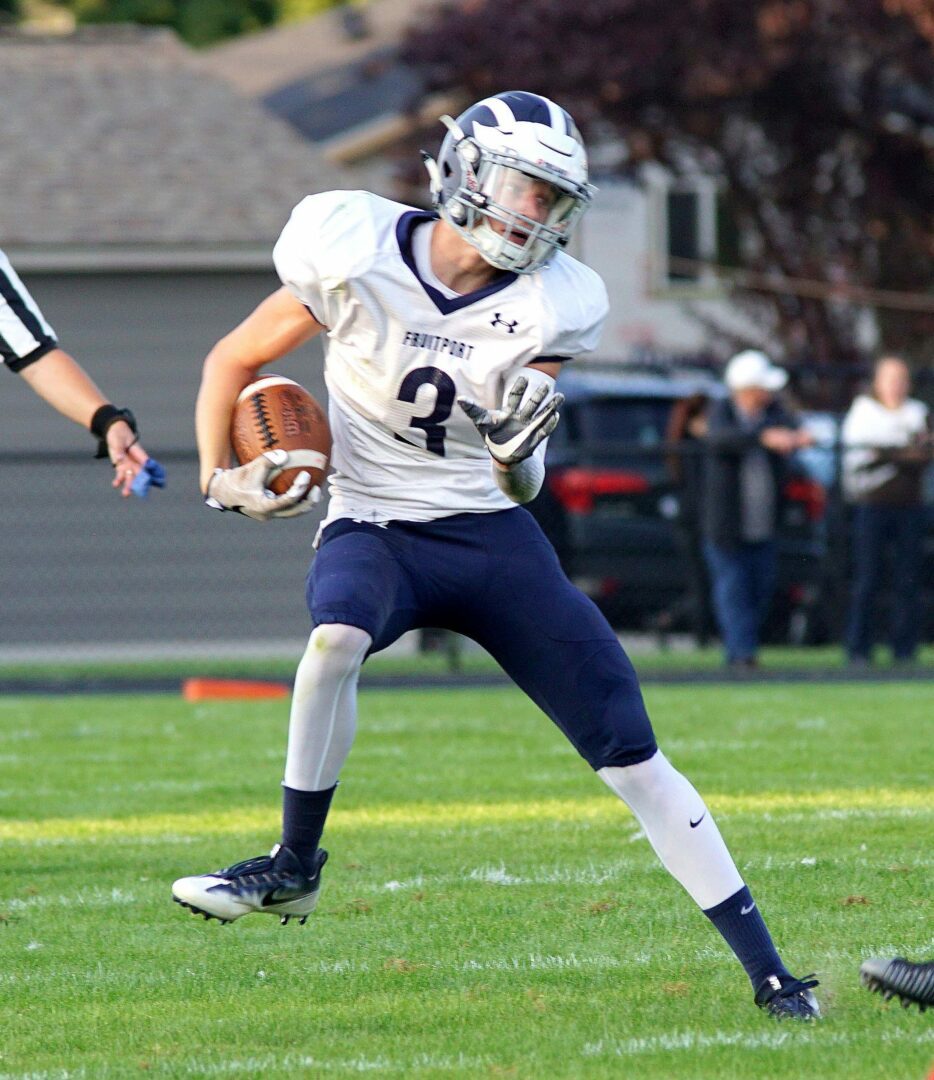 He found the end zone on a four-yard plunge with 5:46 left in the half, and after Spring Lake botched a punt on a high snap on its ensuing series, the Trojans’ big offensive line went back to work.

Quarterback Jakob Carlisle snuck in behind center David Cadena and guard Brendan Rollenhagen for a two-yard score to give Fruitport a 14-0 advantage at halftime.

It didn’t get much better for the Lakers, who managed just four offensive plays in the third quarter – one being a fake punt on a fourth-and-8 that came up five yards short.

Meanwhile, Colegrove continued to rumble. He produced the game’s final score just a minute into the fourth quarter, plowing through a hole off left guard for a five-yard touchdown.

“No disrespect to any other kid on our team, but I love watching him run,” Vargas said about Colegrove. “Sometimes I think he gets his head out over his front wheel a little bit too much, but he’s got that forward lean and he gets churning.  I know he punished some people tonight. He smacked some people.”

Vargas also commended the sound game management of QB Carlisle, who had 40 yards rushing and more importantly, didn’t turn the ball over.

Spring Lake running back Gavin Paul led his squad with 47 yards rushing, but their big-play ability was absent against the Trojans.

“Our theme tonight was confidence and I thought we raised our level of play tonight,” Vargas said. “The kids always get jazzed up for this game against Spring Lake. I just wish we could take that level of excitement and intensity with us every week.” 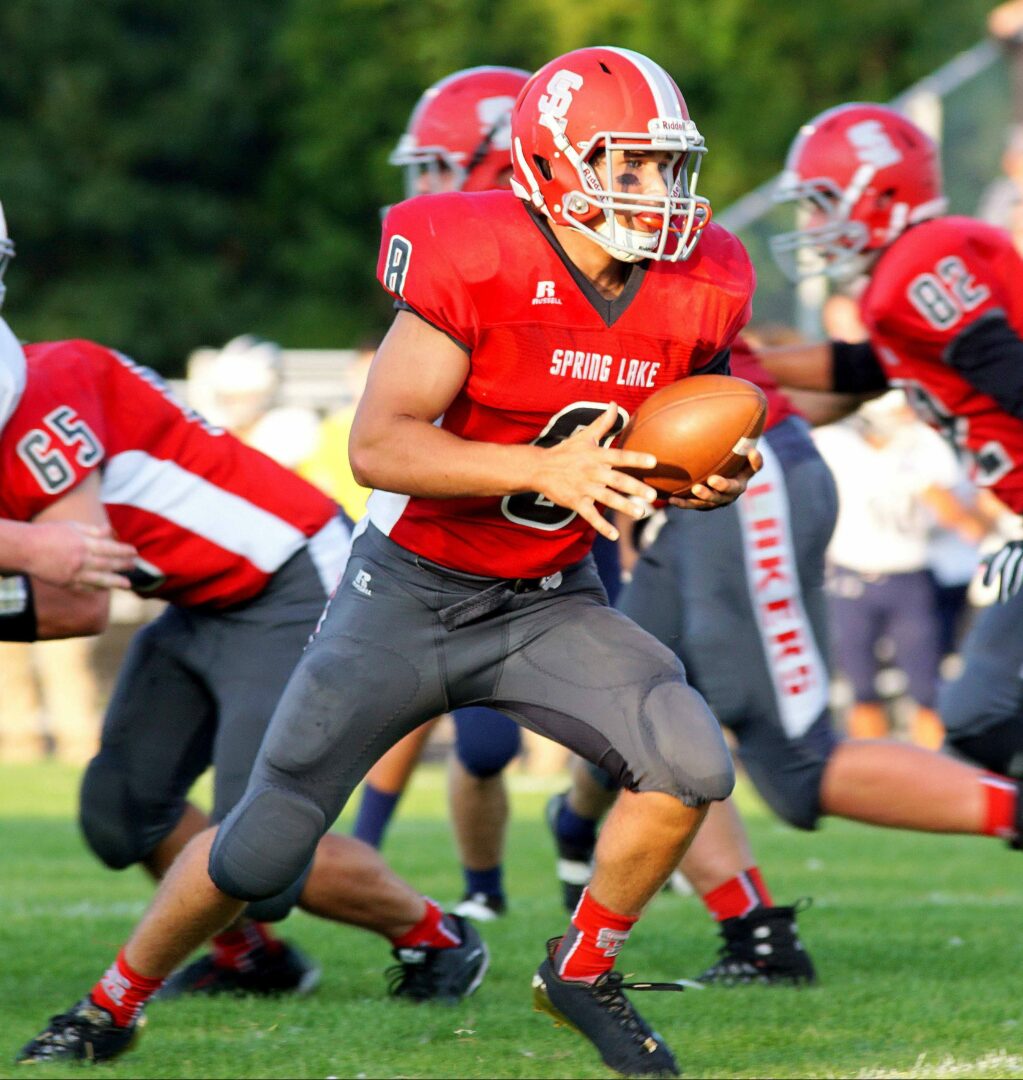 Caleb Montgomery drops back to give the handoff for Spring Lake. Photo/Leo Valdez 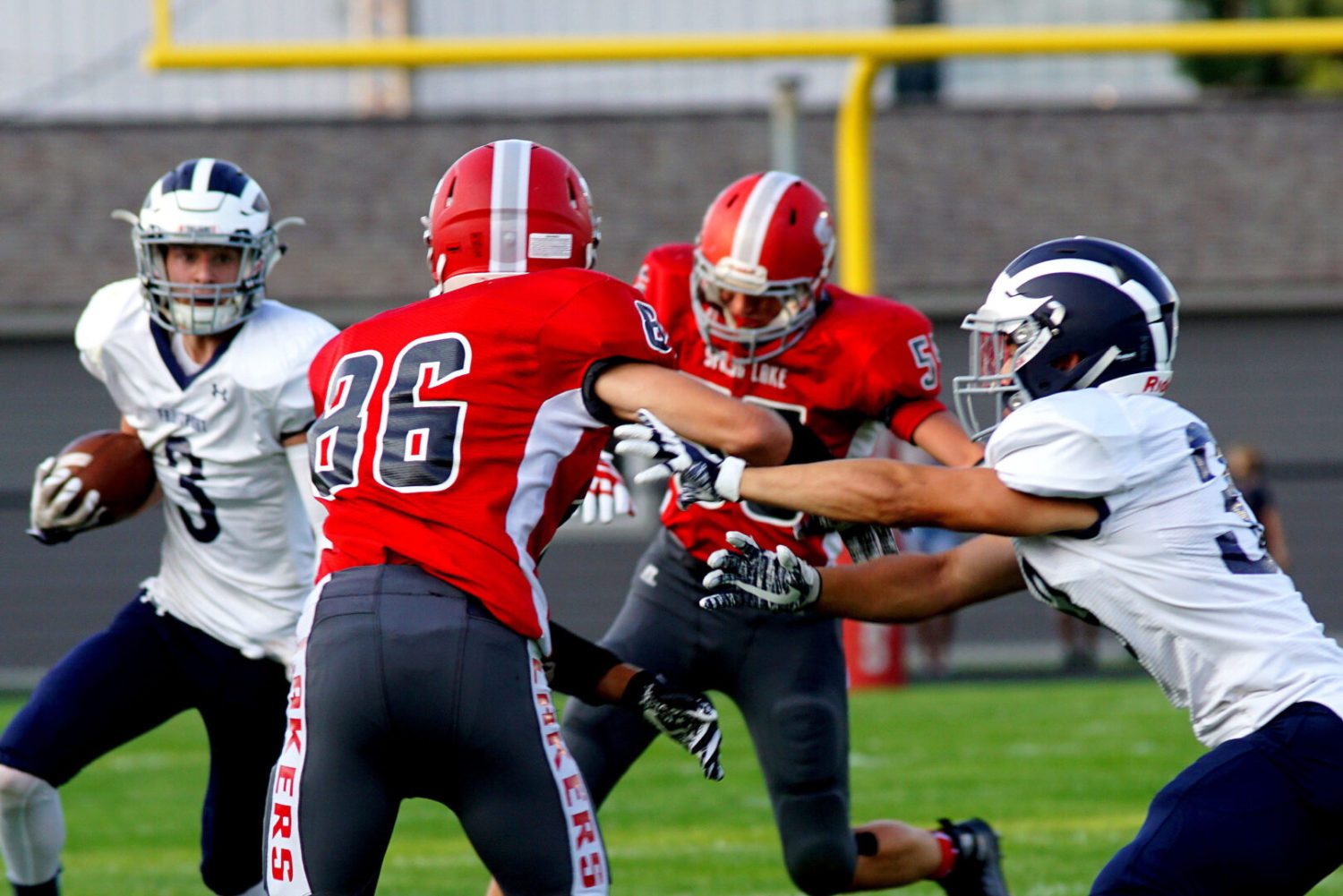 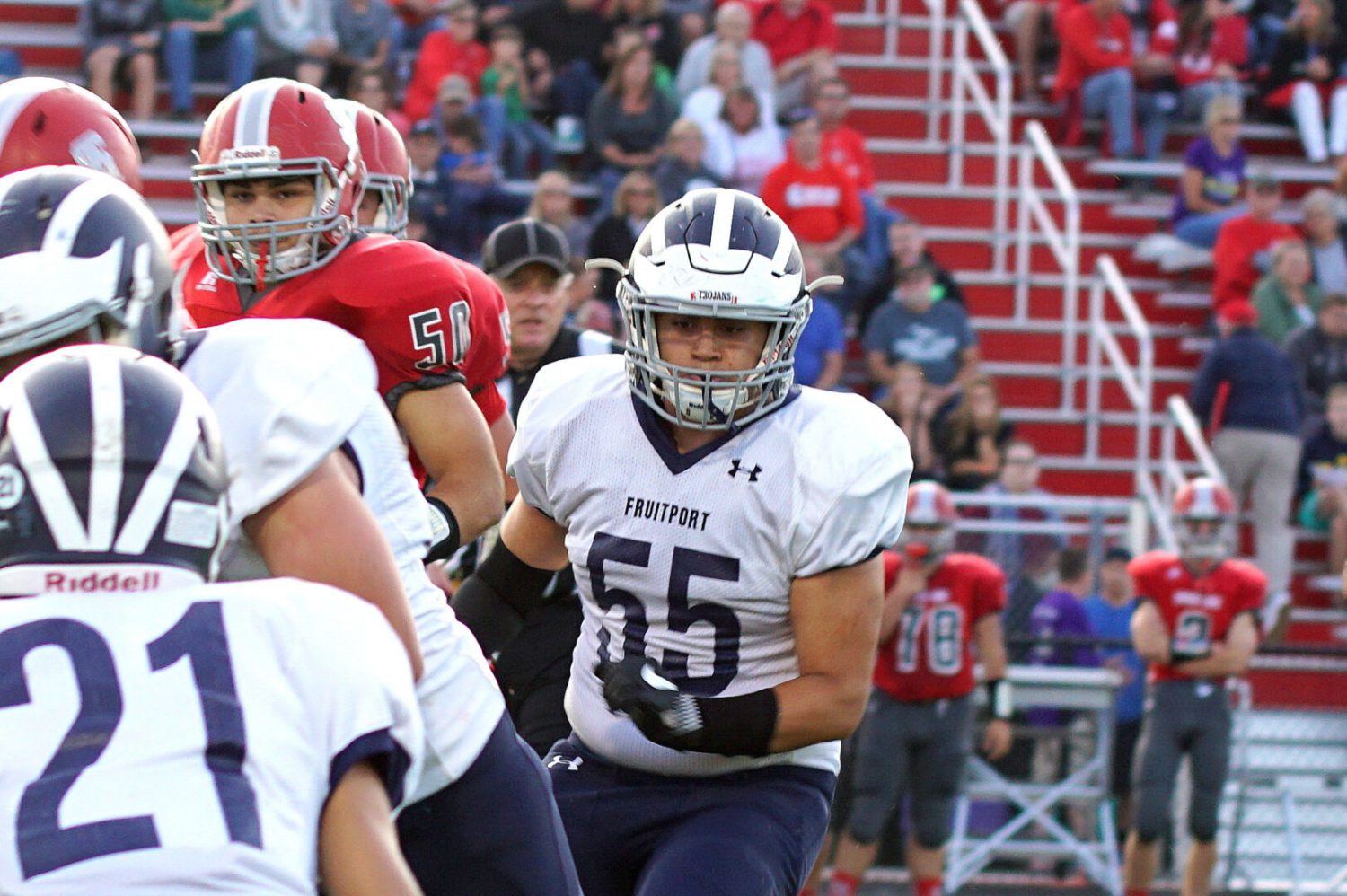 Justino Acevedo looks up as the play moves away from the Fruitport line. Photo/Leo Valdez 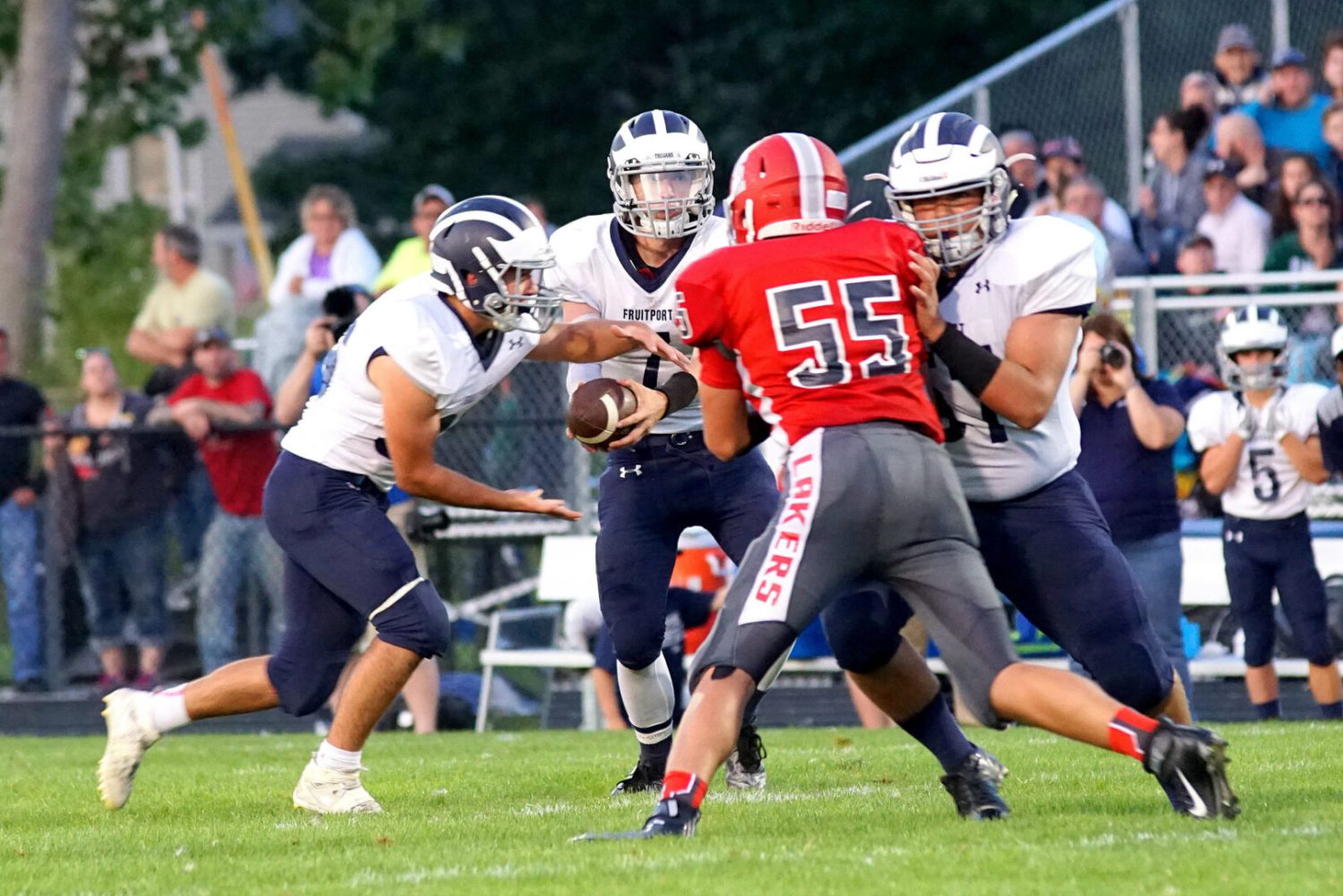 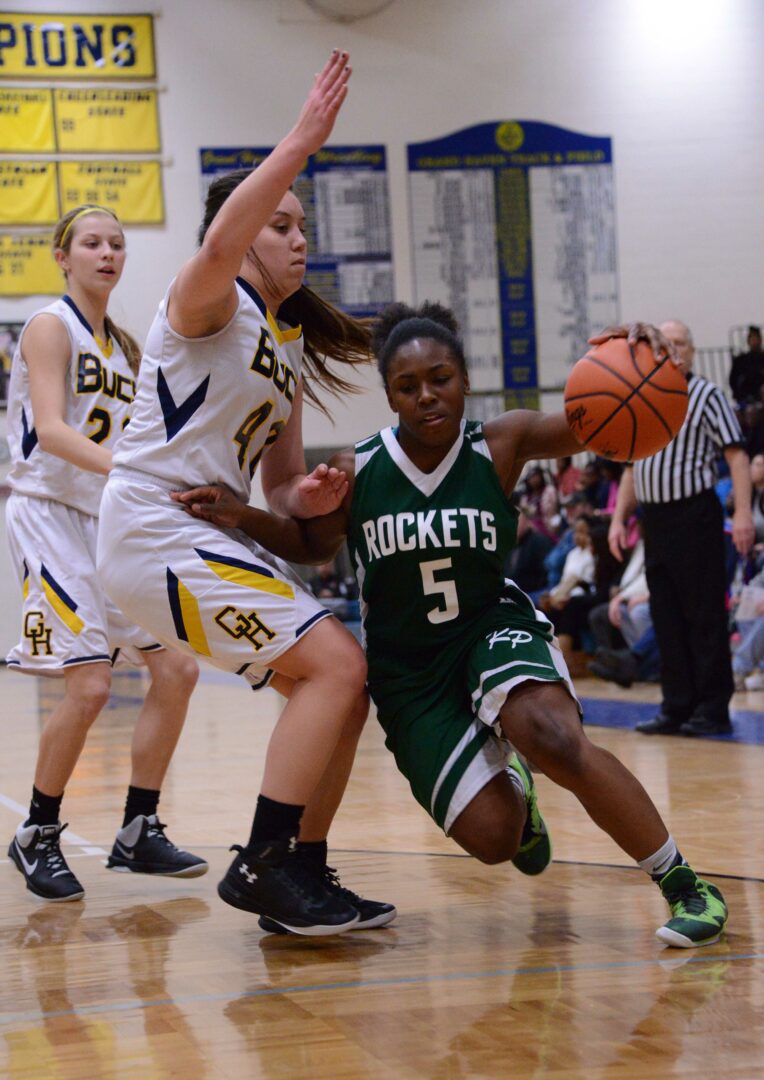 Reeths-Puffer girls rally past Grand Haven, setting up a rematch with Mona Shores