The Fruitport football team fell to Coopersville 35-12 in its season opener Thursday night.

The Trojans trailed 14-0 after one quarter. Fruitport’s Jakob Carlisle connected with

Ethan Flores on a 46-yard TD strike in the second quarter, making the score 14-6.

The Broncos scored again before halftime and led 22-6 at the break.

After a quick score from Coopersville to start the second half, Fruitport responded with a 13-yard touchdown run by Carlisle to make the score 28-12.

Coopersville added one more TD in the fourth quarter.

Carlisle led Fruitport in rushing with 86 yards on 19 carries while Dominick Colegrove added 85 yards on 21 carries.

Ethan Flores led the Trojan receivers with 45 yards and one touchdown on two catches.

The Trojans will head to Spring Lake next Thursday looking to get into the win column. 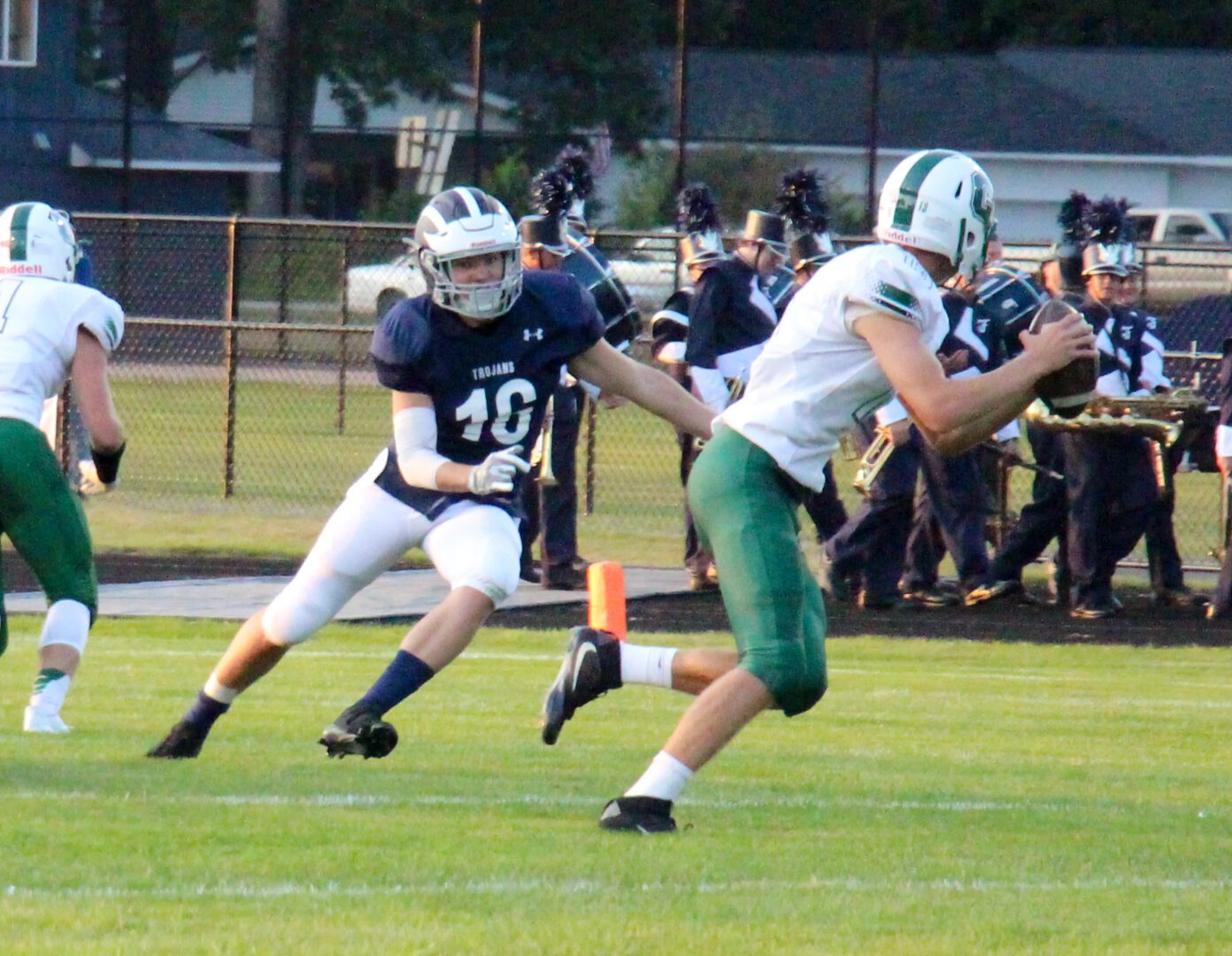 Fruitport’s Logan Wadland tries to chase down Coopersville’s Vaugh VanTil on the fake during an extra point. Photo/Jason Goorman 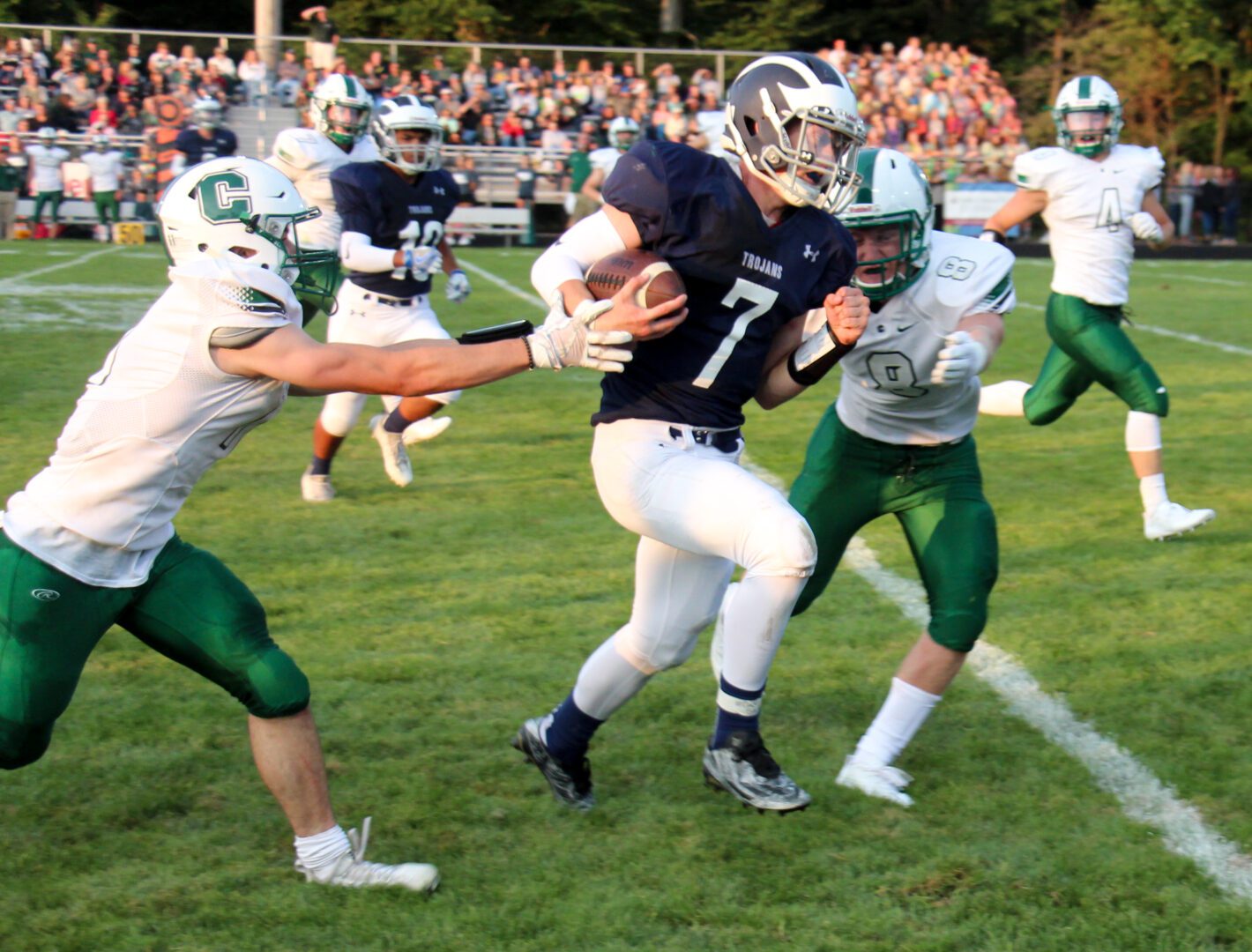 Jakob Carlisle moves the ball upfield on the rush for Fruitport. Photo/Jason Goorman 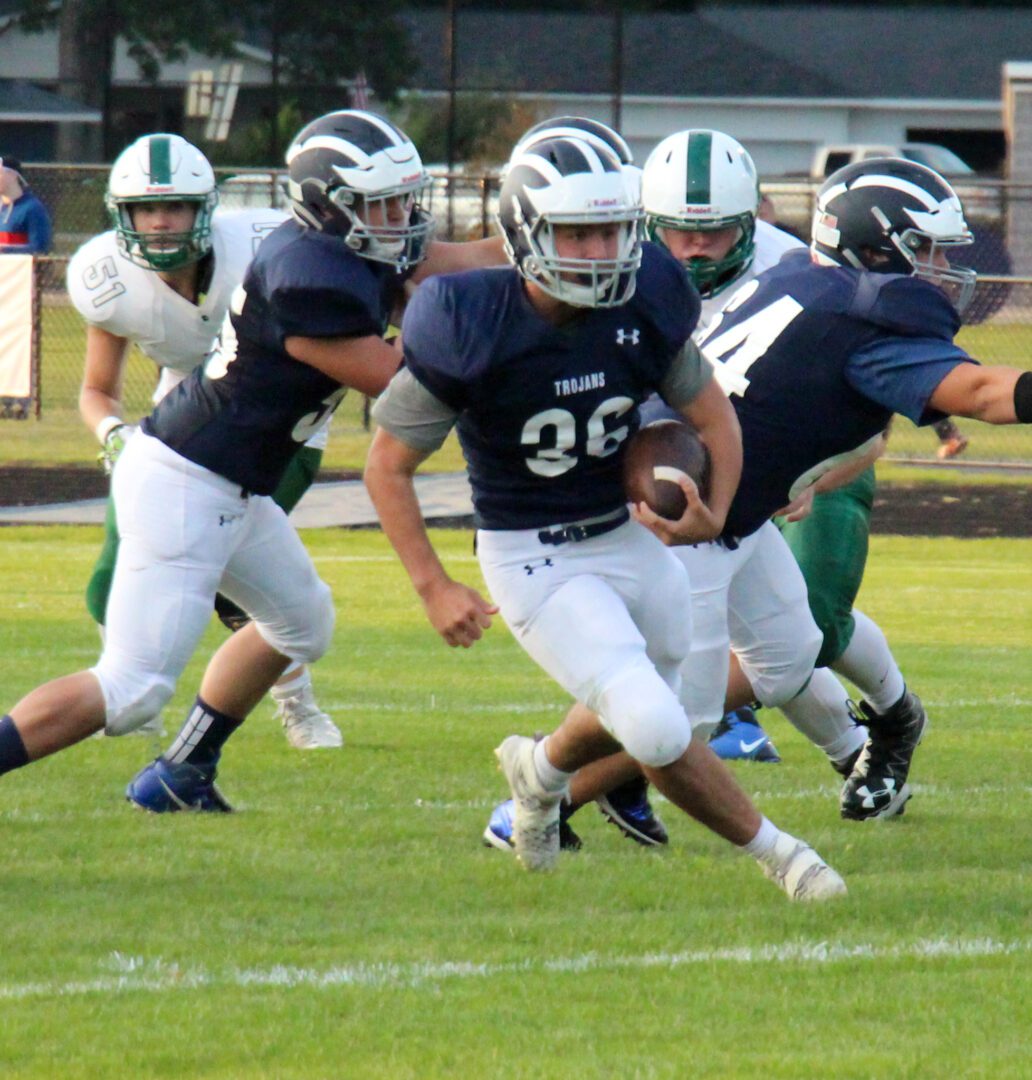 Dominic Colegrove rushes up the middle for Fruitport. Photo/Jason Goorman

Sign up to get your free emailed copy of the Local Sports Journal magazine! 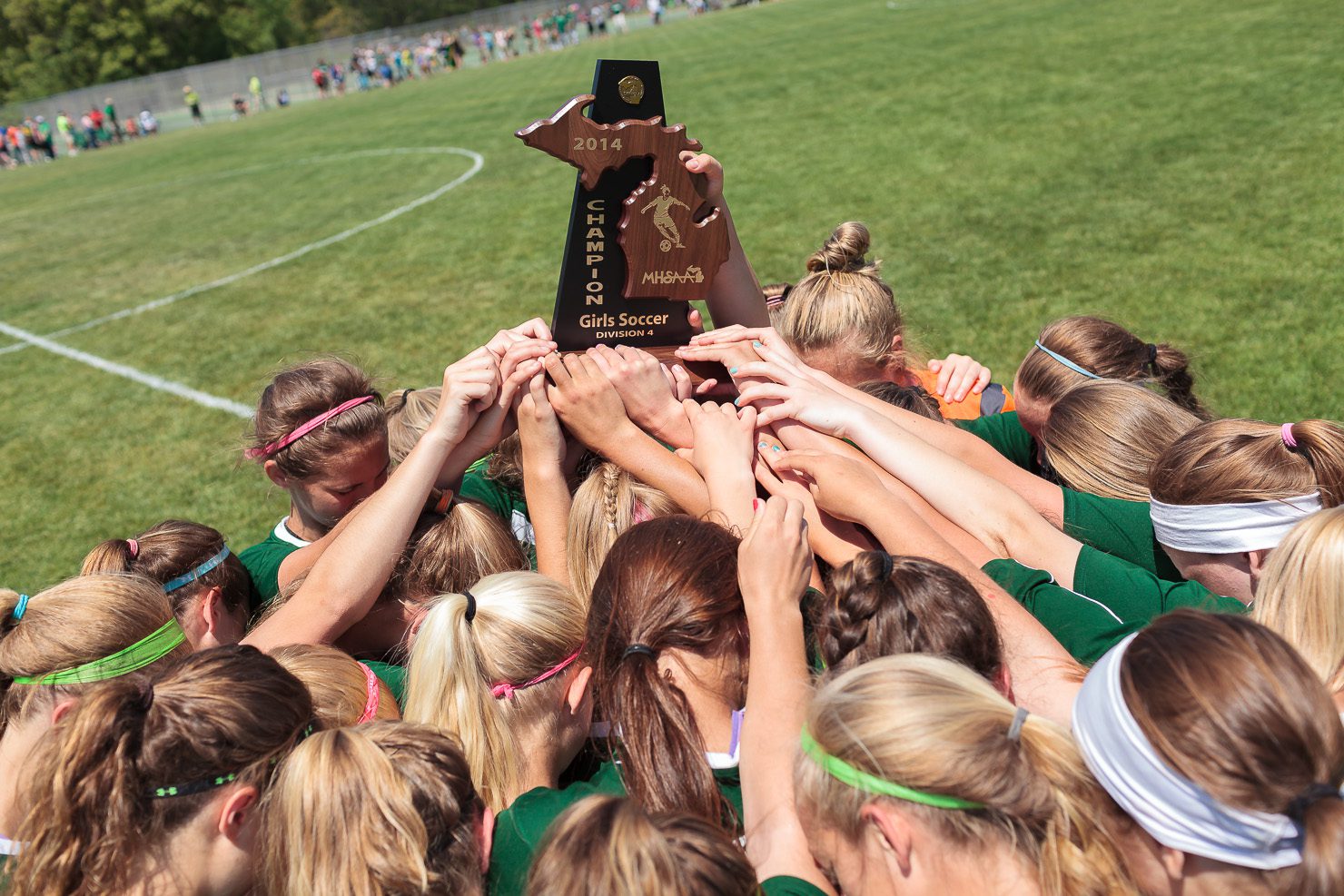