It’s the opening weekend of the 2017 high school football season, and that means three straight days of

Local Sports Journal (LocalSportsJournal.com) will have full reports on all the games involving area teams, including five games on Thursday, eight on Friday and three on Saturday.

Check out the previews, then watch LocalSportsJournal.com all weekend for complete results!

This is the second year of the “Battle at the Big House” at Michigan Stadium in Ann Arbor, featuring six high school games over three days. Last year Muskegon pounded Ann Arbor Pioneer at the Big House. 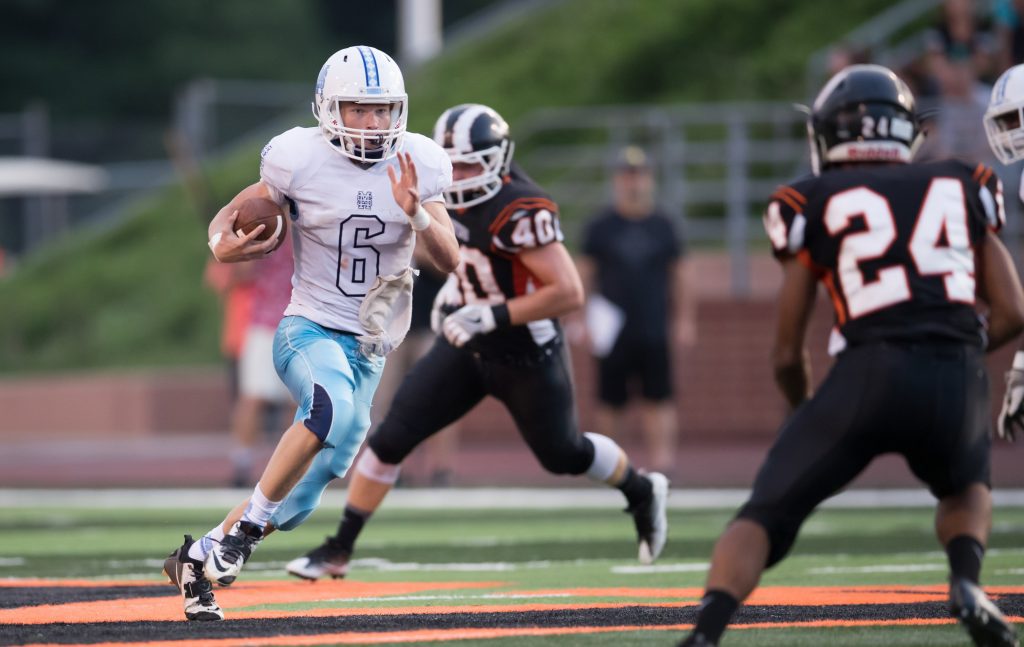 Mona Shores comes into 2017 with high hopes. The Sailors were very young last season and lost three out of their first four games, then got hot and captured four wins in their last five games.

The Sailors failed to make the playoffs last season, ending a three-year run, but the good news is that most of the key players from last year are back, including quarterback Tristan Robbins, receivers Damari Roberson and Keyshawn Summerville, lineman Keontae Watson and linebacker Jacob Wahlberg.

Mona Shores could have a big challenge against Canton, a team that has qualified for the state playoffs nine years in a row, including a semifinal appearance in 2015. The Detroit News is picking the Chiefs to win the Kensington Lakes Activities Association Black Division this season.

Like the Sailors, the Chiefs started off slow last year, losing their first two games. But then they got hot and finished with an 8-3 record. 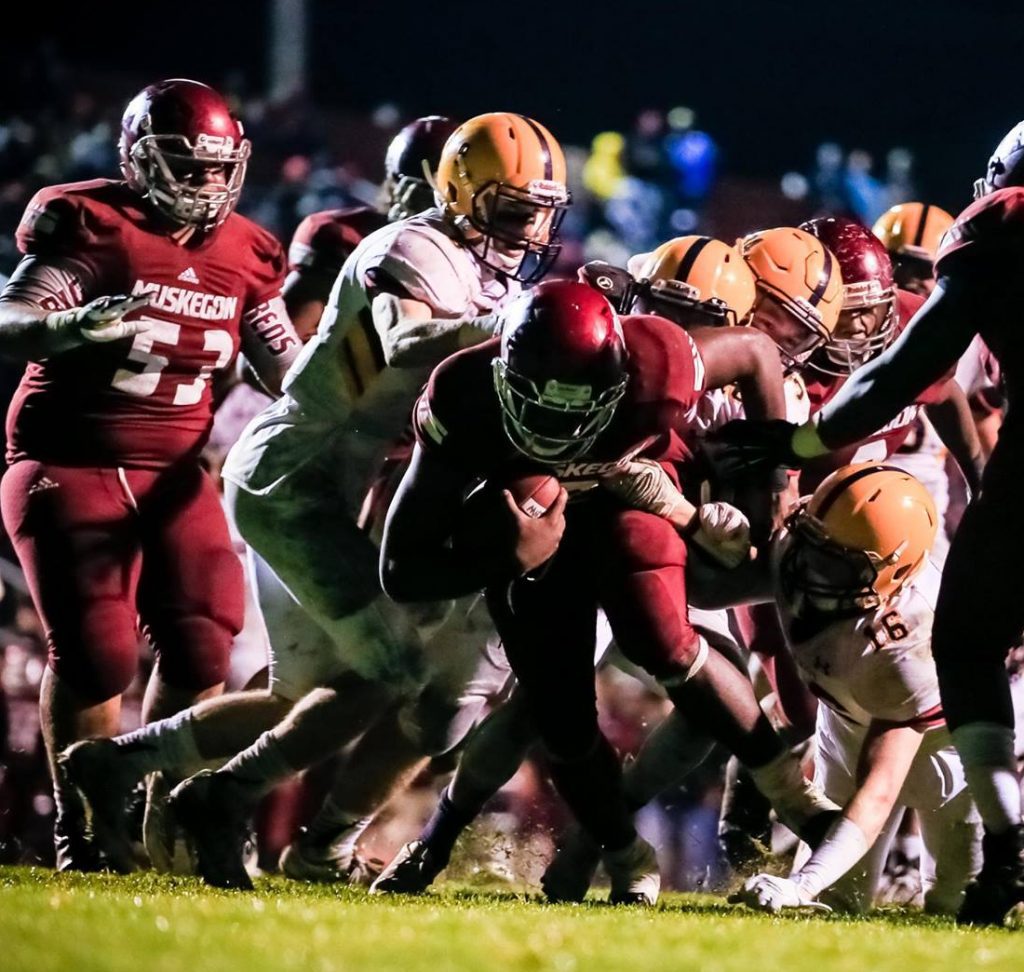 Muskegon is coming off another great season (12-2), making the playoffs for the 17th straight year and advancing to the Division 3 state finals, where it lost a 29-28 heartbreaker to Orchard Lake St. Mary’s in the final seconds.

The Big Reds graduated a lot of talent in the spring, including quarterback/slot receiver Kalil Pimpleton (Virginia Tech), but have plenty of weapons to fill the holes.

Senior quarterback La’darius Jefferson is back after amassing nearly 2,000 combined yards in passing and rushing last season in a limited role. Hulking offensive linemen like Antwan Reed and Anthony Bradford will clear the way for experienced skill position players like slot receivers CJ Jefferson and Davion McCall and running back Lonnie Clark.

Pioneer is coming off a sub-par 2016, when it posted a 3-6 record and missed the playoffs. But the Pioneers (yes, they are called the Pioneer Pioneers) lost two games by one point last fall and one by three points. They return five starters on offense and defense, including senior leading rusher Dexter Ferrell.

This opener was a thriller last season, with Grand Haven pulling out a 21-20 victory when Joey Zelenka scored a touchdown with 2:16 remaining. 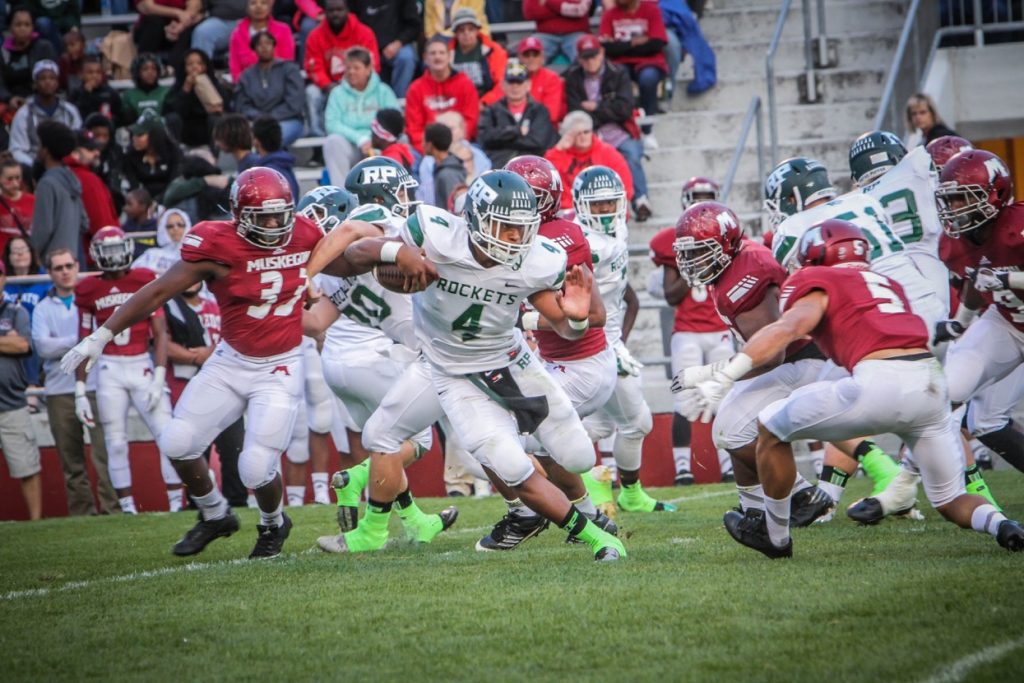 The Rockets answered with a TD in the final seconds, but a two-point conversion pass was called back on a penalty, and the ensuing extra point kick missed the mark.

Grand Haven has owned this series in recent years, winning the last five meetings, including games in 2014, 2015 and 2016. The last time Reeths-Puffer beat the Bucs was 1999.

Reeths-Puffer had a disappointing 4-5 record last season after losing a lot of key players to injuries. The Rockets return five experienced players on offense and four on defense. Going into camp, sophomores Logan Hekkema and Evan Moskwa were battling for the starting quarterback job. The Rockets will have experience at the wide receiver position, with seniors Cole Aerts and Brennan Johnson.

Grand Haven is coming off a 3-6 season and returns five experienced players on offense and six on defense. New head coach Joe Nelson will count on his son, senior quarterback Adam Nelson, to lead the offense. Running backs Malik Love and Charlie Young are expected to get a lot of carries.

Ravenna and Kent City have been opening the season against each other for years, and Ravenna almost always wins. In fact the Bulldogs have won 16 times in the last 17 meetings, with Kent City’s only win during that time coming in 2013. 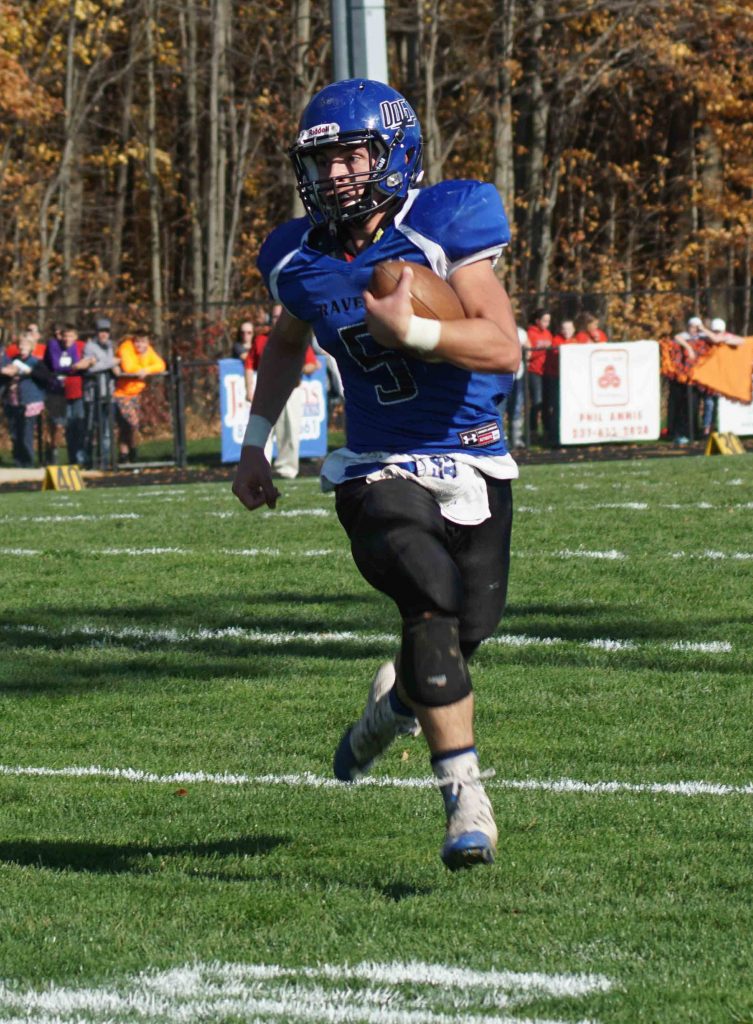 That stayed the same last year. Ravenna opened the season with a 28-8 win over the Eagles, then beat them again in the playoffs 20-7.

But Kent City’s program took a big step forward last year. After years of posting losing records, the Eagles went 8-3. So many people are expecting a very good game when the two squads match up on Saturday at Grand Valley State University’s Lubbers Stadium.

Ravenna, which overcame a so-so 3-2 start last season, made the playoffs and finished 9-3, will be without the services of star QB/running back/receiver David Thompson, who graduated last spring. The Bulldogs will count on other offensive weapons, like quarterback Cam Passenier, running back/receiver Brandon Millis and running back Gary Johnson.

This is a great early-season matchup between two teams with high hopes for 2017. North Muskegon started last season with four straight losses, but won its last five and returns a lot of talent from that squad. 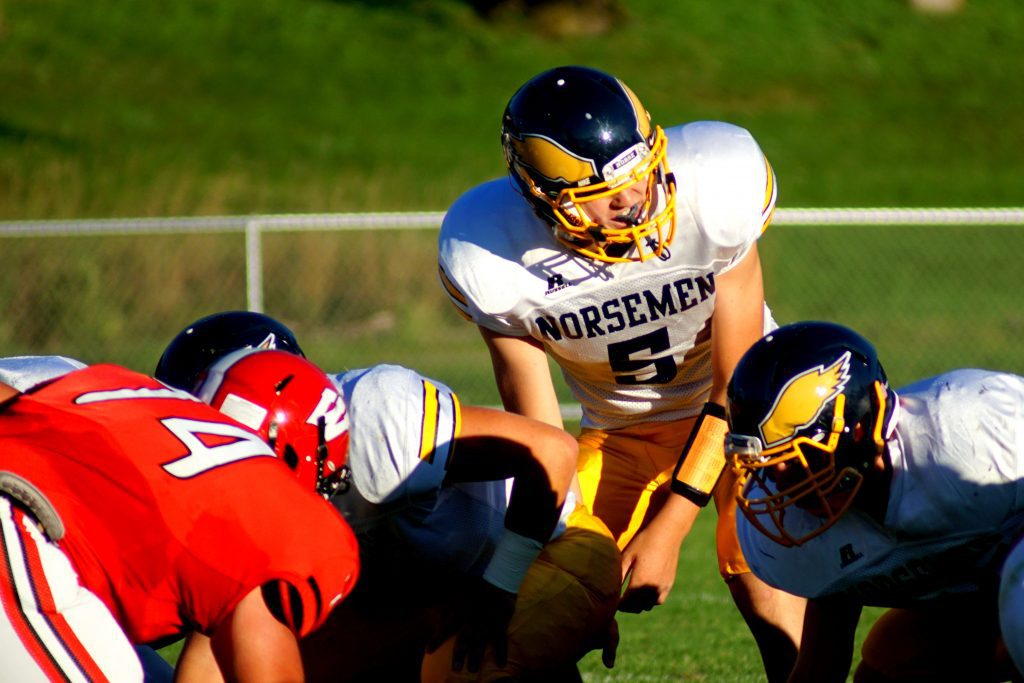 North Muskegon QB Jesse Cooke looks down the line before calling the play.

The Norse offense will be led by the returning quarterback duo of Jesse Cooke and Mack Young and promising running backs Chandler Edwards and Brett Huff.

Hesperia started off last season 1-2 under new coach Doug Bolles, but finished 5-4 in the regular season and qualified for the playoffs, before losing in the first round. The Panthers, who will feature a new spread offense this fall, will count on a new quarterback, Jacob Klemundt. He will be surrounded by plenty of experienced teammates, including senior receivers Kade Witte, Garrit Yates and Scott Peters.