GRAND HAVEN – It was a long time coming for the Reeths-Puffer football program.

The Rockets were out to end a five-game losing streak to Grand Haven that spanned 18 long years.

They accomplished their goal with a big second half on Thursday night. They overcame a three-point deficit and ended up claiming an impressive 28-10 victory over the host Bucs on the opening night of high school football.

Reeths-Puffer secured the victory by outscoring the Buccaneers 21-0 during the second half.

“The first half we were feeling each other out, as week ones go, but our kids settled in nicely, especially our young ones,” said Reeths-Puffer Coach Kyle Jewett. “Our kids battled it out and came out with the ‘W’. 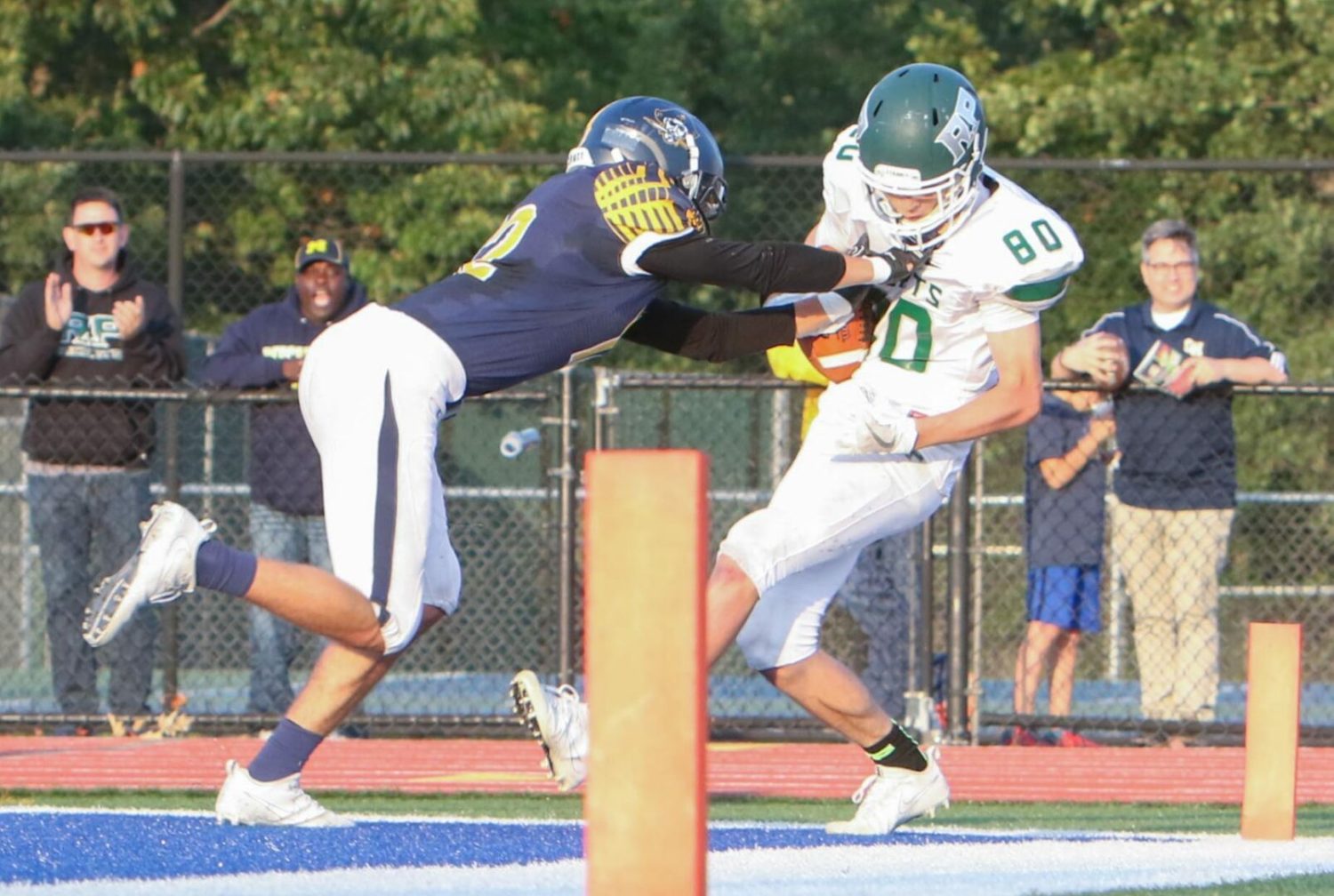 “It feels great to get this win. It’s always a battle with Grand Haven and I thought our coaches did a great job to adapt to their game plan.”

Grand Haven opened the scoring on its second possession with a 37-yard field goal by Jake Thayer on the final play of the first quarter.

The Rockets responded with 3:54 left in the second quarter, scoring on an 80-yard touchdown drive. It ended with an eight-yard touchdown completion from sophomore quarterback Evan Moskwa to junior wideout Carter Fulton, giving Reeths-Puffer a 7-3 advantage.

The Buccaneers quickly regained their lead with 28 seconds left in the first half on a 12-yard touchdown pass from Adam Nelson to Kellum Bridgeforth.

The Rockets grabbed a 14-10 lead on their first possession of the second half on a five-yard touchdown run by Nicholas Dailey. 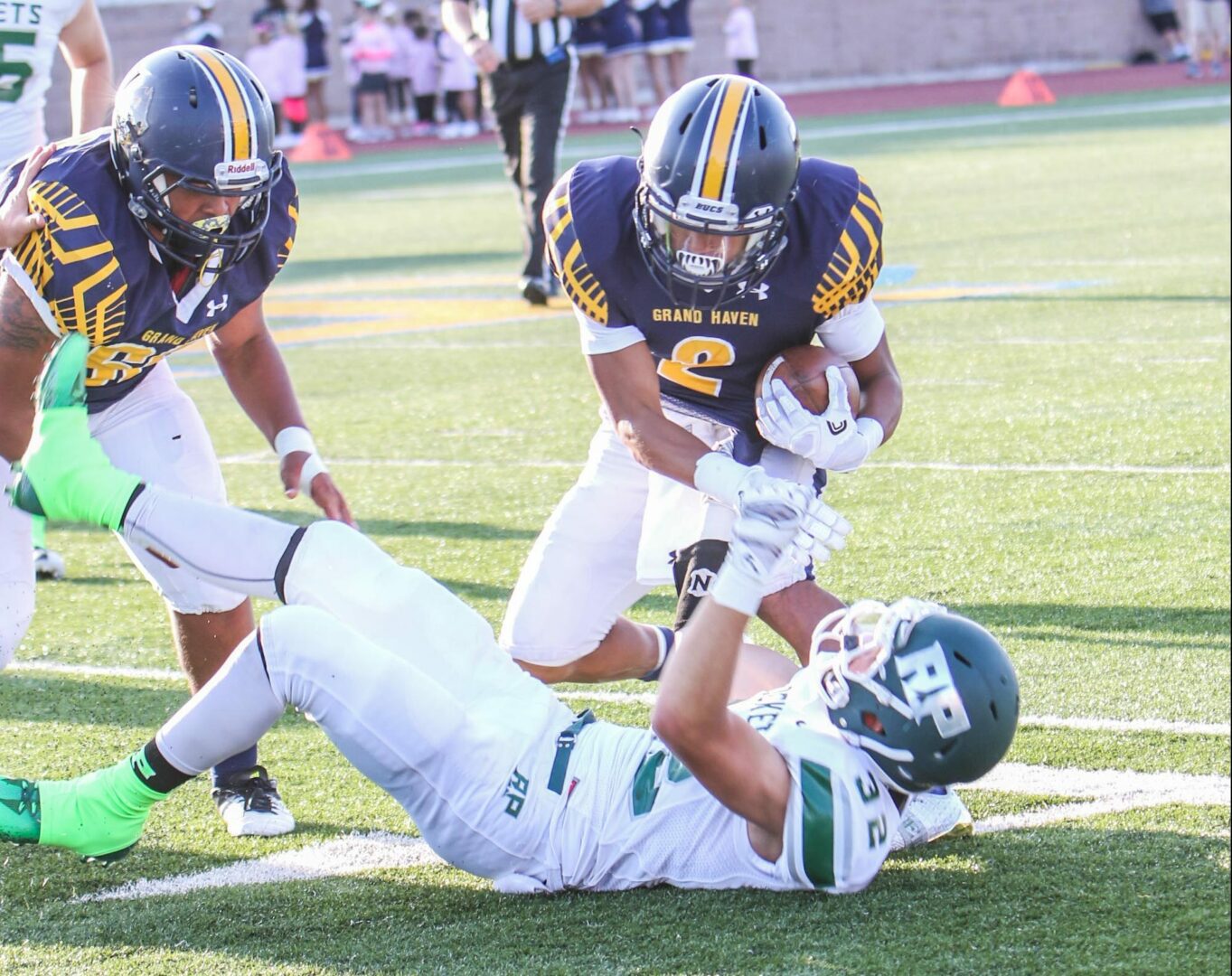 Grand Haven’s No. 2 Malic Love gets tied up on the rush by Reeths-Puffer’s Cole Aerts. Photo/Joe Lane

The Buccaneers fumbled just inside the R-P 35-yard line on their next possession.

Reeths-Puffer took advantage, scoring on a 40-yard quarterback keeper by Moskwa to increase its lead to 21-10 with 9:35 left in the fourth quarter.

The Rockets closed out the scoring with 3:52 remaining on a 19-yard touchdown run by Daven Fox.

Moskwa threw for 109 yard on 10-for-19 passing and one touchdown, while rushing for another 73 yards. Fulton caught five passes for 75 yards.

“It means a lot to us to get the win tonight,” said Moskwa, who made his first start at the varsity level. “Our line did a really good job, so I thank them.”

Grand Haven was led by Nelson, who threw for 123 yards on 11 completions. Bridgeforth caught four passes for 74 yards while Charlie Young rushed for 70 yards on 20 carries.

“We didn’t take care of the football like we wanted to,” said first-year Grand Haven Coach Joe Nelson. “We also got out of our element too fast, because they (Reeths-Puffer) did a nice job.”

The Rockets will host Orchard View next Friday while Grand Haven will travel to Traverse City West on Thursday. 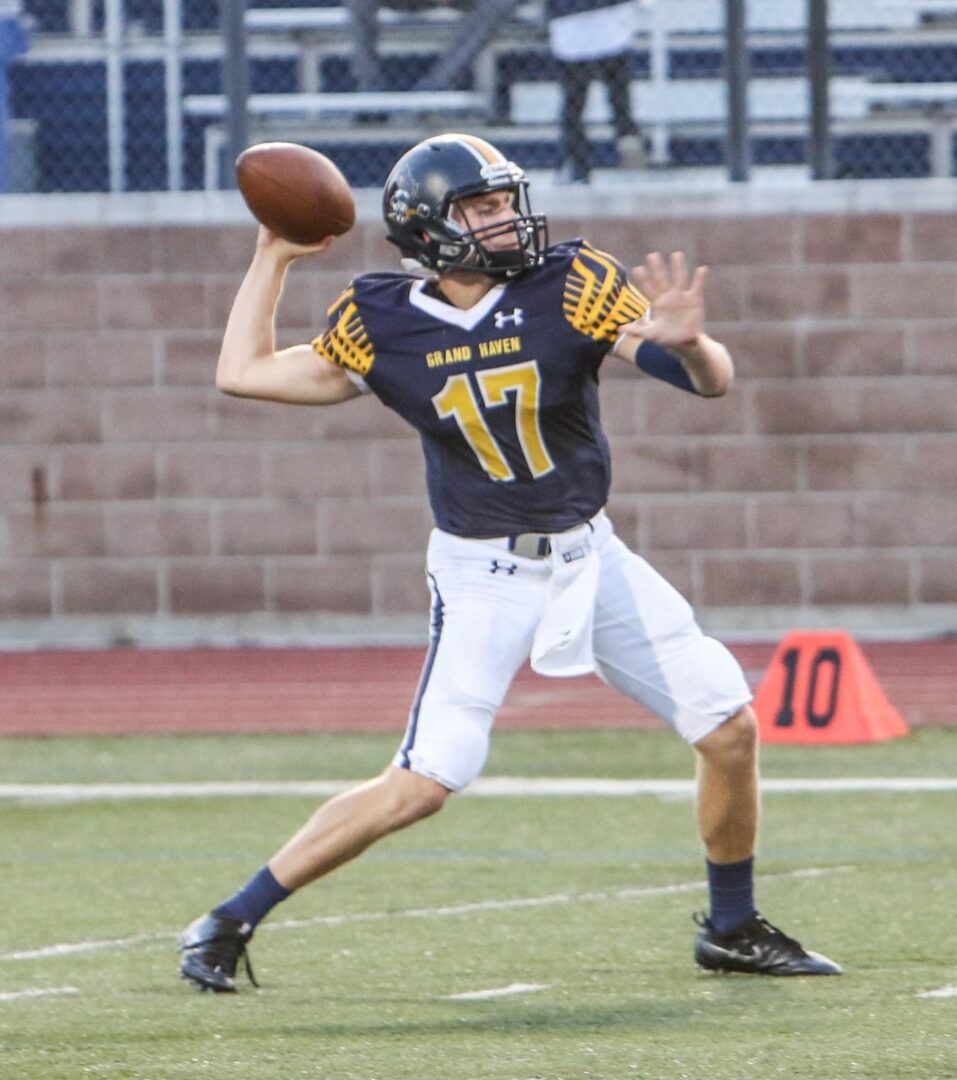 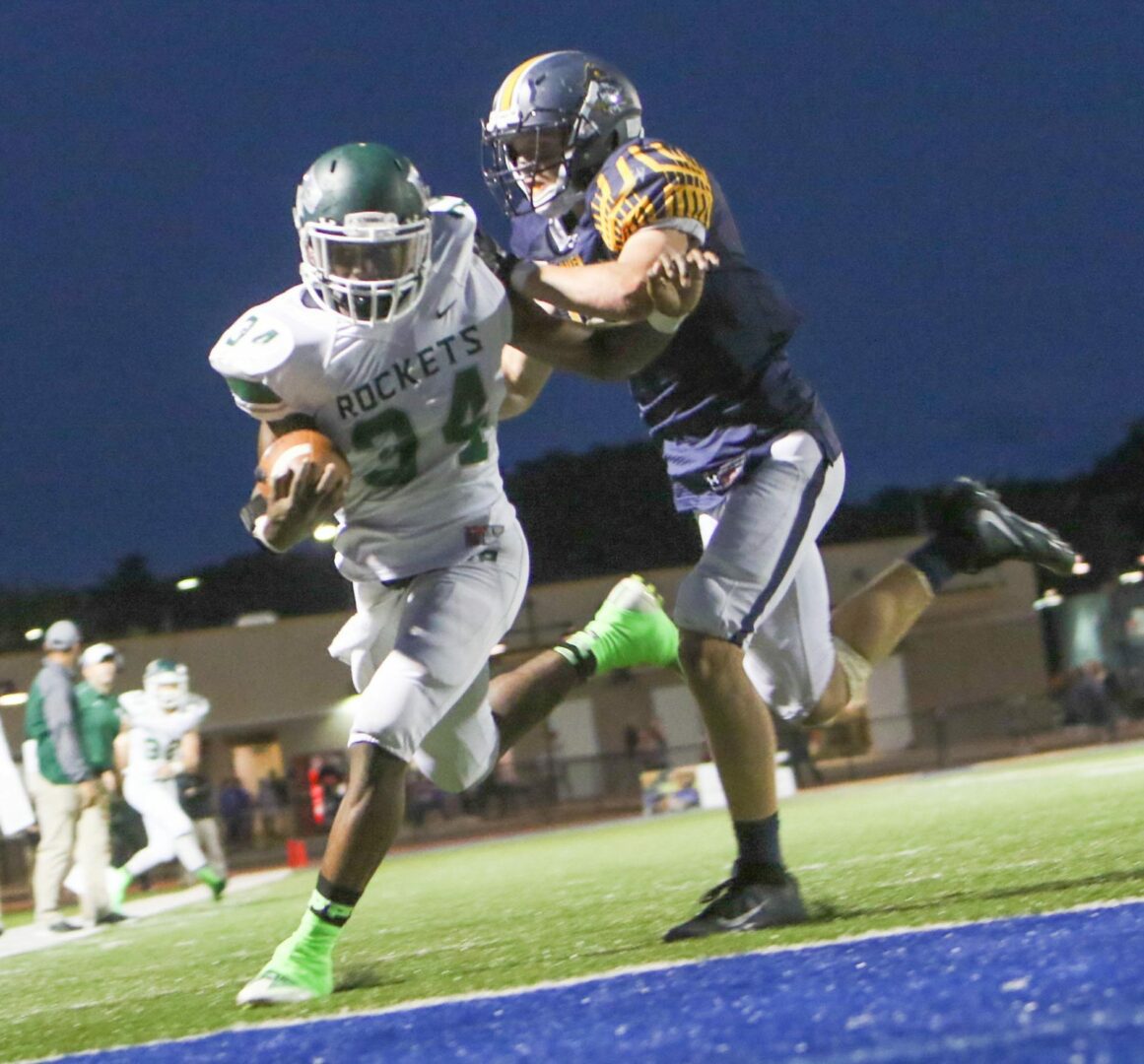