FRANKFORT – Overall, the Muskegon Catholic Central football team had to shake off a little rust in its season opener Friday night in Frankfort.

But sophomore quarterback Cameron Martinez seemed to be in midseason form, rushing for 217 yards and leading the Crusaders to a convincing 31-6 victory over a very tough Frankfort squad on its home field.

Martinez rushed for two dramatic touchdowns and threw for a third one. He added a one-handed interception on defense, just for good measure.

“He can handle it all,” said MCC Coach Steve Czerwon, whose team kicked off its quest for a fifth straight state championship. “He doesn’t lack confidence. He doesn’t lack in ability or leadership. He’s just outstanding. It’s nice to have kids who can make plays.” 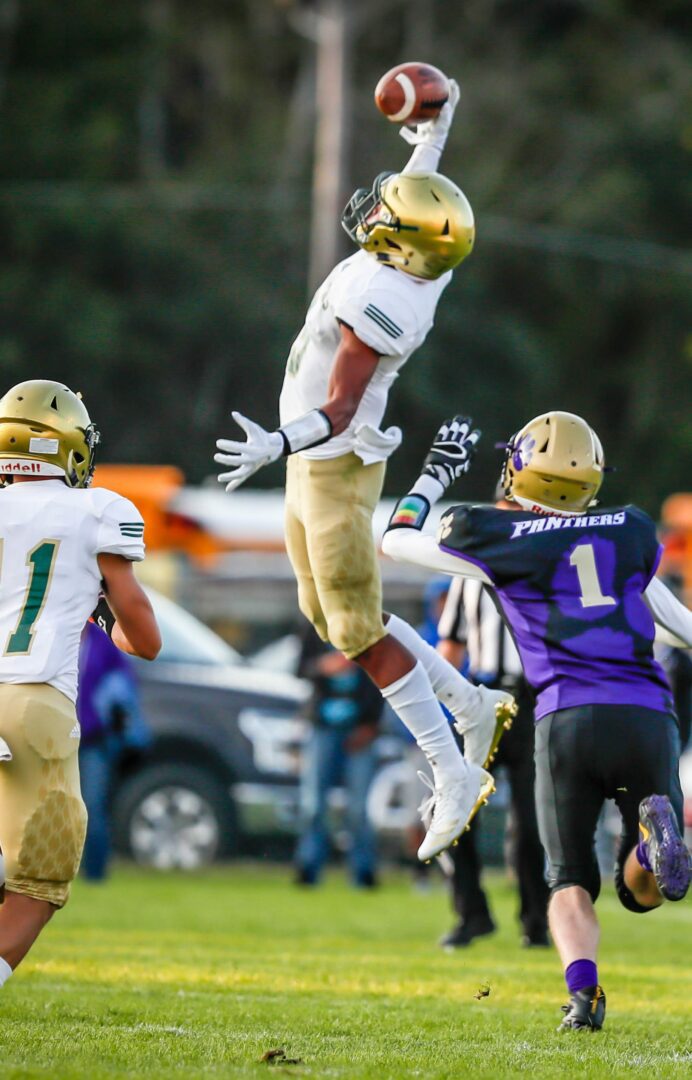 Cameron Martinez hauls in the interception for MCC that stopped a Frankfort first-half drive. Photo/Tim Reilly

The Crusaders came out sputtering on offense in the first half. They were called for five penalties for 40 yards in the first two quarters, and the passing game was hampered by several drops.

MCC’s only first half reception was a touchdown, which came with 30 seconds left in the first quarter. Martinez found Riley St. Amour in the end zone for a 10-yard touchdown pass, which capped a 13-play, 57-yard drive that took 7:36 off the clock.

Both teams struggled in the second quarter. They exchanged turnovers, and MCC clung to its 7-0 lead at halftime.

Junior Dawson Steigman ran for 51 yards and scored a three-yard TD on the Crusaders’ first drive of the third quarter.

It was 14-0 when super sophomore Martinez, who already has scholarship offers from Division I colleges, took over from there.

He started by turning a fourth down-and-inches situation into six points. He slid off tackle, spun back to the middle and outran the frustrated Panthers defenders for a 29-yard TD.

That stellar run turned a close game into a 21-0 MCC lead with 4:25 left in the third quarter.

Panthers standout running back Griffin Kelly, who was held to 53 yards on 16 carries, had a one-yard touchdown run late in the third quarter. A failed two-point conversion attempt left MCC on top 21-6. 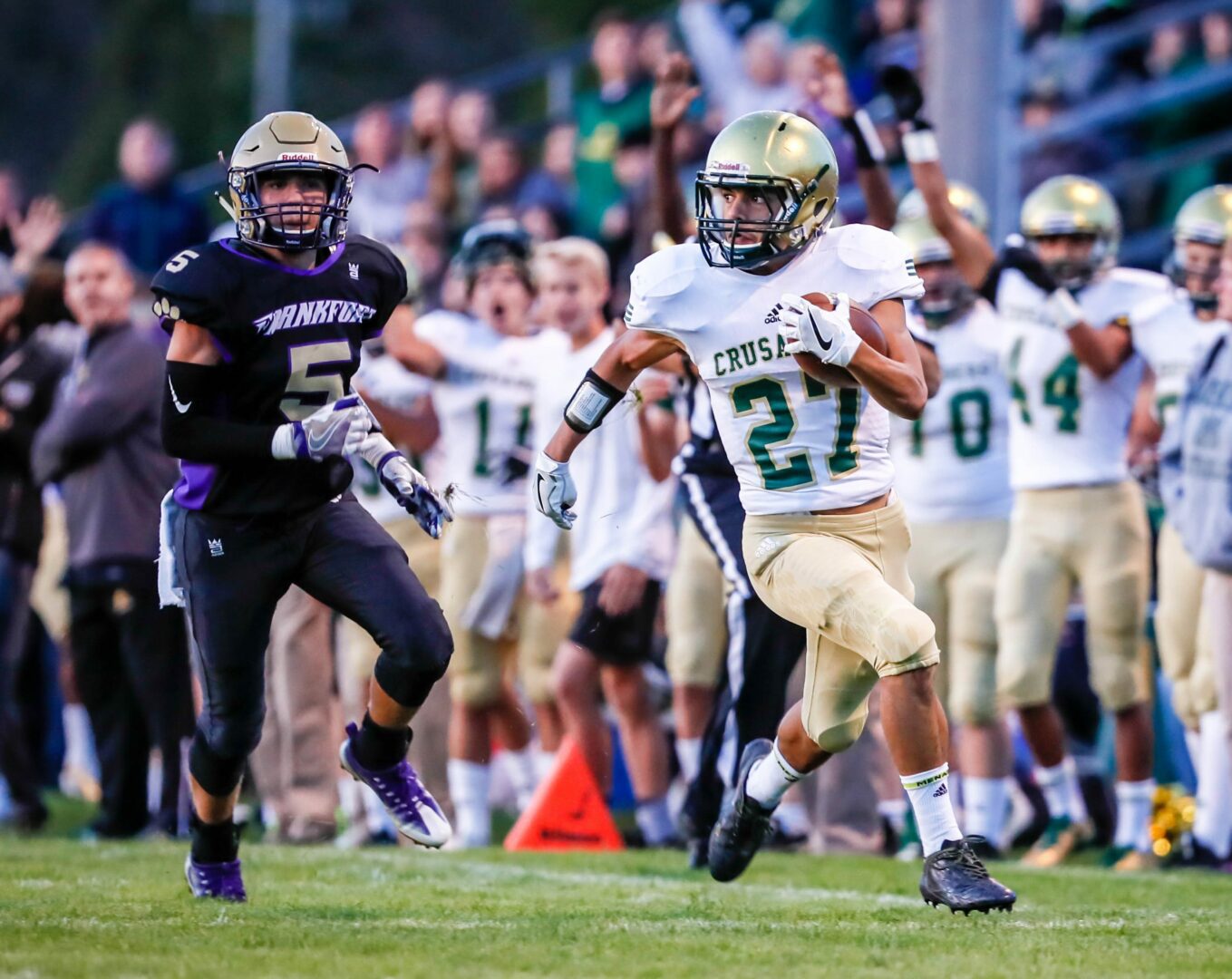 Riley St. Amour rushes the ball up the middle for the Crusaders. Photo/Tim Reilly

But Martinez needed just one play to put the Panthers back in their place. He faked a handoff and turned up the field for a 57-yard scamper and his second touchdown of the third quarter.

MCC senior kicker Caleb Muskovin, who was 4-for-4 in extra point attempts, capped the scoring in the fourth quarter with a 35-yard field goal.

Martinez, who shared quarterback duties last season, said his command of the position has improved after a year of experience at the varsity level.

“Last year things came at me kind of quicker, faster,” he said. “Now I’m able to slow down and it’s worked out. Tonight I was very poised.”

Meyers completed 9 of 20 passes for 177 yards for Frankfort.

MCC will host Orchard View next Friday in a Lakes 8 Conference game.

Tommy Watts looks for room on the run up the middle. Photo/Tim Reilly 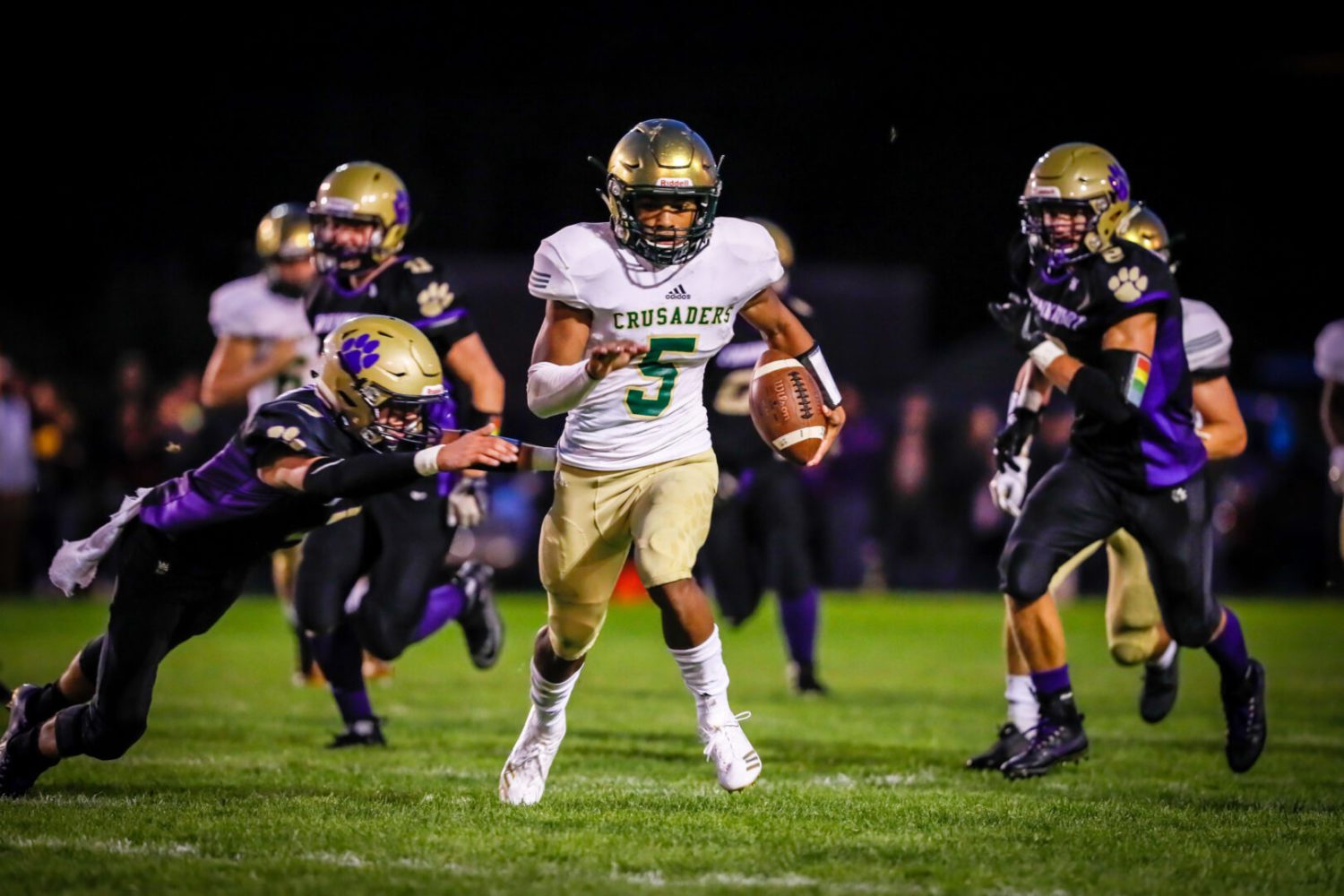 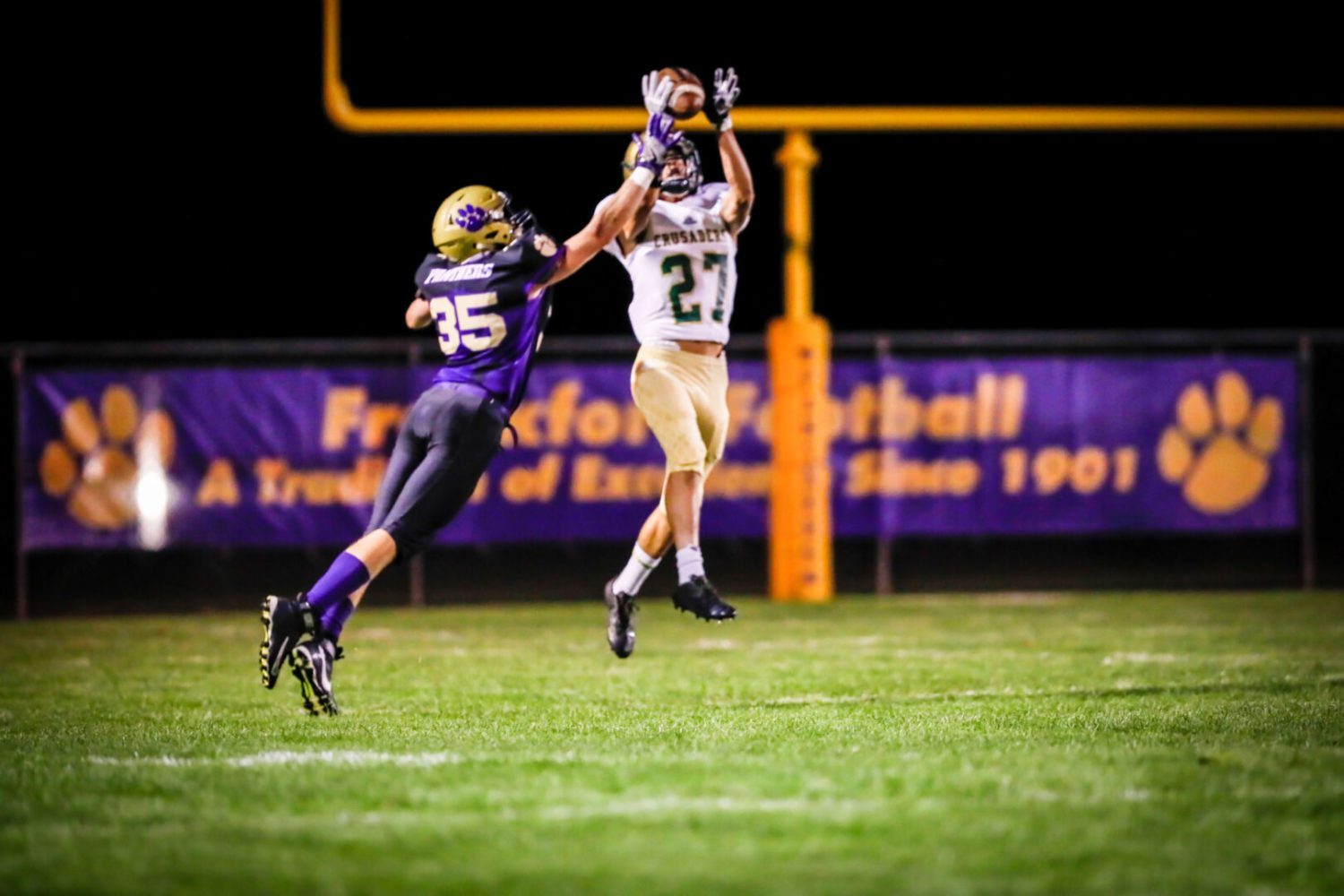 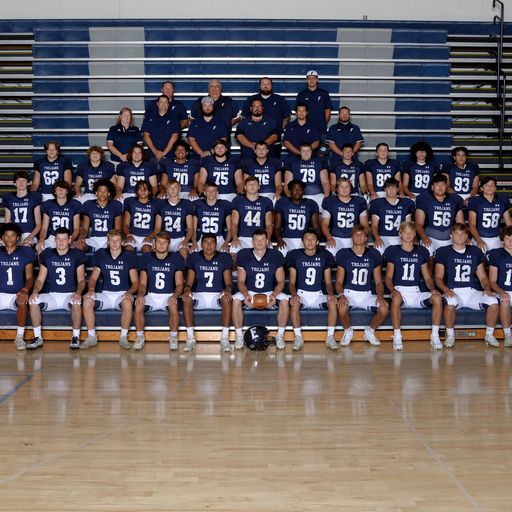