Conference championship, after splitting the title in 2016 with Mona Shores and Jenison.

That goal took a hit on Tuesday when the Trojans lost in three sets to Jenison, another contender for the league crown. 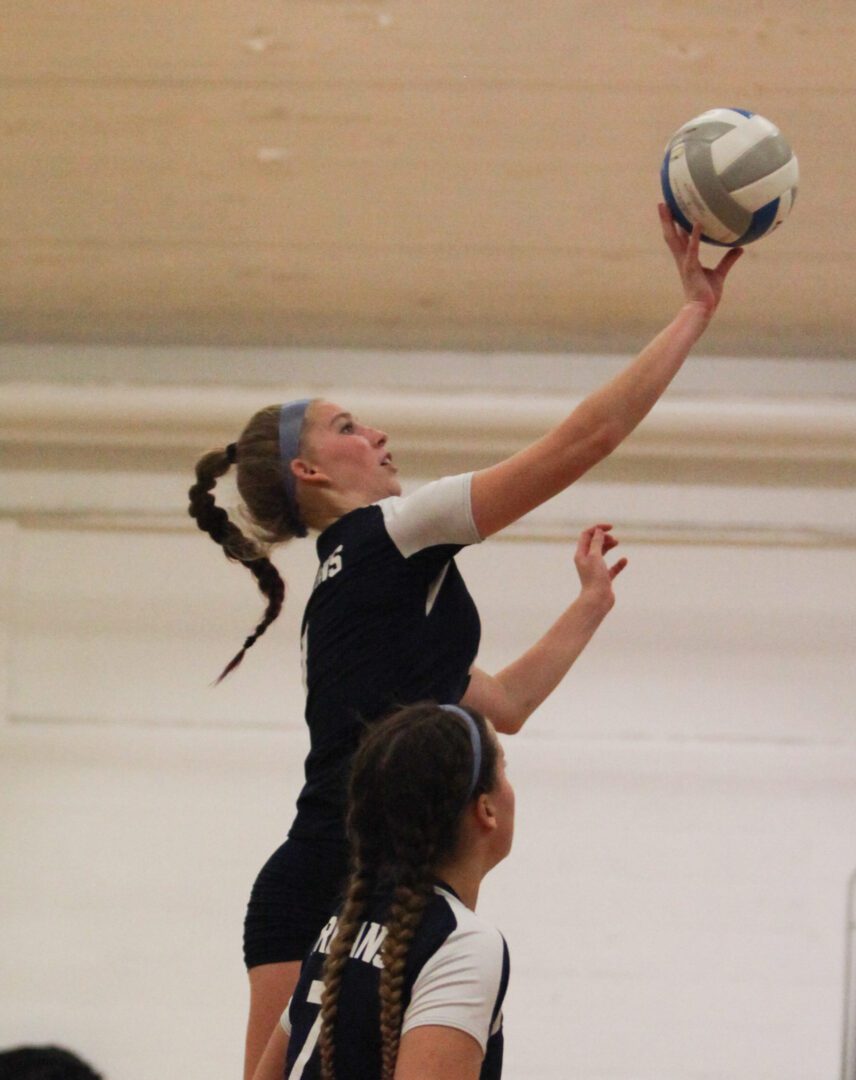 Jordyn Carlyle touches the ball over the net for Fruitport. Photo/Jason Goorman

“It’s a major problem,” said Fruitport coach Nicole Bayle about the loss. “I said to our kids that our goal of winning the conference solely is gone. It can’t happen.

“So we’re going to move on to our next goal, and hope to win the rest of our conference matches and split the title.”

The Trojans may have experienced a tough loss, but at least they went down fighting.

Jenison jumped out to an 11-4 lead in the third and final set and appeared to be headed for an easy sweep. But Fruitport responded by going on a 14-6 run to take an 18-17 lead.

The Trojans eventually went ahead 20-18, before the two teams went back and forth in a marathon set that lasted for an incredible 74-points. Jenison ultimately prevailed, 38-36, and sewed up the match.

“I think that was a great battle at the end,” said Bayle about her team’s effort in the final set. “But we didn’t represent ourselves well tonight as far as how we’re capable of playing. We have to learn how to put games away.” 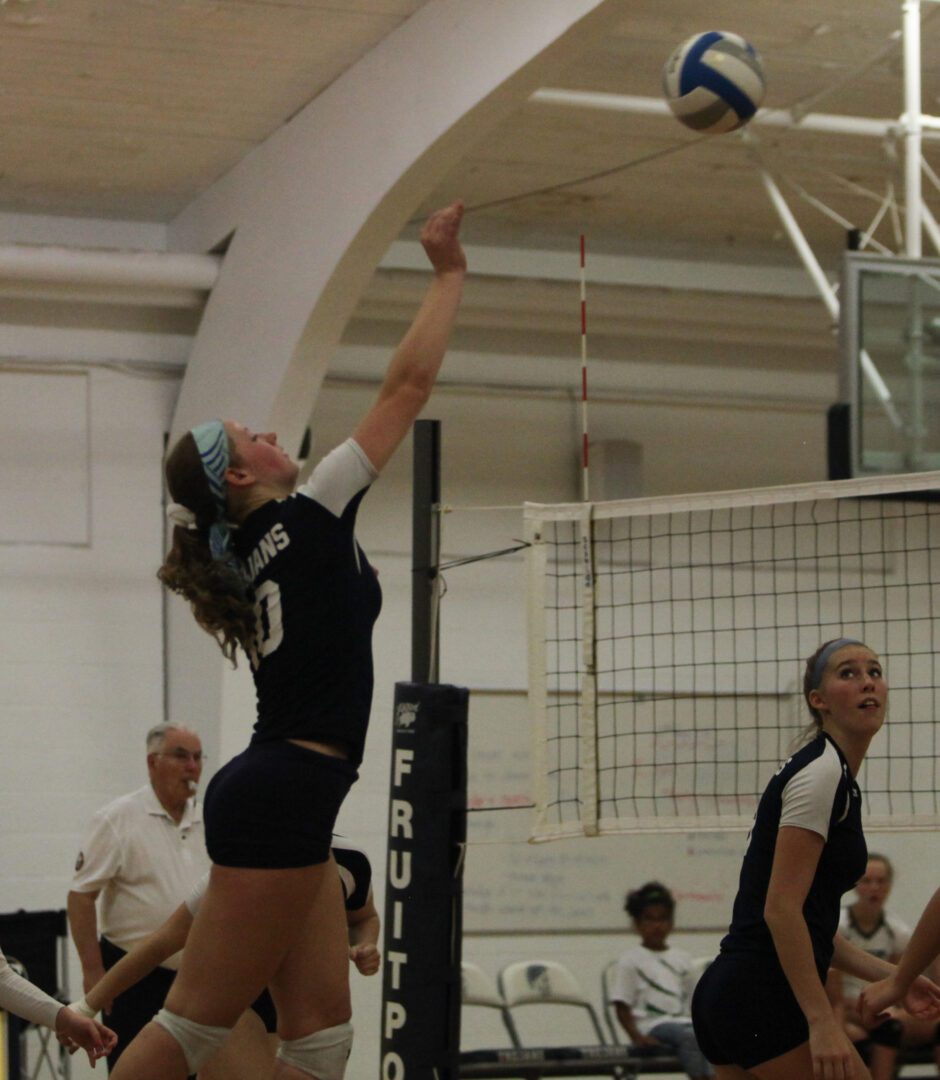 Kylie Oberlin sends the ball over the net for Fruitport. Photo/Jason Goorman

“I thought the resilience from both teams was amazing,” she said. “There weren’t many mistakes made at the end, and the teams were putting balls away. It was fun to see them fight and battle.”

Kylie Oberline paced the Trojans with 13 kills while Rachel Paulsen added 10. Kailey Carmean had 40 assists and Trinity Busscher had 28 digs.

Jenison was paced by Allison Blood and Aubrey Wrubel with 17 kills apiece.

Bayle said her team will remain focused on its goals, with so much of the season still ahead.

“I think it’s important for us to look at the long-term goals and the effort we need to give to get there,” she said. “We still have a lot of our season left to prove ourselves, and we need to get on that.” 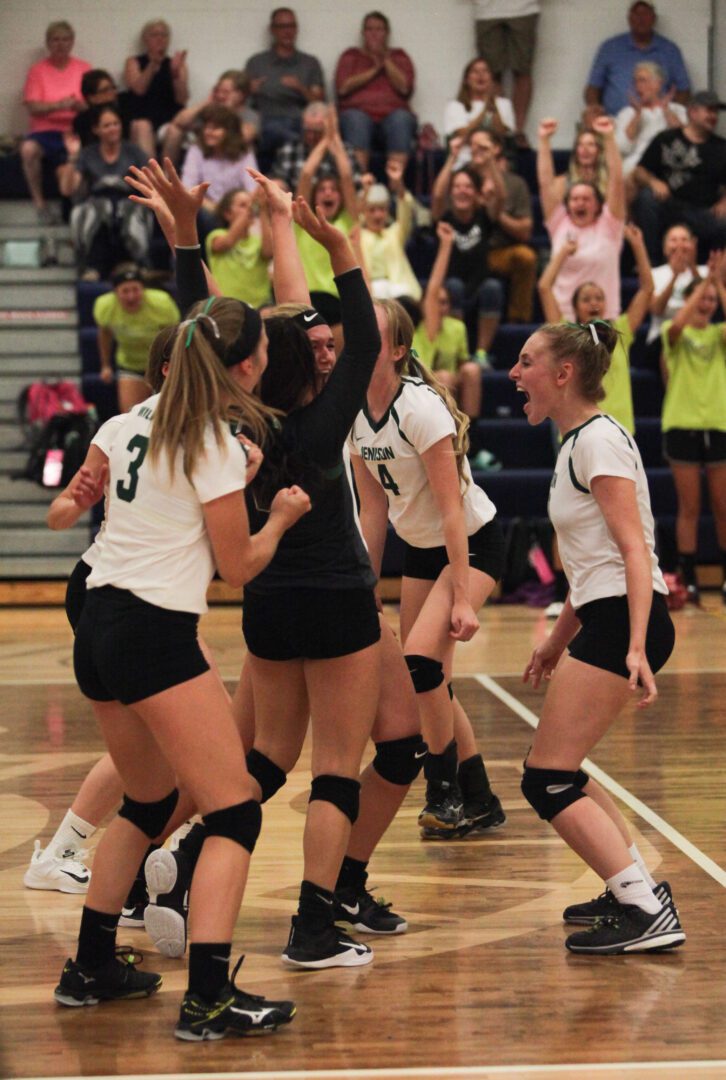 Jenison celebrates after earning the Game 3 win and the match. Photo/Jason Goorman 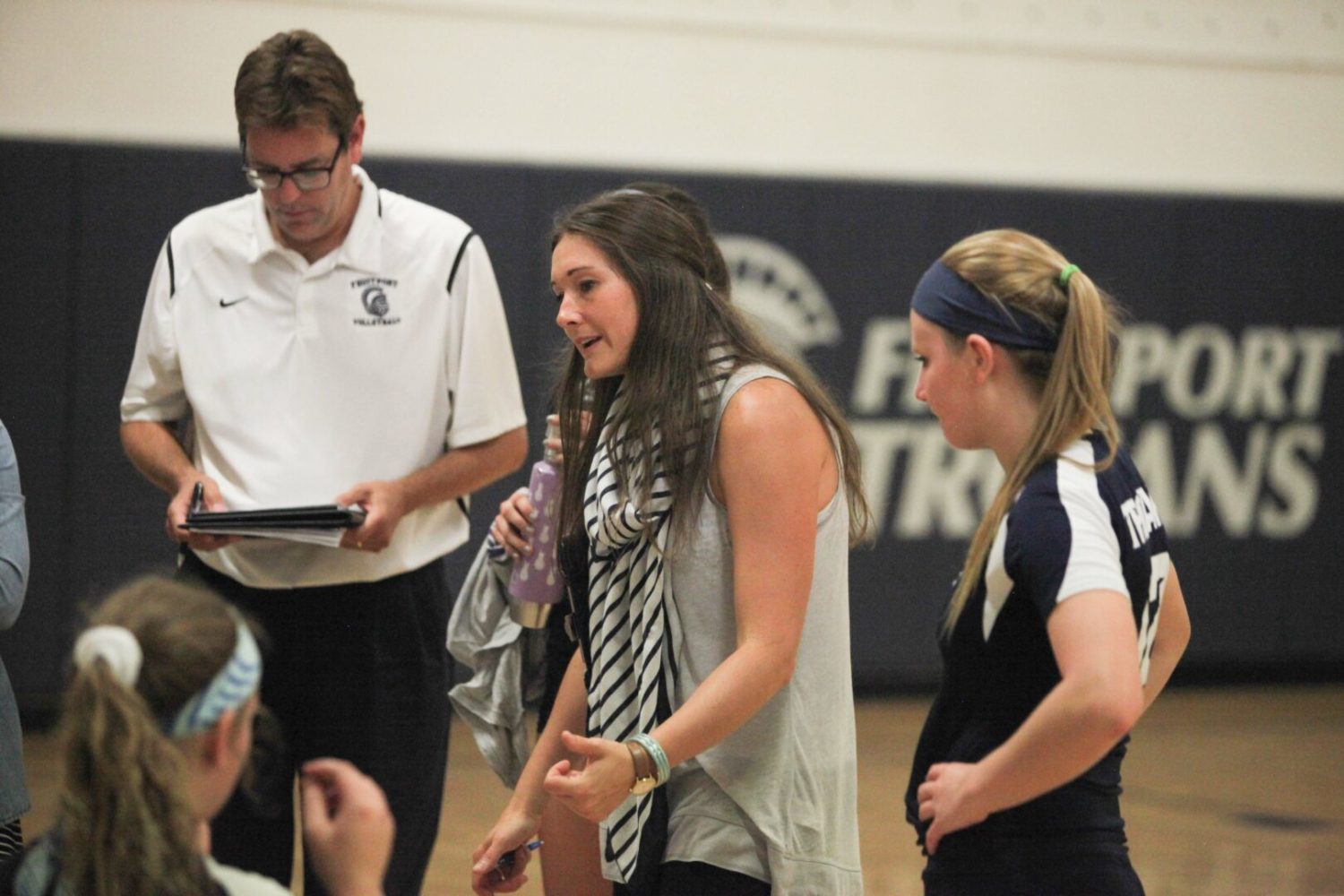 Fruitport Coach Nicole Bayle talks with her team during a time out. Photo/Jason Goorman 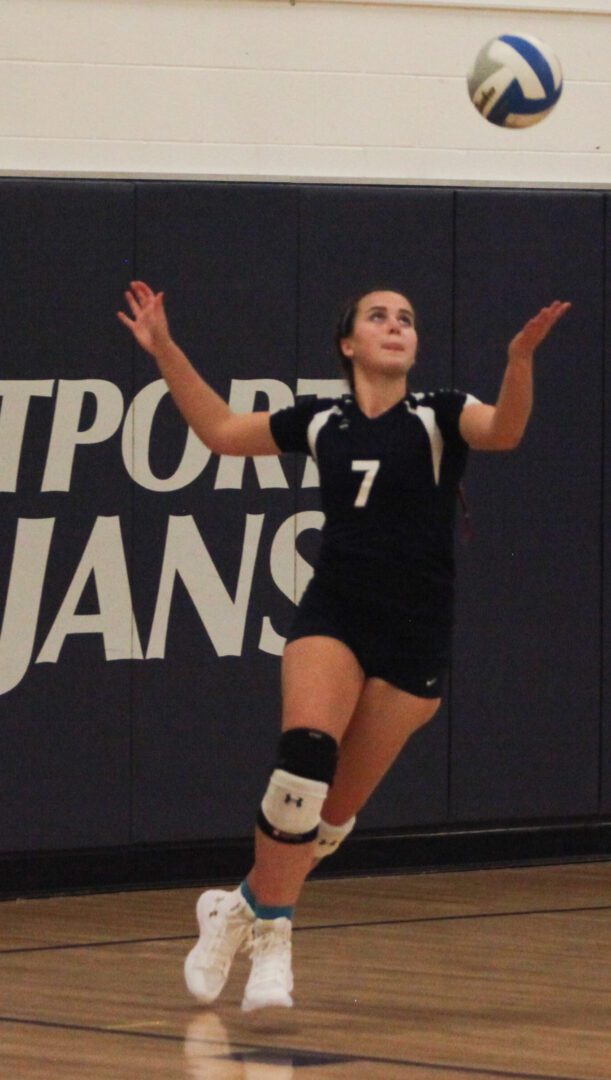 Kailey Carmean gets ready to serve the ball for Fruitport. Photo/Jason Goorman 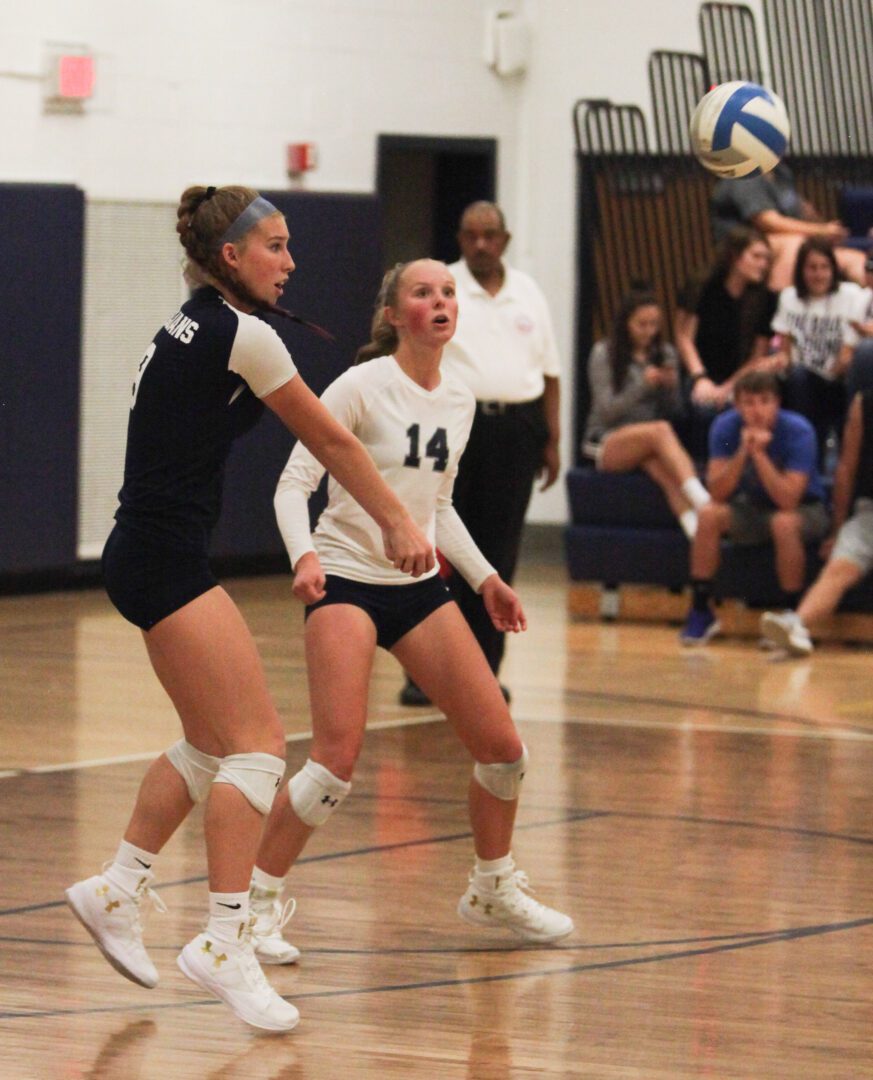 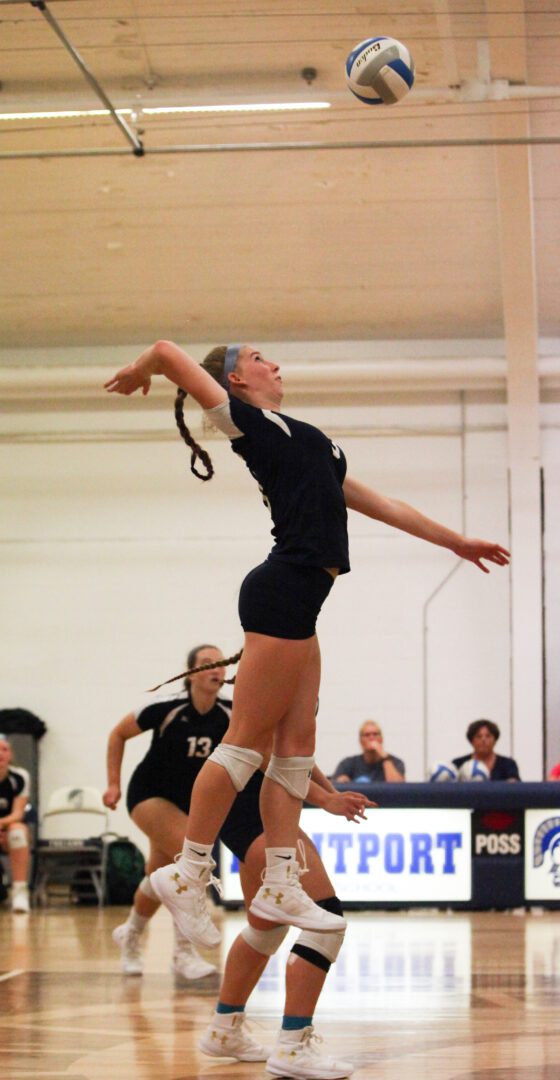 Jordyn Carlyle gets ready to spike the ball for Fruitport. Photo/Jason Goorman 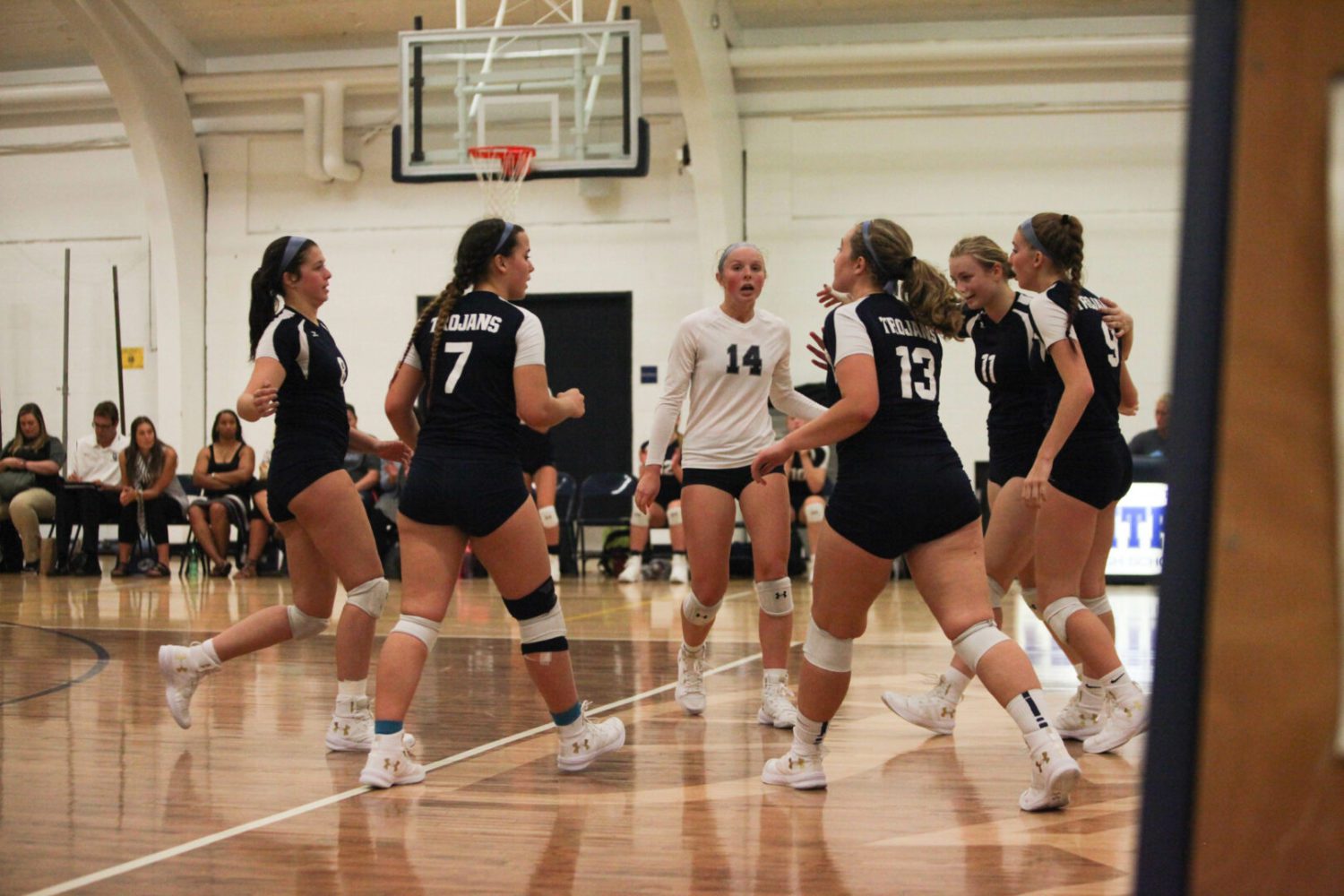 Fruitport gather in the middle of the court after a point. Photo/Jason Goorman 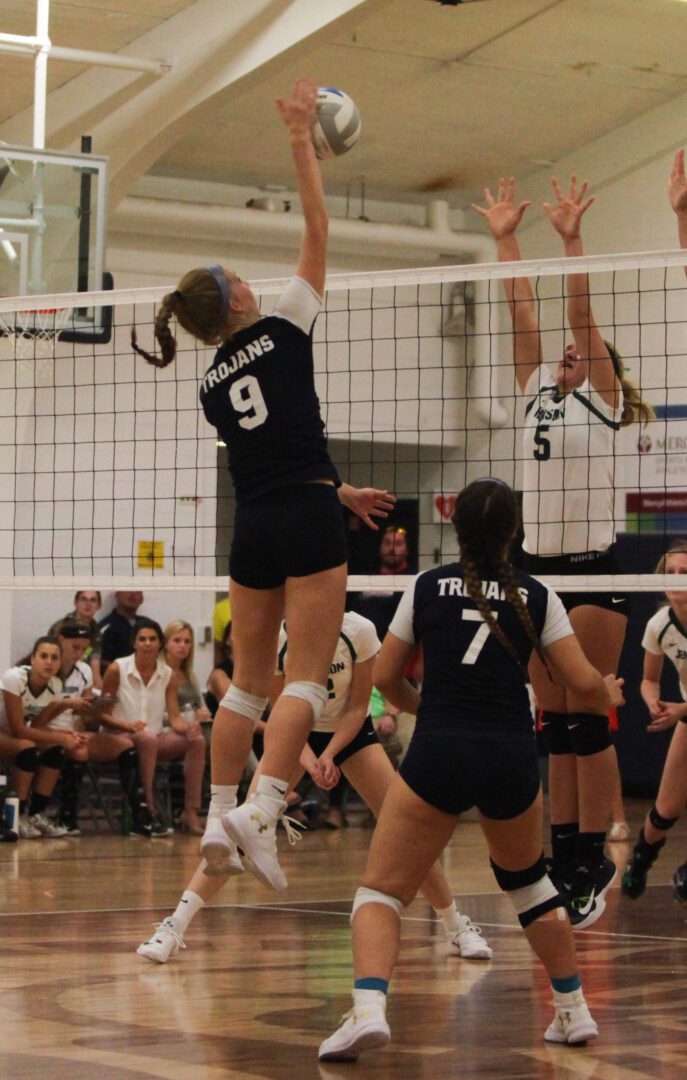 Fruitport’s No. 9 Jordyn Carlyle spikes the ball past Jenison’s No. 5 Many Tease. Photo/Jason Goorman 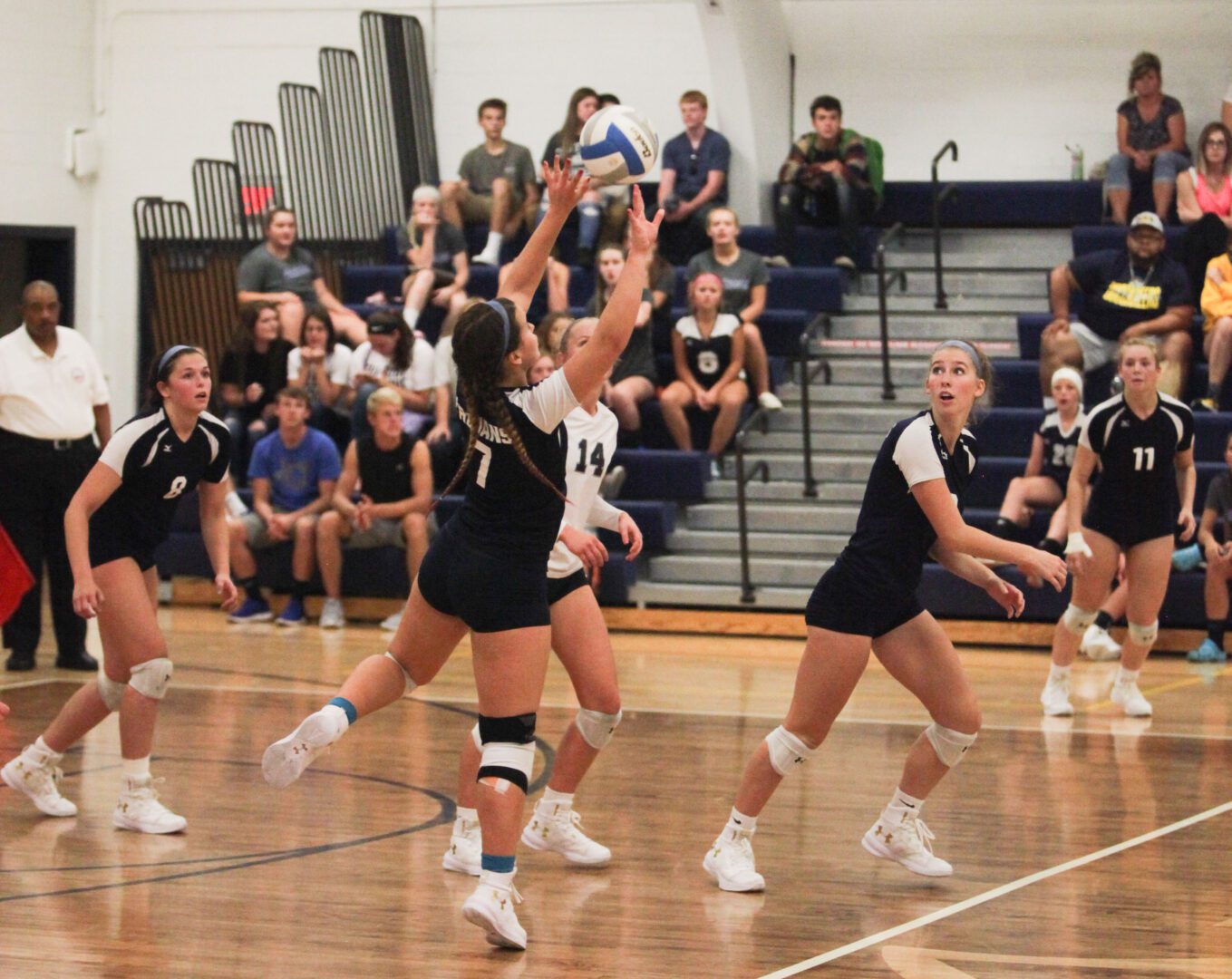 Fruitport’s No. 7 Kailey Carmean sets up Jordyn Carlyle at the net. Photo/Jason Goorman