NORTON SHORES – The Reeths-Puffer volleyball squad knew it had a challenge on its hands Tuesday,

But the Rockets showed no fear and took advantage of a struggling Sailors team in a long match. 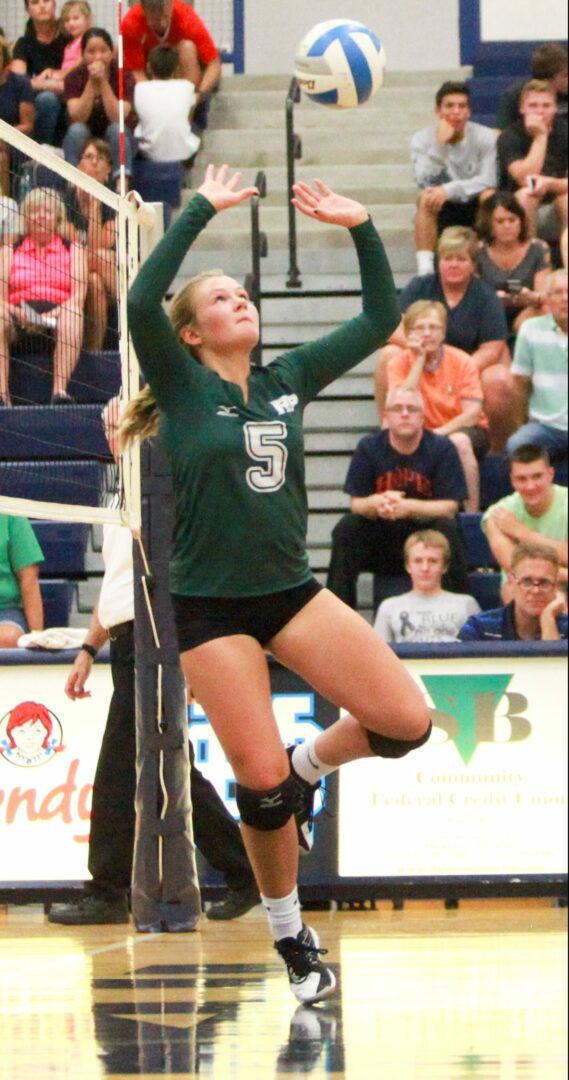 The two teams took turns winning the first four sets, then the Rockets outlasted the Sailors 15-6 in the fifth to claim a 3-2 O-K Black Conference victory in front of a big crowd.

Neither team wanted to give up in the five-set affair, which was played in the muggy Sailor gym.

Reeths-Puffer opened with 25-15 win, before failing by the same score in the second set. The Rockets regained their advantage, winning a close third set 25-23, then Mona Shores won the fourth set 25-19.

The Rockets gained the advantage in the decisive fifth set by scoring the first five points. The outburst was sparked by a five-point service run by Anna Young.

Cam Vanderleest helped the Rockets seal the victory with three kills down the stretch.

“We play in a tough conference, and you always have to play tough to succeed,” Crane said after watching his players pull together and nail down the win. 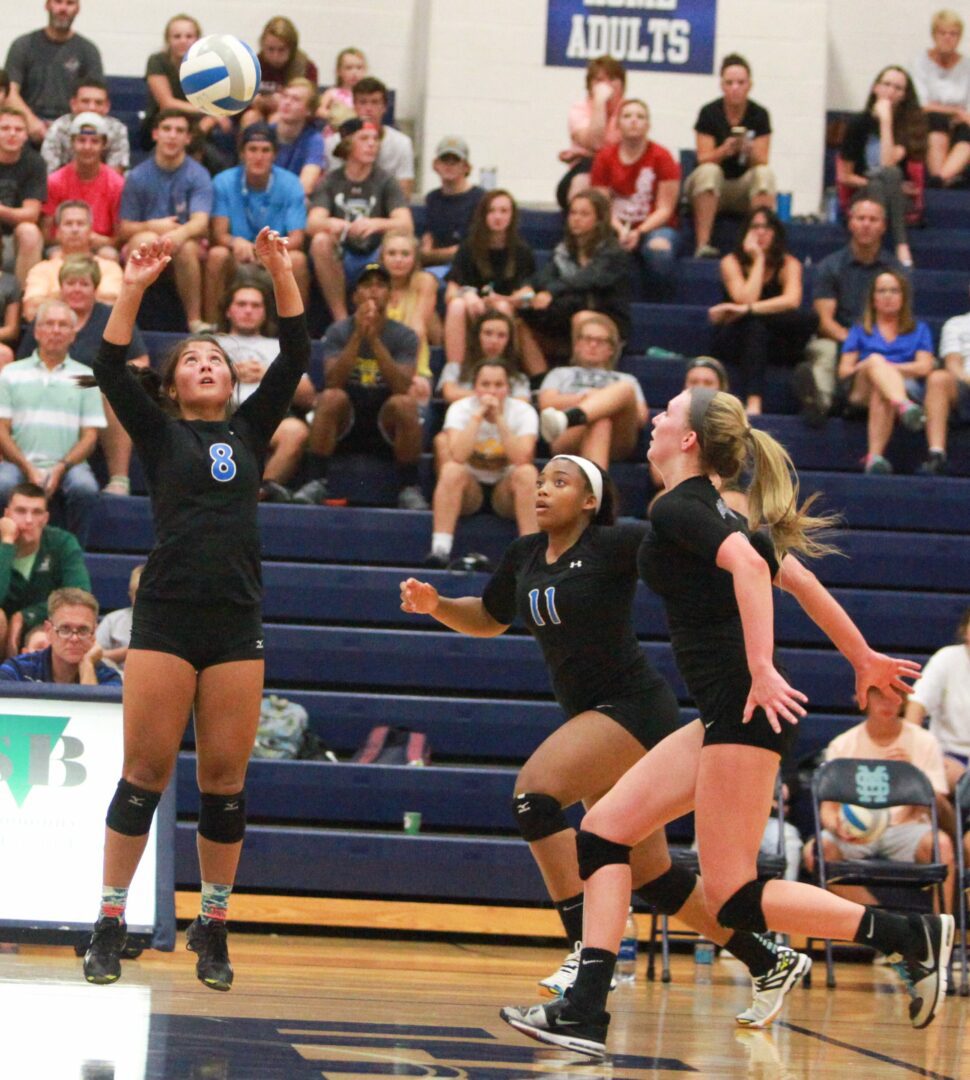 Mona Shores never got closer than four points in the final set. The Sailors were hurt by six unforced errors with the match on the line.

“I was hoping for some better play,” said Mona Shores coach Jim Vanderwall. “I give credit to Reeth-Puffer. They played hard and tough.”

The Rockets are now 3-2 in O-K Black play. Their overall record was not available.

Grace Hellman led the Sailors with 12 kills and Suriya VanderOord had 29 assists. Sasha Poland had a 48-dig performance for Mona Shores.

Mona Shores fell to 11-13 on the season and 3-2 in conference competition.

Anna Young goes for the kill for Reeths-Puffer. Photo/Jason Goorman 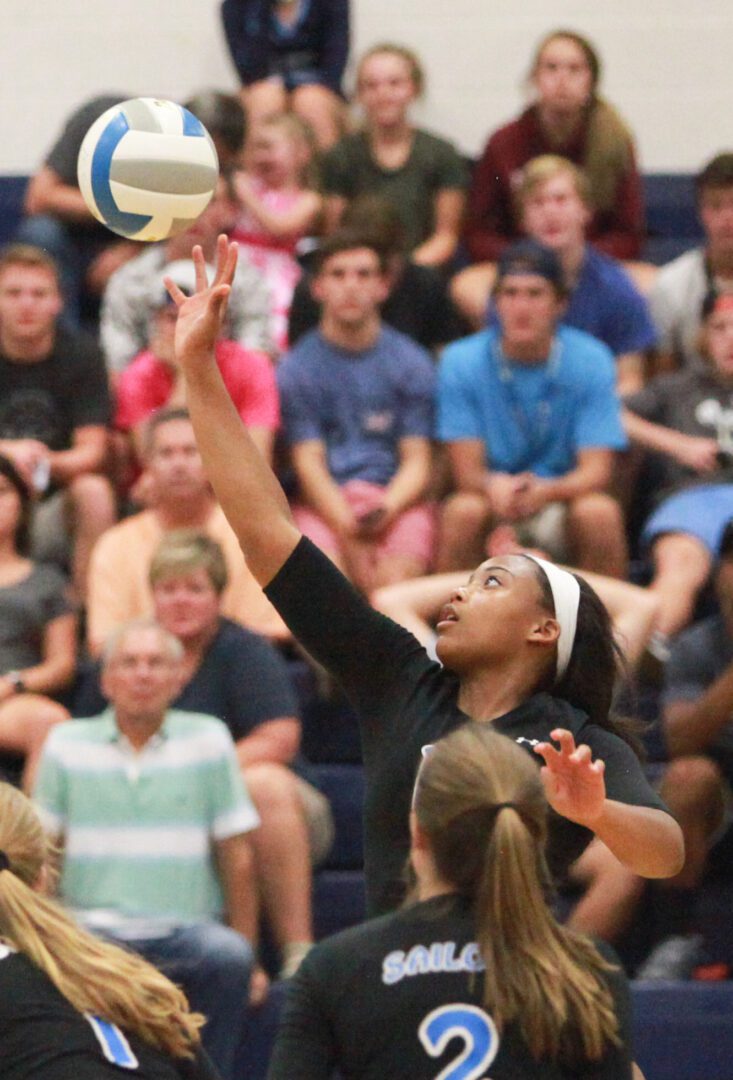 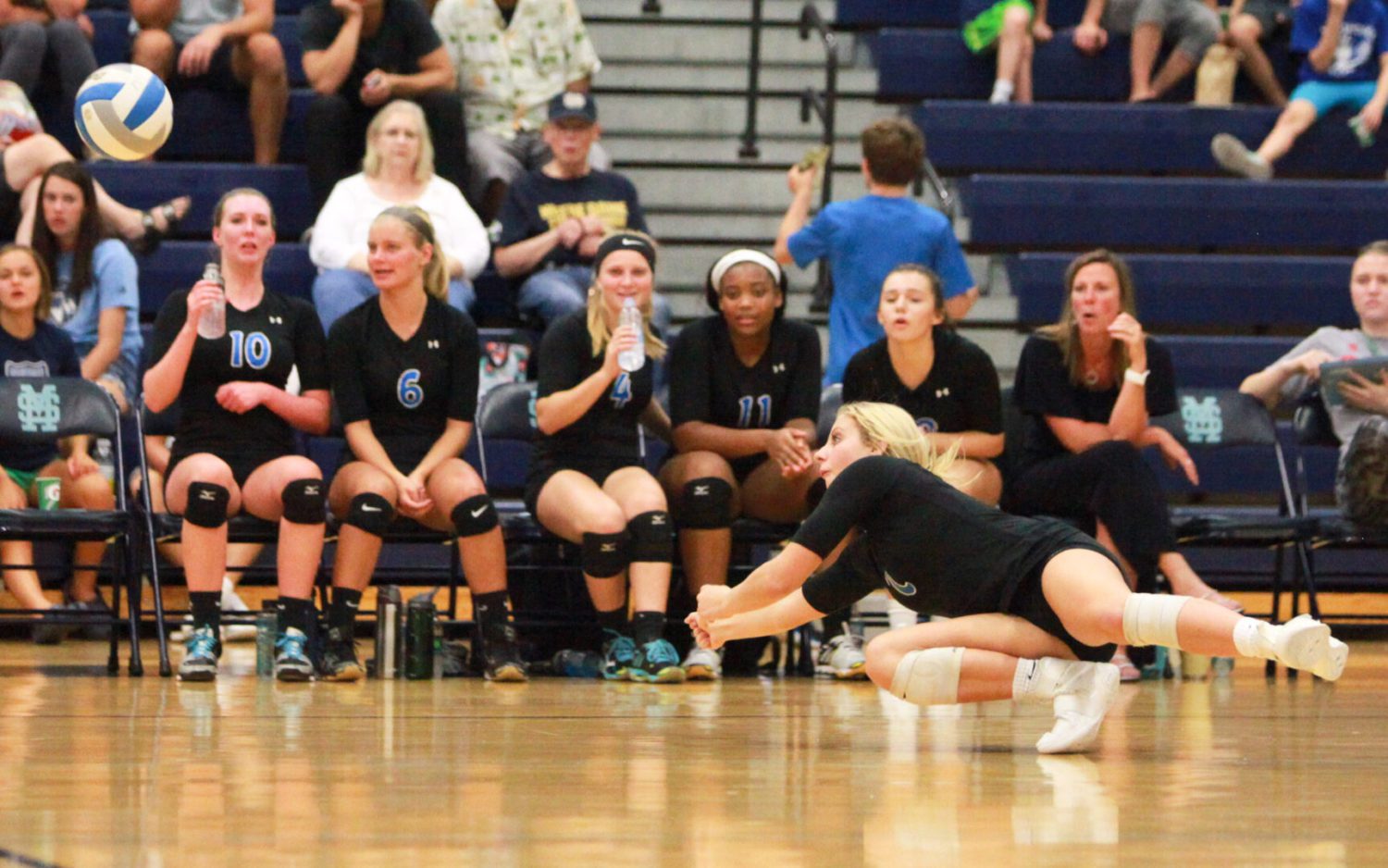 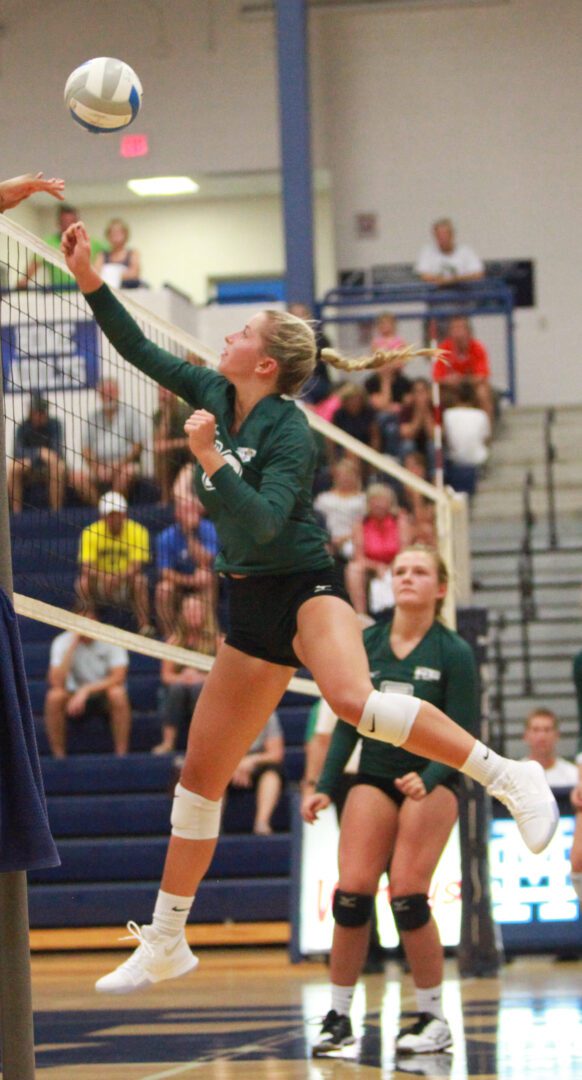 Cam VanderLeest looks to touch the ball over the net for the Rockets. Photo/Jason Goorman 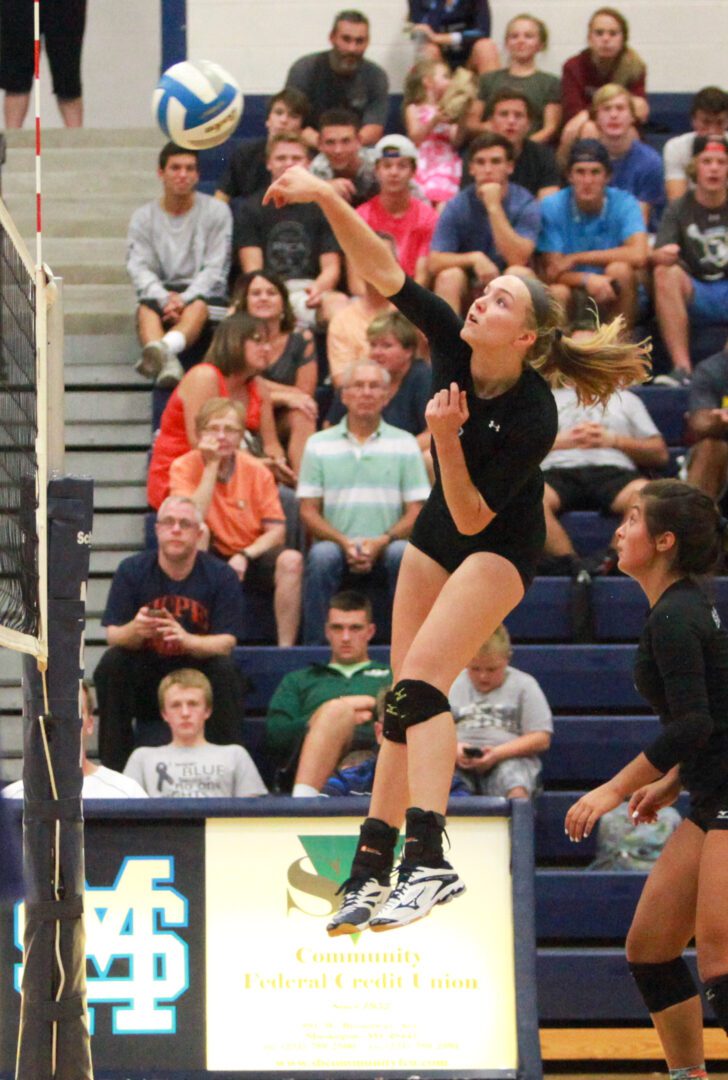 Mona Shores’ Jaizah Pyle keeps the ball on the Reeths-Puffer side. Photo/Jason Goorman