Tournament for the second straight year at Stonegate Golf Club on Wednesday. 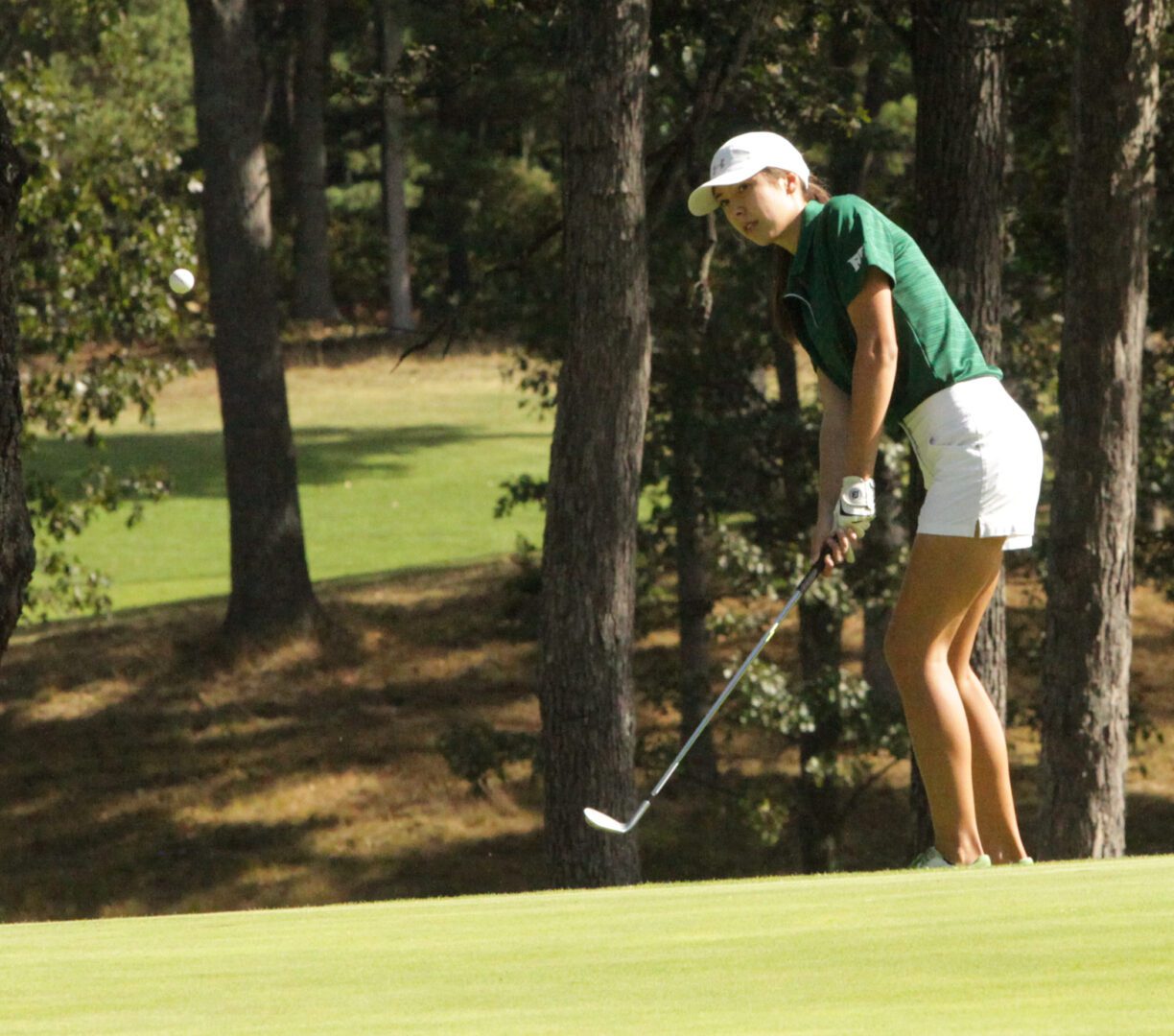 Avery Howard chips in for eagle on No. 18 for Reeths-Puffer. Photo/Jason Goorman

Reeths-Puffer finished with four of the top seven scores on Wednesday, with senior Karlee Hallberg taking first place overall with a score of 77.

R-P’s Avery Howard finished second with an 80. Defending city champion Karina VanDuinen finished fourth with an 84, and Abby Fansler rounded out the Rockets’ top four with a score of 92, good for seventh place.

Emma Veihl shot a 109 for Reeths-Puffer.

“It’s always fun,” said R-P Coach Chris Carter about competing in the city tournament. “For the most part I think the girls played fairly well. 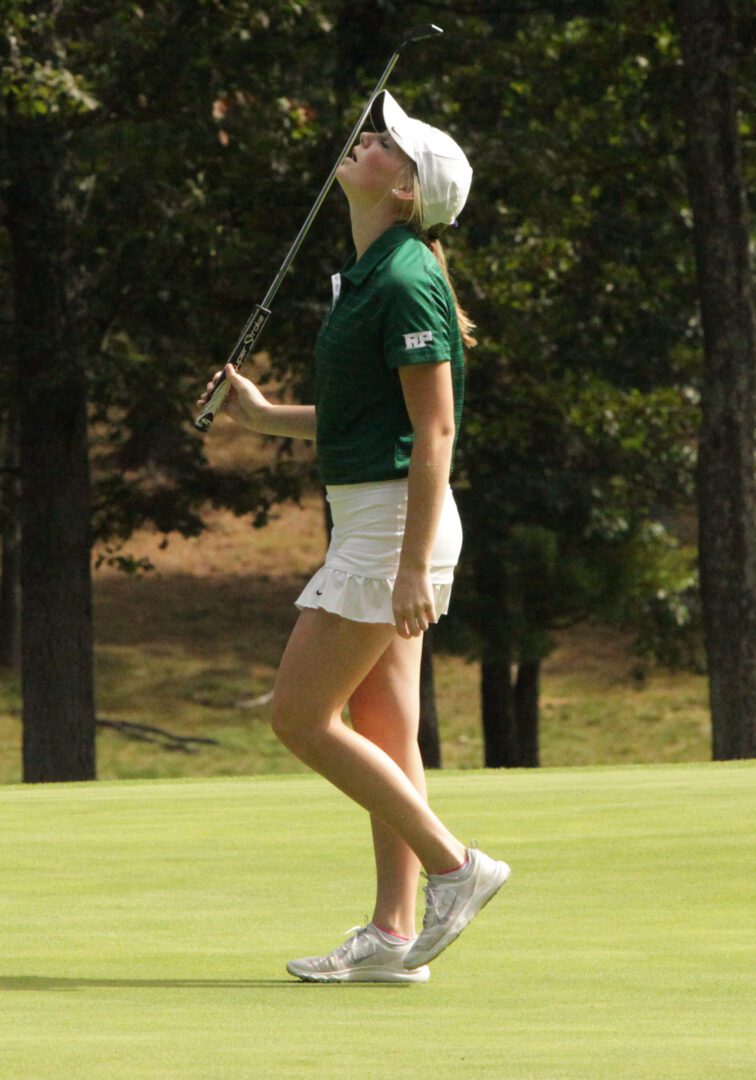 Karlee Hallberg reacts after just missing an eagle putt on 18 which was just before sinking her final putt to capture the city title for Reeths-Puffer. Photo/Jason Goorman

Hallberg, a senior who finished fourth last year, said one of her goals was to win the city title.

“I kind of struggled with hitting greens, but my putting was really good, so that helped,” Hallberg said. “It means a lot to win. I’m a senior and it was my last chance to win.

“It was one of my goals coming in, but overall my goal was to keep it in the 70’s and try to win it.”

Winning is something that the Rockets are getting used to. They’ve won all five O-K Black Conference jamborees so far this season, and have a good chance of advancing far in the upcoming state tournament.

“Right now, all five of our girls are in the top eight of the conference, so we might get all five to be all-conference,” Carter said. 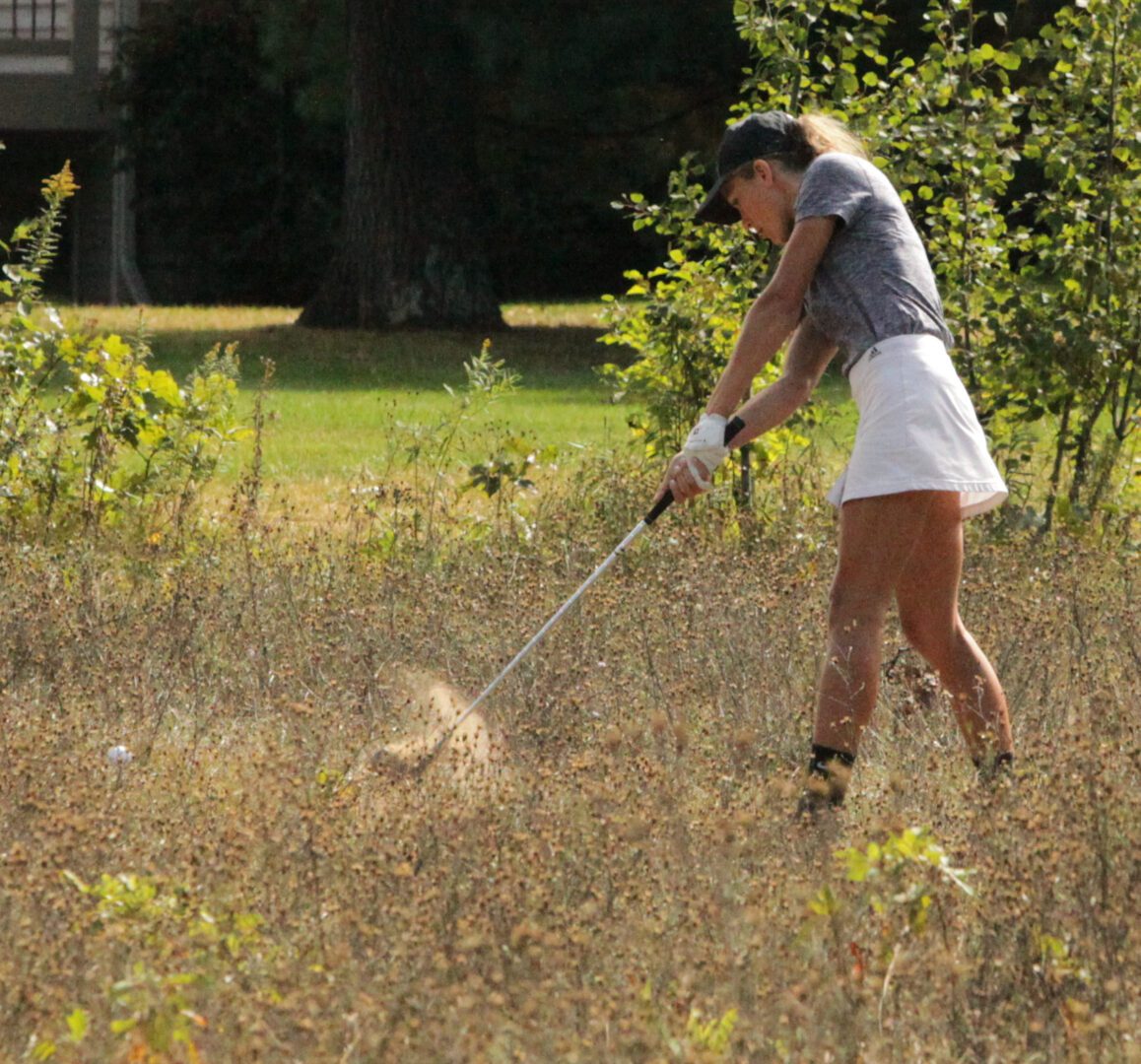 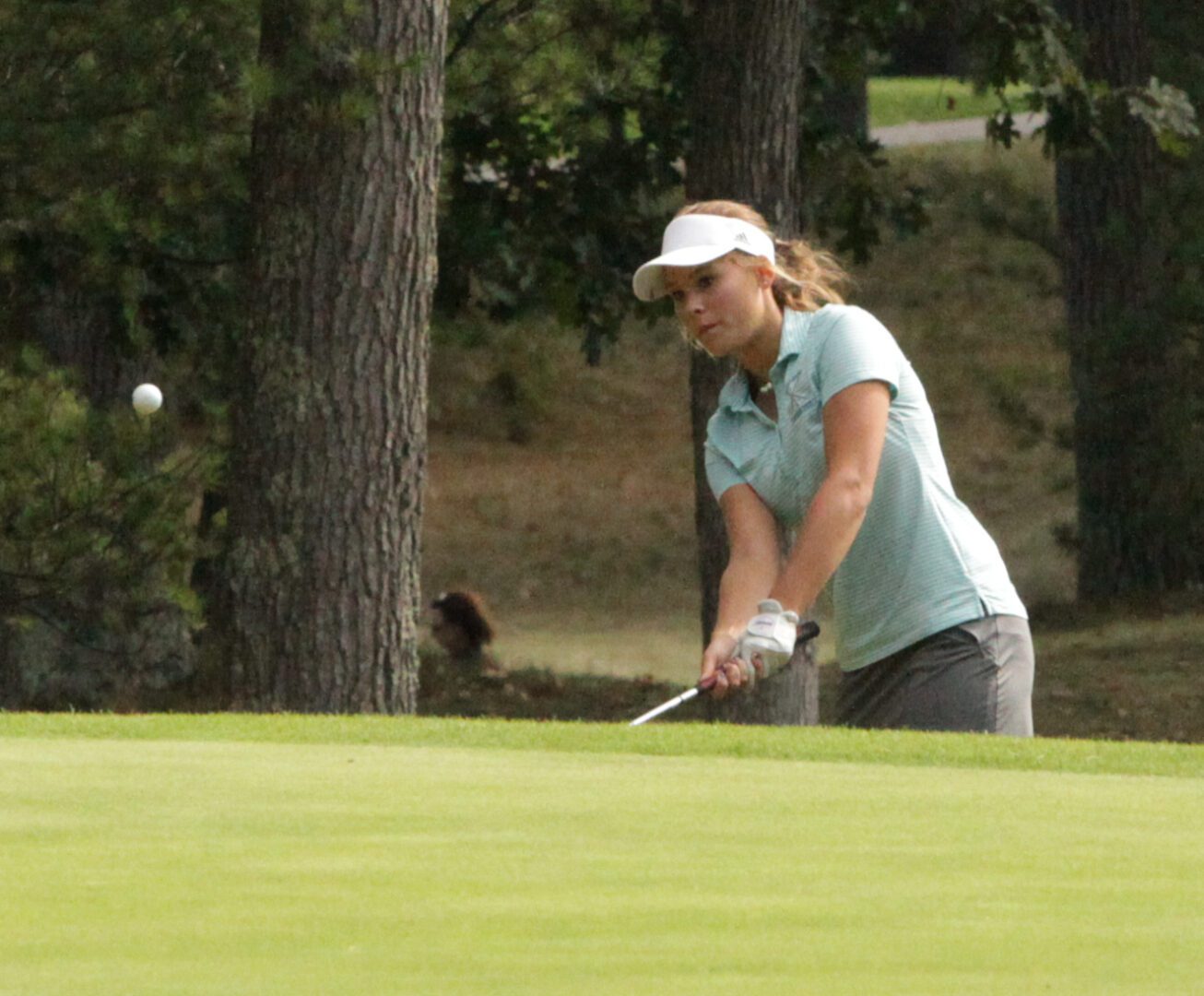