WHITEHALL – The Whitehall volleyball team had become quite accustomed to winning the West Michigan Conference title over the years.

But last season the Vikings were abruptly knocked off their throne by Montague, ending their eight-year reign as league champions. 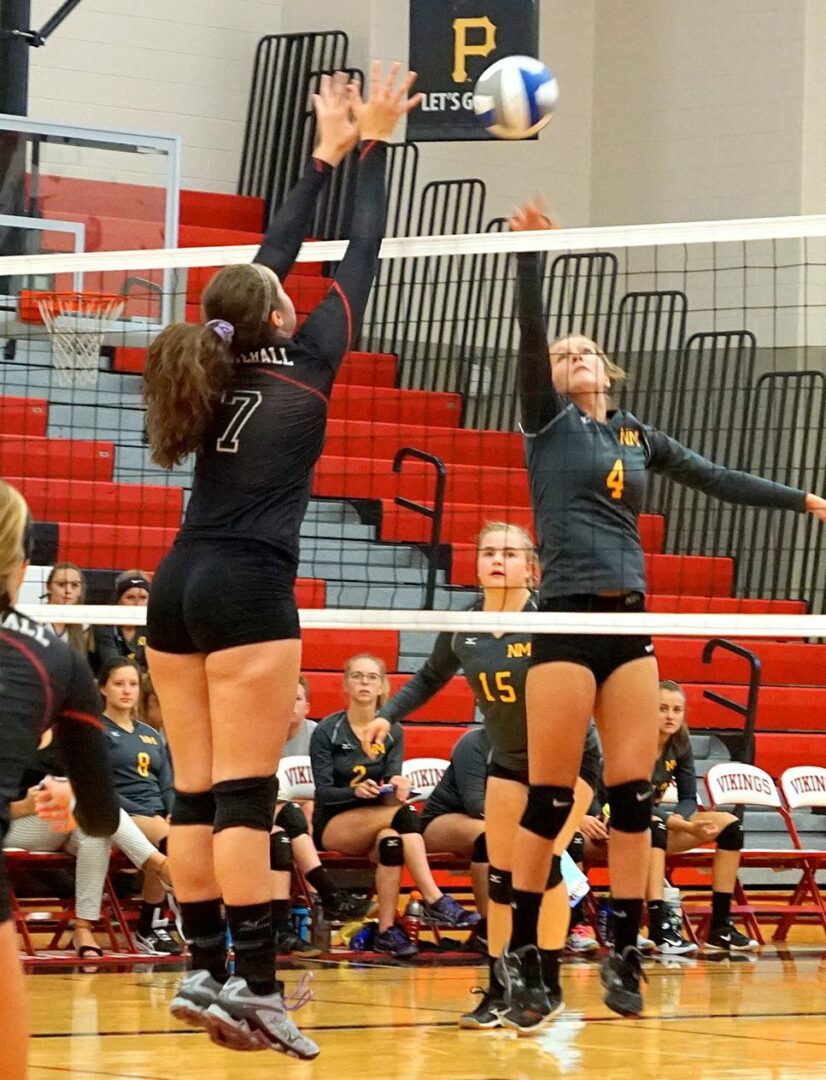 Ayla Pitts tries to get the shot over Whitehall’s Allisyn Grams at the net. Photo/Leo Valdez

Now the Vikes are looking to get back to the top, and are off to a great start. They came from behind in all three sets on Tuesday to register a 3-0 victory over visiting North Muskegon in a league matchup.

“This team has great senior leadership,” said Whitehall Coach Ted Edsall, whose squad will face Montague, the team that stole the league title last season, in an early-season showdown next Tuesday. “The chemistry is good, so I think we’re on the way, but we have a ways to go.”

North Muskegon jumped out to a quick 14-9 lead during the first set on Tuesday, before the Vikings stormed back with a 16-3 run to take control.

The Norse again started strong in the second set, jumping out to a 7-4 lead with a pair of three-point service runs by Ayla Pitts and Kasey Firestone. 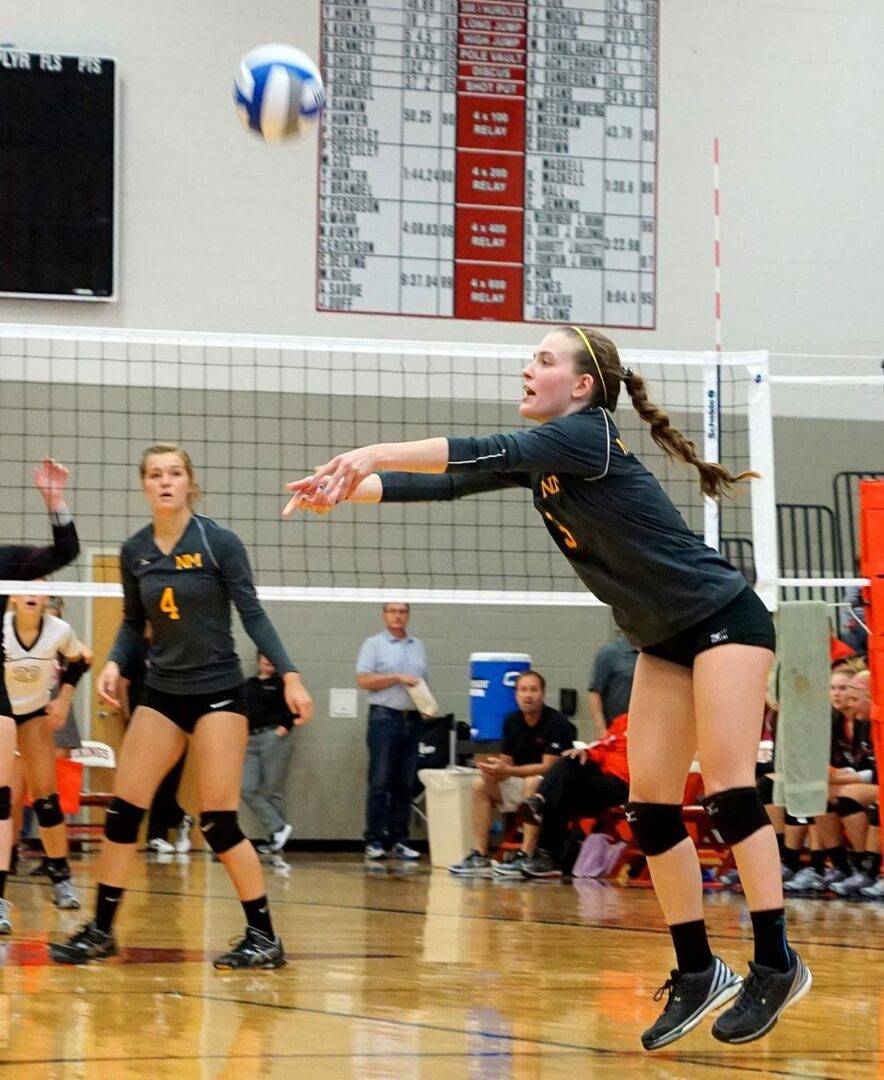 Whitehall responded with a 10-2 spurt, including a six-point service run by Goodrich, to take a 14-9 lead.

North Muskegon attempted to make a comeback in the second set, but could only cut its deficit to 14-12 before the Vikings closed the match with an 11-8 run.

The Norse again grabbed an early lead, 4-1, in the third and final set, with a four-point service run by Pitts. But Whitehall scored the next six points on a long service run from Kaelei Davis to take a 7-4 lead.

The final set remained close throughout. The Norse pulled within one point three times, at 9-8, 22-21 and 23-22, before Whitehall closed the set and match by scoring the final two points.

The Vikings were led by Seeger with 12 kills and two aces while Allyson Grams added eight kills. Bri Copley and Goodrich each served up two aces for Whitehall.

North Muskegon, which is now 8-8 on the season and 1-1 in conference play, was led by Ellie Hayhurst and Firestone with seven kills each while Kendal Hoppa added 14 digs and Mackenzie Fris had 12.

“We were right there with one of the top teams in our conference, and we know where we want to go from there,” said North Muskegon Coach Heather Claussen. “It’s pleasing that overall we played an intense match.”

Celebrity Golf Tournament up this weekend at Muskegon Country Club