their drive to return to Ford Field.

But Muskegon woke up, cleaned up its mistakes and scored the game’s final 40 points to roll past the Dutch 47-6 on Friday in a pre-district Division 3 contest at Hackley Stadium.

The Big Reds, who are now 10-0 on the season, will face Zeeland West next Friday for a Division 3 district title. West beat previously unbeaten Zeeland East 42-27 on Friday. 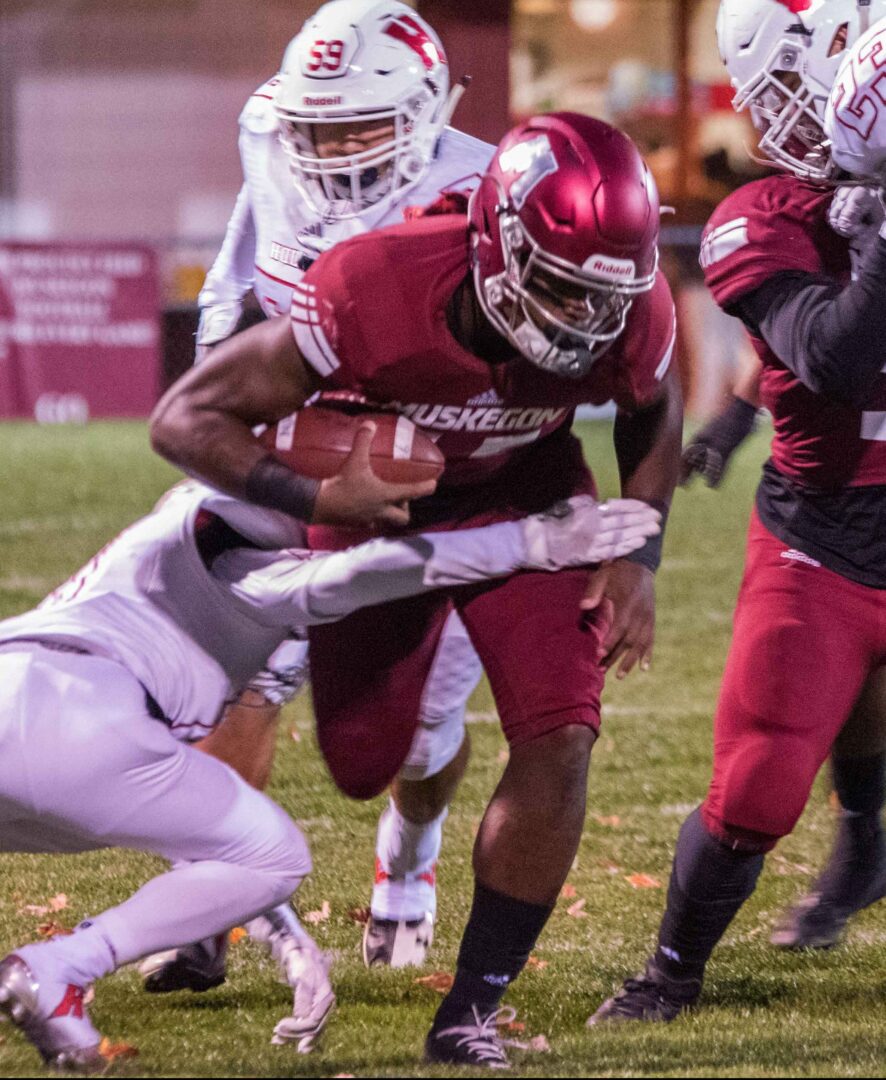 “They were scrappy,” said Muskegon coach Shane Fairfield about Holland. “I knew they were going to give us a challenge and this was a good test for us. I can assure you, if those guys stay together that
will be a team to contend with in the future.”

The Big Reds opened the scoring on their first possession with a three-yard touchdown run from quarterback La’darius Jefferson with 10:09 left in the first to give Muskegon a 7-0 lead.

Muskegon opened its second drive from the Holland 41-yard line but fumbled the ball at the 22 to give the Dutch the ball back.

Holland responded after the turnover with a 50-yard run from Donavon Webb, which set up a 13-yard scamper by Eli Mares for a touchdown. A failed two-point conversion by Holland kept Muskegon ahead by a slim 7-6 margin with one minute left in the first.

The Dutch gave Muskegon great field position early in the second quarter with a turnover on downs at their own 25-yard line.

But the Big Reds coughed up the ball on their second play of the drive and gave Holland the ball right back.

Muskegon managed to hang on to its lead before Jefferson calmed the Big Reds down with a pair of rushing touchdowns, from 26 and three yards out, giving the Big Reds a 21-6 halftime advantage.

The Big Reds maintained their momentum throughout the second half, outscoring Holland by a 26-0 margin. 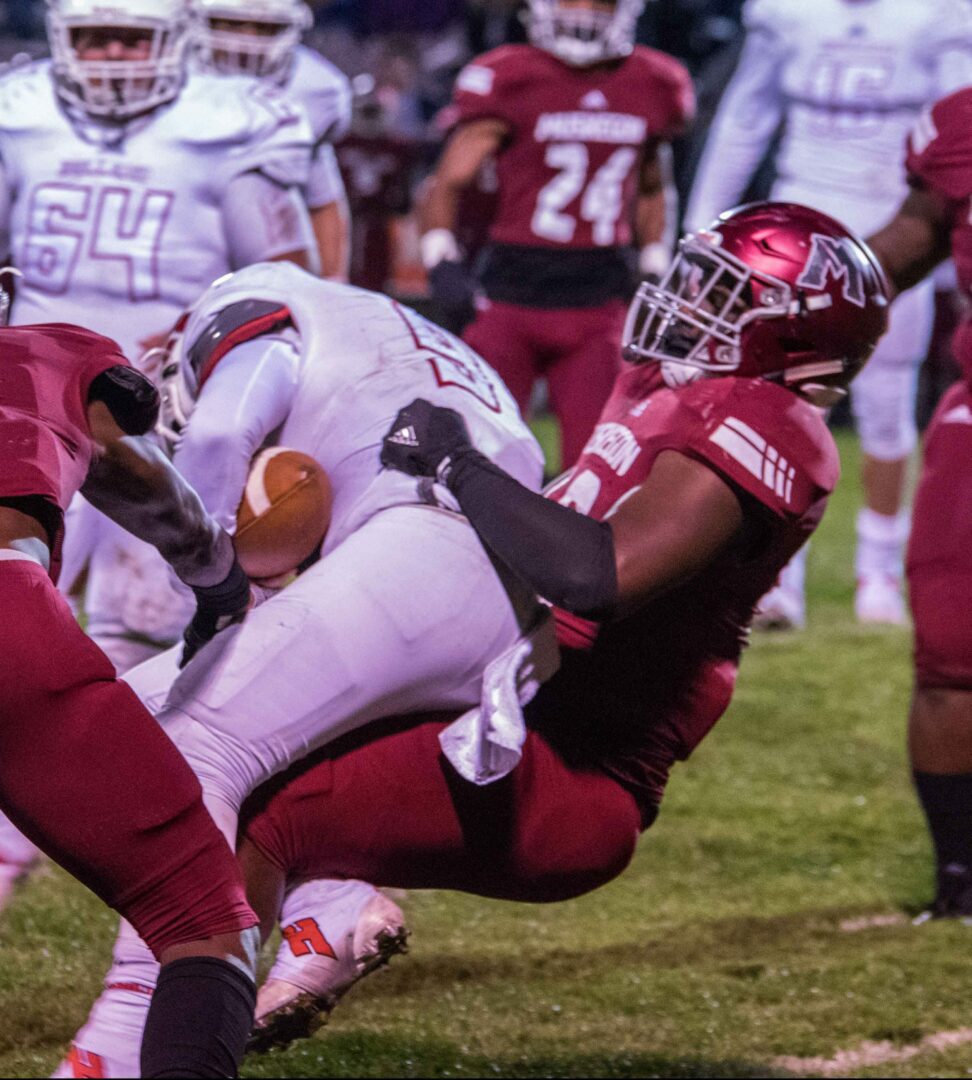 Jefferson added his fourth touchdown of the night from nine yards out with 11:19 left in the third quarter to increase the lead to 28-6.

The Dutch moved the ball on to the Muskegon 30-yard line on the following possession, but Muskegon’s Clinton Jefferson Jr. turned the tables with an 82-yard pick-six with 6:06 left in the third quarter. The big defensive play gave Muskegon a 34-6 advantage.

The Big Reds closed the scoring with two touchdowns during the fourth quarter on a 30-yard completion from Jefferson to Willie Shanks Jr. and a 24-yard run by Robert Carson late in the contest.

Muskegon was led offensively by La’darius Jefferson, who rushed for 126 yards on 13 carries and four touchdowns while passing for 55 yards on three completions and a score.

Oakridge boys basketball team heats up in the second half, downs Montague 75-50