The Muskegon Big Reds were once again dominant on both sides of the ball on Friday – and now hype week can officially begin.

The Big Reds rolled Kenowa Hills 54-0 at Hackley Stadium, improving to 7-0 overall on the season.

Muskegon also improved to 5-0 in the O-K Black Conference, the same record as Mona Shores, which beat Grand Rapids Union on Friday, 65-0.

Something has to give next Friday when the two teams meet at Mona Shores. It will be far more than a conference showdown. It will be a clash between two state powers.

Muskegon is ranked No. 1 in the state in Division 3 while Mona Shores is No. 2 in Division 2. 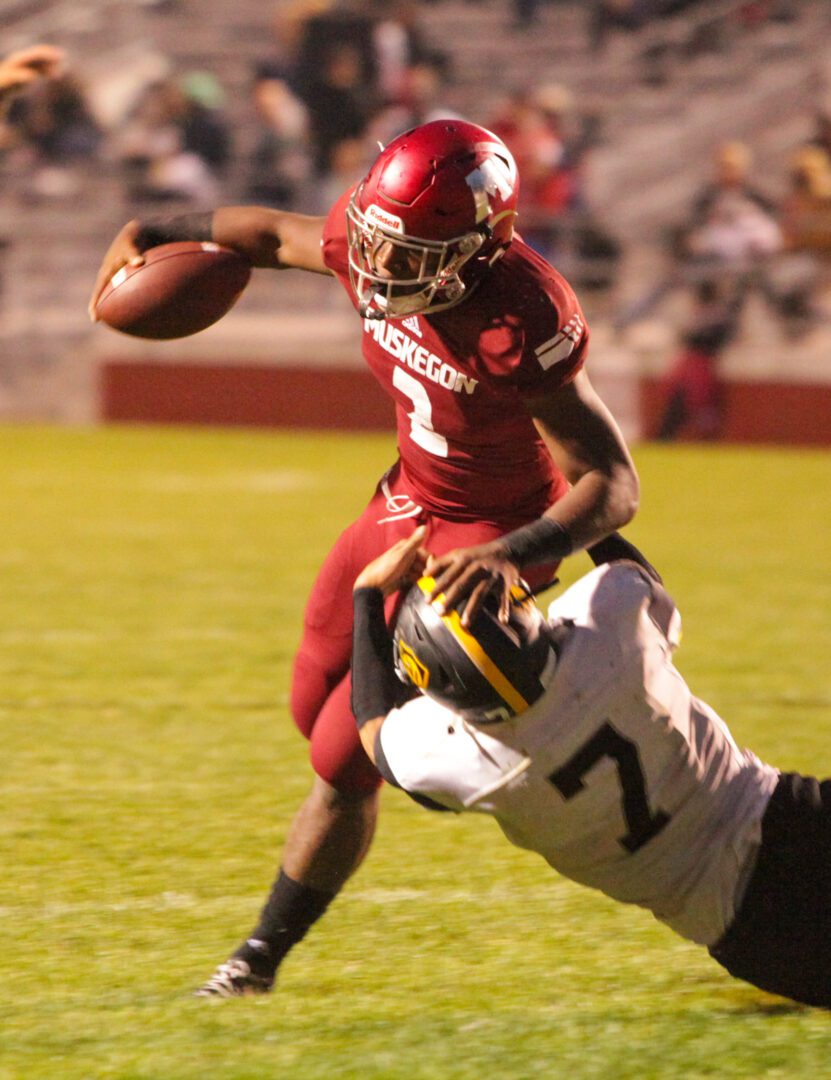 To set up the showdown, the Big Reds had to take care of business Friday night. And they certainly did.

Muskegon’s offense was balanced all night, finishing with 212 rushing yards and 204 through the air, while the defense hammered the Knights’ Wing-T running attack, allowing Kenowa Hills only five total yards of offense, including minus-10 on the ground.

“We’ve faced a lot of spread teams this year,” Big Reds coach Shane Fairfield said. “But going against the Wing-T, we had to be able to show we can play tough inside and that our defensive backs can come up and make plays.”

On Senior night, it was only fitting that all the Muskegon scores came from the senior class.

Willie Shanks Jr. only touched the ball three times in the game, but scored each time, on touchdown runs of 18 and nine yards and a TD reception of 40 yards. His efforts helped Muskegon build a 41-0 halftime lead.

Lonnie Clark Jr. scored from a yard out, La’darius Jefferson connected with Clinton Jefferson Jr. on a 61-yard touchdown pass, and Jefferson Jr. also returned a punt 50 yards, to account for the first half scoring.

“We can spread our offense around a lot,” Shanks Jr. said. “With our talent, we can throw it, run it, or power it right at you. We can do a lot with the ball.” 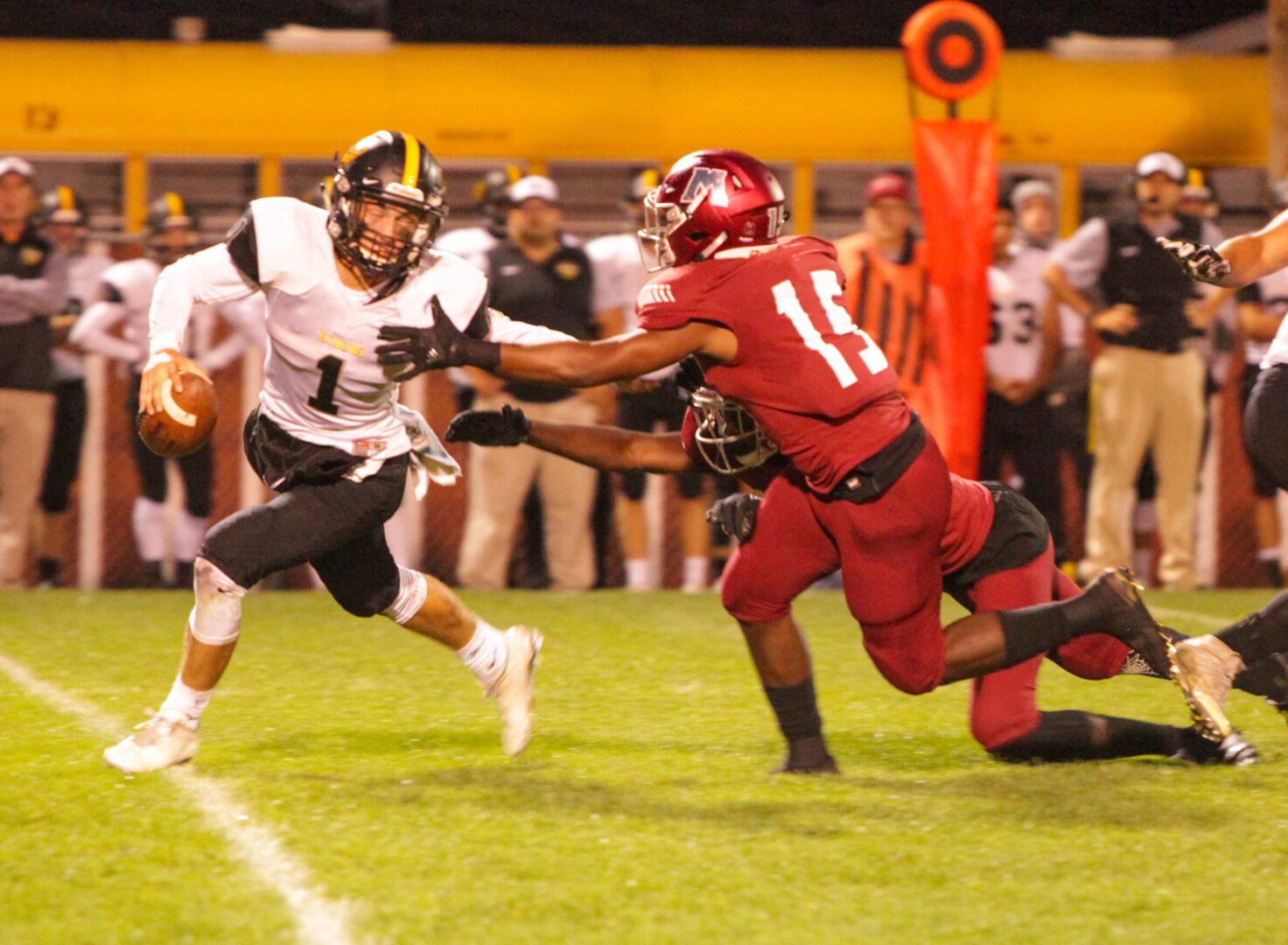 Muskegon’s No. 15 gets a hand on Kenowa Hills’ Dylan Mackey. Photo/Jason Goorman

With a running clock in the second half, the Big Reds finished off the Knights with a 11-yard TD run by Davion McCall and another Jefferson to Jefferson Jr. scoring strike, this time from 43 yards out.

La’darius Jefferson completed 9 of 13 passes for 204 yards, while Clinton Jefferson Jr. had five receptions for 128 yards and 40 yards rushing.

When the clock struck zero, Coach Fairfield turned his attention to next week’s showdown.

“All week, everywhere you go, people were talking about that game,” Fairfield said. “But you can’t go there without taking care of the business right in front of you. Our guys did an extremely good job of focusing on the job at hand.” 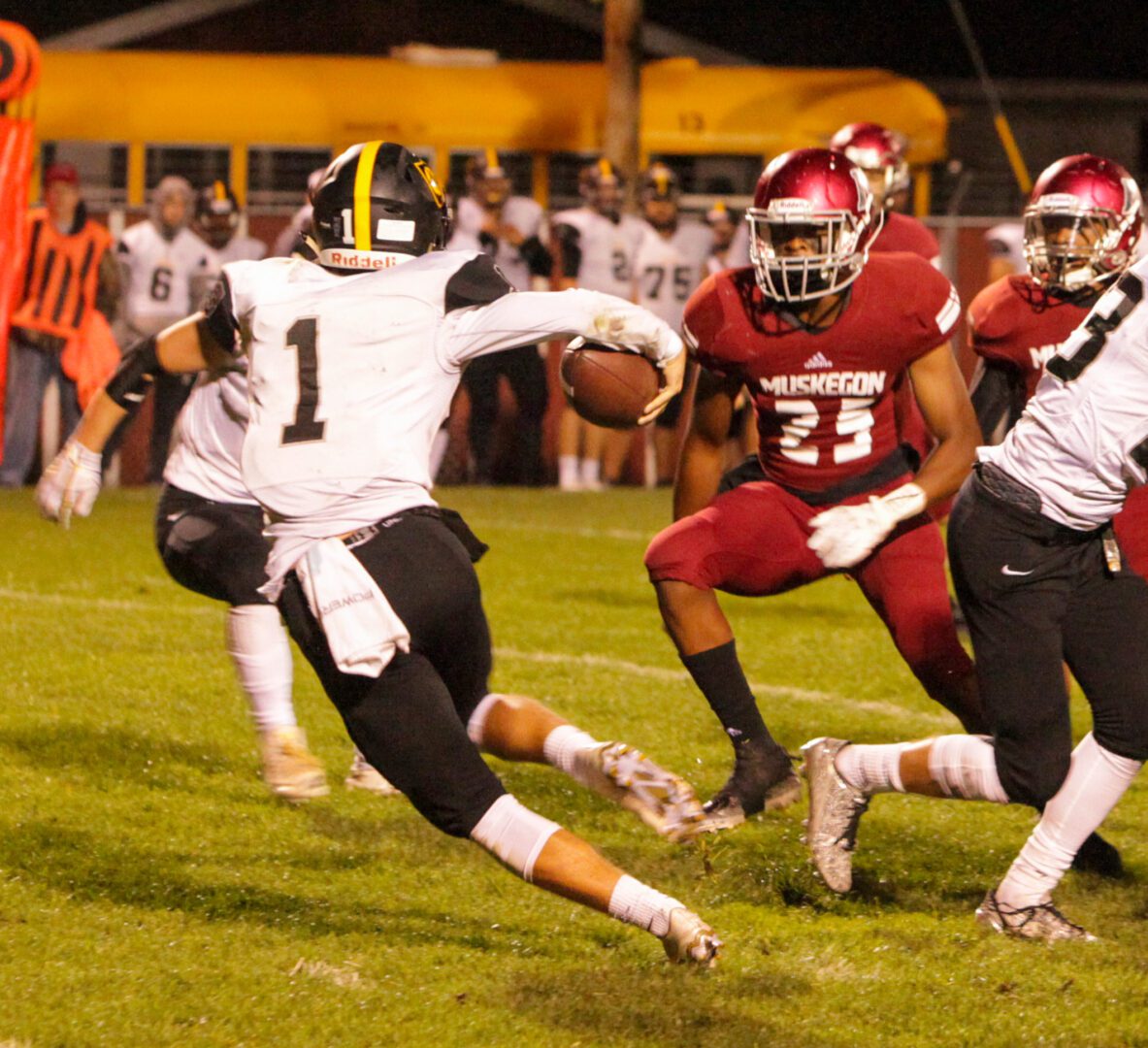 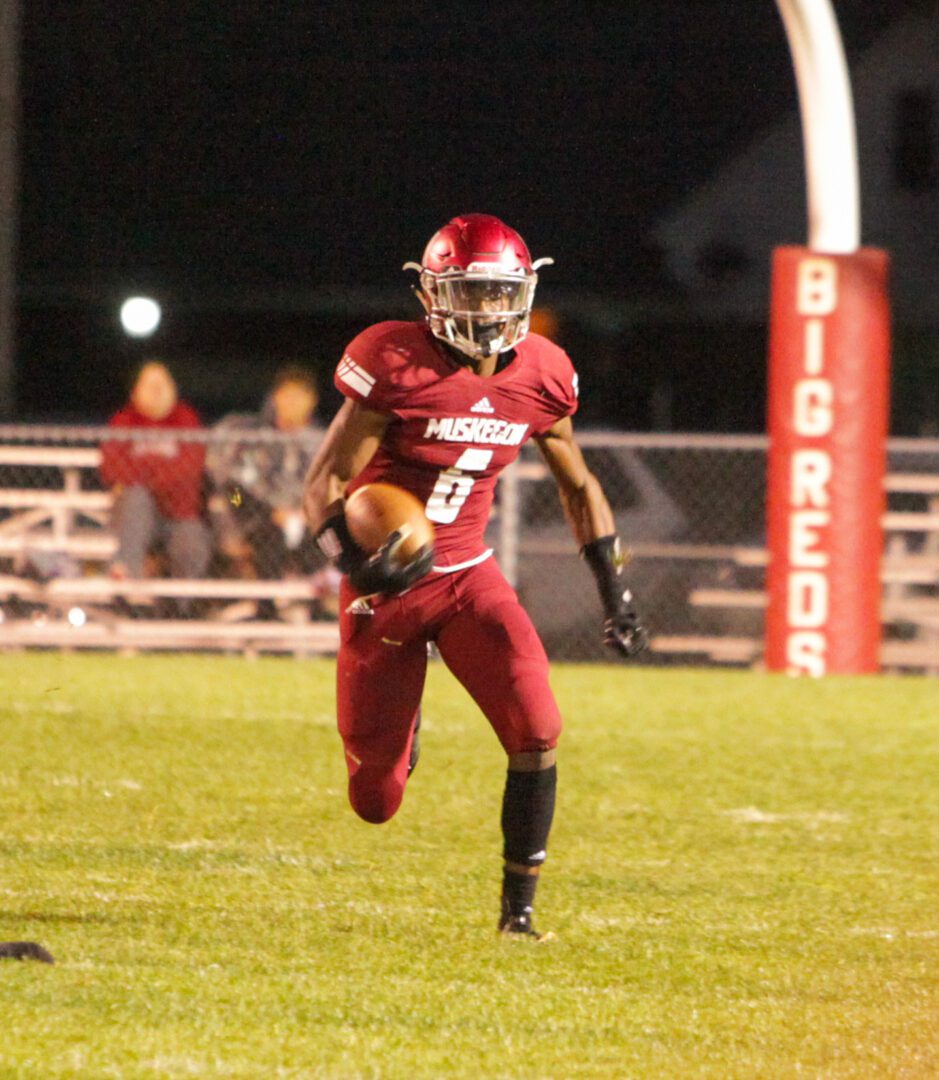 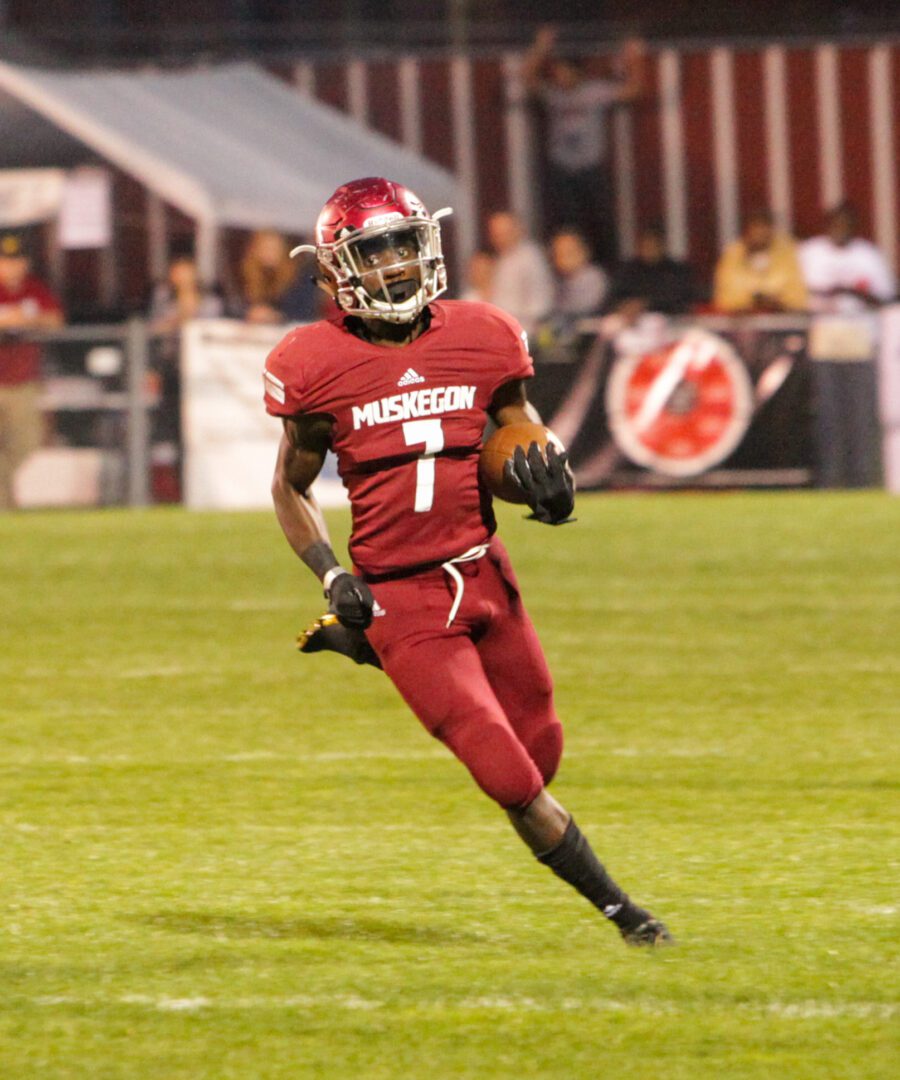