She had one girl to beat down the stretch – her friend and teammate, Kendall Jones. 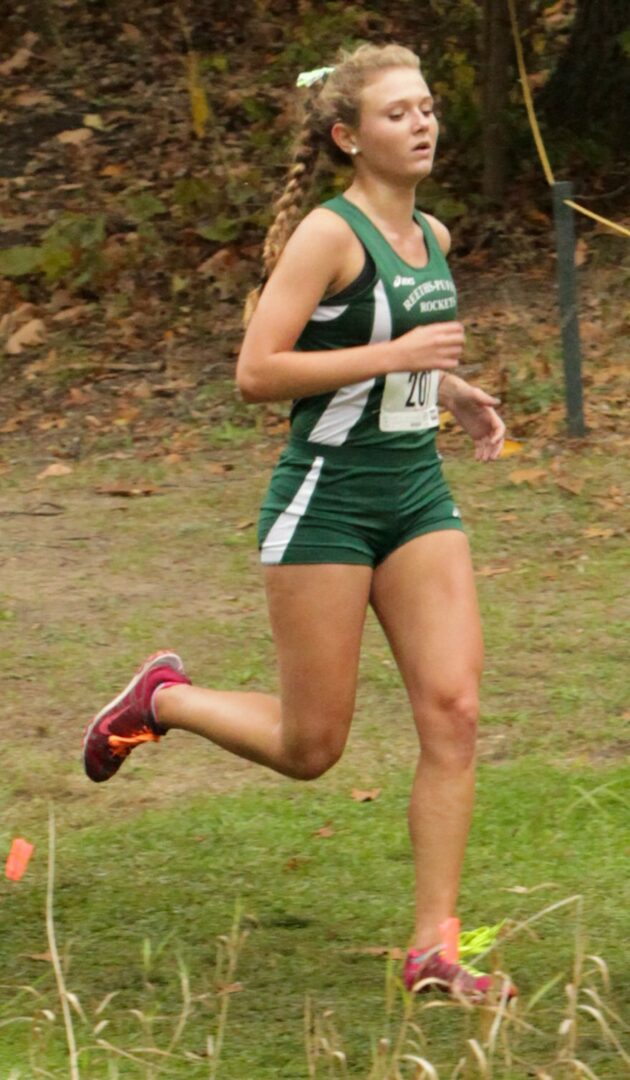 Of course Brantsen would have been happy to see Jones win the individual championship in the girls’ race. But she’s a senior, and Jones is only a sophomore, so she made a final burst about 50 meters out, passed Jones, and won the individual city title at University Park Golf Course.

“At the end I was doubting myself a lot, but I overcame it, because I knew I had it in me,” Brantsen said. “It was back and forth. Kendall was ahead of me until about the last mile, then I kicked it in. I just thought, ‘I’ve got to get her.’

“This was not as competitive, because I knew if she wins, I win too. We’re close friends. But this was my last city meet as a senior. I knew this was my race.” 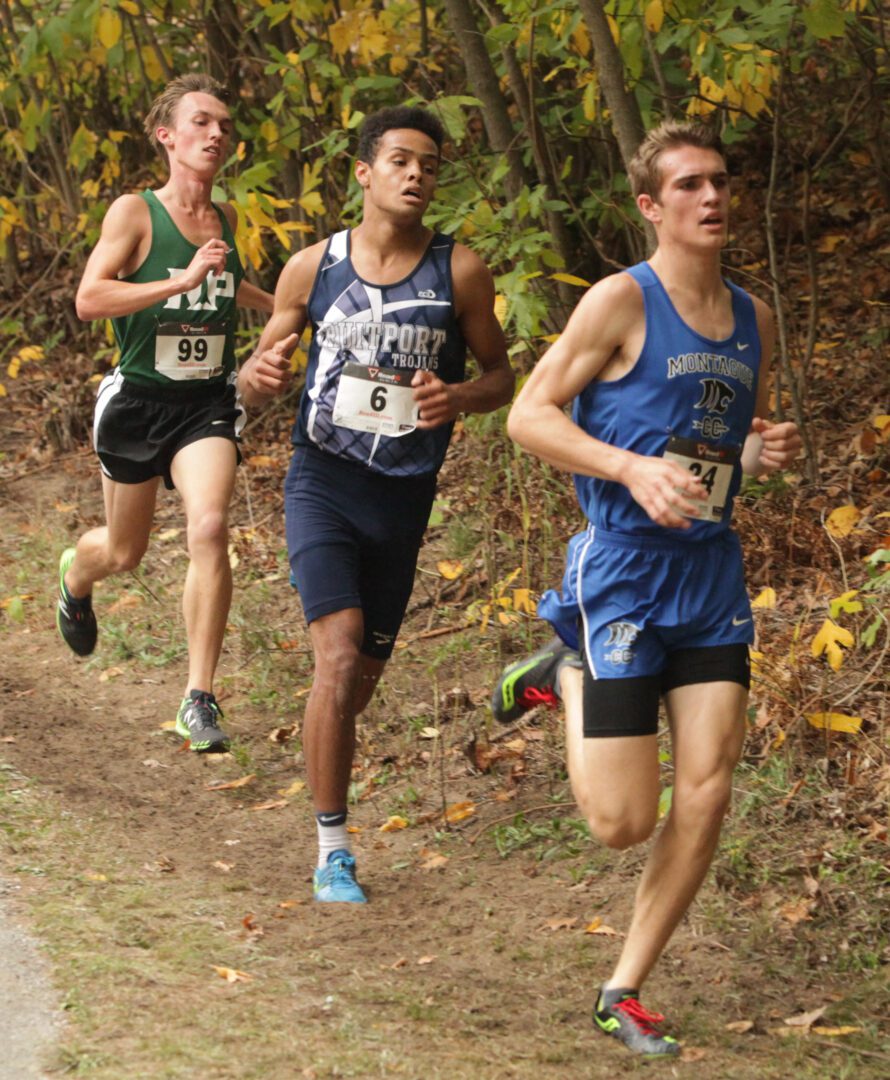 Montague’s Cole Jensen leads the pack along the trail with Fruitport’s Cameron Oleen in second and Reeths-Puffer’s Evan Hodson in the back. Photo/Jason Goorman

While Brantsen and Jones dualed for first place in the girls’ race, Fruitport’s Cameron Oleen had no competition for the top spot in the boys’ race.

Oleen rolled to a season-best time of !5:53.09 and won the boys’ race with ease. His closest competitor was Montague’s Cole Jensen, who finished a distant second with a time of 16:28.55.

“I kind of just got in my groove,” said Oleen, who dropped nearly a full minute off his previous season-best time. “I knew if I was going to break 16 (minutes) I had to go a little faster today. I figured, If you die, you die. Just do it. Just go out there and run.” 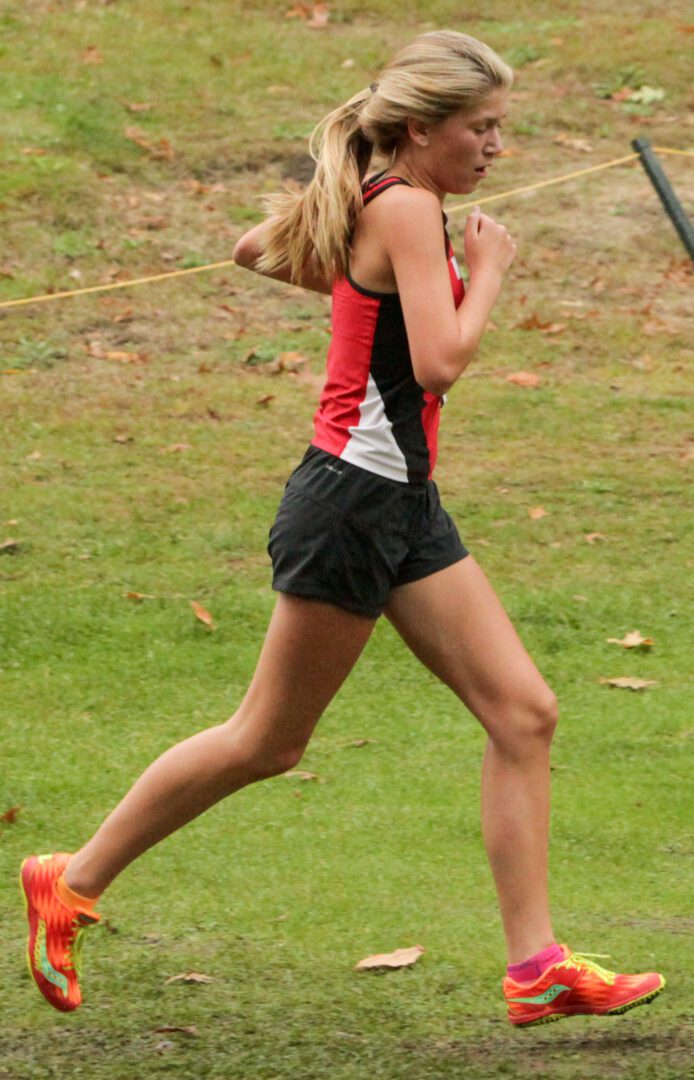 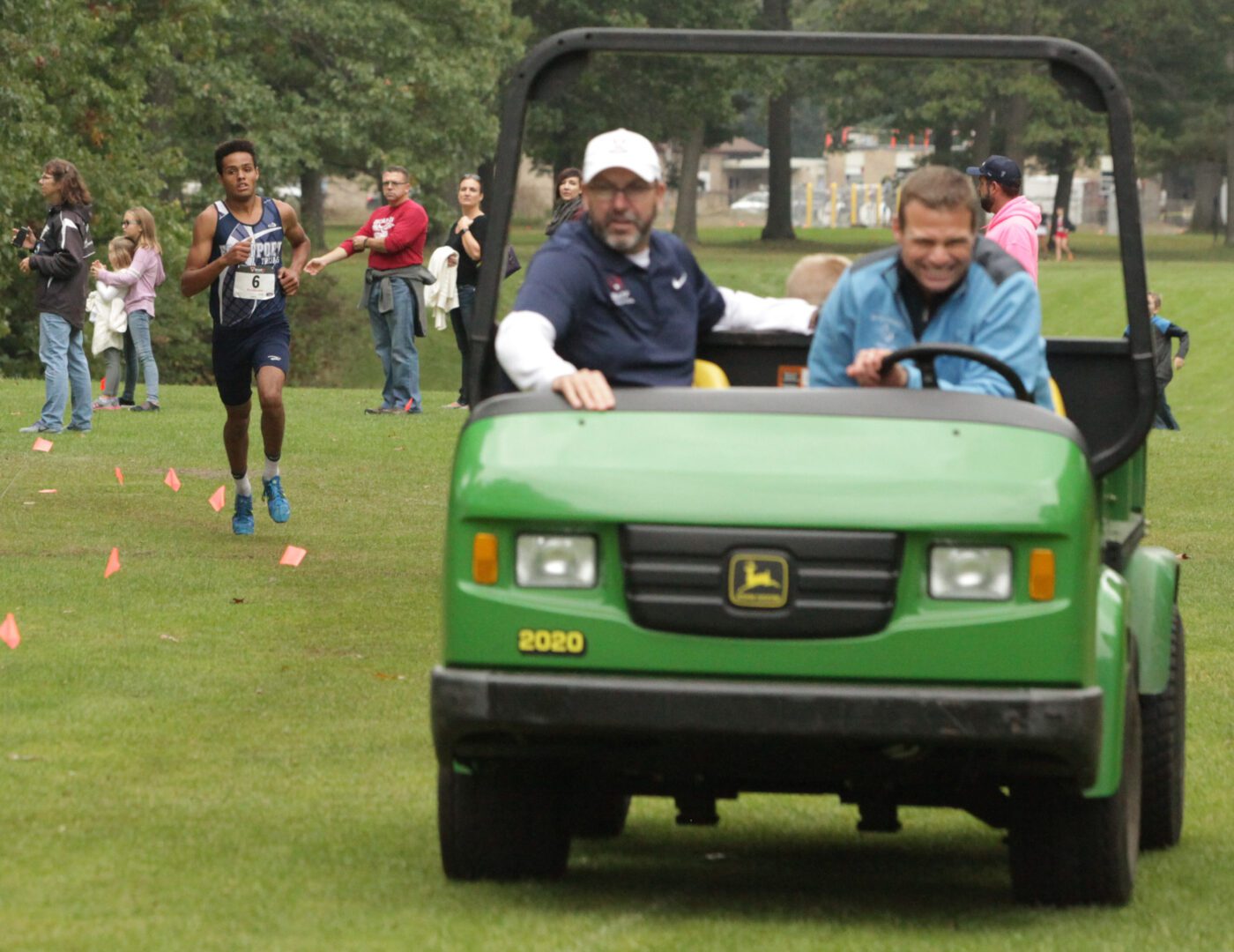