Conference, for a lot of different reasons.

Strong defense has been one major factor.

Opponents can dish out their hardest shots, and the Vikings often find a way to keep the ball in play.

Megna is arguably one of the best liberos in the area. Her job involves prowling the backcourt, diving for shots and denying opponents points. 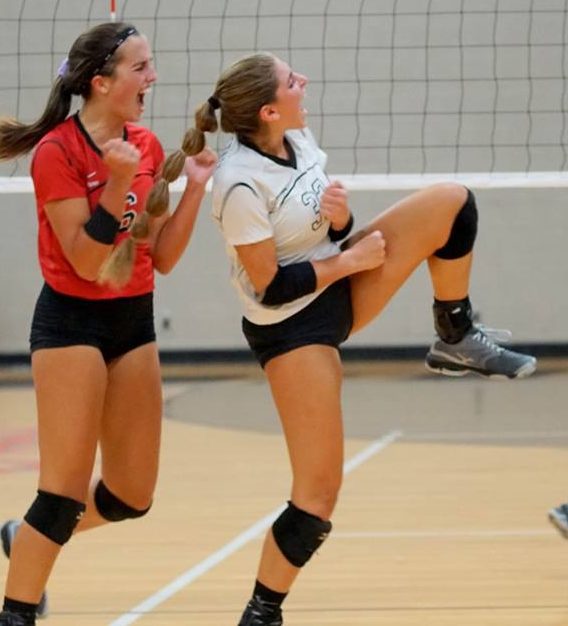 No. 33 Gianna Megna reacts after a Whitehall point during the Vikings game against Montague earlier this season. Photo/Leo Valdez

Her work has helped Whitehall post an overall 27-16-4 record this fall. Even more importantly, the Vikings finished 9-1 in league play, won the conference tournament, and regained their spot as West Michigan Conference champions.

Whitehall had not won the title for the past two years. Before that the Vikings ruled the conference for 10 straight years.

“It was great to get it back for all of the players who’ve been on the team for a few years, including my sister,” said Megna, a junior and second-year varsity player.

The Vikings’ next challenge is a big one. They will compete in a tough Class B district tournament at Fruitport High School, beginning on Monday with a tough match against conference rival Montague.

Some casual volleyball fans may not fully appreciate the value of the libero, the player wearing the different colored jersey than the rest of the team.

The libero only plays on the back line, and is free to rotate in without notifying an official before the play begins.

The libero is the defensive specialist who often gets to the hard shots from opposing hitters, a statistic called a dig. The job requires good anticipation and a lot of gutsy dives on the hard court. 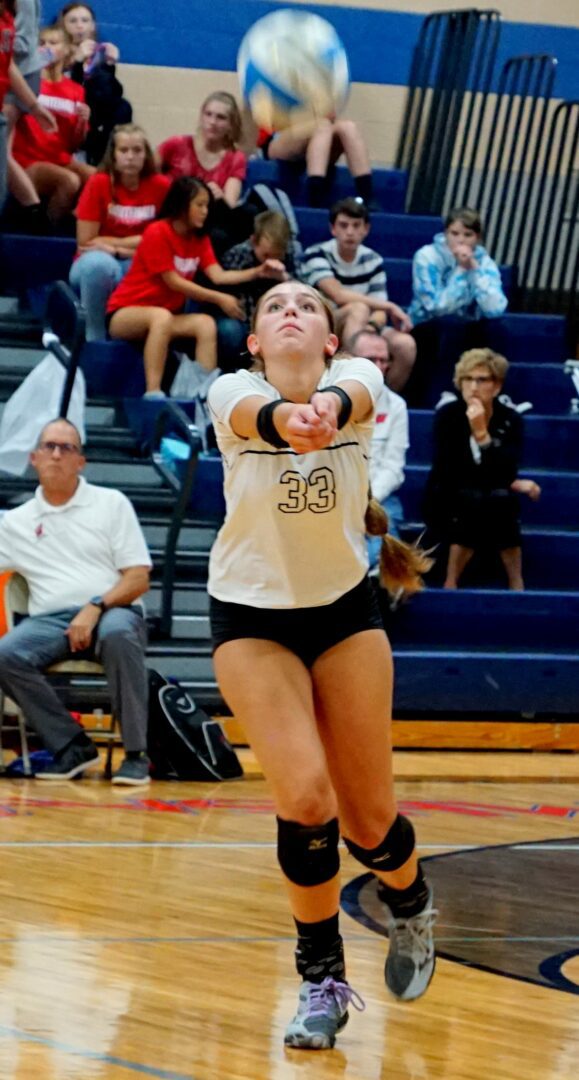 Megna has 563 digs for the Vikings this season. Without her effort on the defensive end, there’s no doubt a lot of opposing shots would have fallen in, and the Vikings’ season may have been a bit different.

“That’s a lot,” said longtime Whitehall coach Ted Edsall about Megna’s dig total. “She’s likely going to get over 600 for the season, and I think we’ve only had one player have that many. She’s in line to be our all-time dig leader.

“She’s put in a lot of time. She’s a good athlete. She plays volleyball year-round. She knows where the other team is going to hit it and that’s a huge aspect in the sport. She’s highly-skilled and the best first contact player I’ve ever coached.”

Megna believes that her ability to get to tough shots has simply come from practice and dedication.

She has also enjoyed playing two years of varsity volleyball with her older sister, senior Talia Megna. The siblings will be battling hard in the tournament to keep the season alive, because their next loss will signal the end of their varsity time together.

“It’s awesome,” Megna said about teaming with her sister. “I love being out there with her. It’s nice to know she’ll have my back, on and off the court, no matter what. We’ve gotten to grow closer and I love it.

“It’ll be hard next year when she’s not there.” 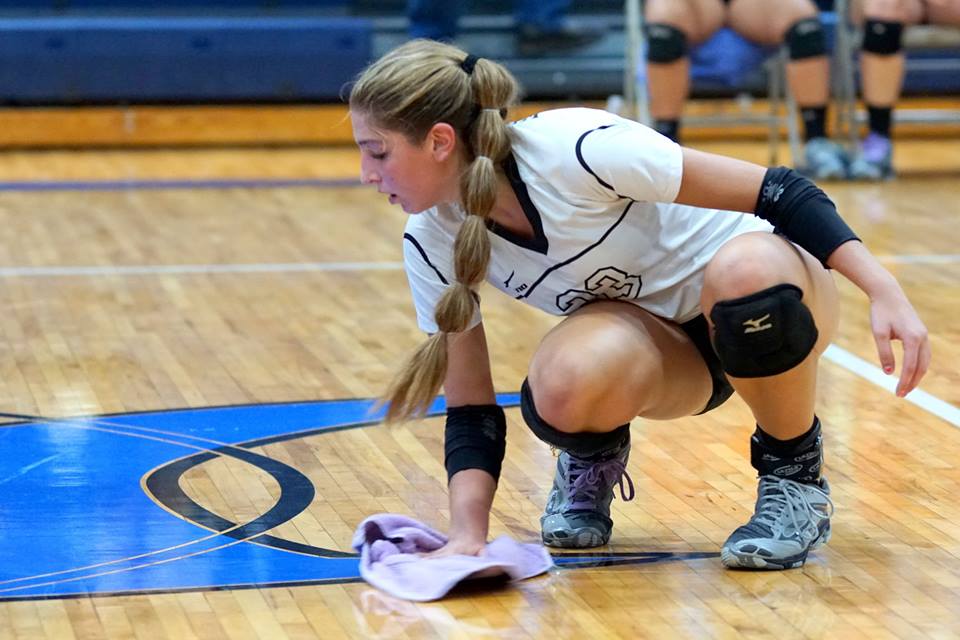 Whitehall’s Gianna Megna cleans off the floor during the Vikings’ game against Montague earlier this season. Photo/Leo Valdez 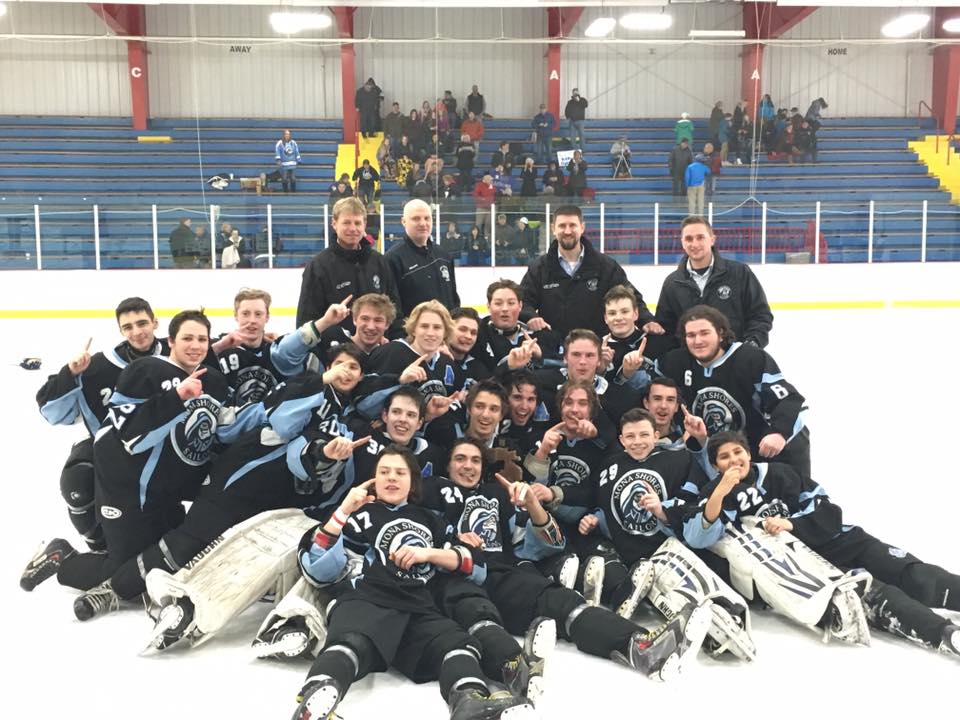