For many decades, the Mona Shores High School football team was one of the few in the lakeshore area

that had never qualified for the state playoffs.

That all started to change a few years ago, when Coach Matt Koziak took over the program and transformed the Sailors into a gridiron power.

Mona Shores made the playoffs for three straight years, between 2013-2015, and advanced all the way to the Division 2 state finals in 2014.

The team’s playoff string was broken last year when the Sailors went 5-4 and just missed out on the postseason.

But Mona Shores, which posted an 8-1 record this season, will be back in the hunt for state glory beginning next weekend. The Sailors learned on Sunday night that they will be hosting Portage Central in their first-round Division 2 playoff game. 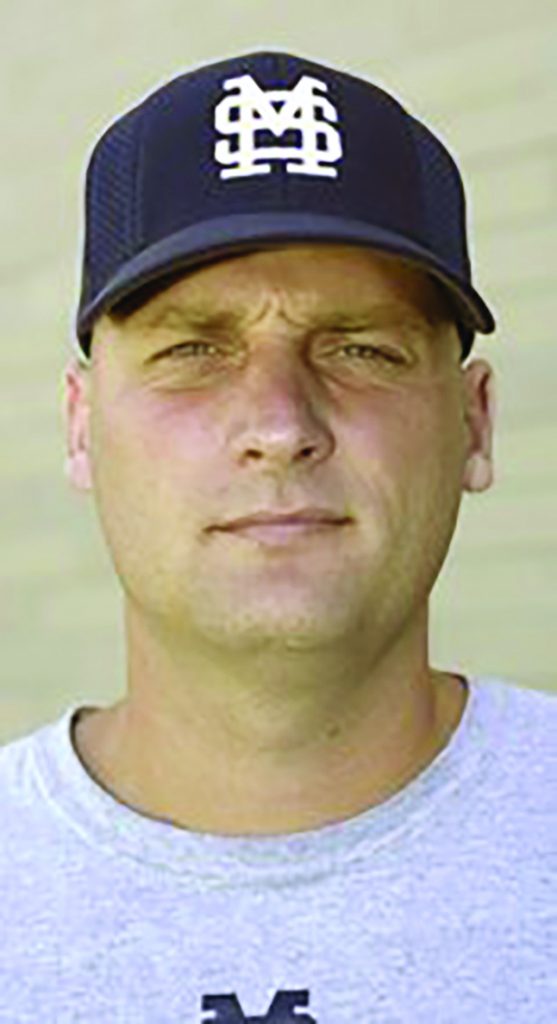 “I think last year motivated us this season,” said Koziak, whose team’s only loss this season was a close one to Muskegon in an O-K Black Conference showdown. “All the kids came out and played well. You can get that sixth win and know you’re going to get in, but it’s still nice to find out who you’re going to play.”

Koziak said he’s pretty familiar with Portage Central, a team that has similarities with his Sailors.

“They’re an option team like us,” he said. “I’ve seen some film on them. They do a great job with that offense. They are well-coached and used to winning.

“All the teams we play are going to be good now. You have to play well that night. Every game is going to be a challenge.”

A total of eight area teams have qualified for the playoffs, and all learned their first-round opponents when the state playoff brackets were announced by the Michigan High School Athletic Association on Sunday night.

Dates and times for next weekend’s games will be announced by host schools on Monday.

Another area team that’s very happy to be back in the postseason is North Muskegon, which hasn’t made an appearance since 2009.

The Norse battled their way through a 6-3 regular season this fall, and qualified for the playoffs in their final regular season game last Friday, a 36-12 victory over Orchard View .

“This is a really exciting time for our program,” said North Muskegon Coach Larry Witham, a second-year coach who will be making his first playoff appearance. “It (the playoffs) is a dream come true for a lot of these kids. I just couldn’t be more happy for our team, our coaches, and our community.” 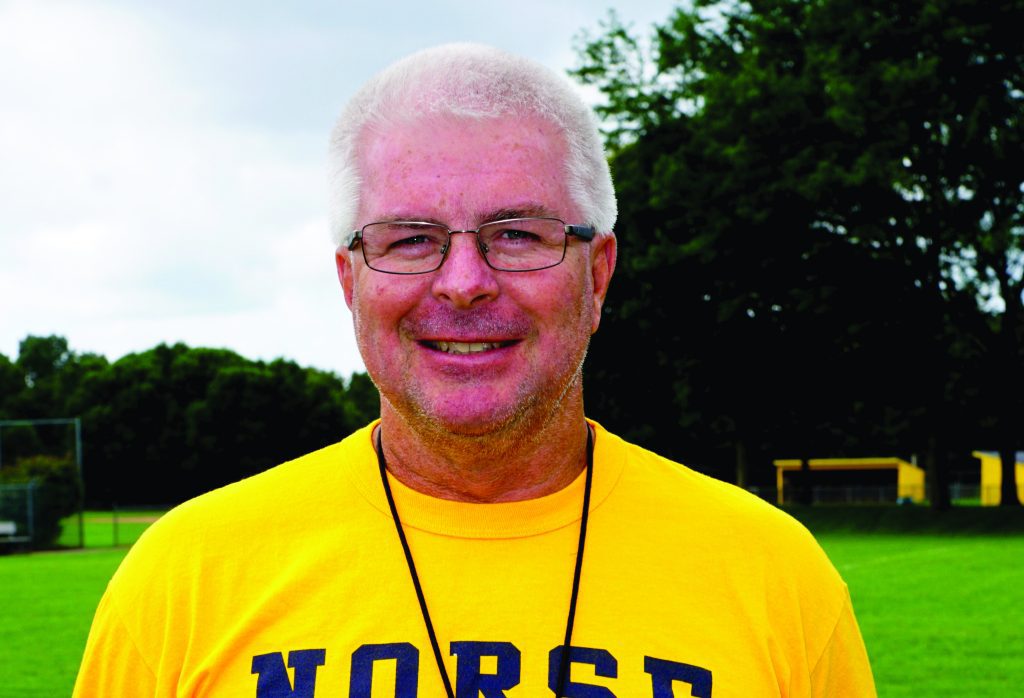 While the Norse are back in the postseason, they will have a difficult challenge in their first game. They will visit West Michigan Conference foe Oakridge, and will have to do better than they did in Week 2, when they fell to the Eagles 42-14.

“We must neutralize the things they do well,” Witham said. “(Oakridge running backs) Leroy Quinn and Blake Masterman are so dynamic, and they are so big up front, we need to take away that power run game.

“We will also need to muster enough offense to keep theirs off the field.”

In Division 8, the Muskegon Catholic Crusaders (7-1) will begin their quest for a fifth consecutive state championship when they host Decatur (6-3) next weekend.

It will be the first time in three years that the Crusaders will not open the playoffs against Mount Pleasant Sacred Heart.

The Crusaders, 7-1, will be trying to rebound from their only loss of the season, a 34-10 setback to undefeated Montague last Friday. 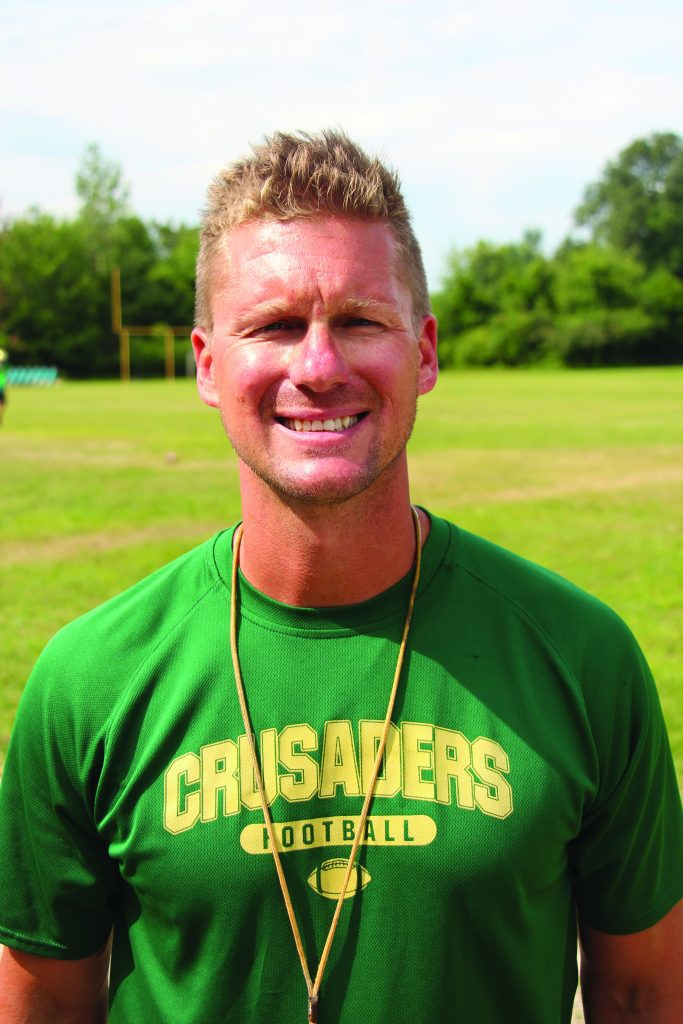 “They know it’s playoff time,” said MCC Coach Steve Czerwon about his players. “That game was kind of playing with house money. We didn’t win, but the goal that we have is still there and intact. I think the kids know that it’s playoff time and you win or go home.”

Czerwon said he and his staff are already starting to prepare for Decatur, a team the Crusaders have not seen in some time.

“They beat us in 2002 in the playoffs at Catholic,” he said. “We haven’t played them since then, but we’re up at the school working right now.”

In Division 3, the undefeated and No. 1 ranked Muskegon Big Reds will open the playoffs at home against Holland, a 6-3 squad. The Big Reds will be trying to reach the state finals for the fifth time in the last six years.

In Division 4, Whitehall, which finished 6-3 after playing a bruising regular season schedule, will travel to Belding (7-2) for its first playoff matchup.

In Division 6, two local undefeated teams could be headed for a second-round showdown

Montague, 9-0 and the champion of the West Michigan Conference, will host Lakeview (6-3) in the first round, while Kent City, also 9-0 and champion of the CSAA Silver, will have a rematch against conference foe Morley-Stanwood next weekend.

If Montague and Kent City win, they will play in the second round in a rematch of last season’s first round game, when Kent City upset the Wildcats 20-19.

Game days and times will be announced by host schools on Monday..