Kent City rolls past Morley-Stanwood, sets up showdown with Montague

Gio Weeks scored on a 14 and three yard run to give Kent City at 14-0 lead after one quarter.

Hulices Hernandez score the lone second quarter points when he converted a 40-yard field goal to give Kent City a 17-0 halftime lead.

Cody Bowers punched in the lone third quarter score on a one-yard touchdown run to give the Eagles a 24-0 advantage heading into the fourth quarter. 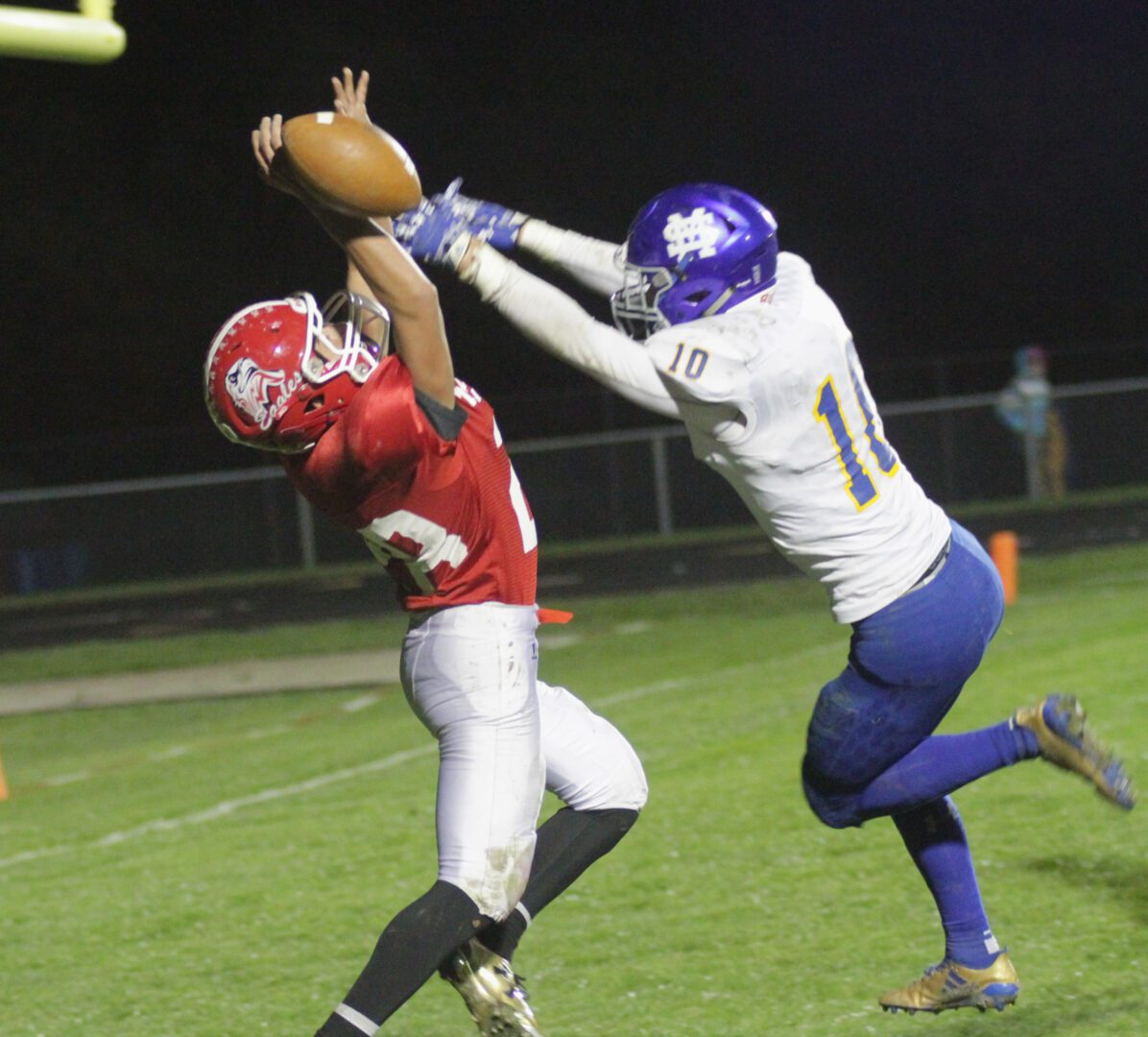 In the fourth quarter, Enrique Cruz capped off the Kent City scoring with a four-yard touchdown run.

The Eagles held Morley Stanwood to 40 first half yards and 190 total yards on the night. Cruz and Bowers each had four tackles to lead the Kent City defense.

Kent City will next face Montague in the district final next weekend which is a 2016 rematch, in which Kent City won 20-19.

“We know they’re an outstanding team,” said Kent City head coach Bill Crane about Montague. “We know it’ll be a battle and it’s pretty neat. I told the guys after the game tonight that they’ve worked really hard to put themselves in the position of two 10-0 teams battling for a championship.

“We know we’ll have to play a great game and hopefully give them all they can handle next week.”

John Meek carries the ball in the backfield as Morley Starwood’s No. 20 Callan Dillree and No. 32 Xavier Raven try to make the stop. Photo/Scott Stone