Of the three LSJ Spotlight Games this week, one clearly stands out above the rest – the annual Montague-Oakridge showdown.

As usual, the game will go a long way toward determining the West Michigan Conference championship. Montague is in first place in the conference with two league games to go, while Oakridge and Whitehall are tied for second, one game behind.

Even if they weren’t playing for championships, the Wildcats and Eagles always put on a great show, with a long history of thrilling games that are not settled until the final seconds.

“It may be that we’re more like them than we think we are,” Montague Coach Pat Collins said about Oakridge. “We both have tough kids, we both love football, and both communities love football. 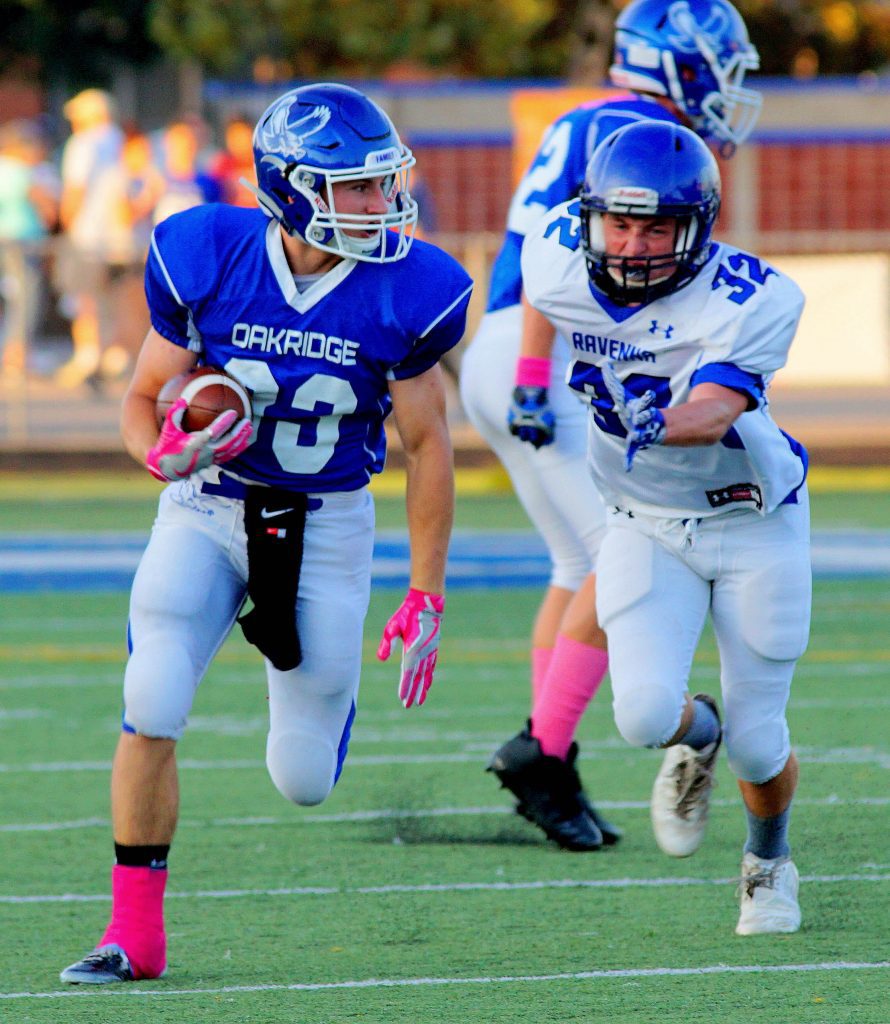 “We’ve been two of the top teams in the league for quite a long time. We’ve pushed them to do well and they’ve pushed us.”

LocalSportsJournal.com will also have live coverage of two other games: – Middleville (1-5) at Reeths-Puffer (3-3), as the Rockets will try to overcome the injury bug and keep their playoff hopes alive, and Kenowa Hills (2-4) at Muskegon (6-0), as the Big Reds try to keep their train rolling after outscoring their opponents by an incredible 346-21 margin so far this season.

But the biggest game will be at Montague, where fans will be hoping to see a contest as exciting as the last two.

Montague quarterback Jacob Buchberger scored an eight-yard touchdown to tie the game at 22-22 late in the third quarter.

Kolin Chahorski scored from short yardage for his fourth touchdown of the evening, putting Oakridge up 29-22 early in the fourth quarter.

The Wildcats responded when Buchberger hit Cameron Brayman for a 7-yard touchdown pass to tie things back up.

With just over two minutes left, Oakridge quarterback Brady Luttrull floated a pass up for James Cooper III  in the corner of the end zone, but Buchberger leaped and wrestled the ball away for an interception to keep the game tied. 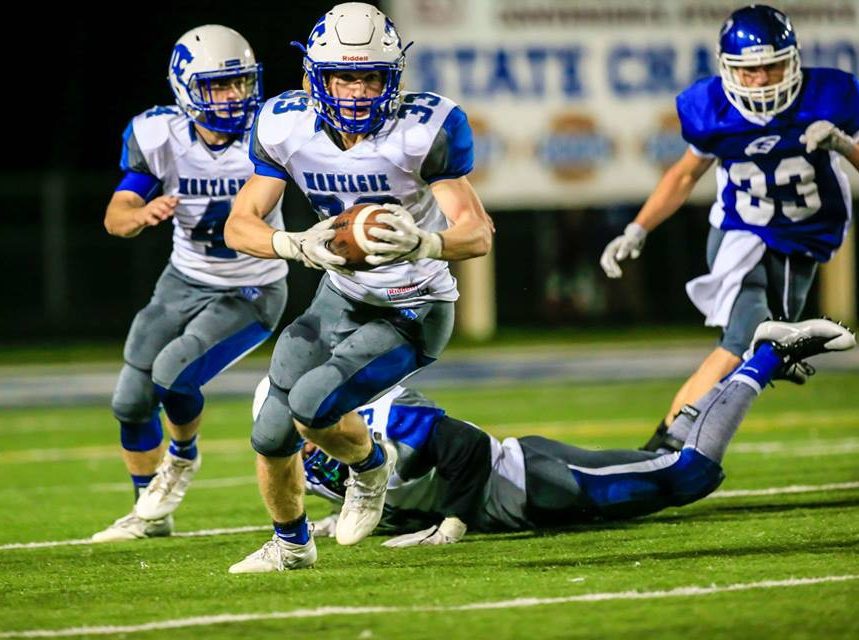 Buchberger punched in a short touchdown run  in overtime to give the Wildcats the lead.

Oakridge had a chance to equalize things on its OT possession. Luttrull fired a pass into the end zone, but Buchberger snagged his second interception of the game to ice the victory and the conference title for Montague.

Last year Oakridge turned the tables with a thrilling 31-28 come-from-behind victory to reclaim the conference title.

Luttrull, in the final season of a brilliant varsity career, had a bad moment late in the third quarter, when he fumbled on a keeper and Montague recovered the ball and ran it back for a touchdown.

But Luttrull sparked the decisive rally in the fourth quarter with a one-yard scoring burst, and later a dazzling 70-yard touchdown run.

Oakridge kicker Greg Garcia completed the thrilling comeback with a 21-yard field goal with 25 seconds remaining in the game.

Montague attempted a last-minute comeback. Quarterback Dylan Stever completed a pair of passes to Jake Jancek, but his Hail Mary attempt with one second left was knocked down in the end zone by the Eagles’ Marcus Stewart.

There have been many other thrilling chapters in this storied rivalry.

Overall Oakridge has a commanding 34-19 lead in the series, and the Eagles have won five of the last six meetings.

Forward to Friday night at Montague, when both teams will have a great deal on the line.

Several Wildcats had big games in Friday’s easy win over Hart. Quarterback Sebastian Archer was 9 of 16 passing for 152 yards, running back Bryce Stark had 166 yards on 13 carries, Blake Jones had 56 yards on five carries, and Kenyan Johnston caught four passes for 65 yards.

Montague, which is ranked third in the state in Division 6, will have one conference game remaining next week against Ravenna.

Oakridge, 5-1 overall and 4-1 in conference play. can put itself in position to share the league championship with a victory.

Masterman had five touchdowns in the game, including four in the second quarter.

Oakridge is ranked sixth in the state in Division 5.

“It’s very exciting,” Collins said about the week leading up to the Oakridge game. “It’s two great teams going head-to-head, and that’s what it’s all about.”