It’s getting to be an annual challenge for the Whitehall football team.

Every year for the past three seasons, the Vikings have entered Week 8 of the season needing at

least one victory to qualify for the playoffs.

This year they have a particularly tough assignment. The Vikings, 5-2 on the season, need to win one of their last two games, and neither will be a walk in the park.

On Friday they will visit a five-win North Muskegon squad in a West Michigan Conference game. Next week they travel to play currently undefeated Battle Creek Harper Creek, which is ranked fifth in the state in the Division 3 Associated Press poll.

Last year the Vikings started out 3-0, lost their next three, then won their last three games to get into the postseason with a 6-3 record. 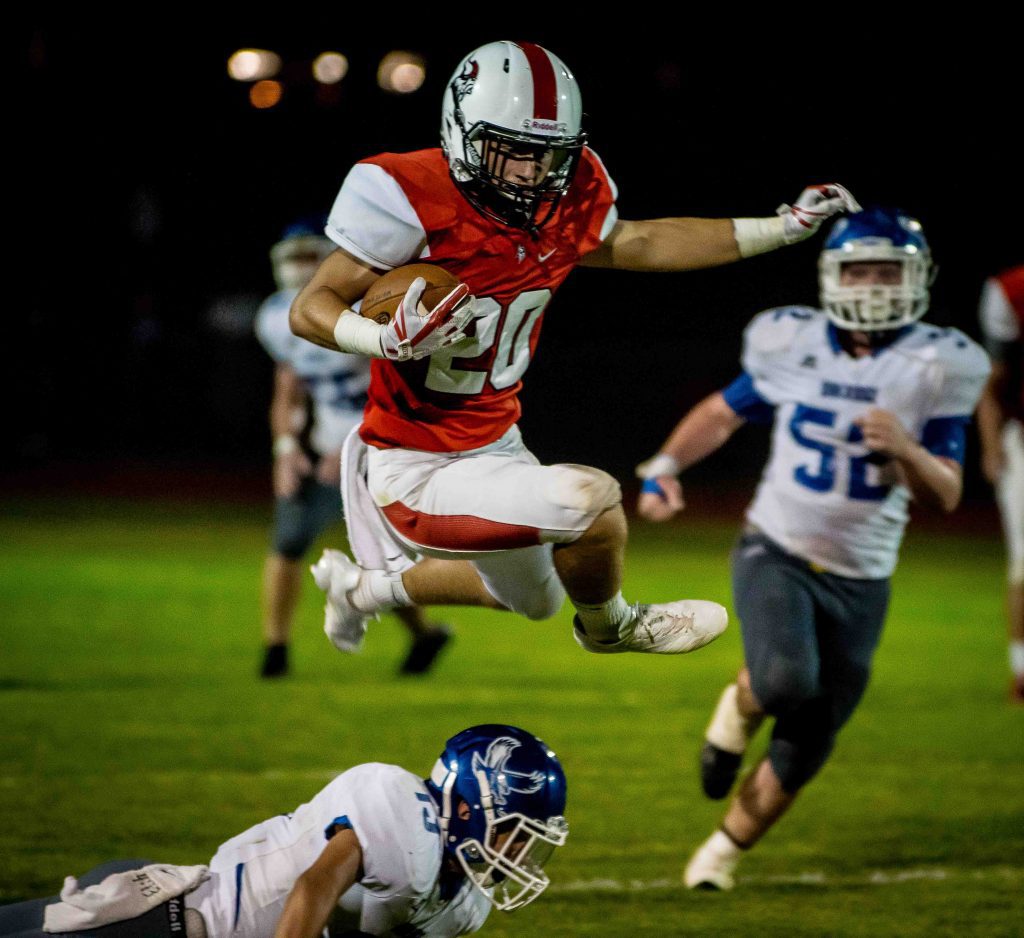 In 2016, Whitehall started out 4-0 before losing three straight games. The Vikings then beat Shelby in Week 8 and one-loss Harper Creek in the final week to squeeze into the playoffs.

“It’s one of those things,” said Whitehall head coach Tony Sigmon. “We can lean on past experiences, because we’re a senior-led group.

“Last year we were 4-3 so we had to win out and make it. But this year we’re 5-2, so it’s a little different. This is territory the kids have been in before, and hopefully we can pull from past experiences to guide us this week.”

Reeths-Puffer faces the toughest path, having to win both of its games to secure an invitation to the dance. The Rockets will face longtime rival Fruitport (2-5) on Friday, seeking to avenge last year’s loss to the Trojans, then will finish the regular season against conference foe Kenowa Hills, which is currently 2-5.

North Muskegon only needs to win one of its two remaining games, but they will both be tough – Whitehall this week, followed by rapidly-improving Orchard View (3-4) in Week 9.

Oakridge only needs to win one game to keep its 12-year playoff streak alive. The Eagles have a good chance of securing that victory on Friday against one-win Hart. If they somehow lose that game, the Eagles’ chances would boil down to their Week 9 matchup with Berrien Springs, which only has one loss this season.

Lumberjacks win another game convincingly, defeat Madison by a 7-1 margin