FRUITPORT – At the end of Saturday’s Division 2 district championship soccer game, David McHugh and his Reeths-Puffer teammates were shouting an unfamiliar chant:

When McHugh and his fellow seniors first hit varsity, the R-P boys program had never won a district championship.

But the Rockets broke through last fall with their first title, and followed up by beating Coopersville 2-0 at Fruitport High School on Saturday to win their second consecutive district championship.

It was a great accomplishment for a hard-working team that’s had better luck in the postseason in recent years than it has in the regular season. The Rockets finished fifth in the O-K Black Conference this fall before winning districts. 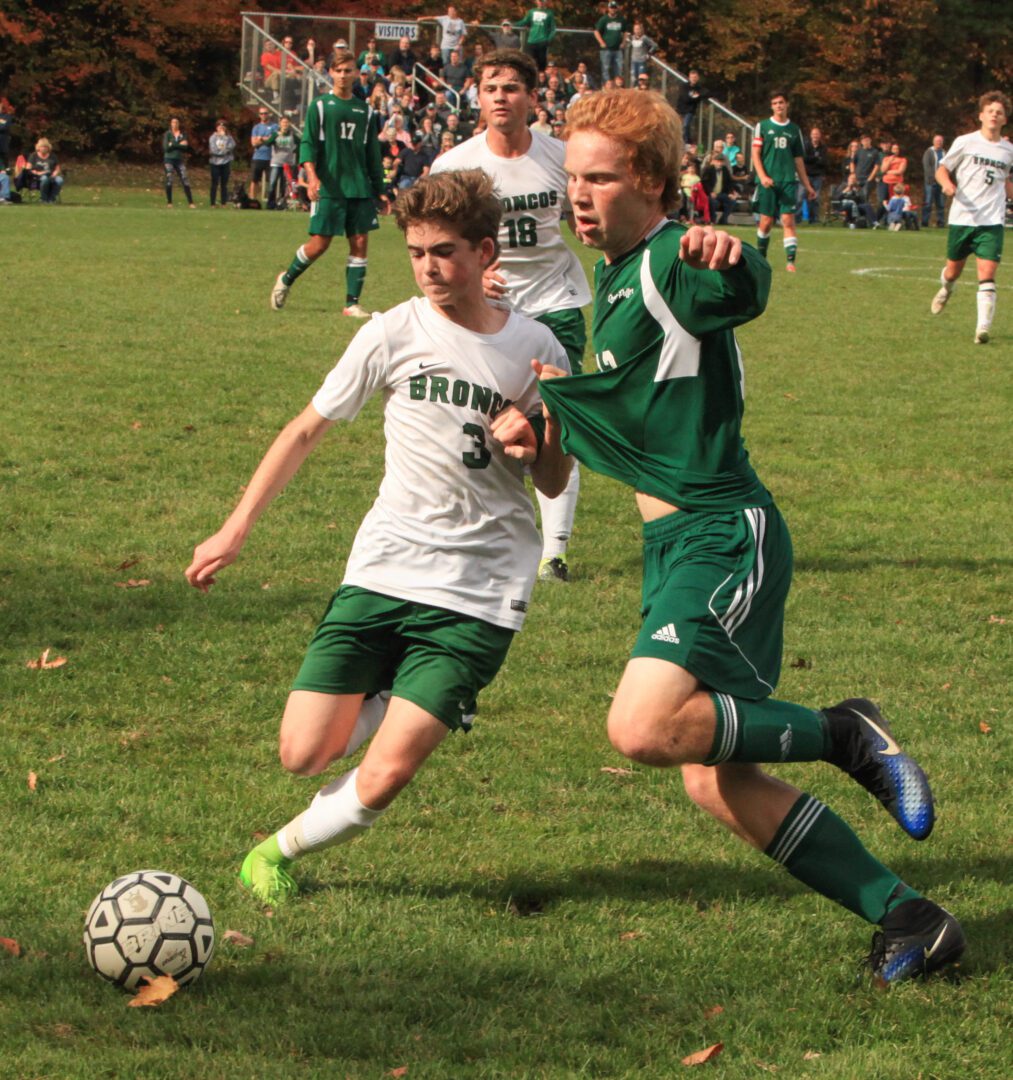 ‘It’s an amazing feeling,” said McHugh, who scored the first and what turned out to be the game-winning goal for the Rockets. “We kind of gained some confidence from winning it last year, and the seniors really wanted to win back-to-back. We’ve been kind of inconsistent throughout the year, but we play for October. That’s what our coach always says.”

The Rockets won the championship the way they’ve won a bunch of games this season – by shutout.

The good news for Reeths-Puffer is that Lofgren always has a lot of help. R-P’s defenders do a great job of keeping the ball away from him, and that was the case again on Saturday.

“The defense has been playing absolutely phenomenal,” said Reeths-Puffer Coach Keith Knapp, whose team is now 13-6-3 on the season and will advance to next week’s Division 2 regionals.

“It helps having a great goalkeeper who has been smashing all of our school records, but I have to give a lot of credit to Brayden Blackburn, Alex Visscher, Kyle McFalls, Steven Sasinski and the sophomore, Bradley Stephenson. Every one of them are excellent defenders, and they play as a unit really well. 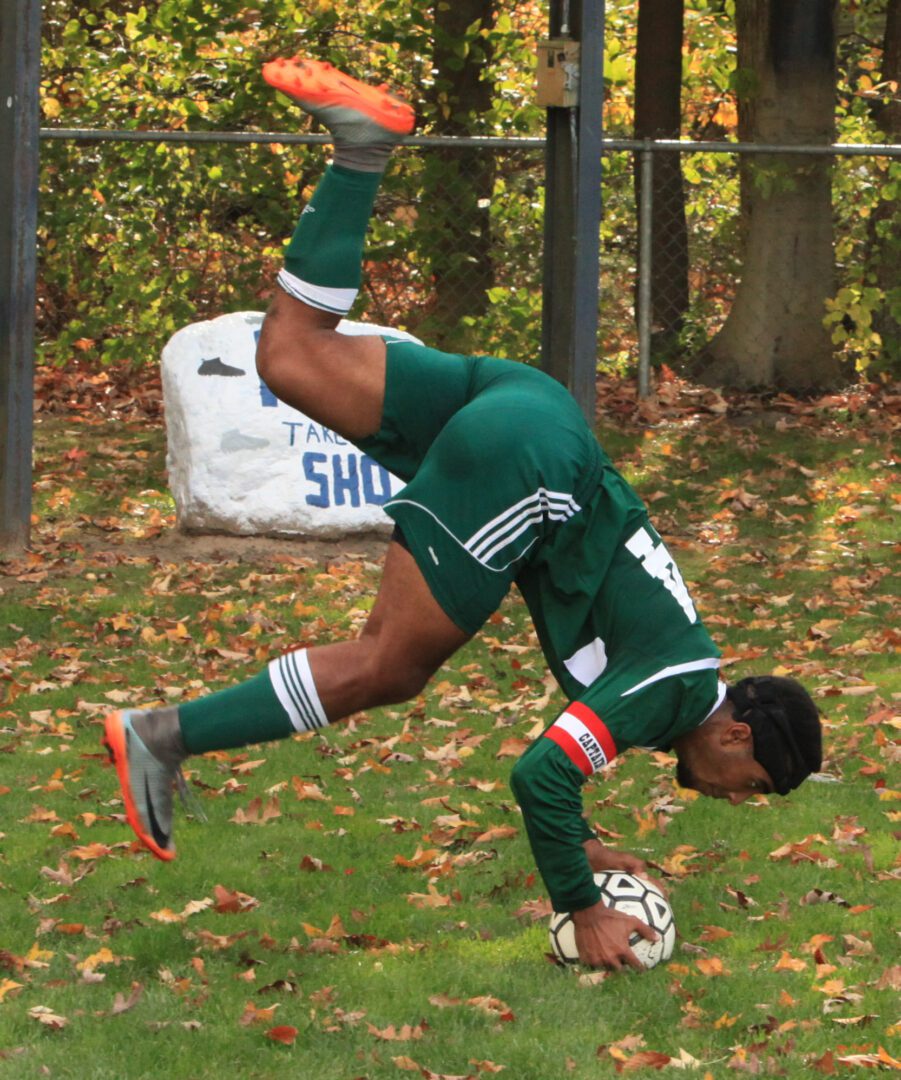 Reeths-Puffer’s Parker Aerts does a flip throw in during first half action. Photo/Jason Goorman

“They make sure the shots on goal are limited, and even the shots that we do give up are often contested and challenged.”

Reeths-Puffer scored the only goal of the first half about 10 minutes into the game when Parker Aerts made a long throw-in from the sideline, and McHugh was waiting in a pack near the goal and headed the ball into the Coopersville net.

“Parker had the long flip throw-in and it bounced off my head and went right in,” said McHugh, who now has 13 goals on the season.

The Rockets dominated offensively in the second half, outshooting the Broncos 8-2.

They added their insurance goal about six minutes into the second half when senior Zac Brosco chipped in a shot from close range.

When the game was over and the championship trophy was in hand, Knapp gave special credit to the 11 seniors on his team.

“We’ve got a great group of seniors this year – collectively they’ve done an amazing job of gelling together as a unit,” the coach said. “They are very competitive and very skilled. I really enjoy working with this group of guys.”