MUSKEGON TOWNSHIP – After shooting out to a 3-0 start this season, the Reeths-Puffer football team appeared to be headed for a definite playoff berth.

needing to win their final three games to qualify for the postseason.

On Friday, Reeths-Puffer took the first step toward that difficult goal with a hard-fought 20-15 win over Middleville Thornapple Kellogg.

“It means a lot to get back on track,” said Reeths-Puffer Coach Kyle Jewett. “Everybody knows we’ve had the injury bug, but so has everybody else.

The Rockets, now 4-3, will need to find a way to win two more times this year, first against Fruitport next Friday, then in the season finale against Kenowa Hills. 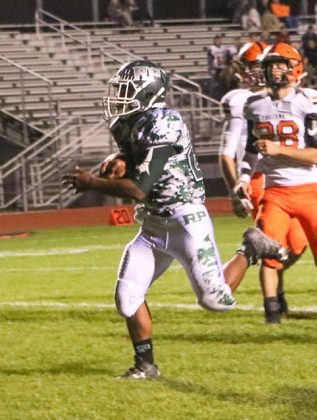 Coach Jewett knows his team has some work to do to finish strong.

“We’re young, and our young kids keep making mistakes,” Jewett said, referring particularly to his team’s penalties. “The personal fouls are something that we harp on every day. It comes back and bites us at inopportune times.

“We’ve now had a couple weeks of guys in new roles, and I just think the more they get used to their roles, the better off we’ll be.”

Thornapple Kellogg entered the game with just one win, but the Trojans put up a fight. The Rockets fell behind briefly in the fourth quarter, but retook the lead and turned it over to the defense to close the game.

Reeths-Puffer came up with two huge defensive stops in the final two minutes. The first came when Jalen Ware intercepted a pass by Kellogg’s Brendan Miller at the Reeths-Puffer 7-yard-line.

After the Rockets went three-and-out, and the Trojans used all three of their timeouts, Reeths-Puffer forced Miller to throw a pass for negative yardage, followed by three incompletions. The Rockets took over with 48 seconds left and took a knee to run out the clock. 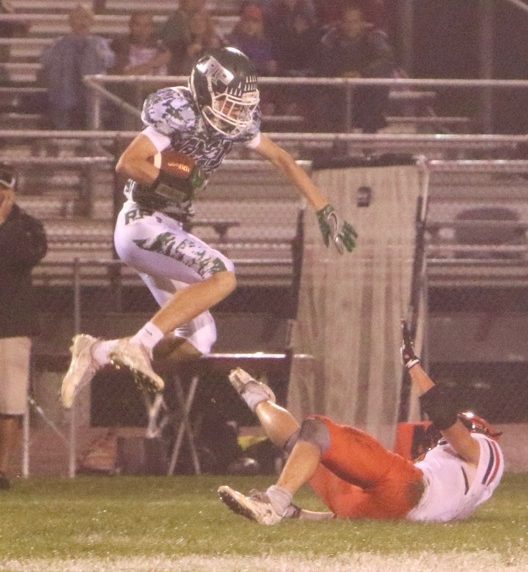 Reeths-Puffer got the scoring started on the first play of the second quarter, when Daven Fox found a hole for an 11-yard touchdown run to make it 7-0. The Trojans got on the board on a one-yard keeper by Miller with 6:30 to play in the first half to tie the score.

The Rockets picked up a three-yard touchdown run by Nicholas Dailey with one minute remaining in the half to take a 14-7 lead at the break.

Thornapple Kellogg took their first, and only, lead of the game with eight minutes to go in the third quarter on a seven-yard run by Jordan Roobol. Miller ran the conversion on a fake kick to make it 15-14.

The big play of the game came just 90 seconds later when R-P quarterback Logan Hekkema found Carter Fulton streaking down the sideline for an 82-yard touchdown to put the Rockets ahead for good at 20-15.

Hekkema was 13-for-21 passing for 213 yards, a touchdown and one interception. He also ran for 34 yards on three carries. Fulton caught seven passes for 153 yards and one score. Dailey ran for a team high 46 yards.

Gary Humphrey III and Hunter McCall each had nine tackles to lead the Rockets. 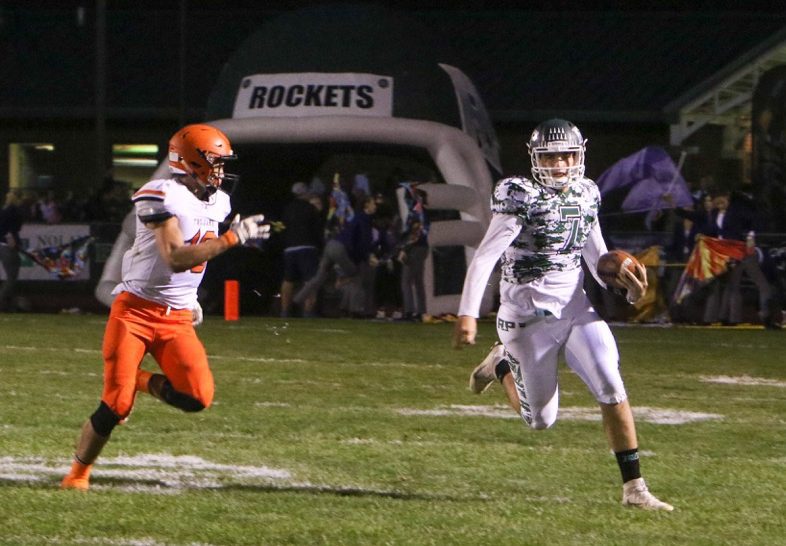 Logan Hekkema goes around the outside for Reeths-Puffer. Photo/Joe Lane 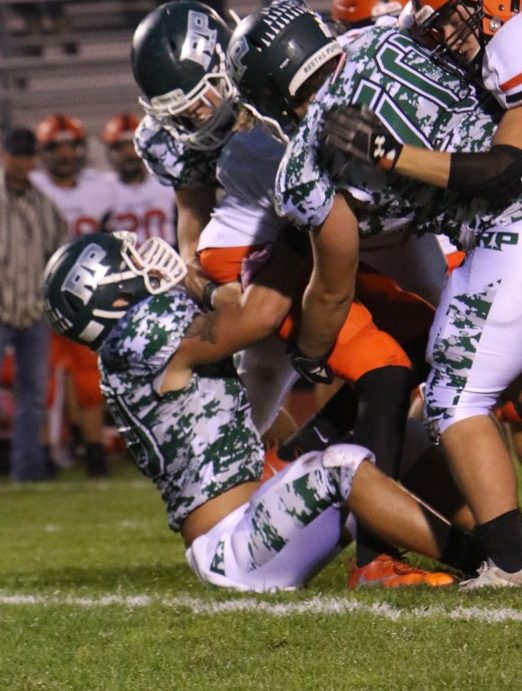 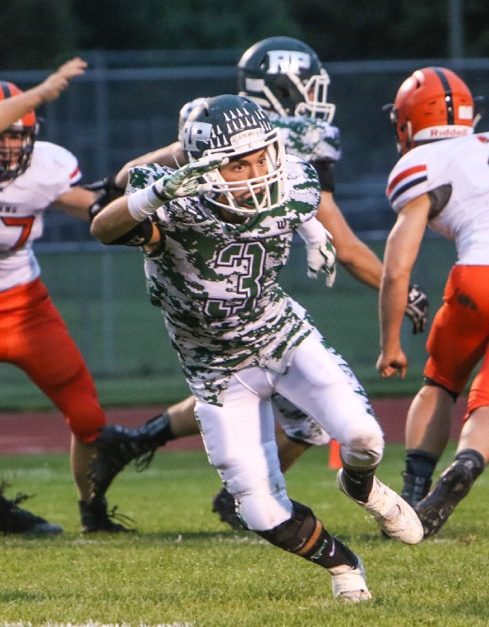 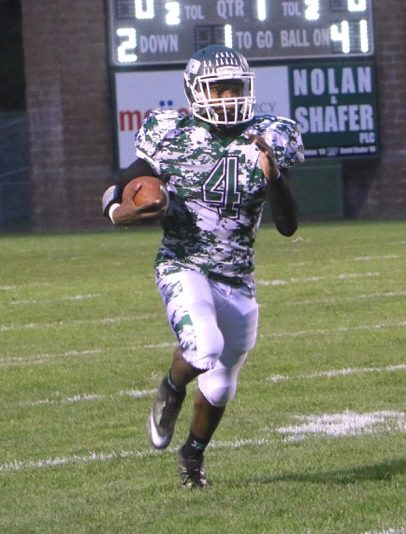