The Shelby football team defeated Hesperia 21-19 on Friday for the program’s first win since September 26, 2014.

The victory broke a 30-game losing streak for the Tigers.

The kids continue to work hard and we talk every week about improving. Every week I’ve thought we were improving in different areas.

“We got where we needed to be. Hesperia played us tough and they’re a tough group of kids. They were fighting for that one win, too.”

Hesperia’s Scott Peters found Cameron Follett for a 33-yard halfback pass touchdown, putting the Panthers ahead 7-0 in the first quarter.

Shelby responded with a Latrell Sobers 44-yard rushing touchdown, and Kristian Oberlin punched in a two-point conversion to give Shelby an 8-7 lead in the second quarter.

The Panthers responded with a 10-yard rushing touchdown by Zack Young to take a 13-8 lead in the second quarter.

Shelby took a 14-13 lead into halftime after Christian Cooper found Oberlin for a 21-yard passing touchdown.

With the score still 14-13 in the fourth quarter, Oberlin punched in the final Tiger touchdown of the night on a 41-yard run to extend the Shelby lead to 21-13.

Logan Balkema scored a three-yard rushing touchdown for the Panthers to cut the deficit to 21-19 in the fourth quarter.

The Tigers defense made its final stand late in the fourth quarter when Hesperia drove the ball down to the Shelby 34-yard line.

Facing fourth down, Hesperia was unable to get a first down and the Tigers got the ball and ran out the clock.

“We stopped them when they were going for it,” Rodriquez said. “It was elation out there. We were with the kids, jumping for joy, and we all looked like five year-olds at a birthday party.”

Hesperia, which finished the year 0-9, was led by Zach Young with 123 yards and a touchdown on 21 carries while Peters added 88 yards on 16 carries.

Peters had 14 tackles and Johnny Segura added 10 for the Panthers.

Mason County Central boys slip past Manistee, improve to 8-2 on the season 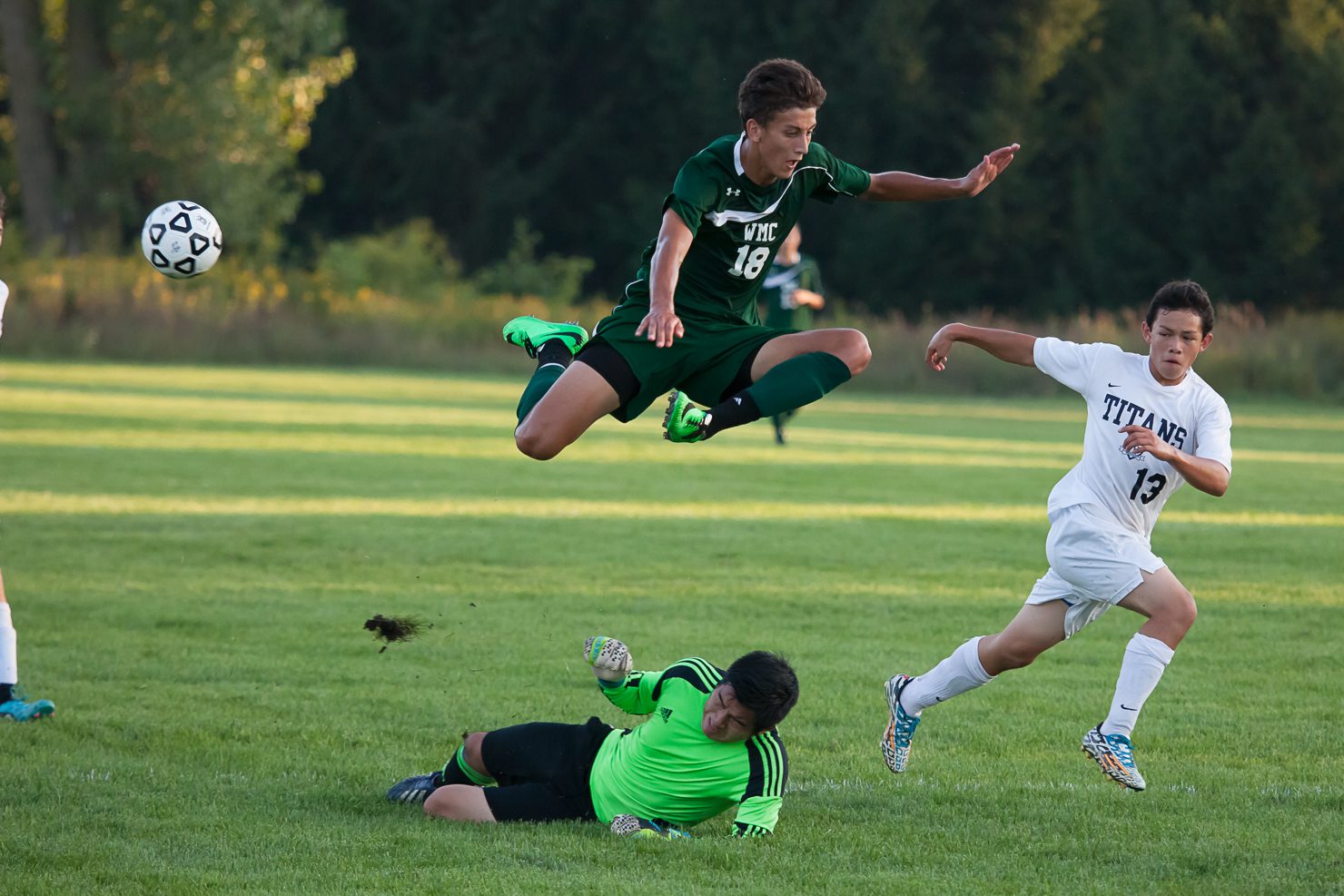