Now they will wait and see who their next opponent will be in next weekend’s district finals. MCC will play the winner of Saturday’s Mendon-St. Joseph Lake Michigan Catholic game.

The Crusaders look good early, scoring on their first possession, an 11-play, 91-yard drive that ended with Avery Evans-Davis scoring on a 3-yard run. 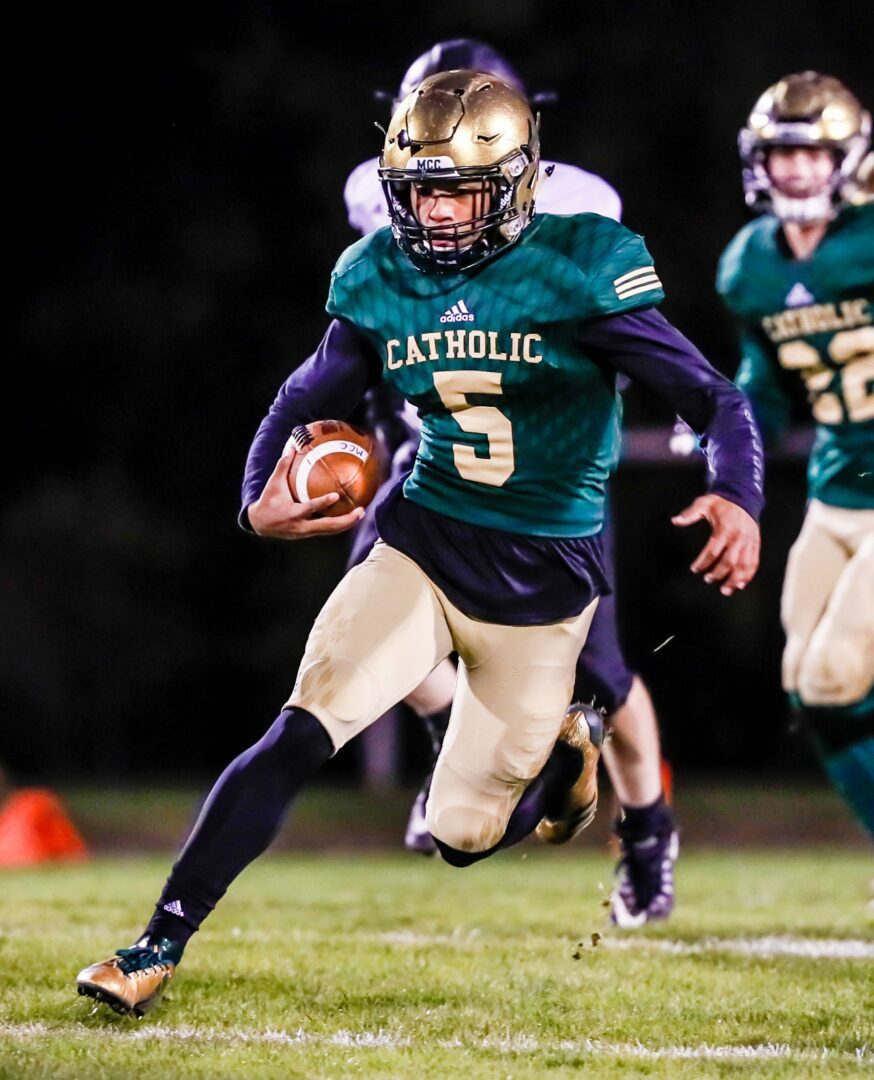 But the MCC watched Decatur rally to tie the game at 14-14 at halftime,

The Crusaders took the second half kickoff with hopes of putting down the Raiders for good. A key moment came when they faced a third-and-15 at the Decatur 45.

A defensive stop would have allowed the visitors to maintain the momentum. But the Raiders couldn’t stop MCC sophomore quarterback Cameron Martinez, who broke free for a 30-yard run to get the first down, and eventually capped the drive with a 23-yard touchdown run.

“That was just a good player making a good play,” MCC coach Steve Czerwon said about Martinez’ big run . “I’m proud of how this team played in the second half.”

Decatur, who hadn’t mustered much offense in the second half, put together an 82-yard drive that ended the third quarter, started the fourth and resulted in a touchdown, cutting MCC’s lead to 28-20. 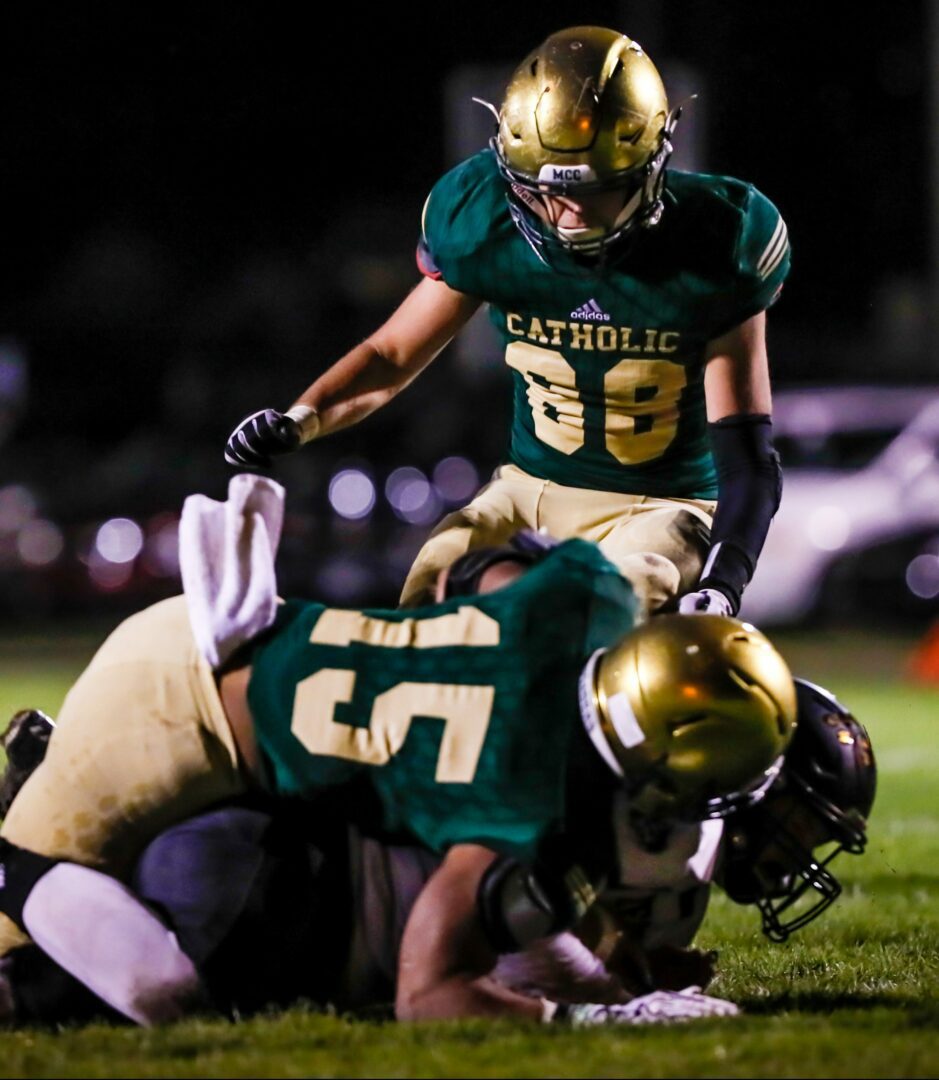 The Crusaders faced a fourth-and-2 at midfield on the ensuing drive, but elected to punt instead of going for it. It proved to be a good call when MCC punter Nolan Convertini pinned the Raiders at their own seven-yard line.

“I’m pretty confident in our defense,” Czerwon said. “We had an eight-point lead and we would rather make them go 90 yards instead of 50.”

The Crusader defense held Decatur to a three-and-out, and Martinez returned the ensuing punt 22 yards to the Raiders 30.

Five plays later, Fisher-Steigman scored from a yard out, giving MCC a 35-20 lead with 4:29 left in the game.

Fisher-Steigman added a 10-yard TD run with 1:31 left for the final score.

Martinez and Davis both finished with 132 rushing yards, and Fisher-Steigman added 83.

Convertini, Jacob Martinez and Isaiah Reyes had five tackles each, and Caleb Muskovin finished with an interception for the Crusaders.