The Whitehall football team ended its season abruptly on Friday night in a Division 4 pre-district game.

The Vikings lost their halftime lead and fell to Belding 38-36 to end their season with a 6-4 record.

Whitehall trailed 14-7 after the first quarter, led 29-24 at halftime and were down 38-36 after three quarters before both teams failed to score in the final stanza.

Belding jumped out to a 14-0 lead before the Vikings scored on a
27-yard touchdown run by Kayleb Venema to cut Whitehall’s deficit to 14-7 after the first. 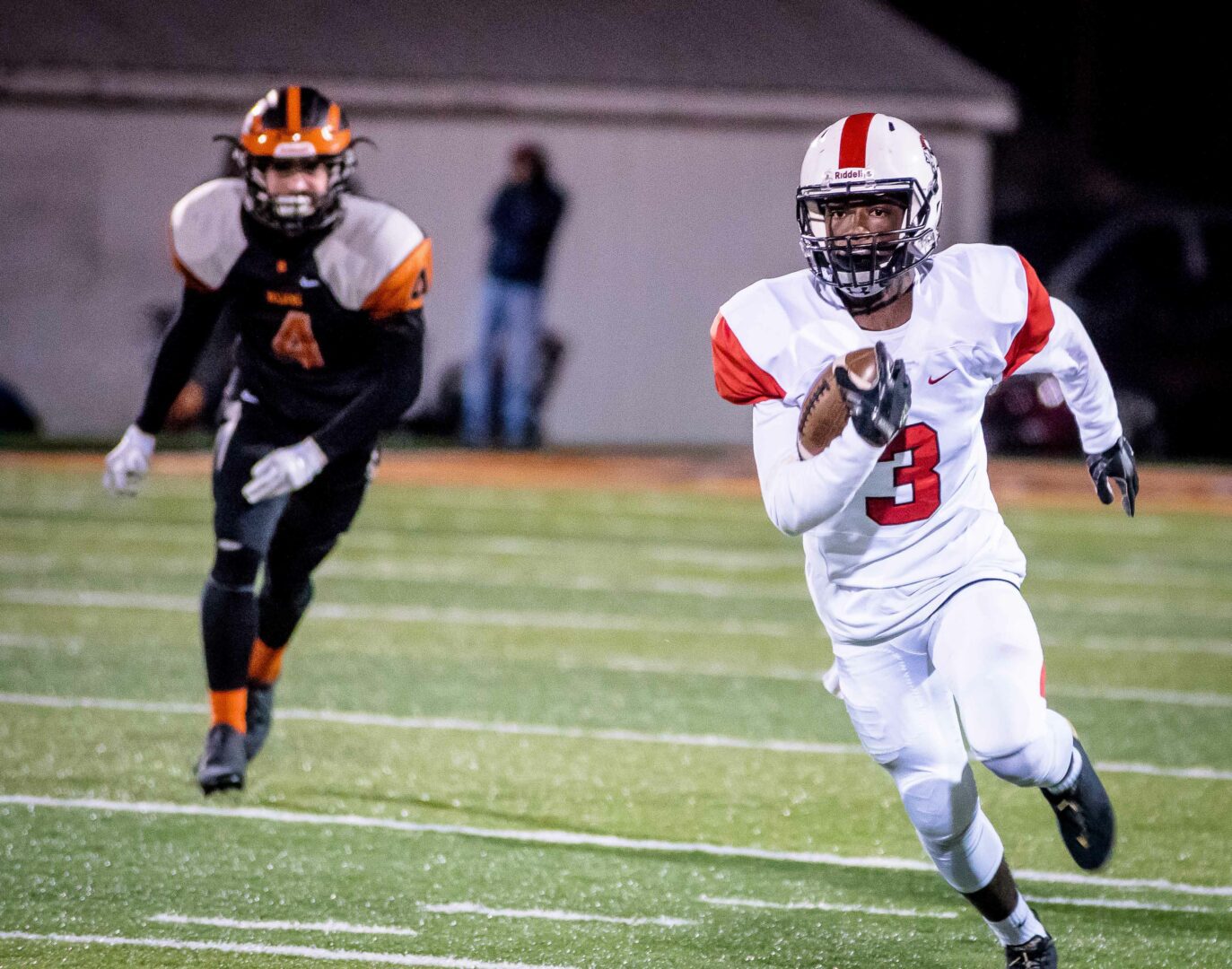 Whitehall tied the game 14-14 with 10:47 left in the second quarter on a 19-yard touchdown pass from Justin Brown to Jack MacArthur.

The Vikings took their first lead of the contest, responding to a Belding field goal with a five-yard touchdown run by Brown with 3:23 left in the second quarter to take a 21-17 advantage.

Whitehall increased its lead to 29-17 on a 70-yard punt return by Terrell Harris and two-point conversion run from Tylor Russell.

Belding closed out the first half with a touchdown, then scored the first 14 points of the third quarter to take a 38-29 lead.

The Vikings cut their deficit to 38-36 with 3:21 left in the third on a 15-yard run by Venema, but failed to score again in the final 15 minutes of the game.

Venema paced the Whitehall offense with 88 rushing yards on 10 carries and two touchdowns while Brown went 8 for 14 passing for 61 yards and a score.

The Vikings defense was led by Derek McCollom with nine tackles while MacArthur and Kyler Honore had eight apiece.