next few weeks – and it happened on Tuesday.

Grand Haven lost in three straight sets to Grand Rapids Christian in the Class A regional semifinals at Jenison high school. The Buccaneers lost via set scores of 25-13, 25-14 and 25-16.

While the Bucs’ season is over, senior standout Olivia Boeve noted that Grand Haven, which had a younger squad this season, still accomplished a lot.

“I think about all the people that underestimated us, and then we came on strong and finished strong through districts,” said Boeve, who joined Olivia Sanborn, Kelly Klouw and Lauren Jonker as the seniors on the roster. “We played a really good team and played through. Even if we didn’t win, it was a good night for us.”

Grand Rapids Christian came into the match ranked third in the state in Class A, and Grand Haven head coach Aaron Smaka knew his team would have its hands full. 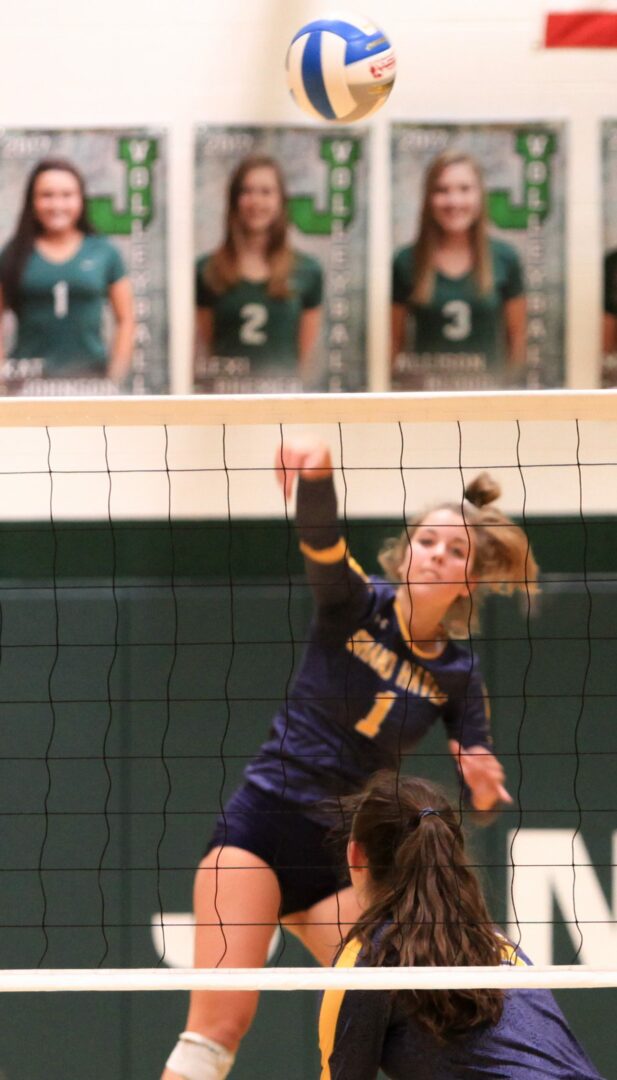 “They are a great team,” Smaka said. “They’re ranked number three in the state for a reason. They’re really, really good and they played really, really well tonight, and we didn’t.

“I thought our kids fought and played hard. We gave up runs and streaks, but I don’t feel like we ever didn’t think we had a chance. But at the same time, we knew their offense would be fast.”

Grand Haven was led by sophomore Ashley Slater with nine kills. Boeve was limited to four kills on a night when she was also battling illness.

Avery Strohmeyer, another big hitter for Grand Haven, went down with an injury in the second set and didn’t return, which also limited the Buccaneers’ attack.

“Olivia was sick,” Smaka said. “She was really struggling throughout the day, and then when Avery went down it didn’t help us, even though it didn’t determine the game.”

Boeve finished her career ranked fourth on the all-time Grand Haven kill list, and after the match she said that means a lot to her.

“I just have to thank the program for that,” Boeve said about her place in Grand Haven history. “They set me up to succeed, and I couldn’t be any happier. We have great setters and great kids – it’s all them.”

Jenison will next face either Rockford or Hudsonville at 7 p.m. on Thursday at Jenison High School in the Class A regional final. 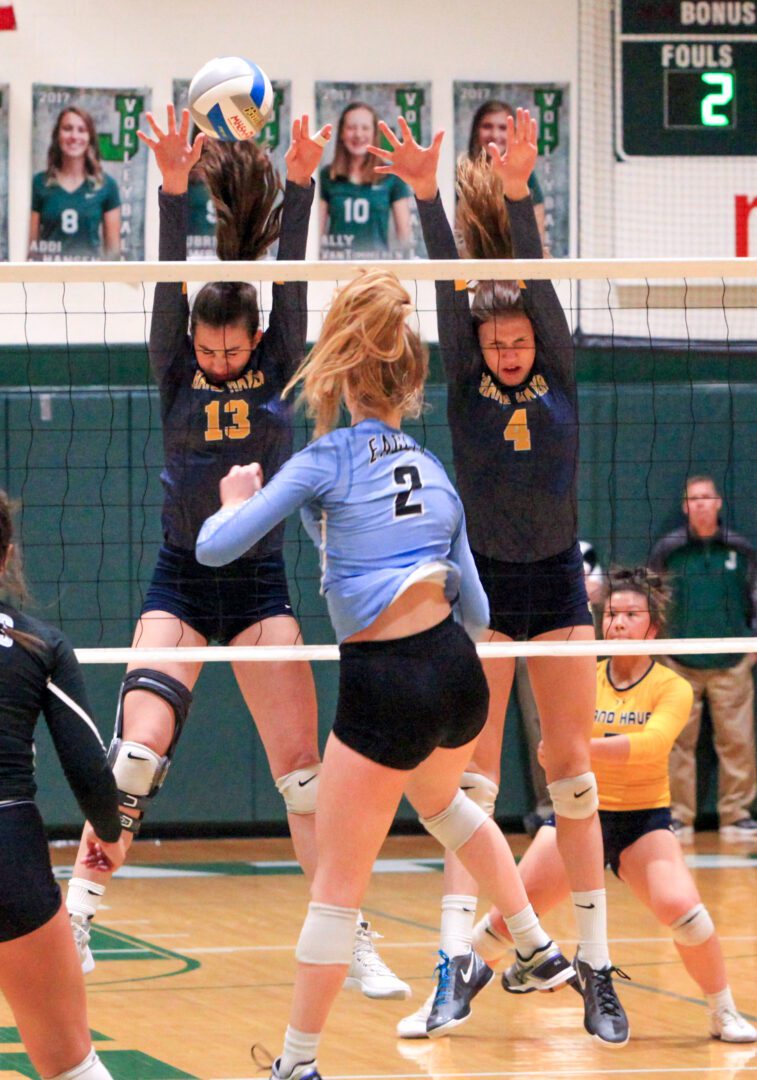 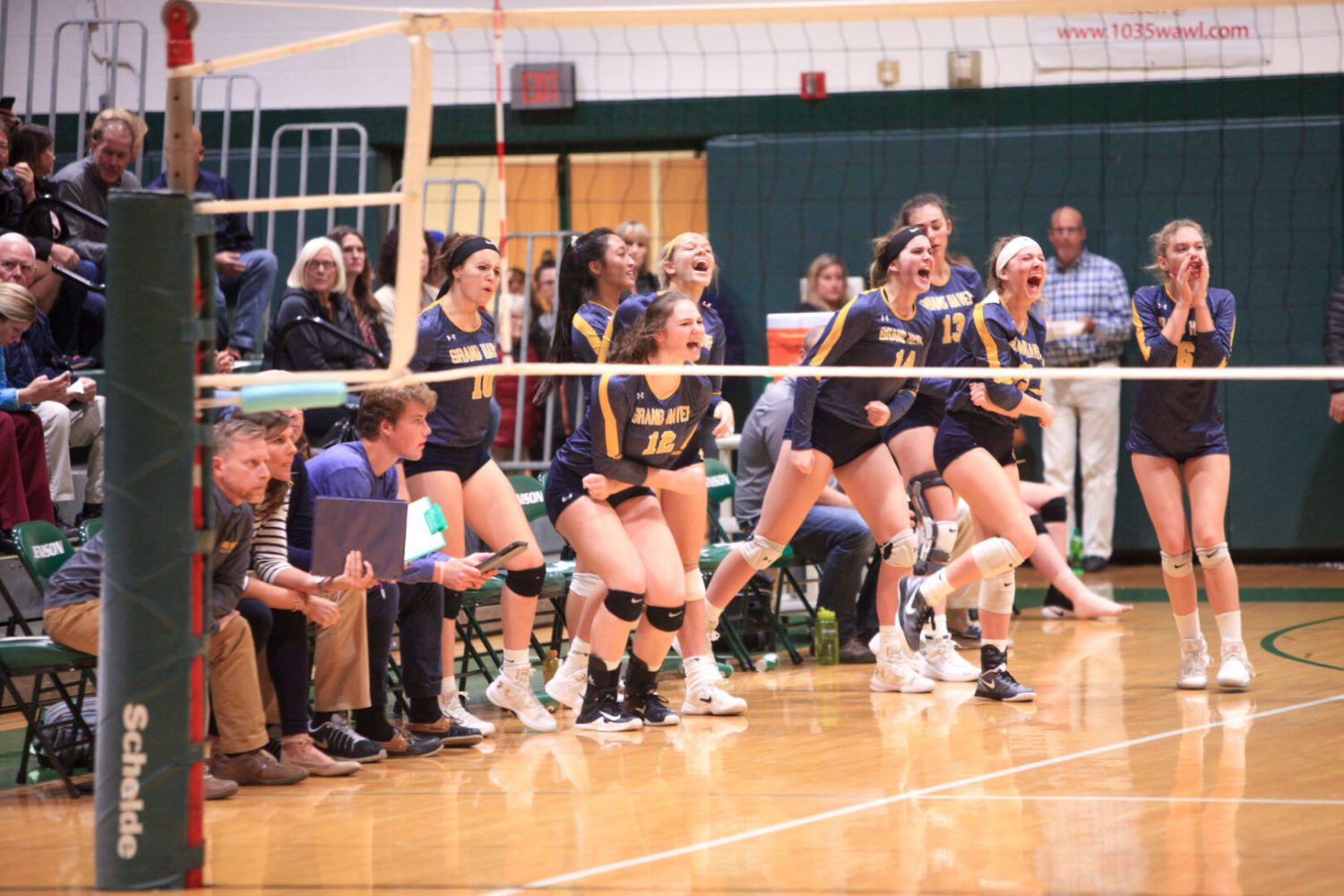 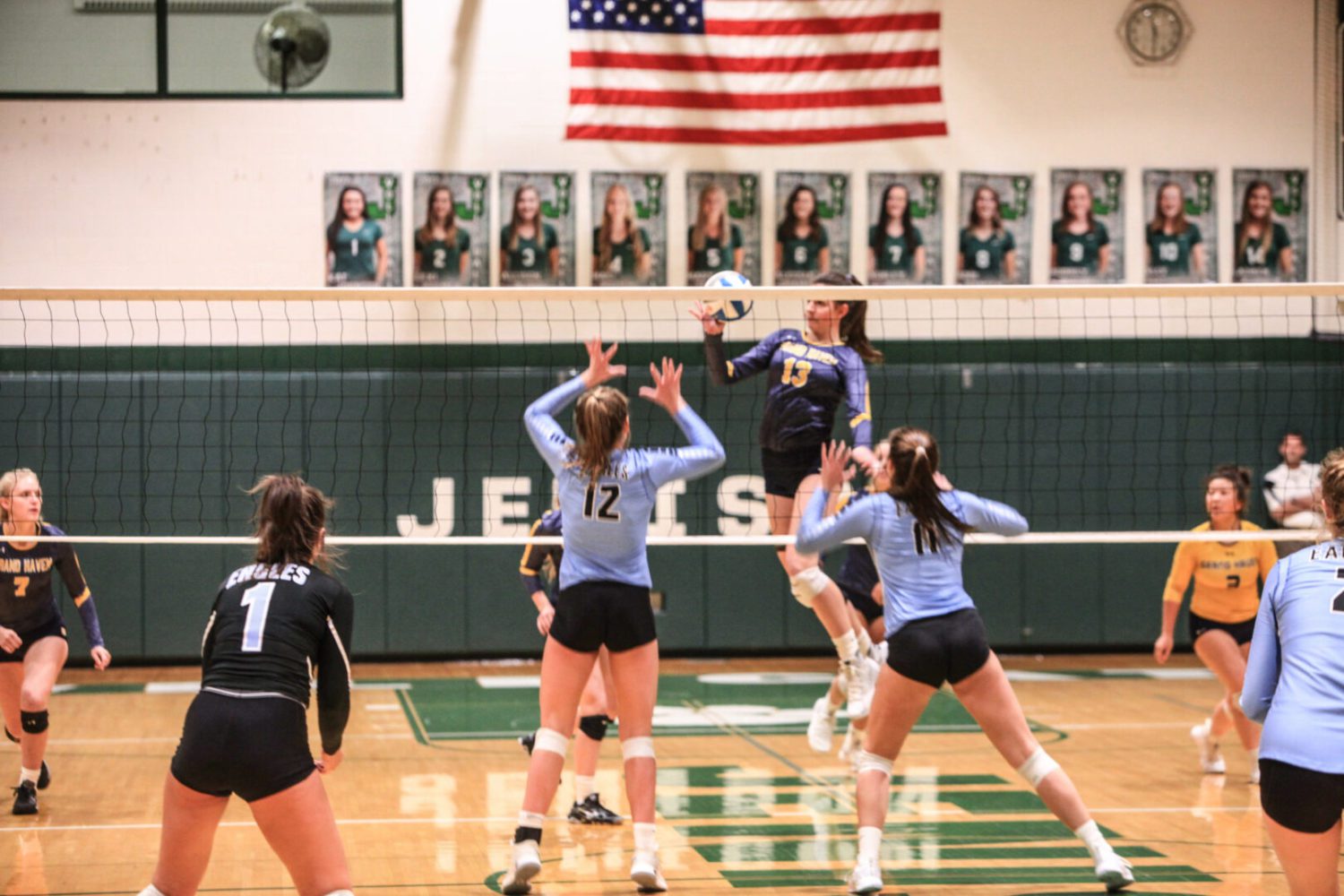 Grand Haven’s No. 13 Evelyn Lepo makes the play at the net. Photo/Jason Goorman