MUSKEGON – After a great career that culminated in a state championship at Muskegon High School, star

Jefferson publicly announced his plans on Saturday. He said he will sign a national letter of intent with MSU on Dec. 20 or 22, probably at Muskegon High School. 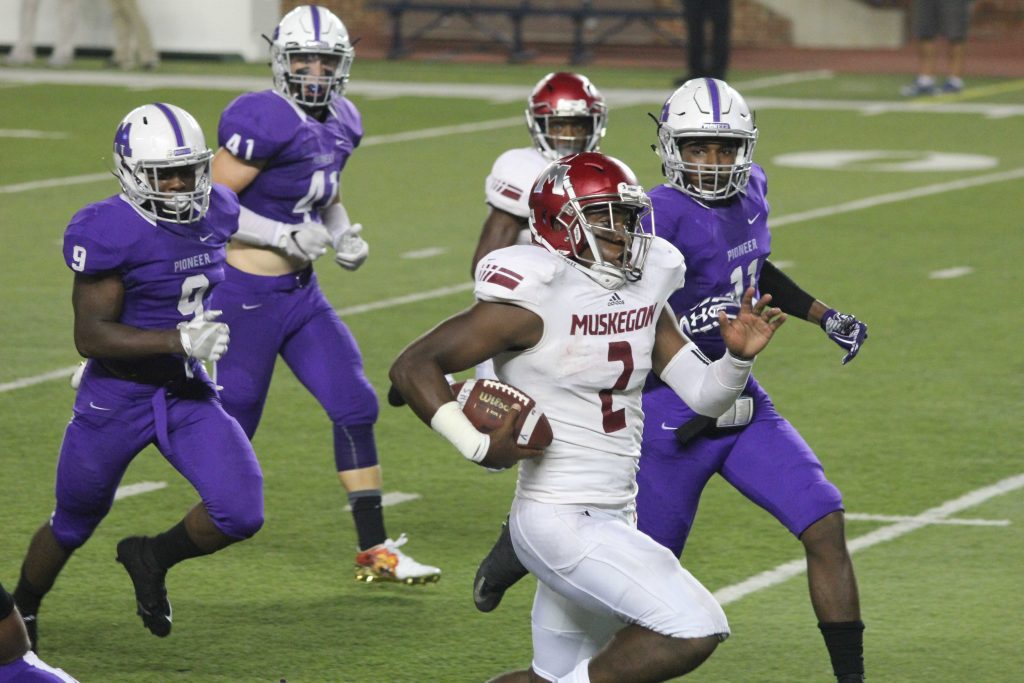 “I will be taking my talents to East Lansing,” Jefferson announced on Twitter. “I am a Michigan State Spartan. I’m very, very blessed and ready to begin my quest on this great long journey at the next level.”

Contrary to popular opinion, Jefferson said a recent scholarship offer from MSU was not the reason he backed out of his original commitment to attend the University of Central Florida.

He said a coaching change at UCF prompted him to back out, and the offer from the Spartans came a few days later.

Jefferson said he made an official visit to MSU on the weekend of the Penn State game, and was pretty much sold on the Spartans.

“It’s close to home – I really don’t have to go anywhere,” Jefferson told LocalSportsJournal.com. “It was the class they have coming in, and the coaching staff. They can prepare me for the next level. They can help me improve and grow, both as an athlete and as a human being.” 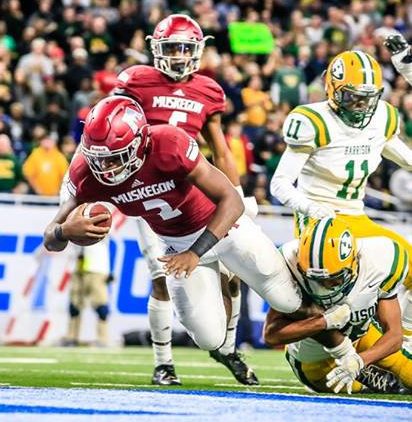 Jefferson said he was particularly impressed with the close-knit atmosphere of the MSU program, and really liked MSU head coach Mark Dantonio.

“It’s just a big family there,” he said. “It’s all love. Coach Dantonio is one of the greatest people I’ve ever met. He’s really down to earth.”

Jefferson’s announcement came exactly two weeks after he led the Big Reds to a 28-10 victory over Farmington Hills Harrison in the Division 3 state championship game at Ford Field in Detroit.

Jefferson was the undisputed star of the game, rushing for 245 yards and four touchdowns.

The victory put an exclamation point on a perfect 14-0 season for the Big Reds, and ended their four-game losing streak in the state finals.

Jefferson finished his senior season with 2,095 yards rushing and 33 touchdowns, and more than 1,200 yards passing and 21 touchdowns.

“I’m still excited,” Jefferson said about winning the state title. “It’s something I’ve been dreaming about since the seventh grade.”

Despite being a legitimate dual-threat quarterback in high school, with great running ability and a strong arm, Jefferson said he was recruited as an “athlete” by MSU, and could end up playing running back.

He said he doesn’t mind, just so he can continue to develop his skills for an eventual chance to play professional football.

For any Michigan fans who were holding out hope that Jefferson might end up in Ann Arbor, he said that he was never contacted by the Wolverines.

When asked if he will make it a personal goal to beat U-M during his MSU career, Jefferson said, “I just want to focus on winning championships. If they’re in the way, then I guess.”